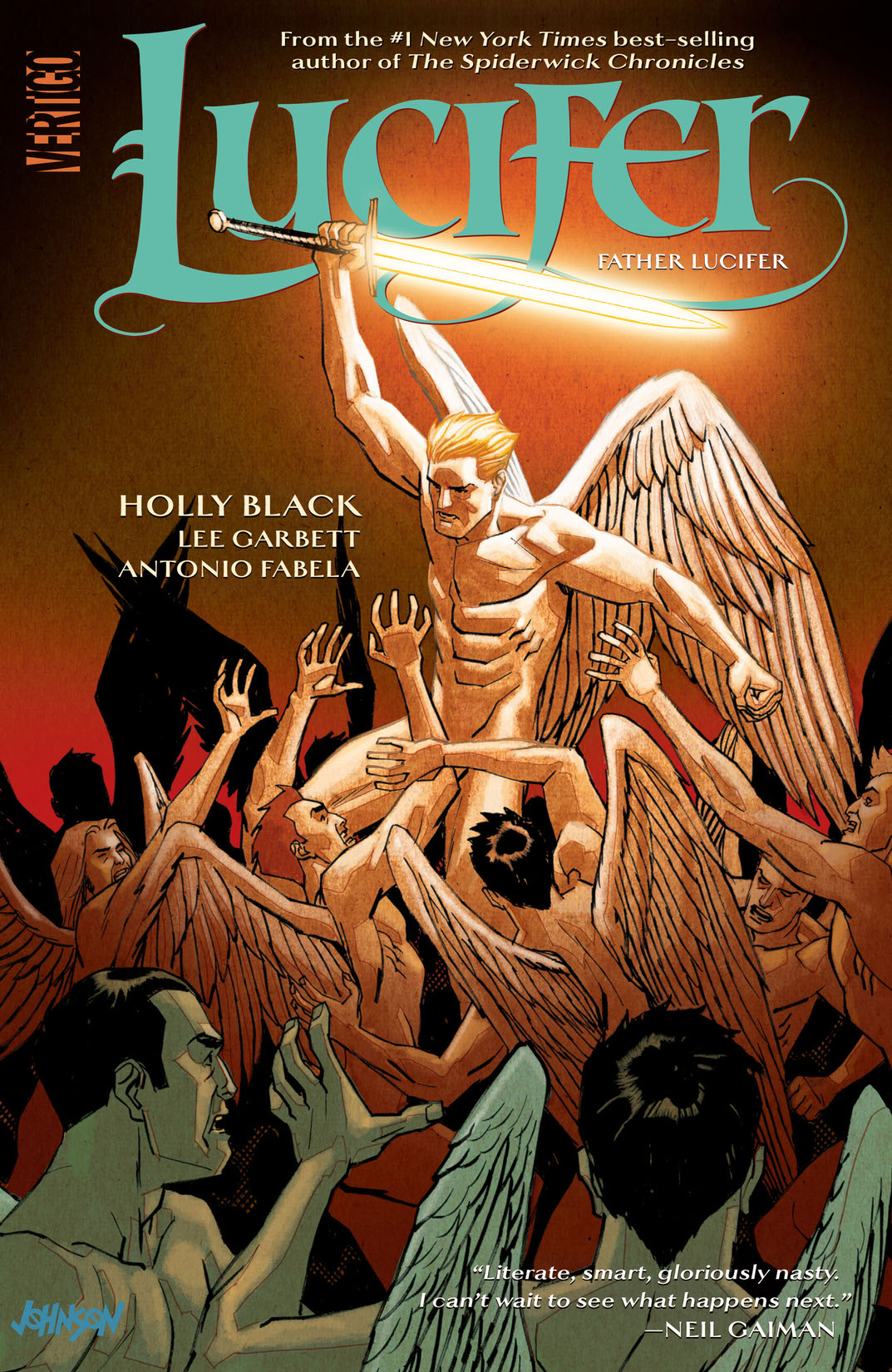 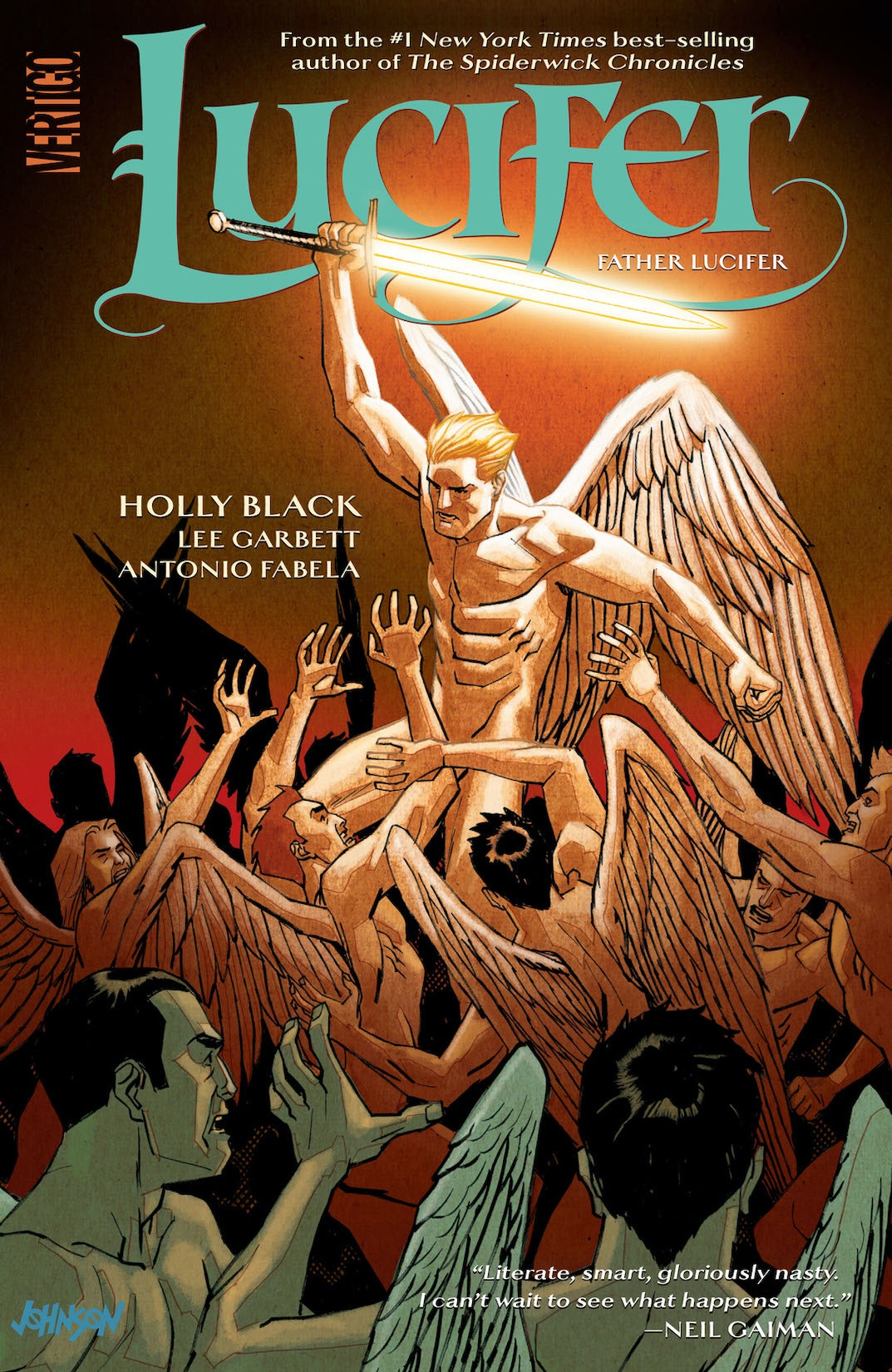 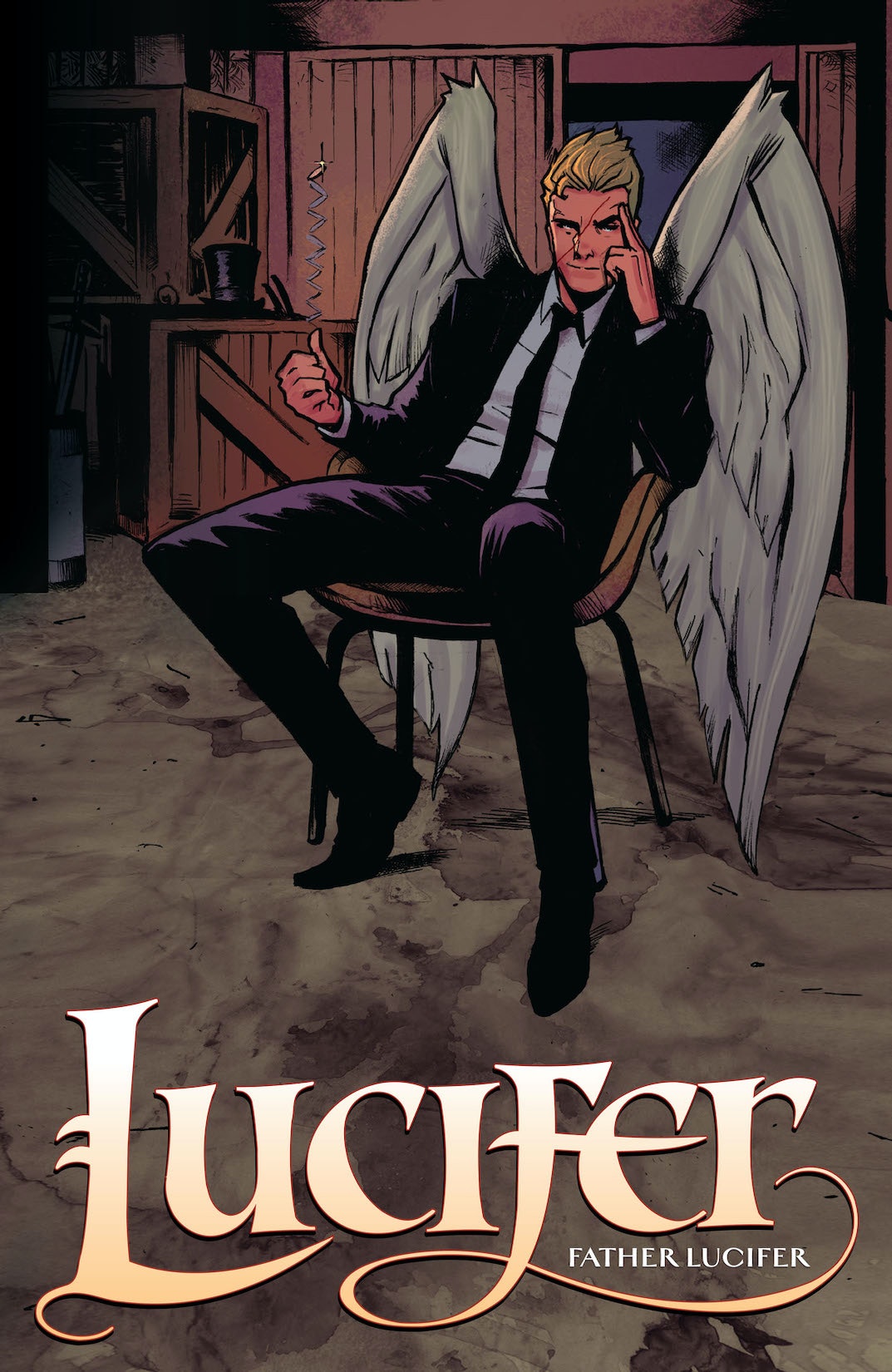 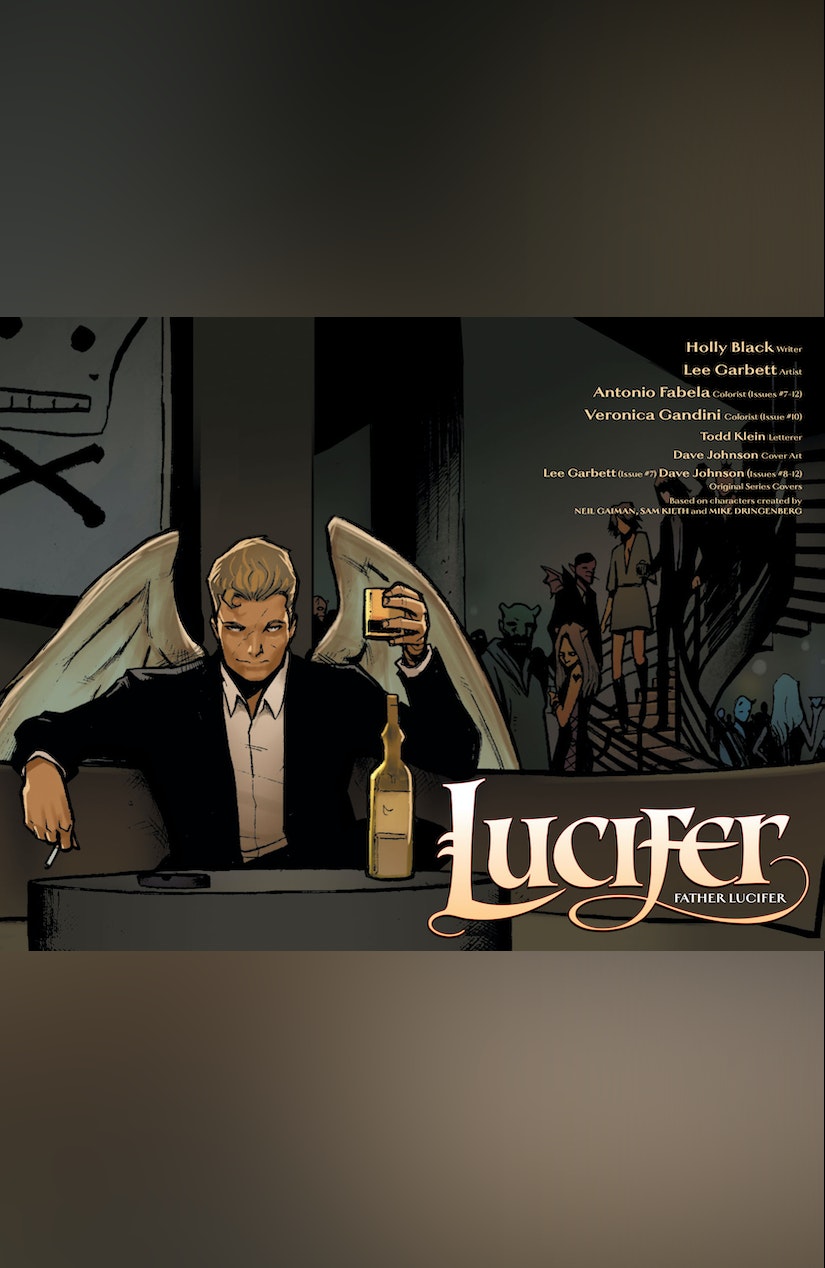 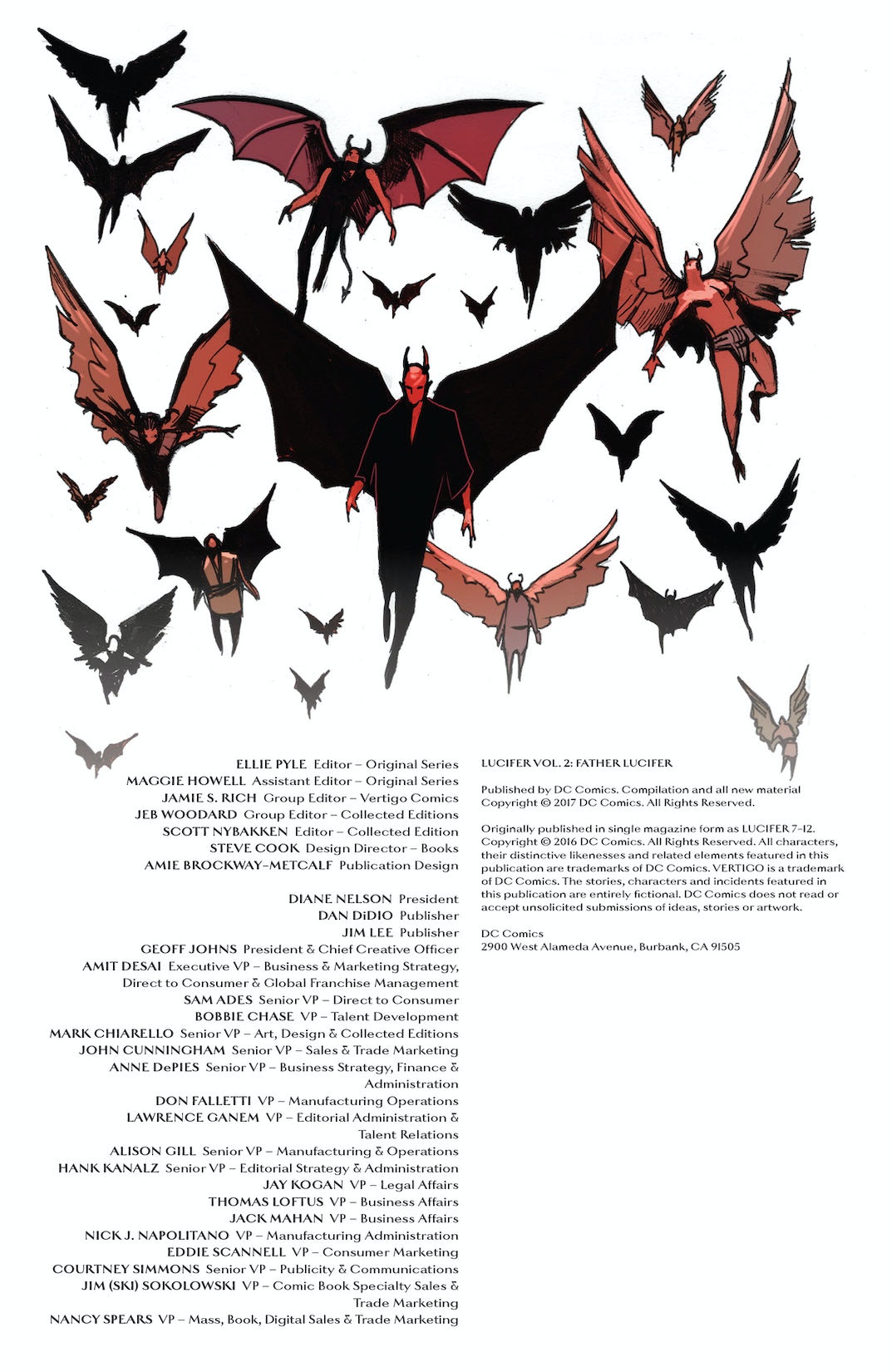 After being wrongfully accused of deicide by his angelic brethren, the Prince of Hell undertook an epic quest through the cosmos to clear his name. Now he wants nothing more than to retire to his Los Angeles club, Ex Lux, and drown the world’s sorrows one drink at a time. With the throne of Heaven still vacant, archangels are turning on each other in an effort to seize their absent Father’s crown. And since the Lightbringer has no desire to revisit his former kingdom, a vicious power struggle has erupted in the infernal realm, as well. Caught between chaos above and below, Earth has never been more vulnerable. In order to keep his terrestrial retreat safe from collateral damage, Lucifer must reluctantly rejoin the fight for control over Creation. But as the battle rages, the aftershocks from his Father’s demise are growing stronger—and making it clear that some fates really are worse than death. The saga of the world’s original antihero reaches new heights (and depths) in LUCIFER VOL. 2: FATHER LUCIFER, collecting issues #7-12 of the acclaimed series from author Holly Black (The Spiderwick Chronicles) and artist Lee Garbett (Loki).