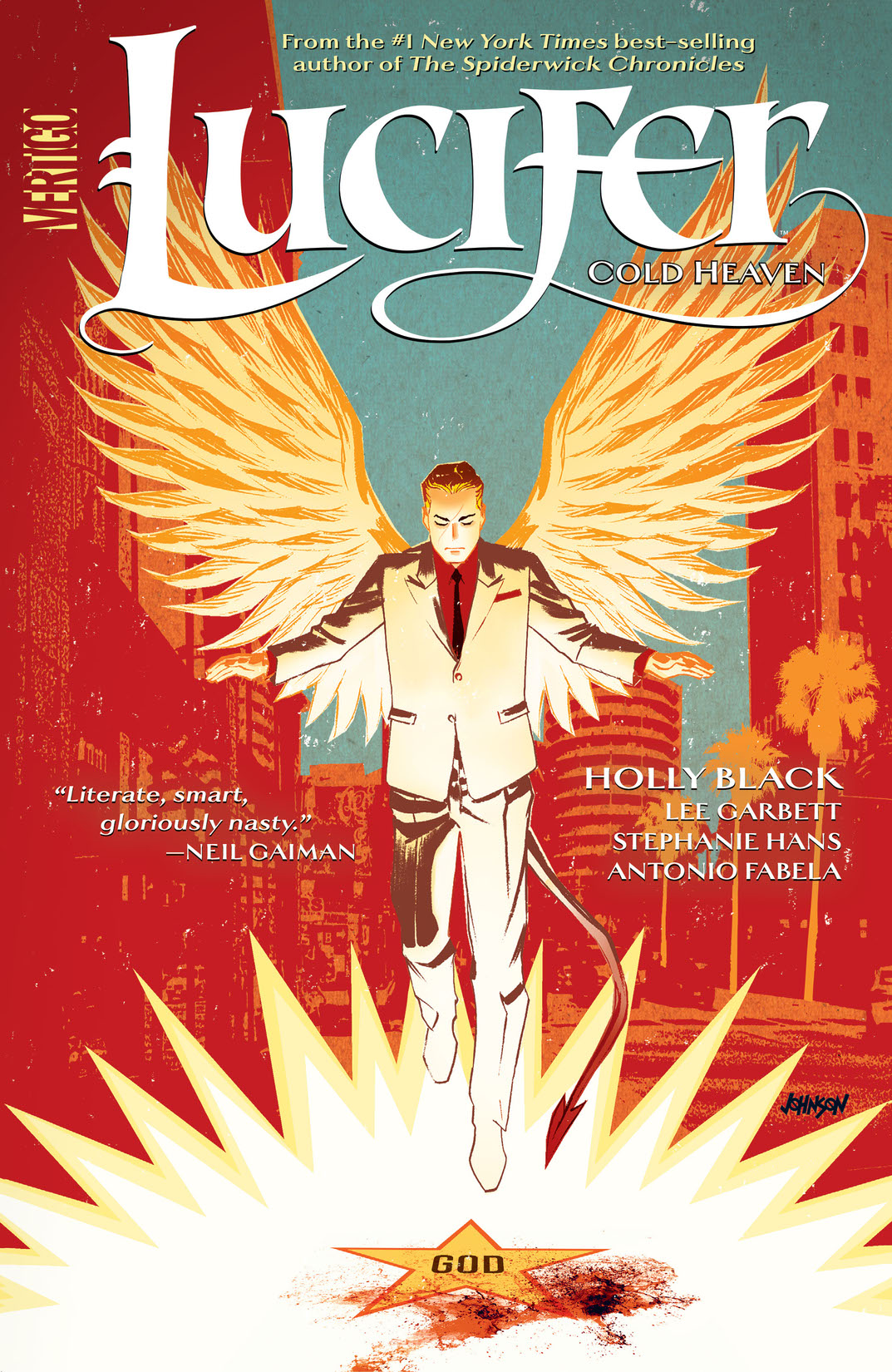 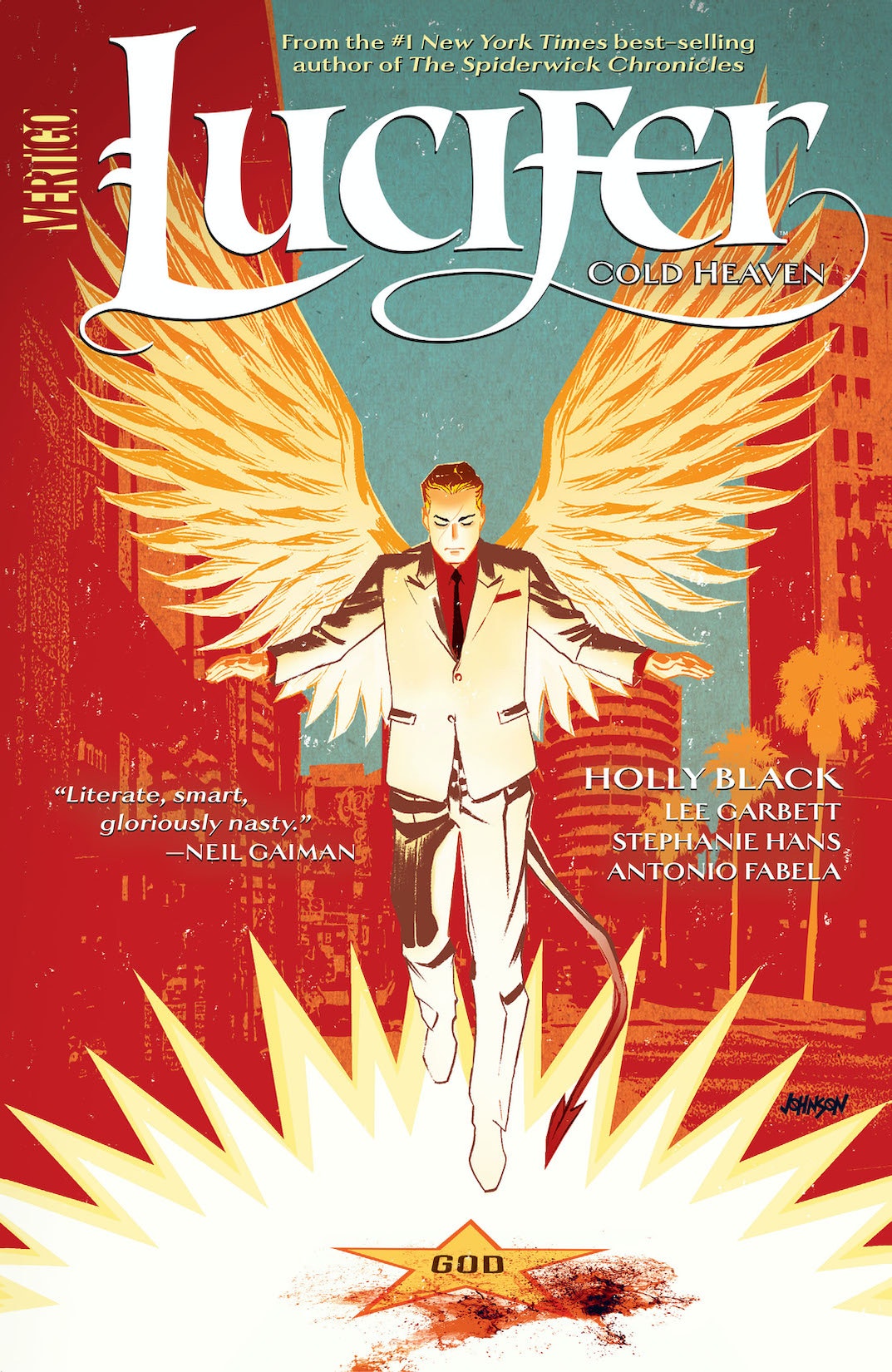 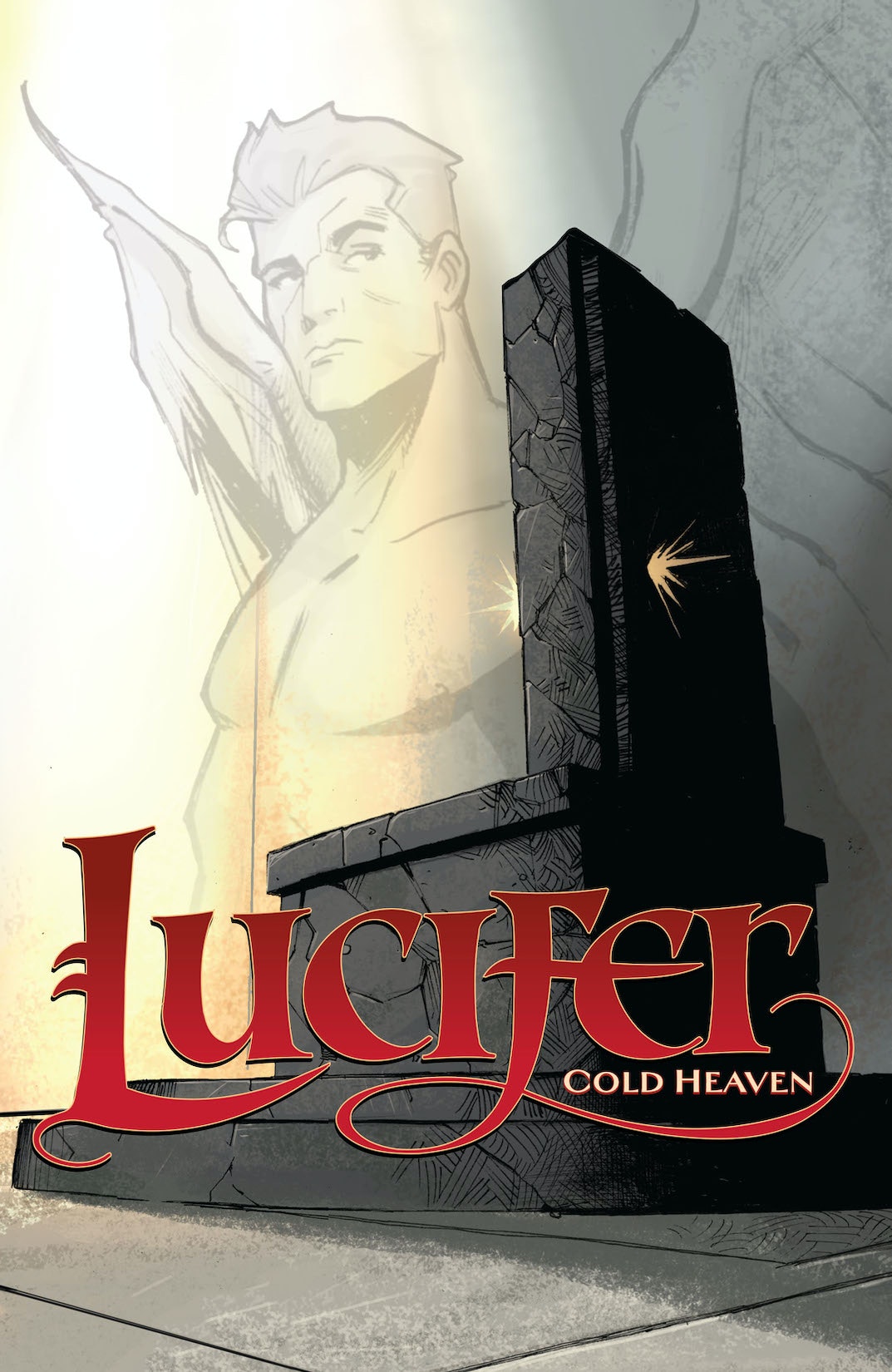 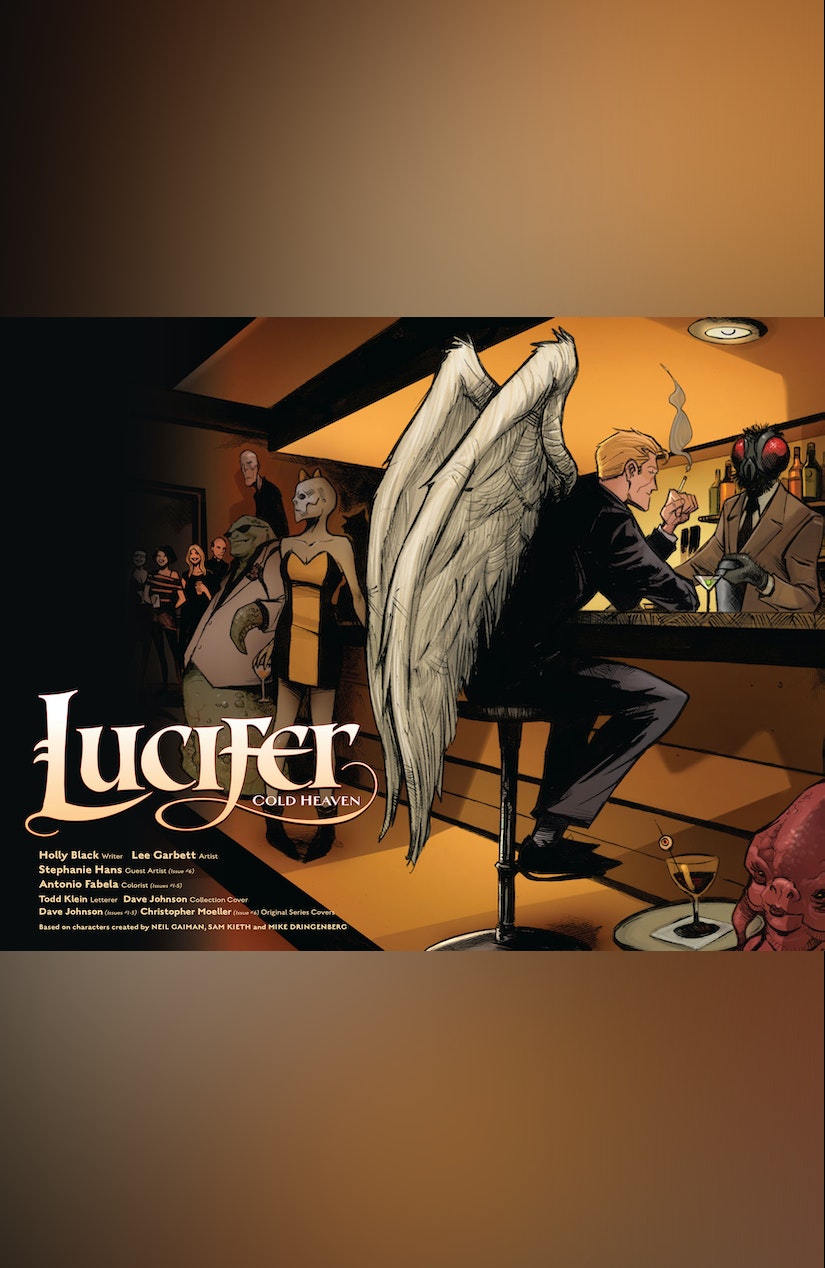 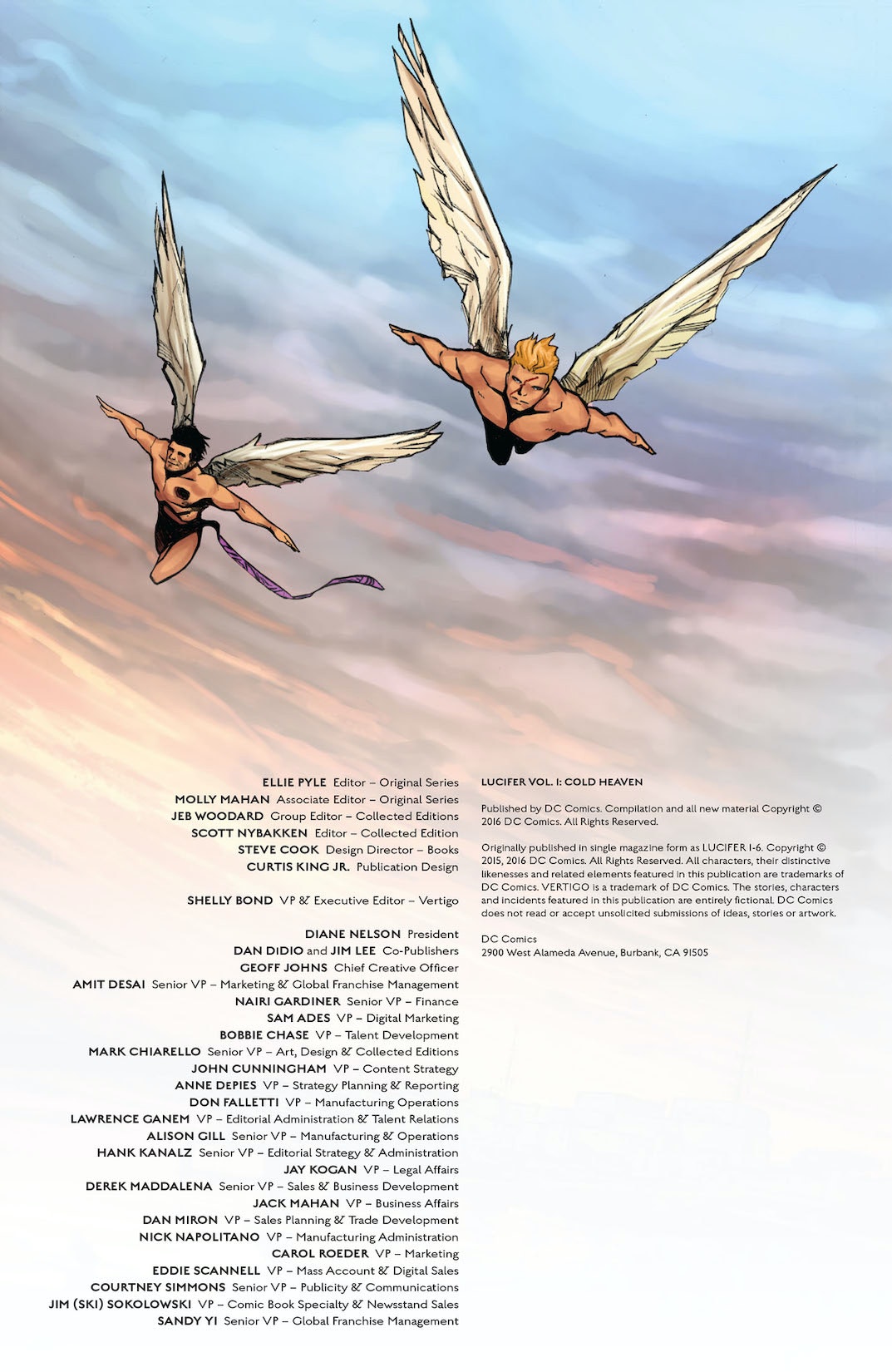 The #1 NEW YORK TIMES best-selling author of THE SPIDERWICK CHRONICLES Holly Black picks up the thread from legendary creators Neil Gaiman, Mike Carey, and Peter Gross, as she and artist Lee Garbett resurrect an iconic VERTIGO antihero in LUCIFER VOL. 1: COLD HEAVEN. SPEAK OF THE DEVIL Once he was the Morningstar, first and most beautiful of the heavenly host. Then he ruled over Hell, until he gave up his kingdom to pursue his absent Father. Finally, after tracking down and confronting the Alpha and Omega, he left our universe behind-apparently forever. But now Lucifer is back-wounded and weakened, but suave and savvy as ever. And he’s about to be handed the biggest mystery in the history of Creation: God has been found dead, and the Lightbringer is the prime suspect in His murder. To clear his name and reclaim his throne, Lucifer must solve the Deicide himself. But even with help from the disgraced archangel Gabriel, the task is daunting. To maintain the status quo in both Heaven and Hell, angels and demons alike are determined to pin the crime upon the First of the Fallen-but it will be a cold day in either realm before the Devil fails to get his due. Collects issues #1-6 of LUCIFER, the new ongoing series.