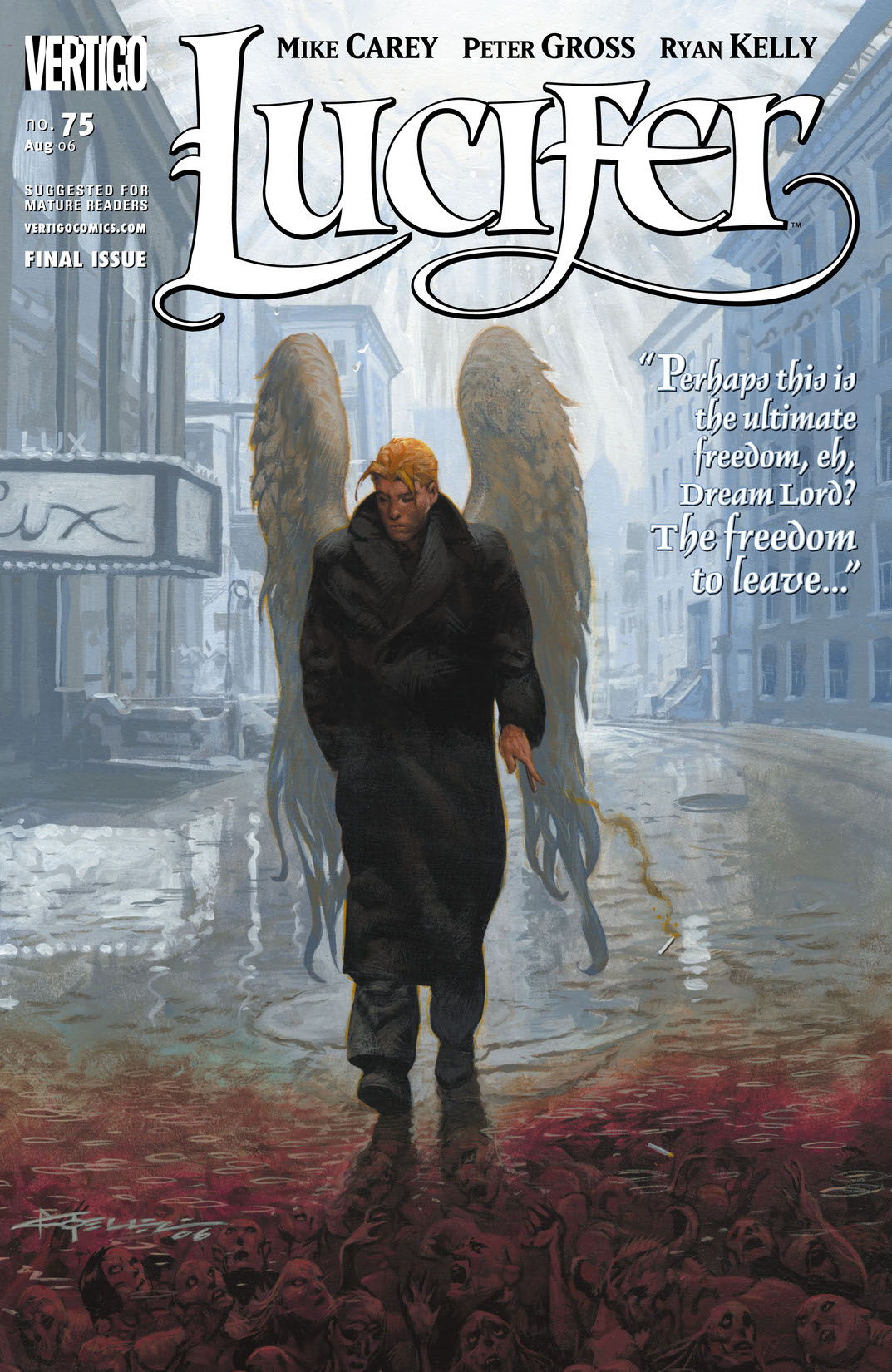 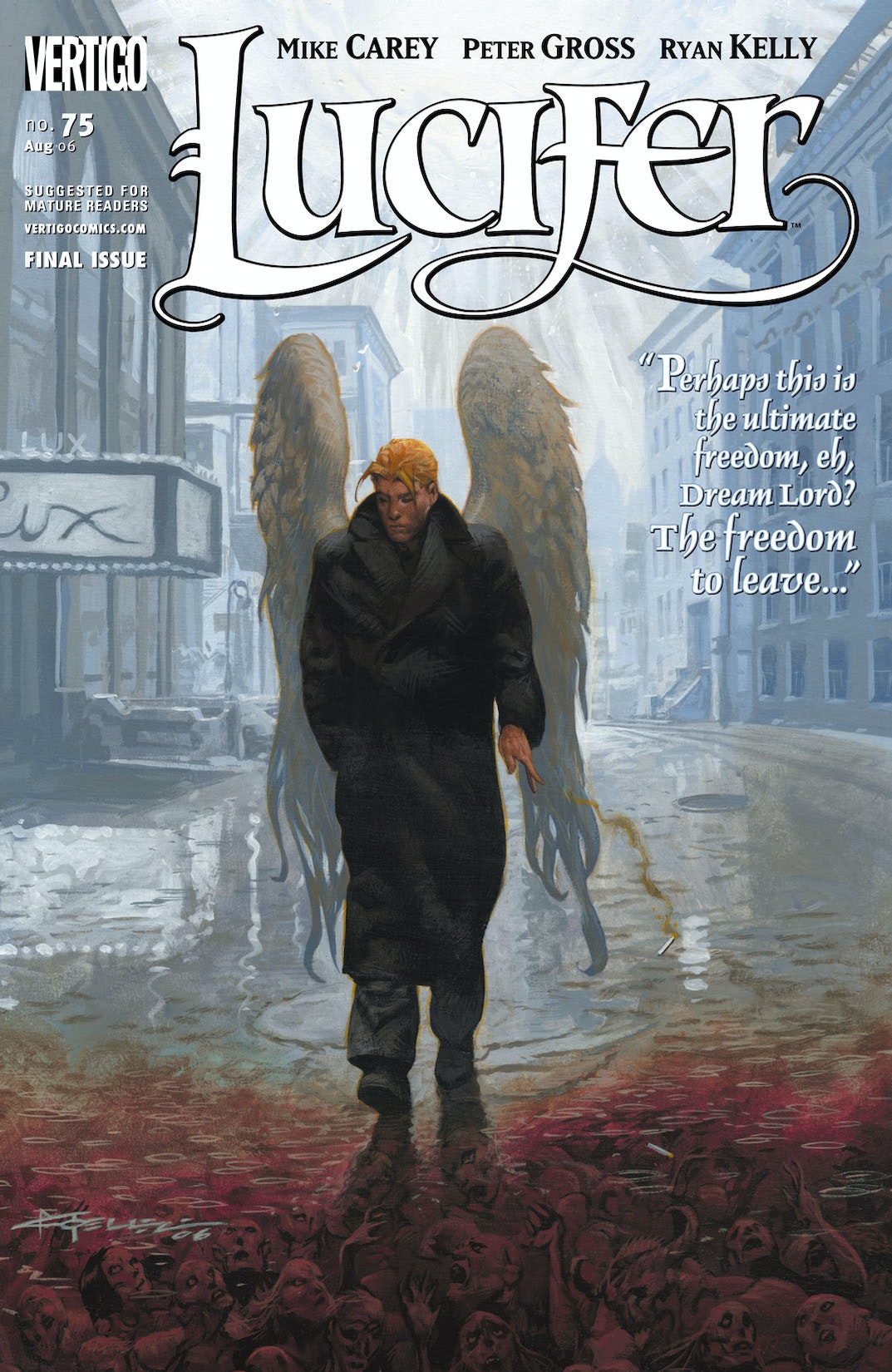 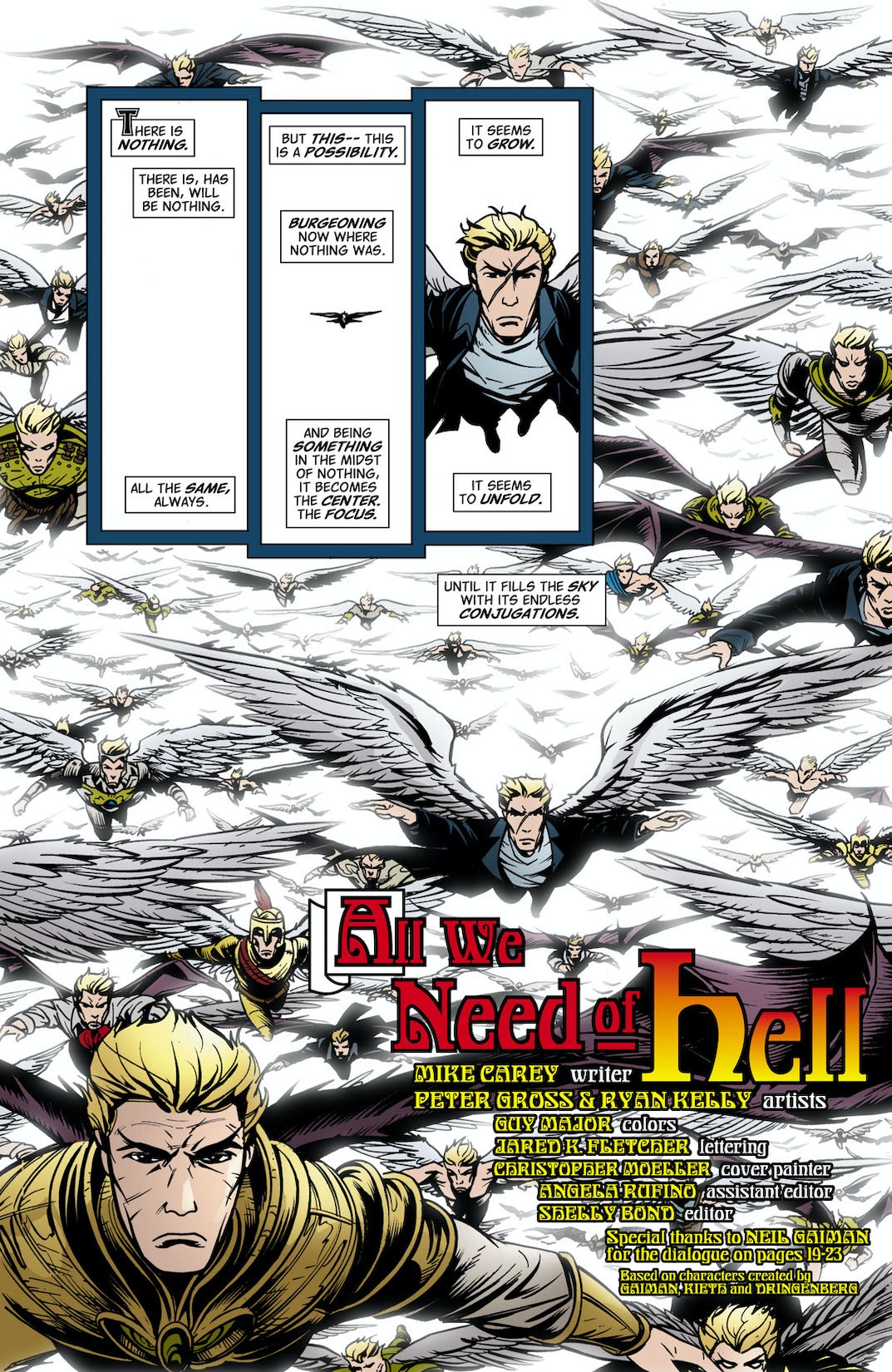 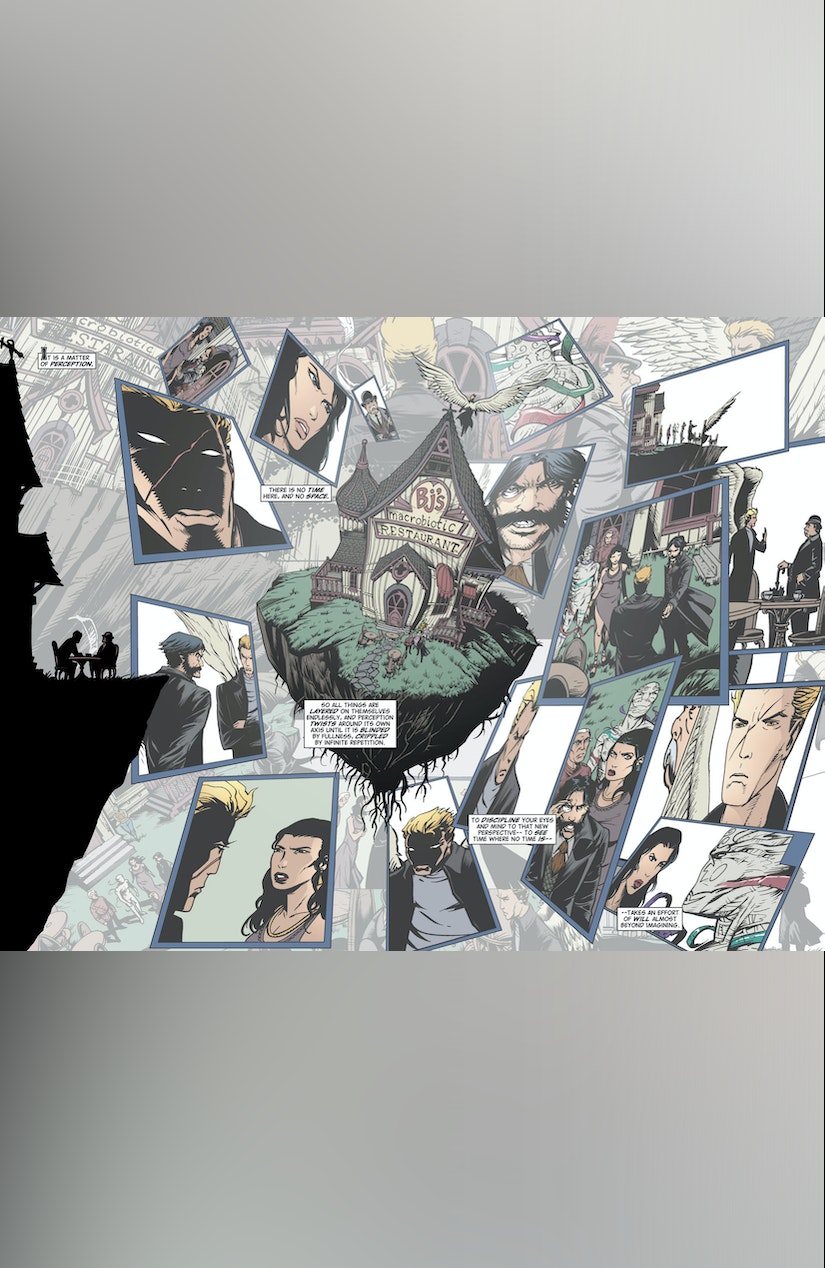 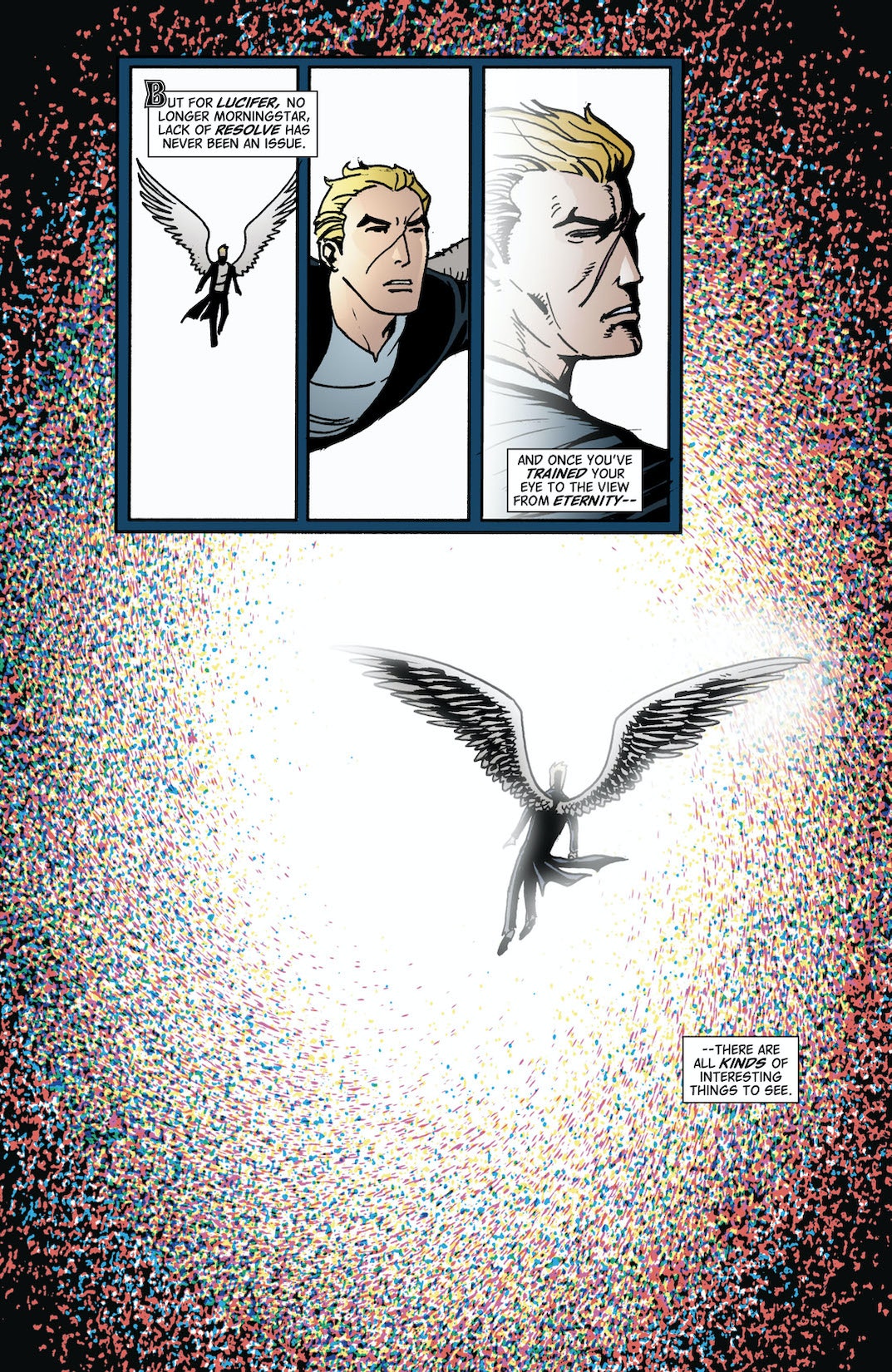 In the extra-sized final issue, Lucifer—no longer Morningstar—leaves Creation behind him as he steps into the void. But Yahweh's plan has one final sting in its tail, and only a decisive confrontation between father and son will determine whose vision will prevail.