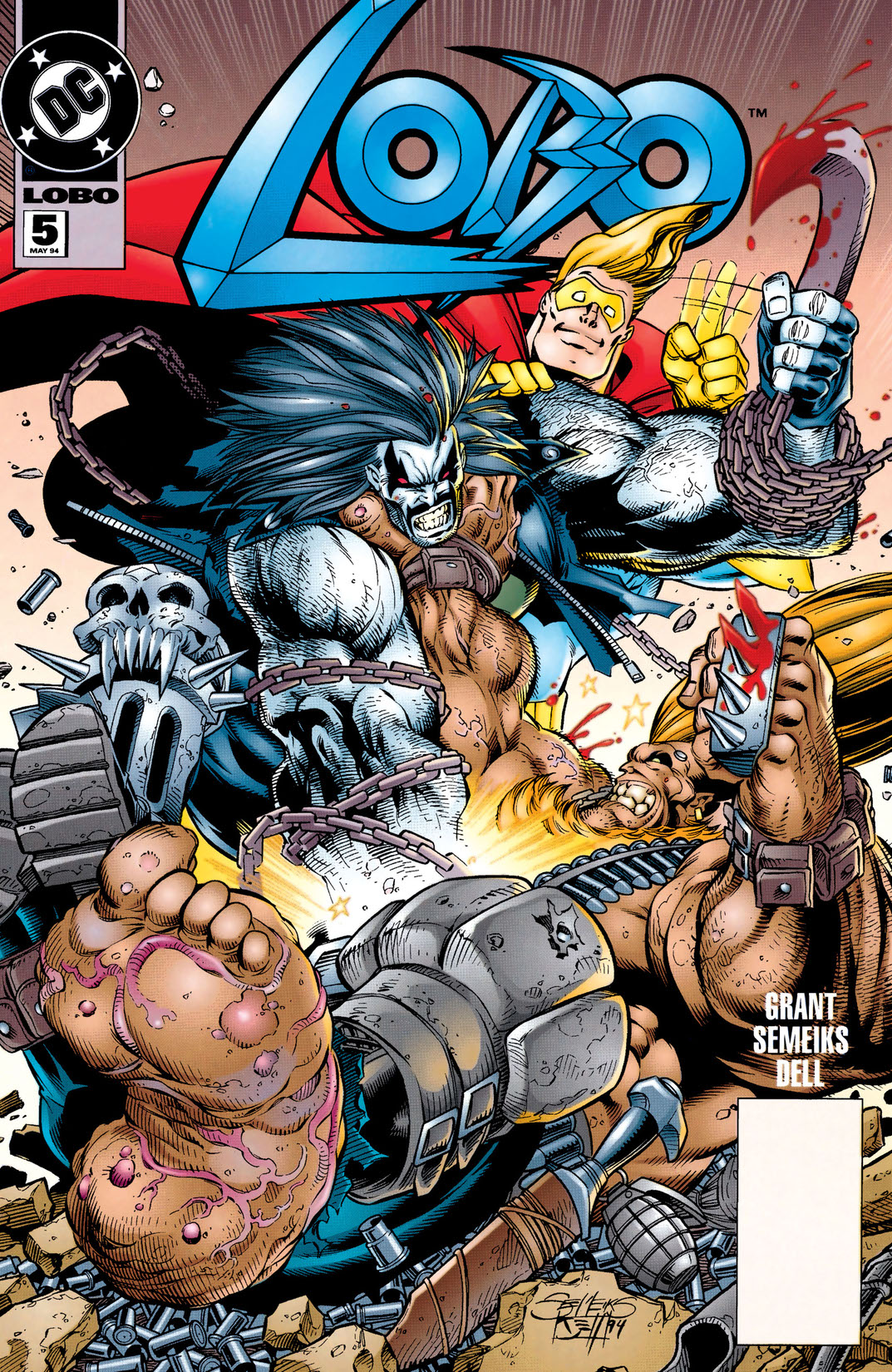 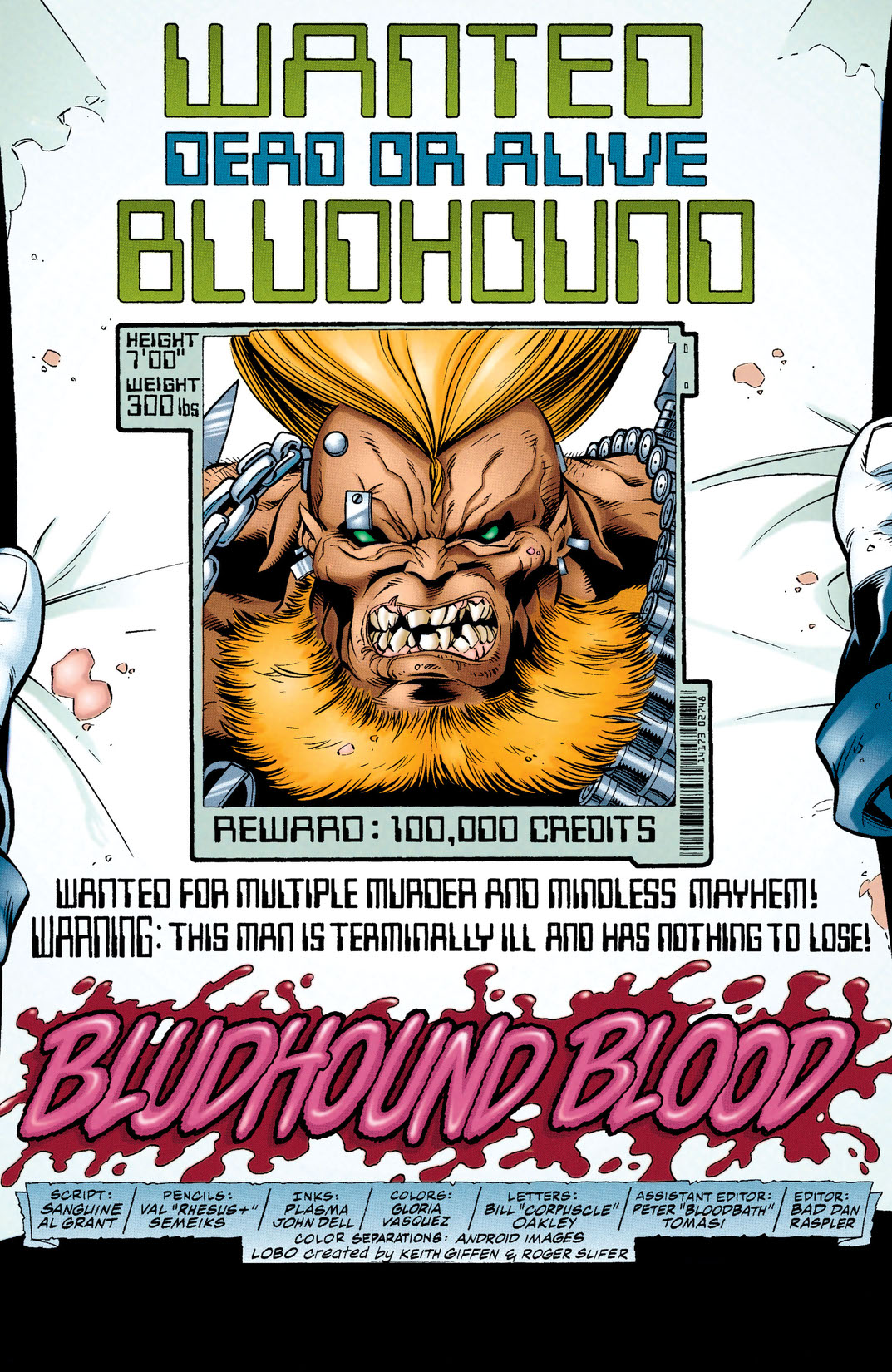 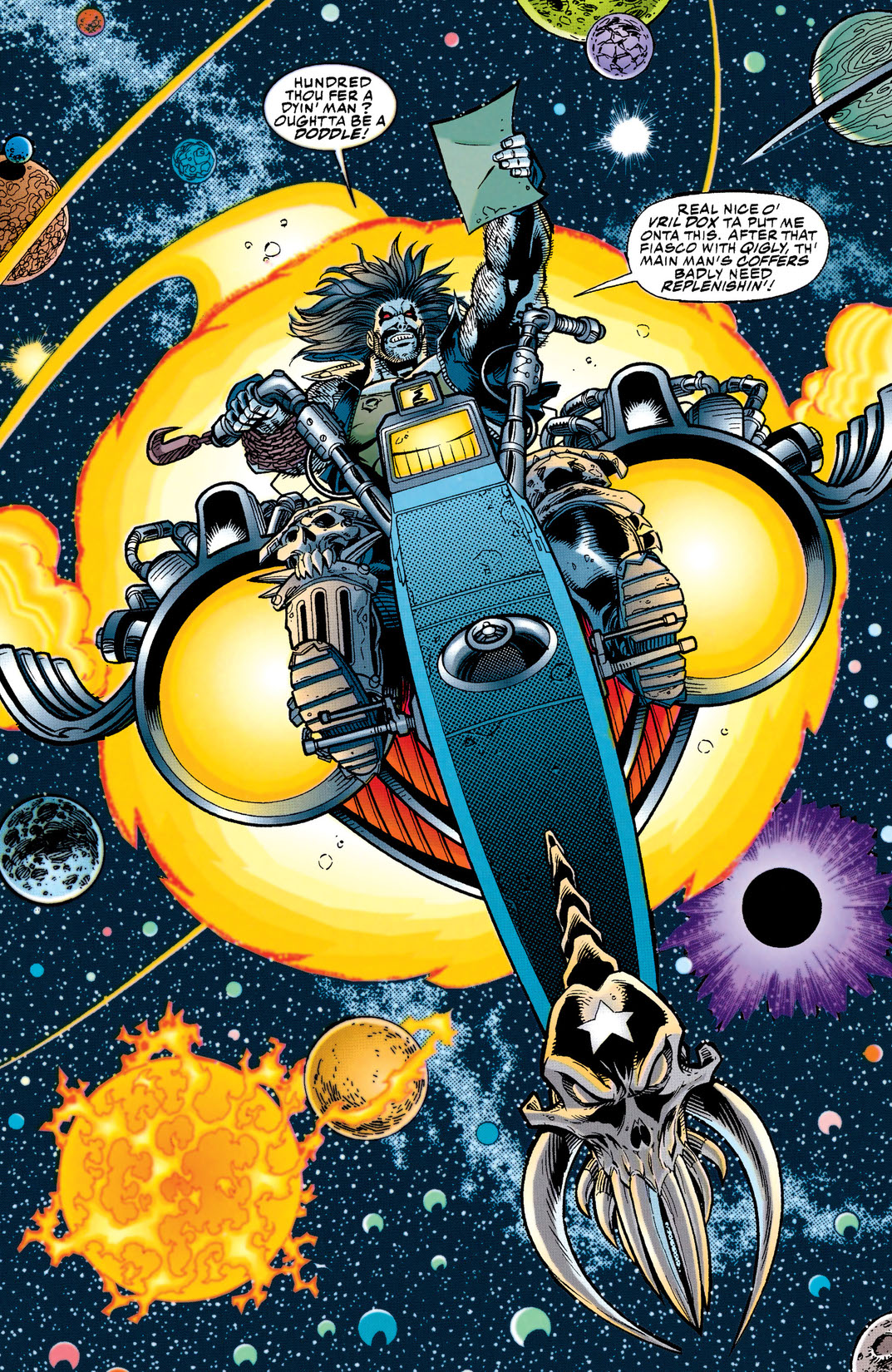 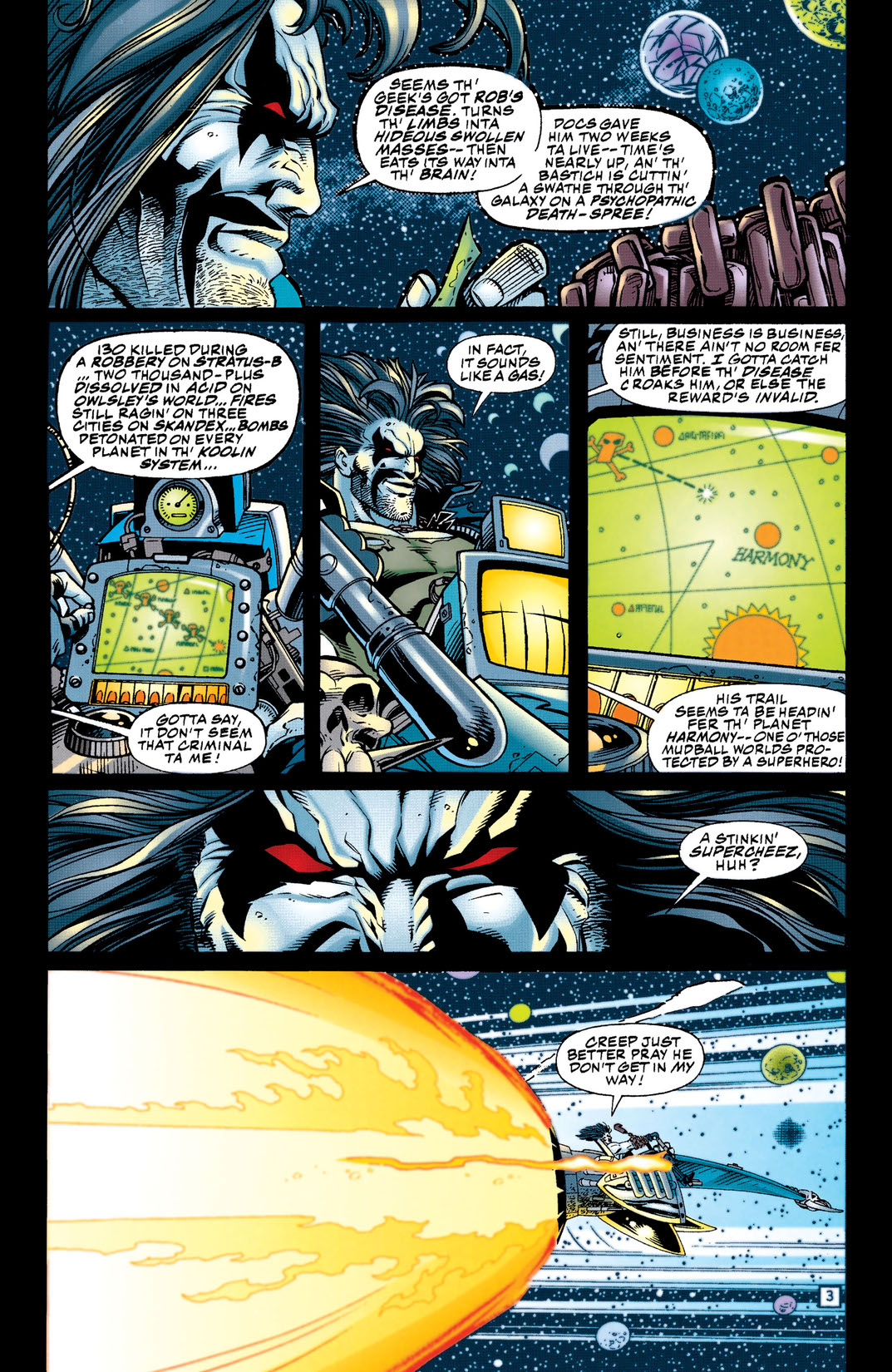 Lobo takes an assignment to bring in Bludhound, a crazed killer on a death spree across the galaxy (who also happens to have a grotesque terminal illness known only as “Rob's Disease”). Lobo can collect the bounty on Bludhound only by getting him before the disease does...which means first contending with an alien superhero who's just too good to be true, the bastich!