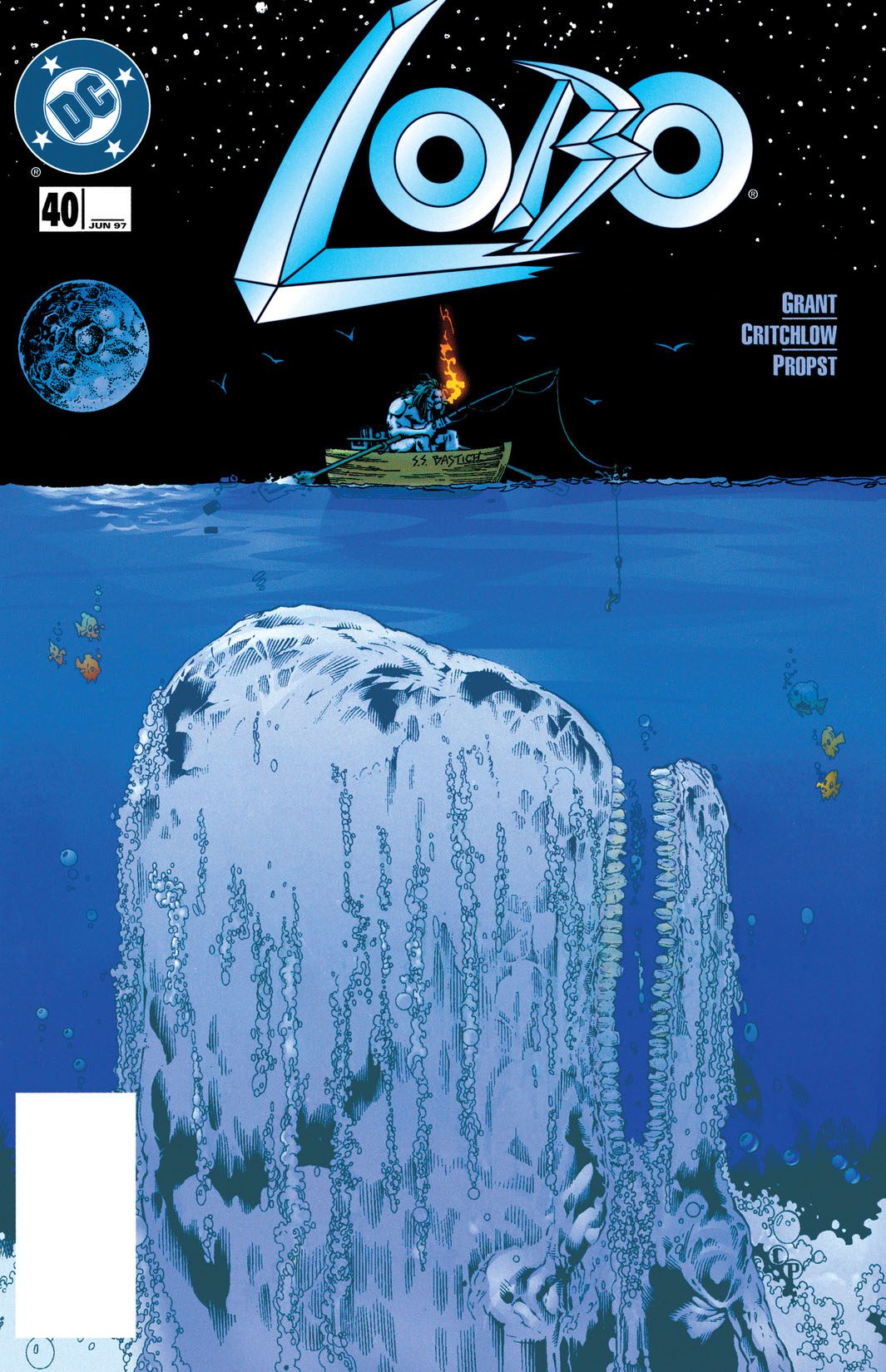 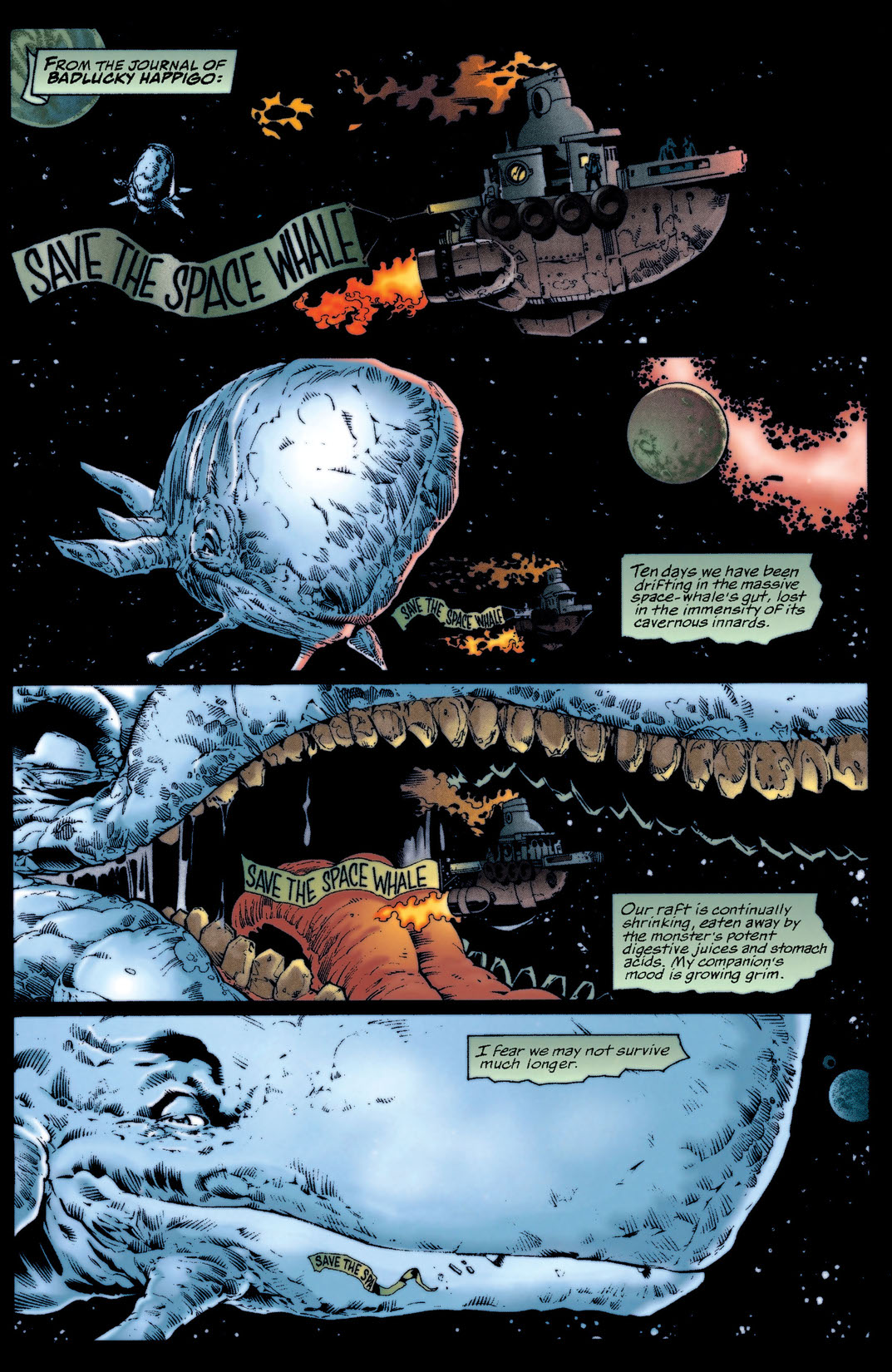 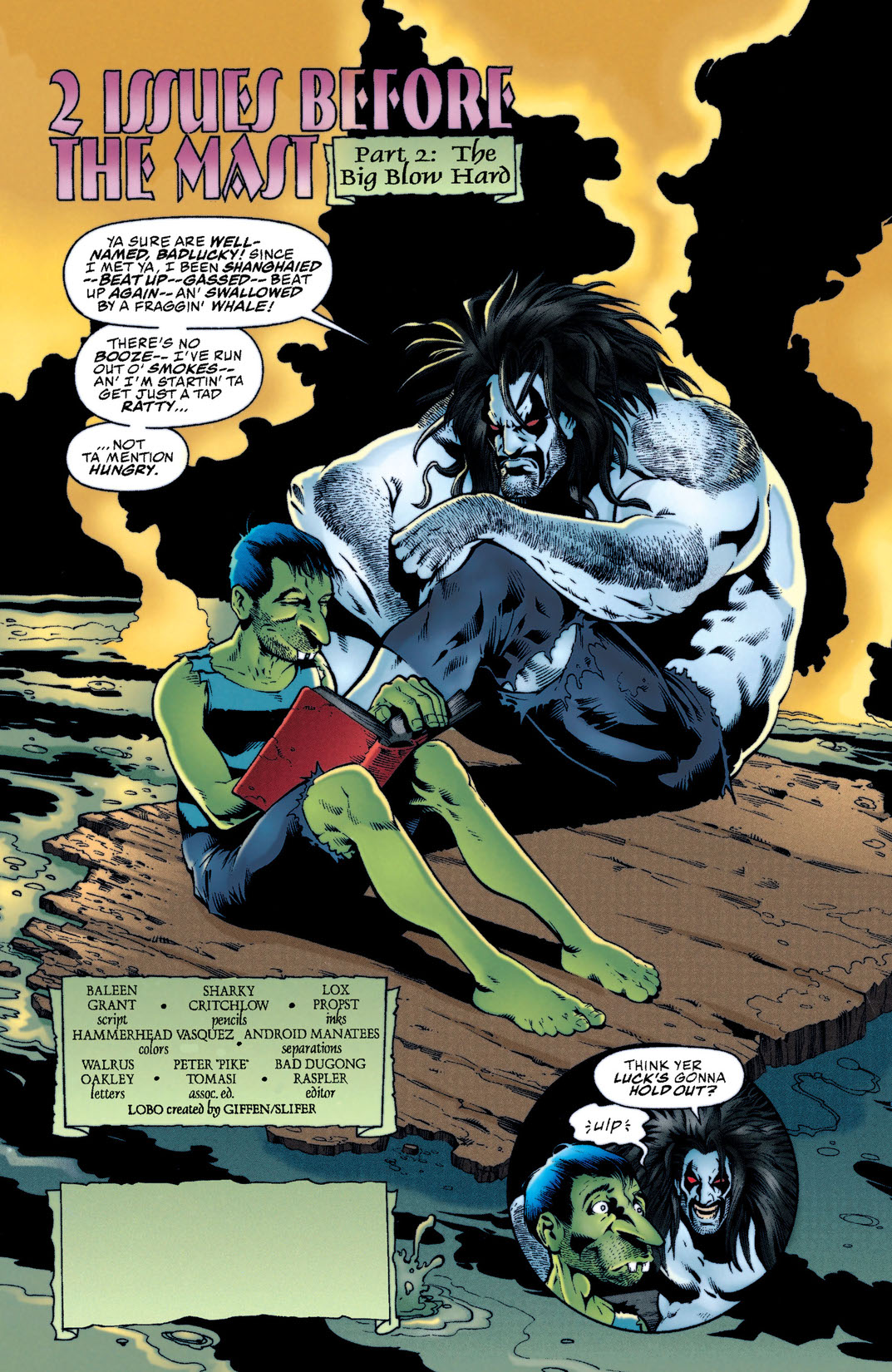 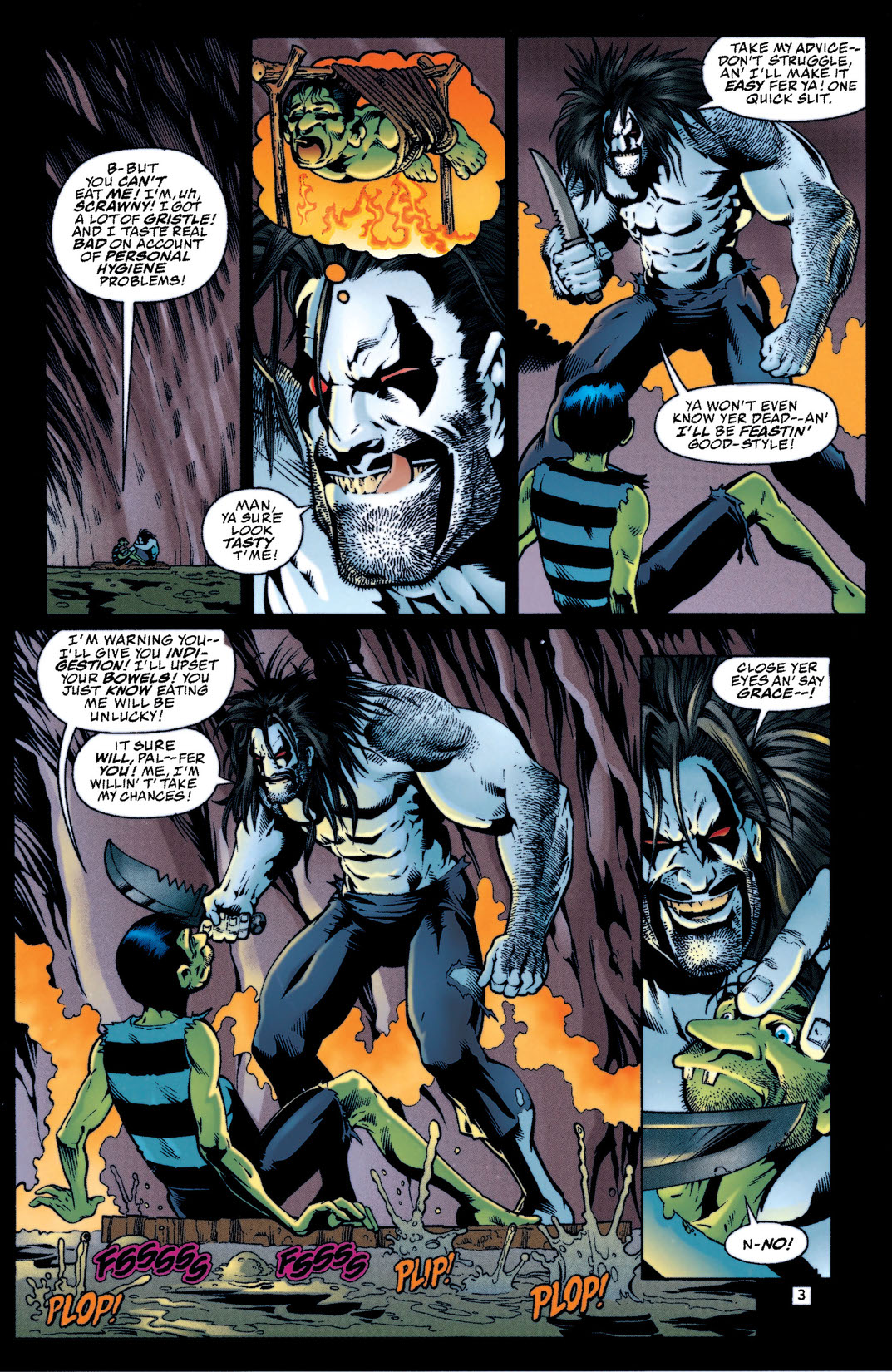 Lobo and Lucky have been floating for two weeks in the guts of the giant space-whale. Little do they know that a mere intestine away floats Captain Rehab, still trying to kill the monster, alongside the Blackbutt pirate gang Lobo was hired to slaughter in the first fraggin' place.