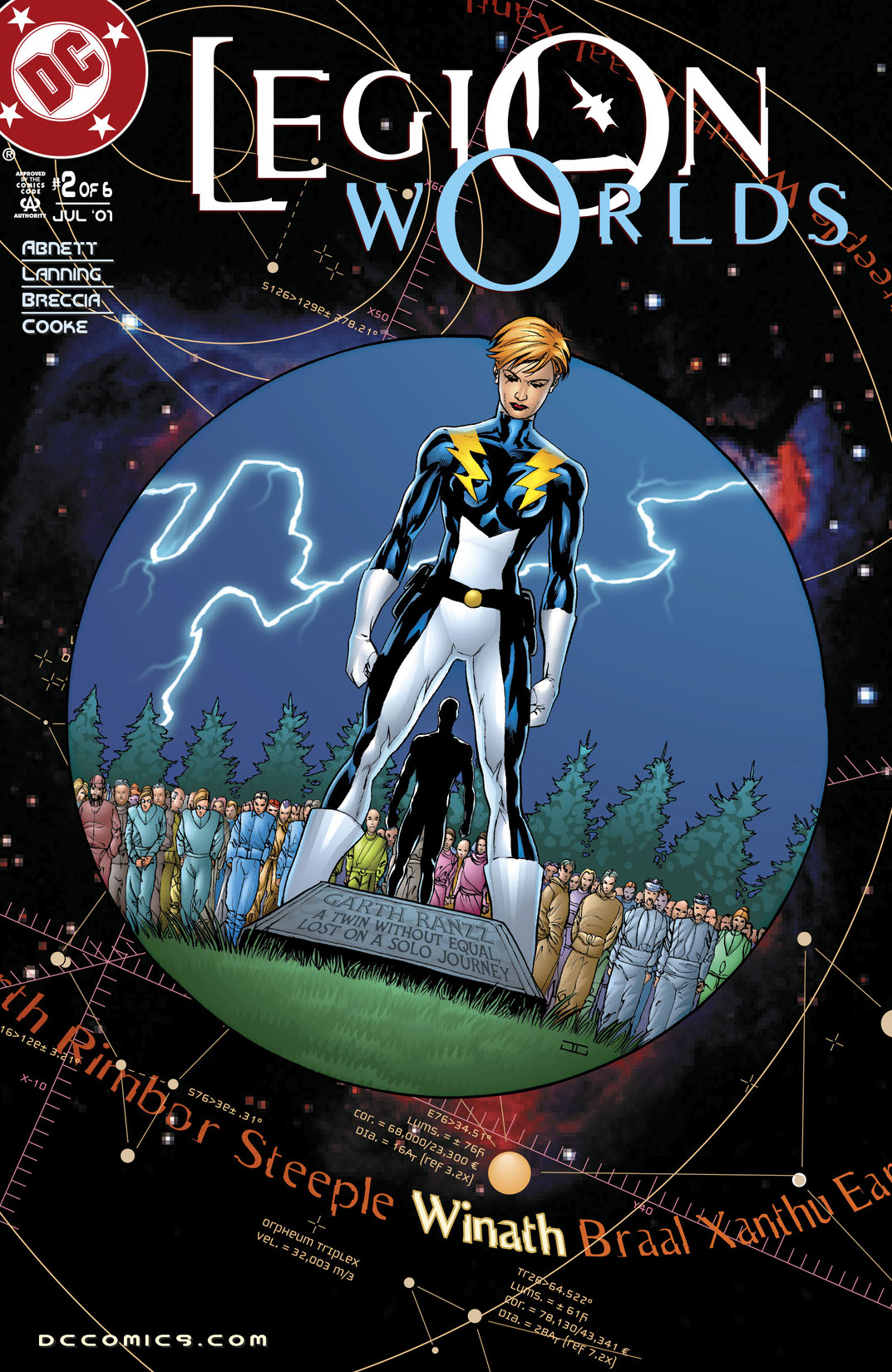 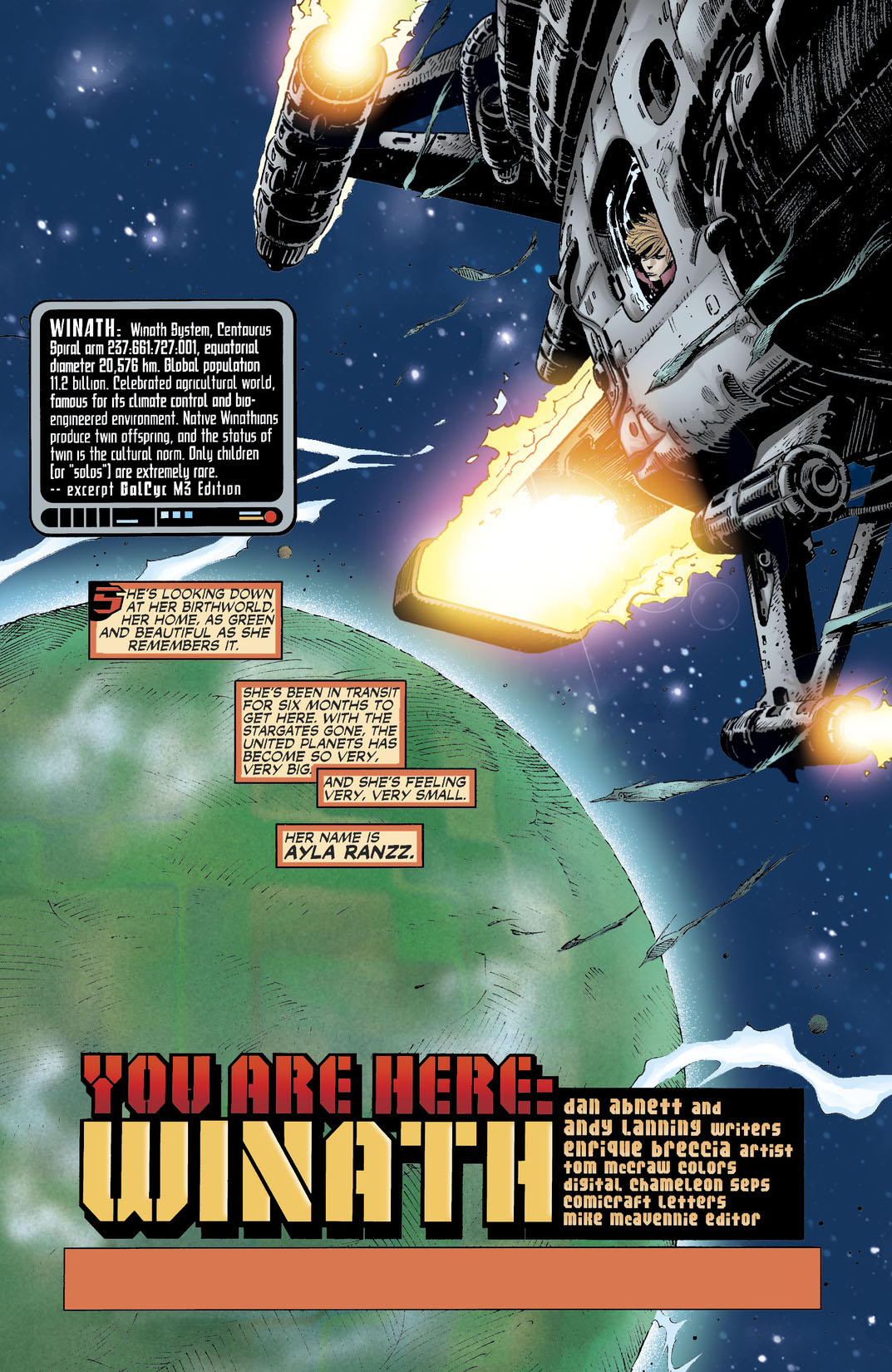 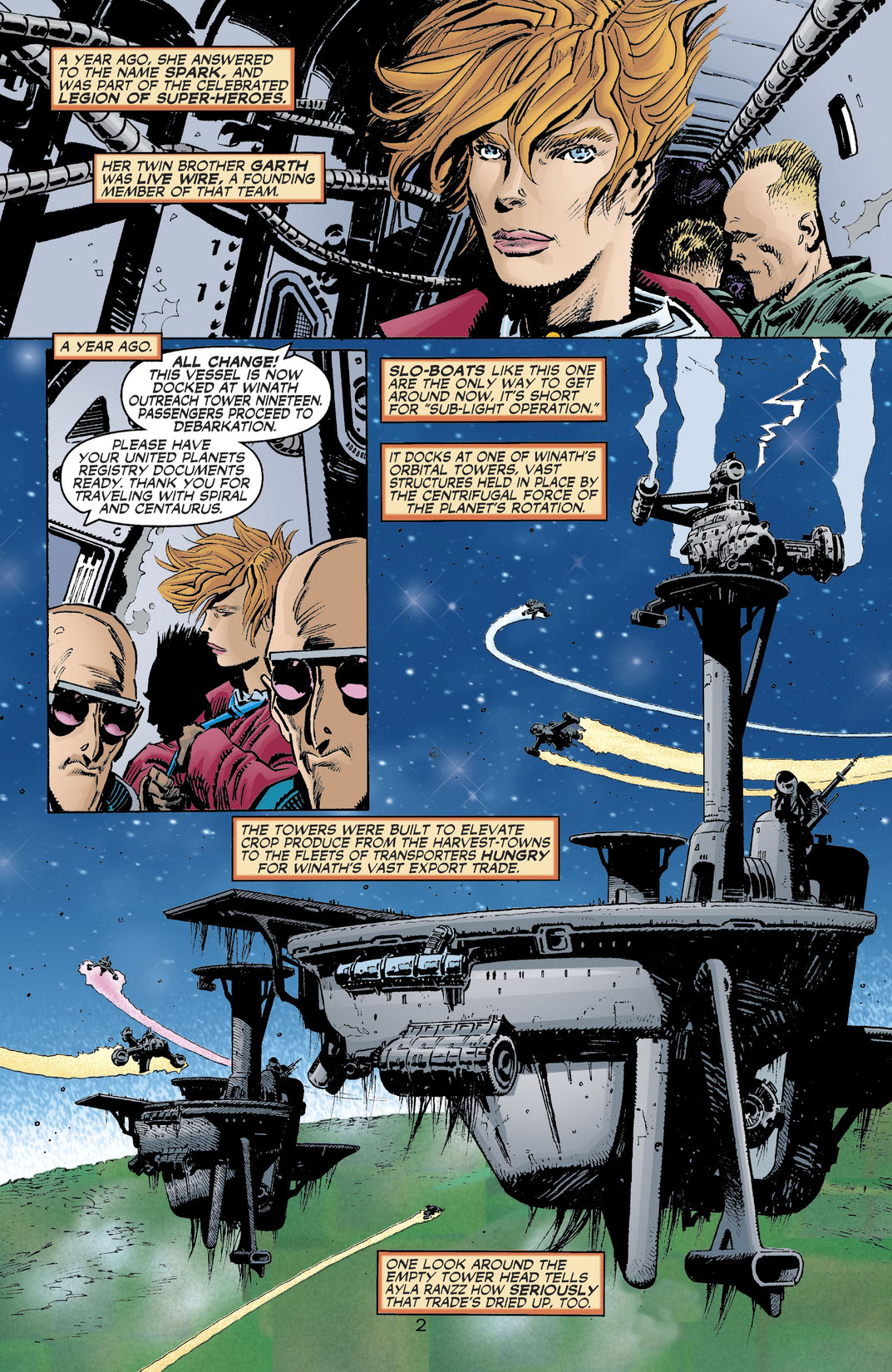 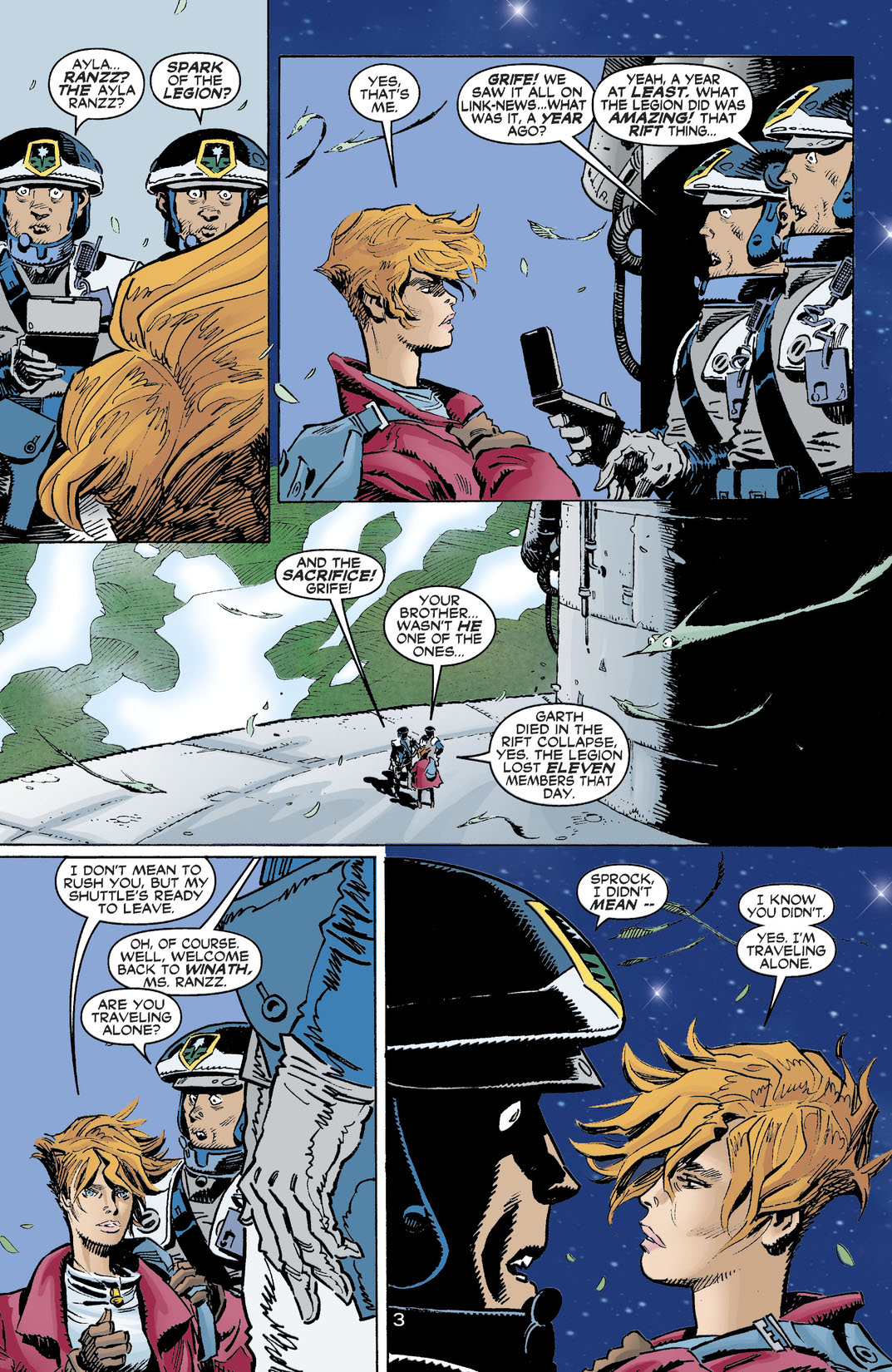 The universe-spanning miniseries continues! Ayla Ranzz, the former Legionnaire known as Spark, returns to her homeworld, Winath. Because the planet is populated by twins, Ayla's "solo" status--ever since her twin brother became one of the Legion Lost--makes her something of an outcast. Even worse, Winath's crops are being destroyed by freak electrical storms and twisters, and the person responsible for the damage may tie in with the return of another one of Ayla's family members! Plus, eight pages of backup material.