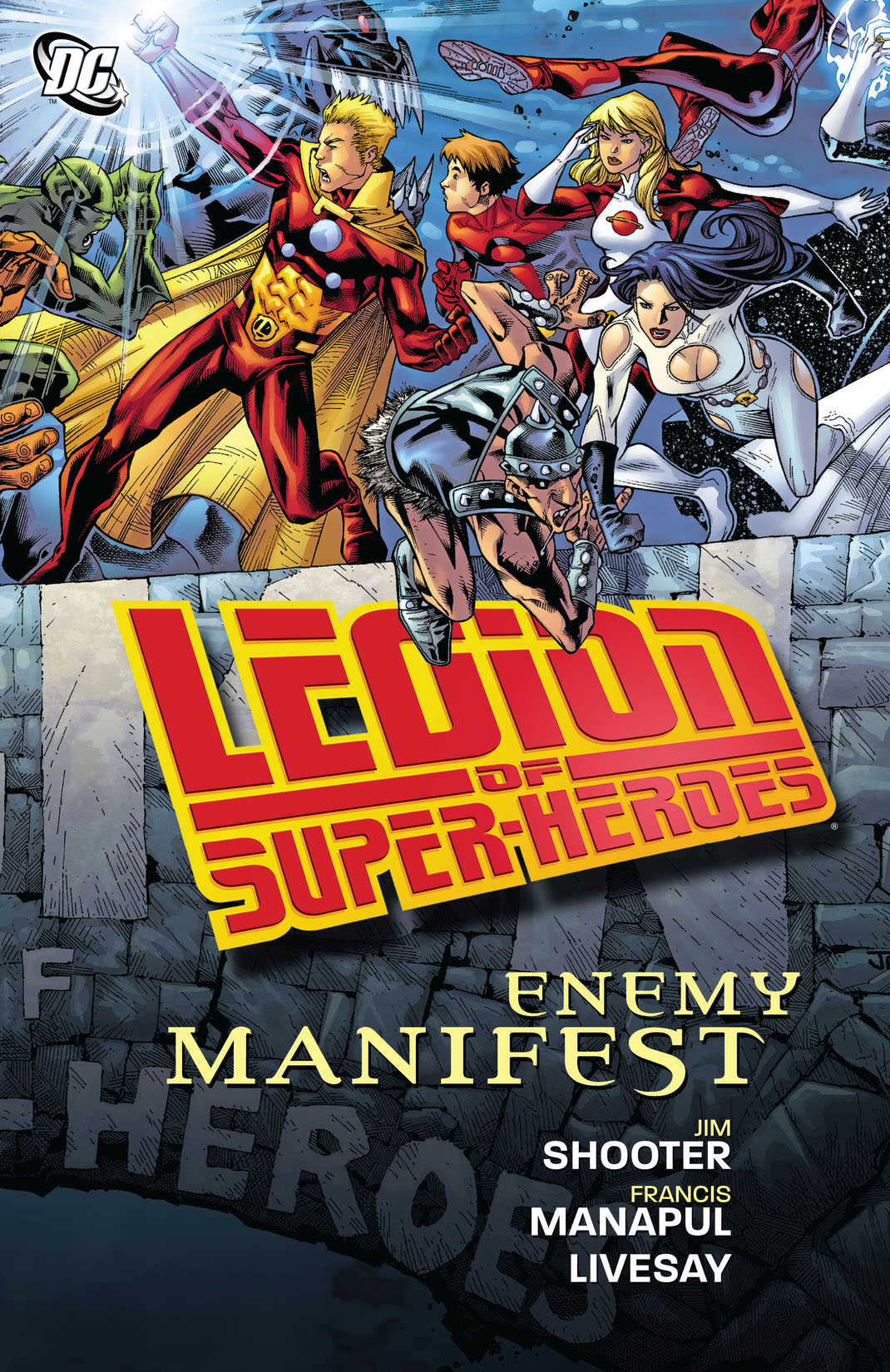 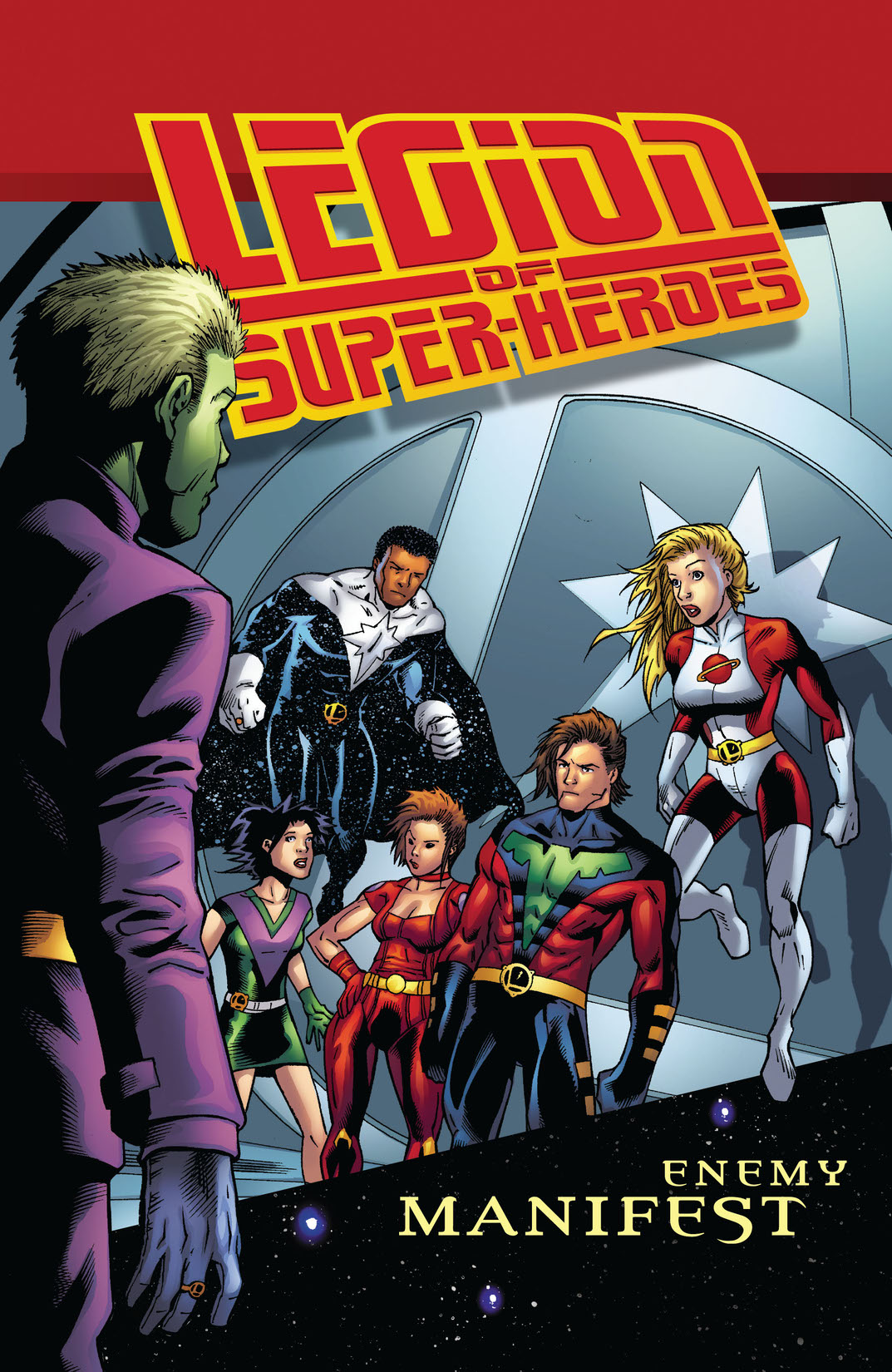 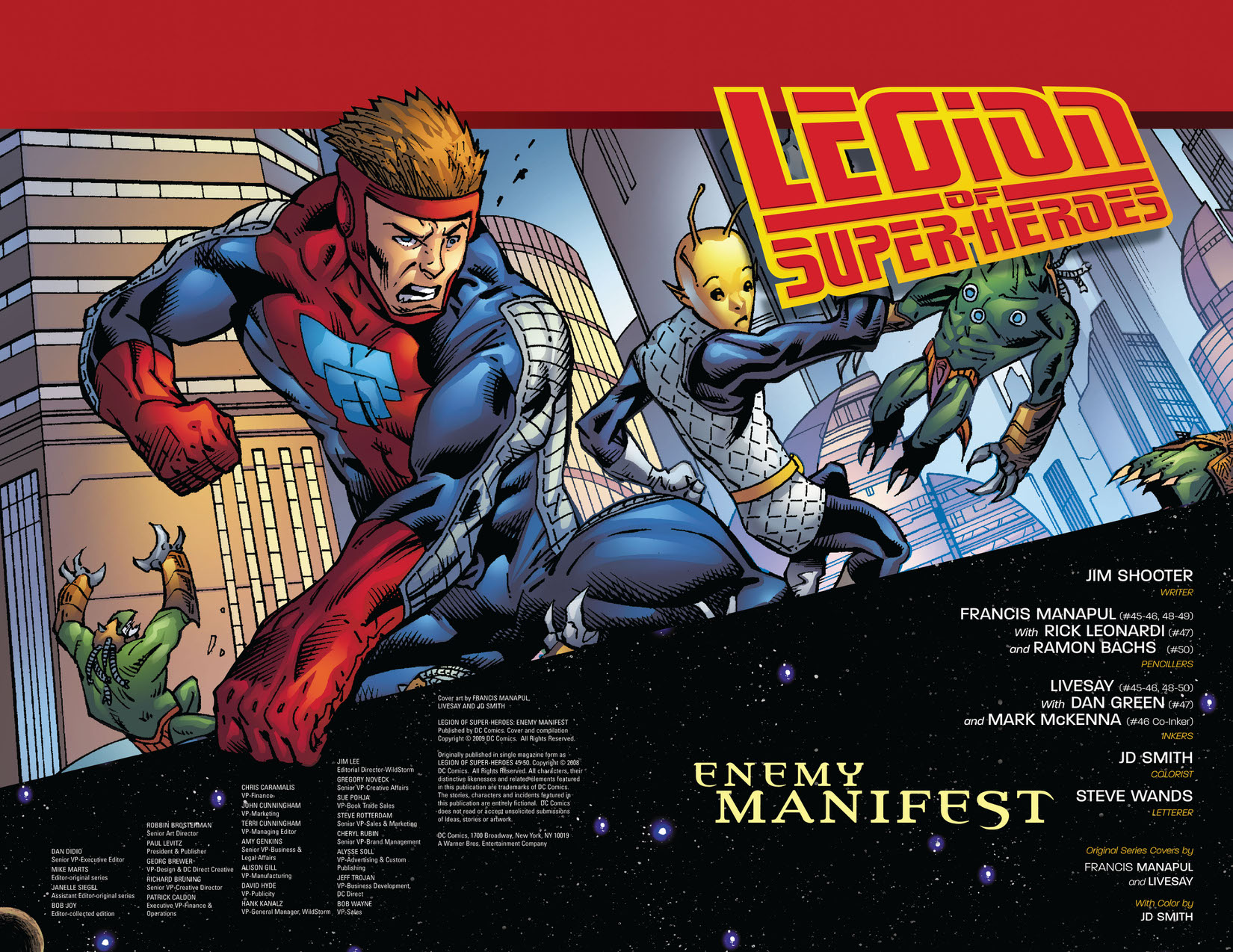 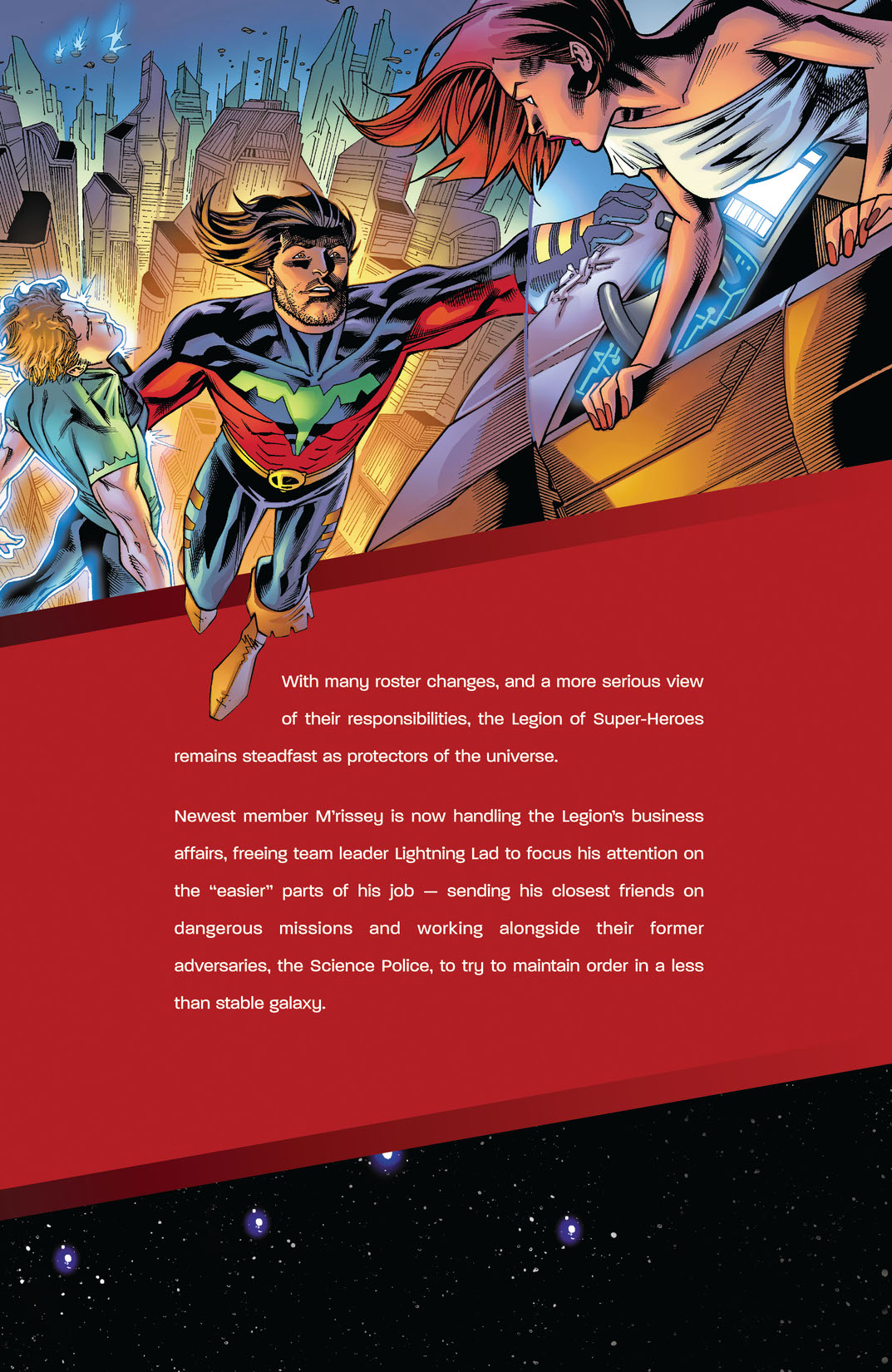 Legendary LEGION OF SUPER-HEROES writer Jim Shooter continues his return to the 31st century with ENEMY MANIFEST, the latest volume starring the greatest heroes of the future. While war looms and a traitor plots against the Legion from within, a massive, hostile planet appears near Jupiter, and its gravity is ripping apart the solar system! It's tense drama and high action as a recruitment drive takes place and the beginning of the Universal Annihilation War reveals itself!