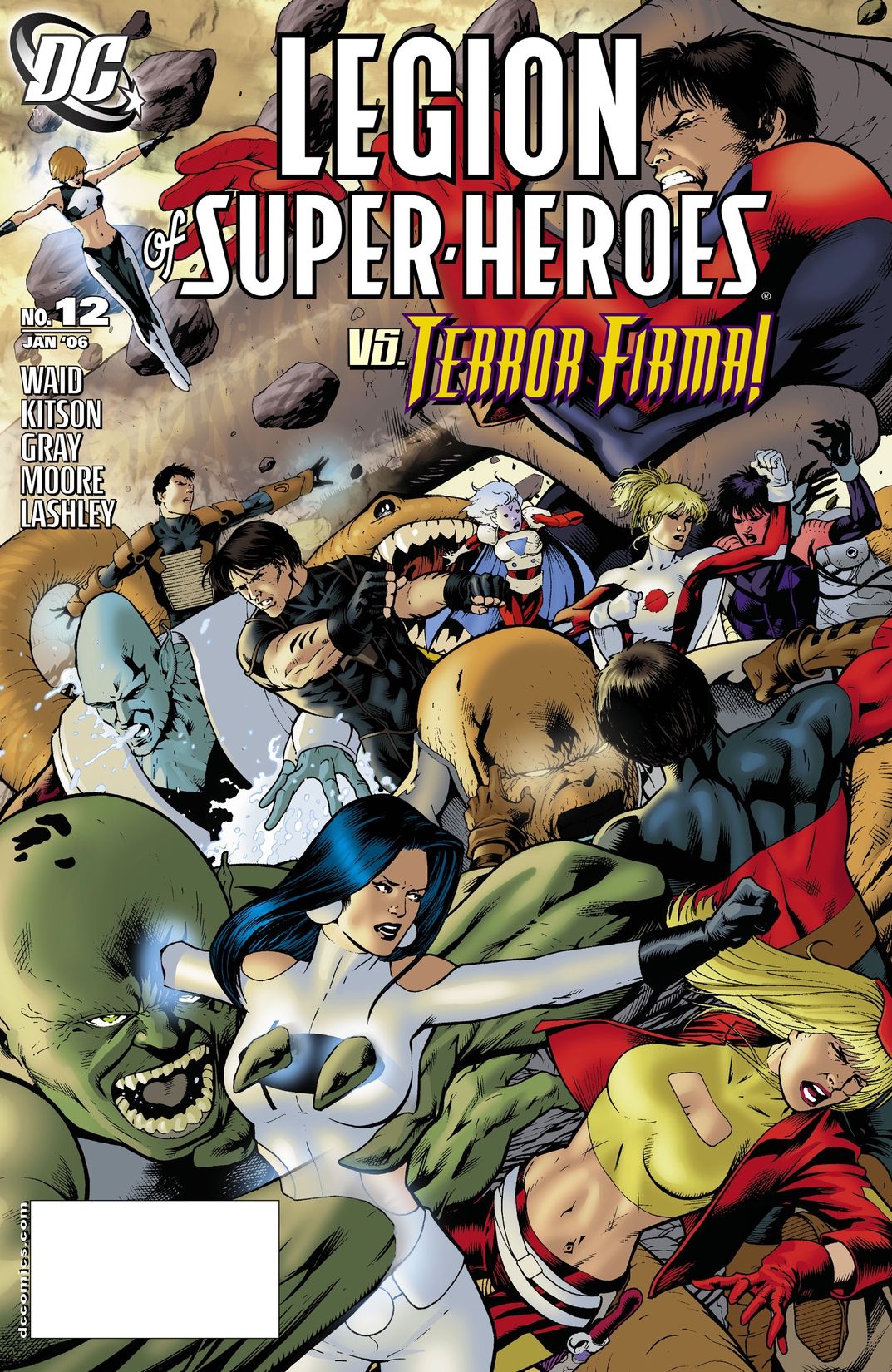 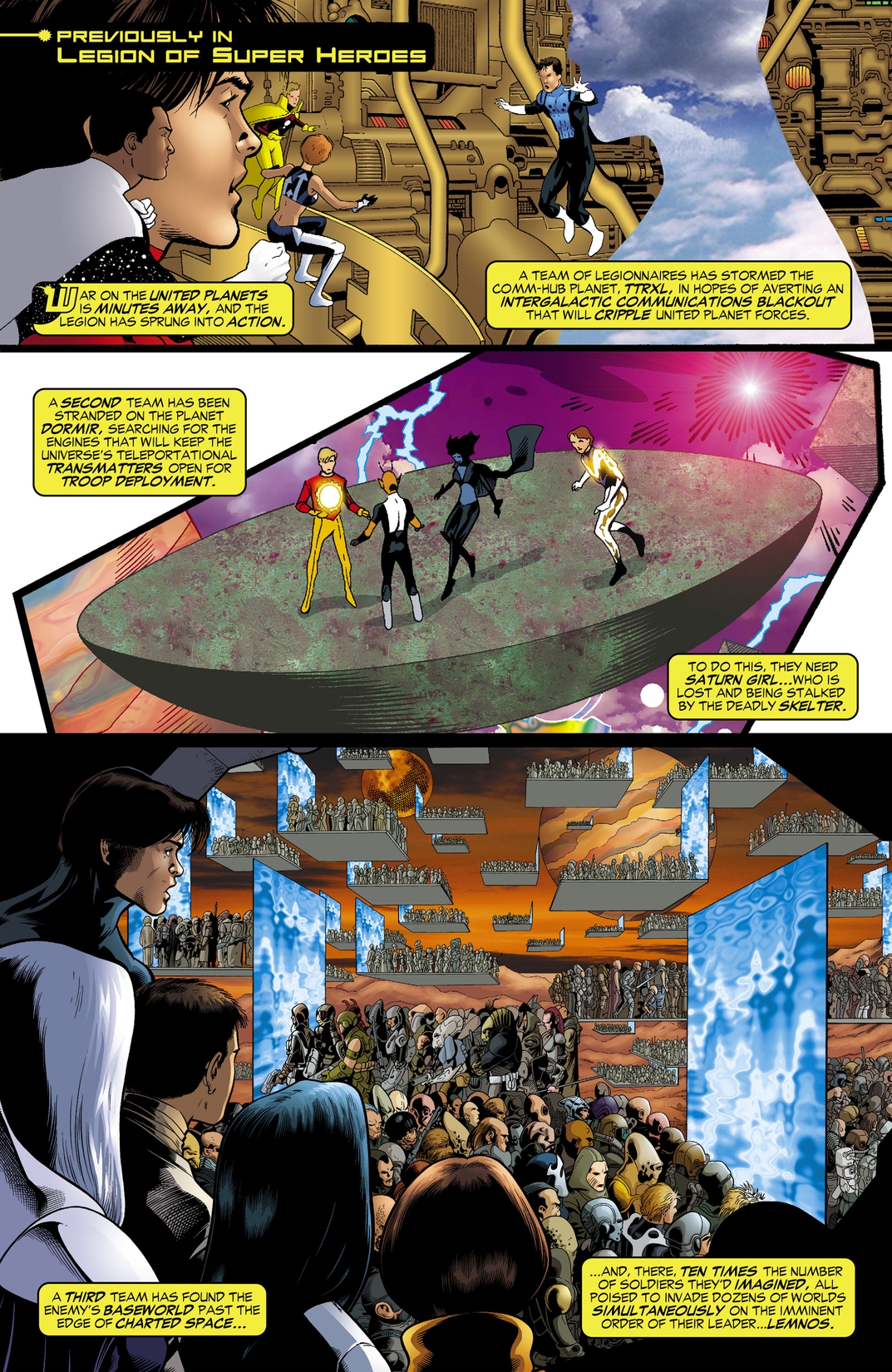 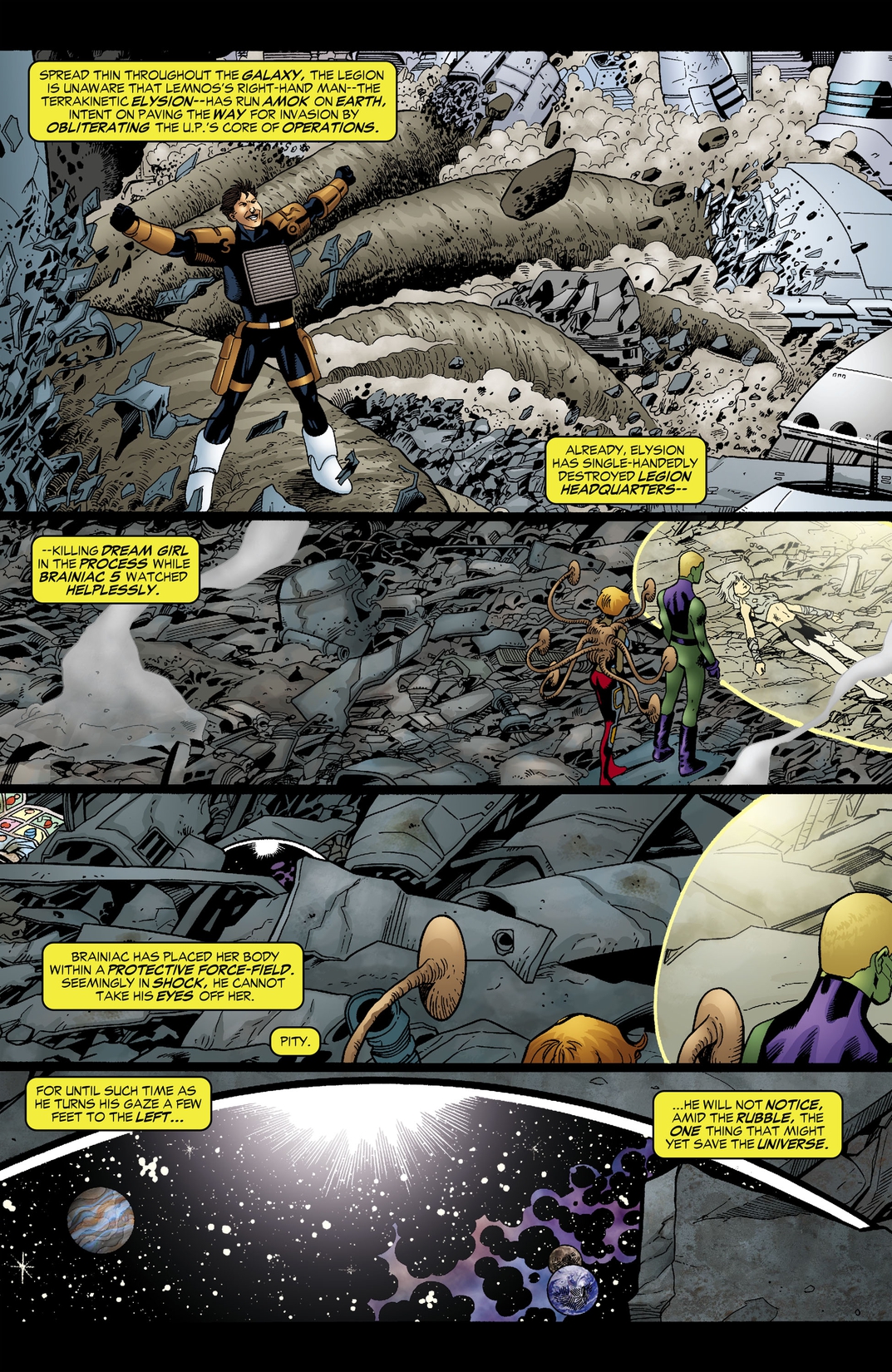 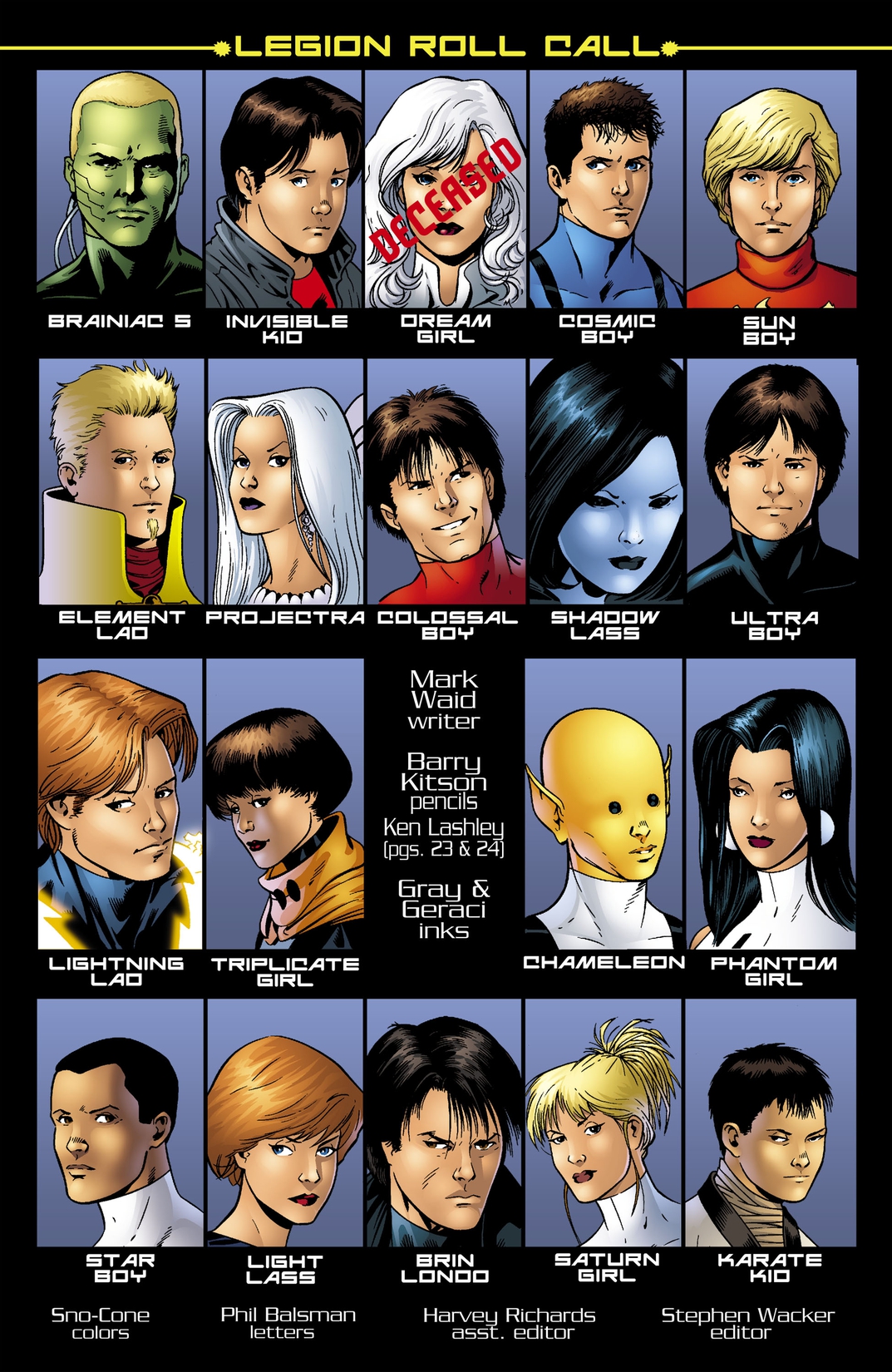 The first year of LEGION OF SUPER-HEROES wraps up in a finale that must be seen to be believed! The pieces have been put in place over the last 12 months, and now the threat to the universe stands revealed, leaving the team—and the 31st century—in shambles.