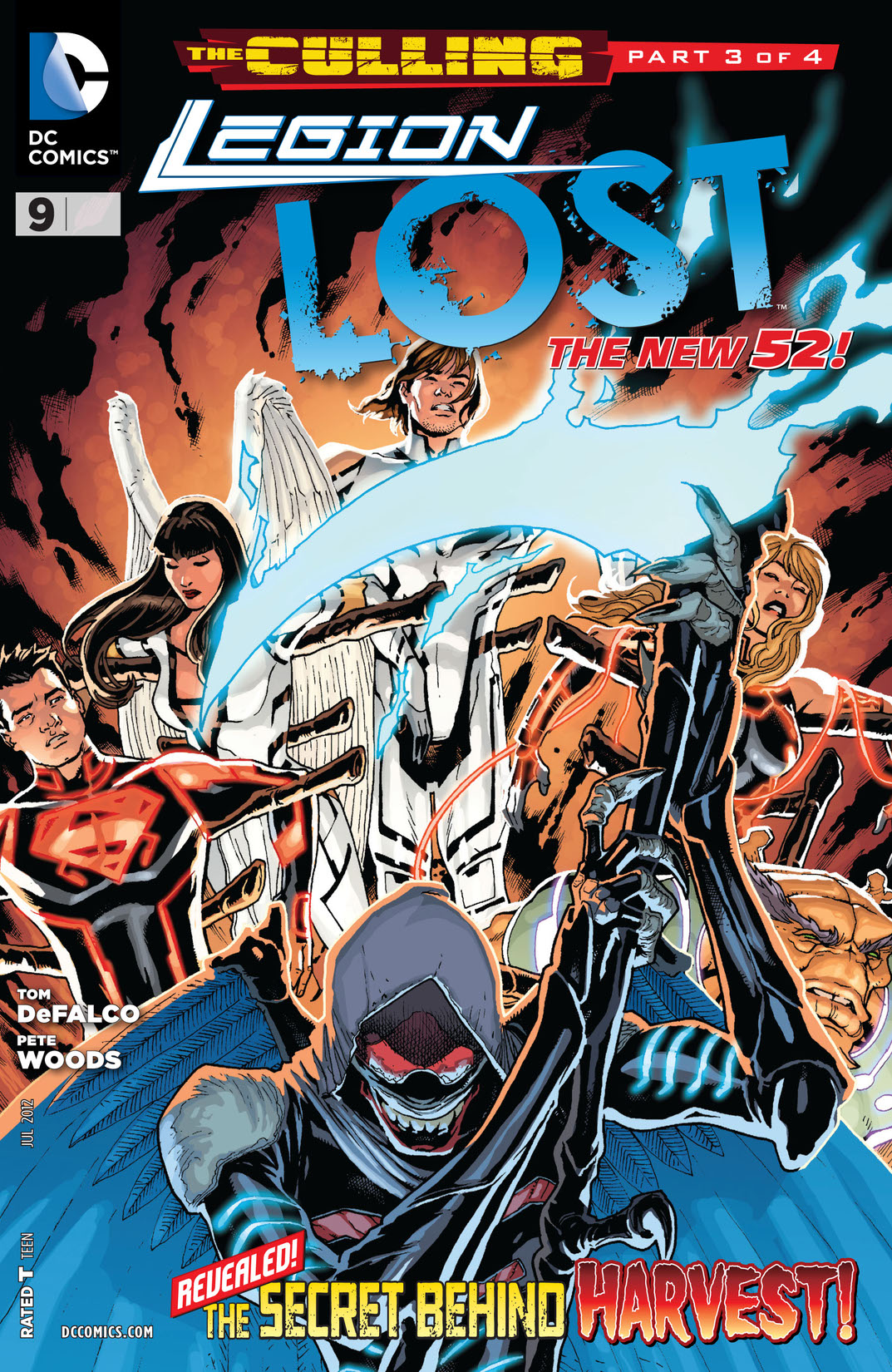 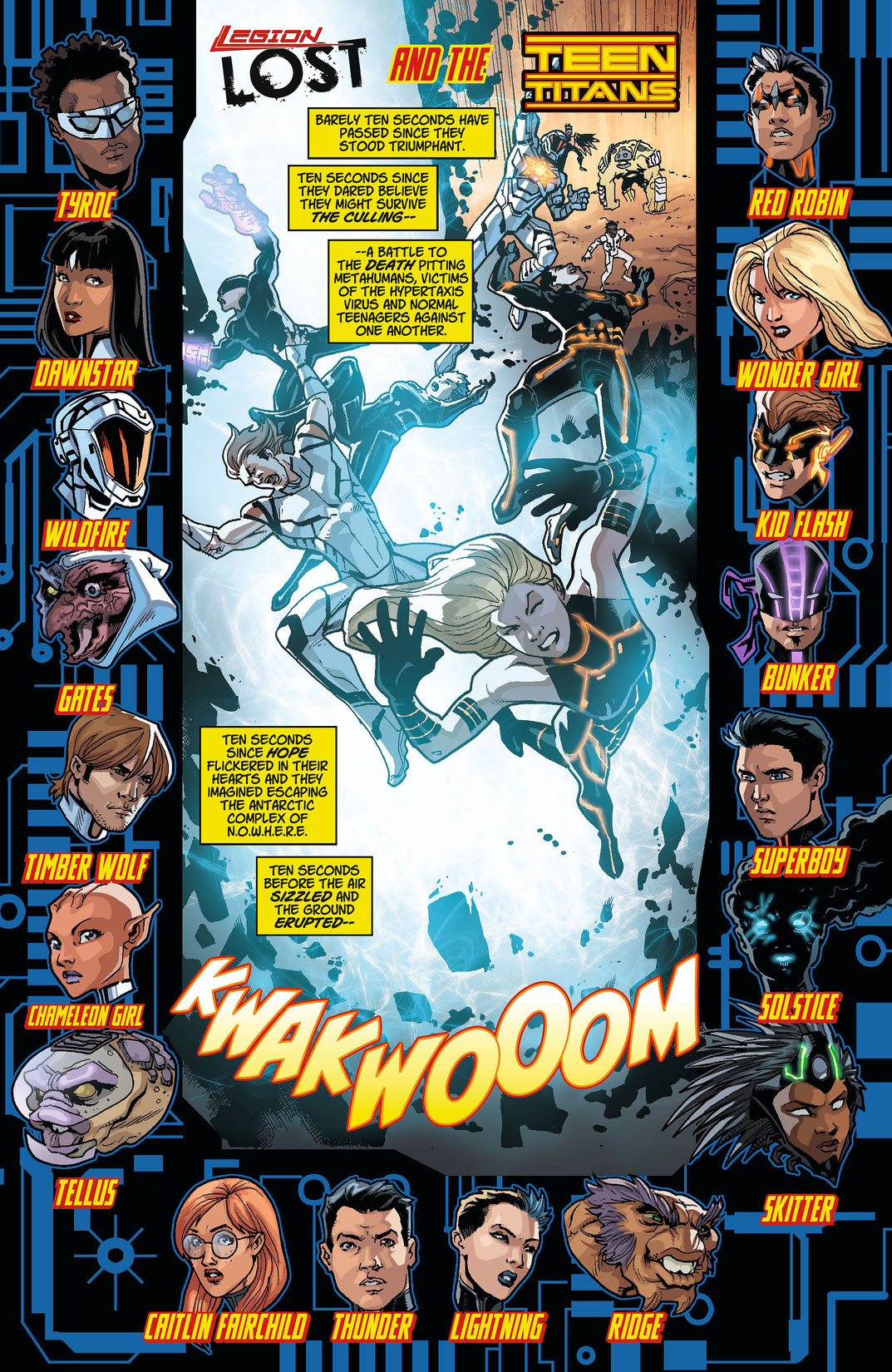 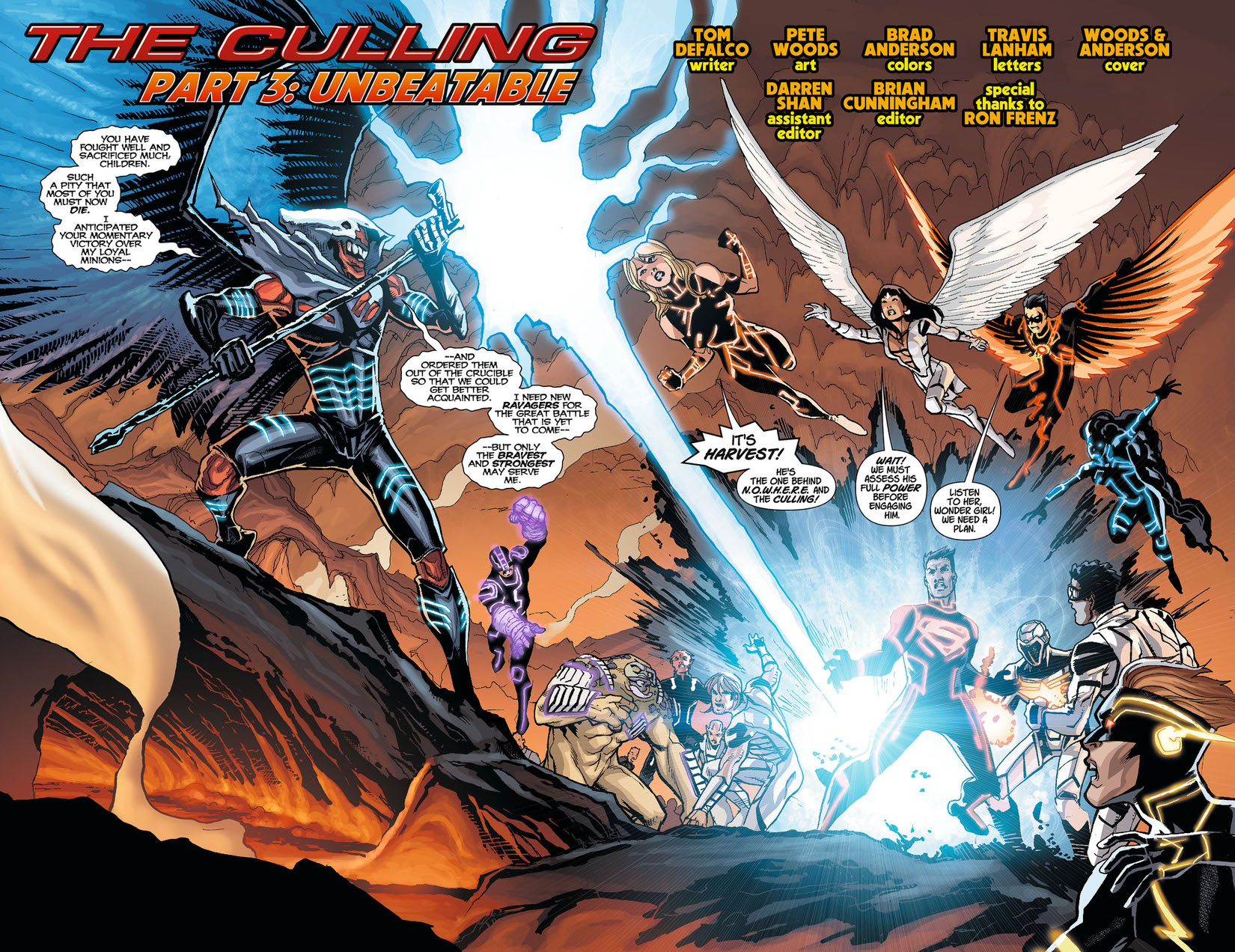 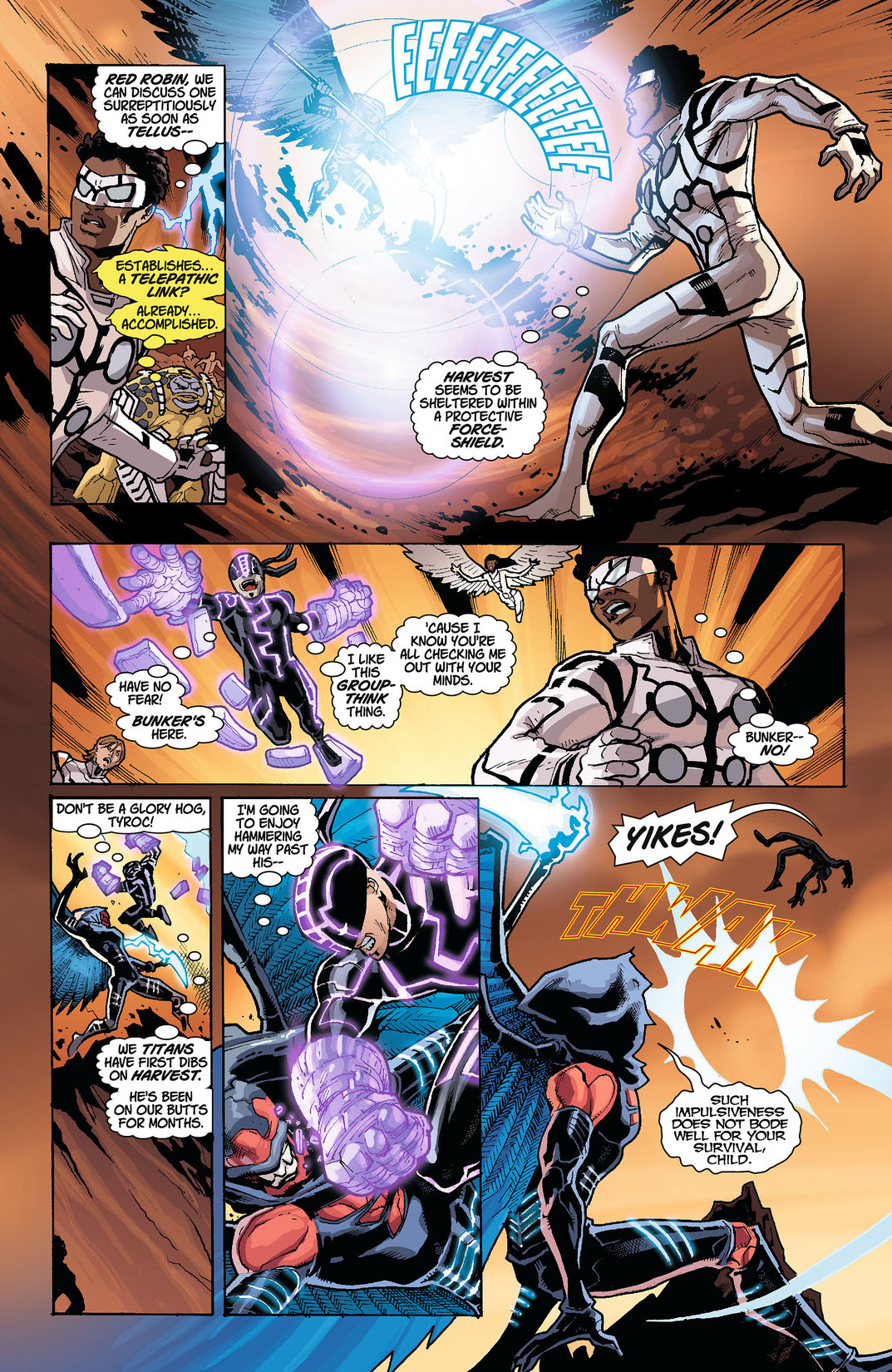 The Culling' part 3, continued from SUPERBOY #9. Even the combined powers of Legion Lost and the Teen Titans won't be enough to stop Dark Harvest and his minions from committing mass murder! Continued in TEEN TITANS #9.