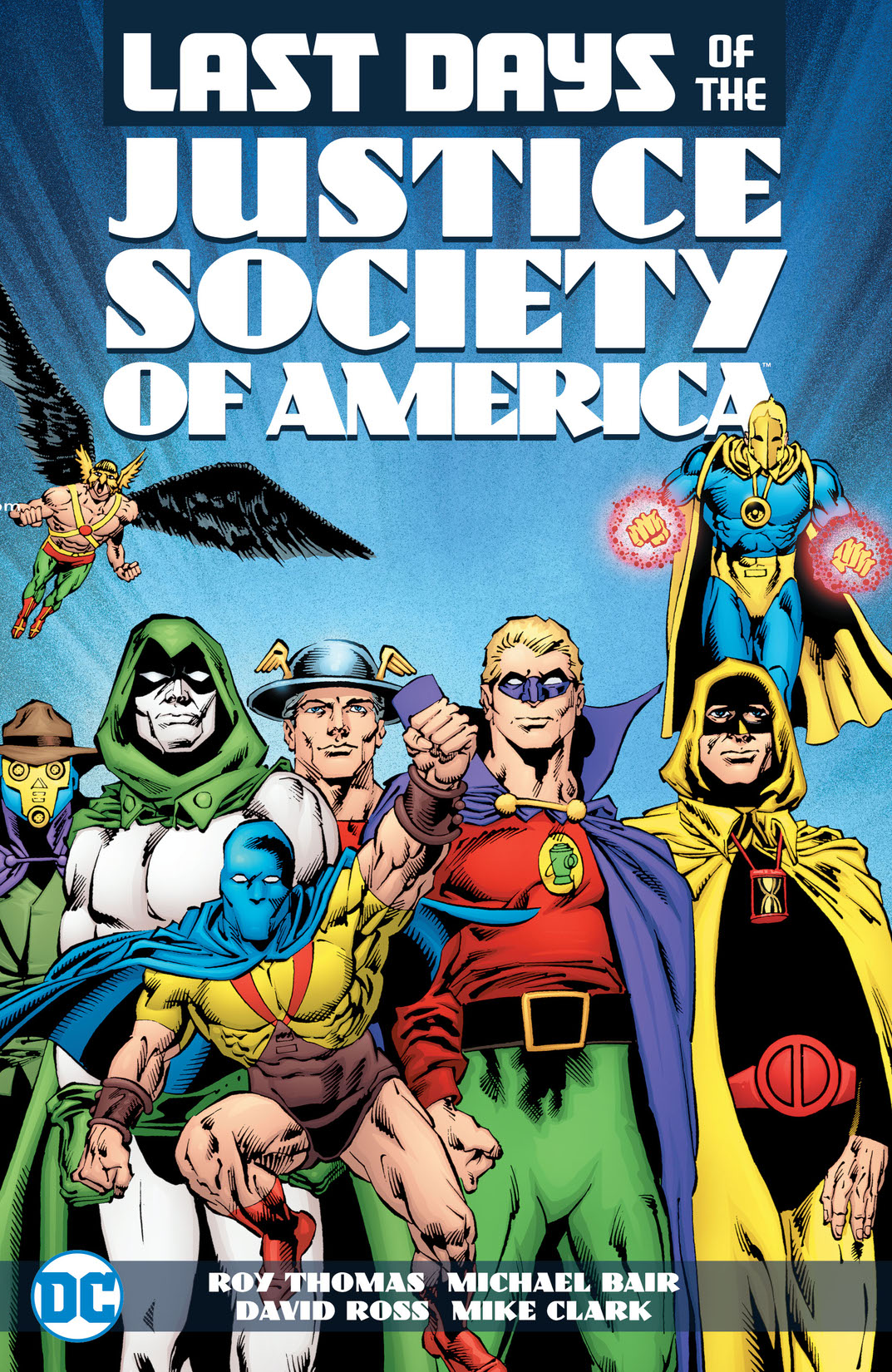 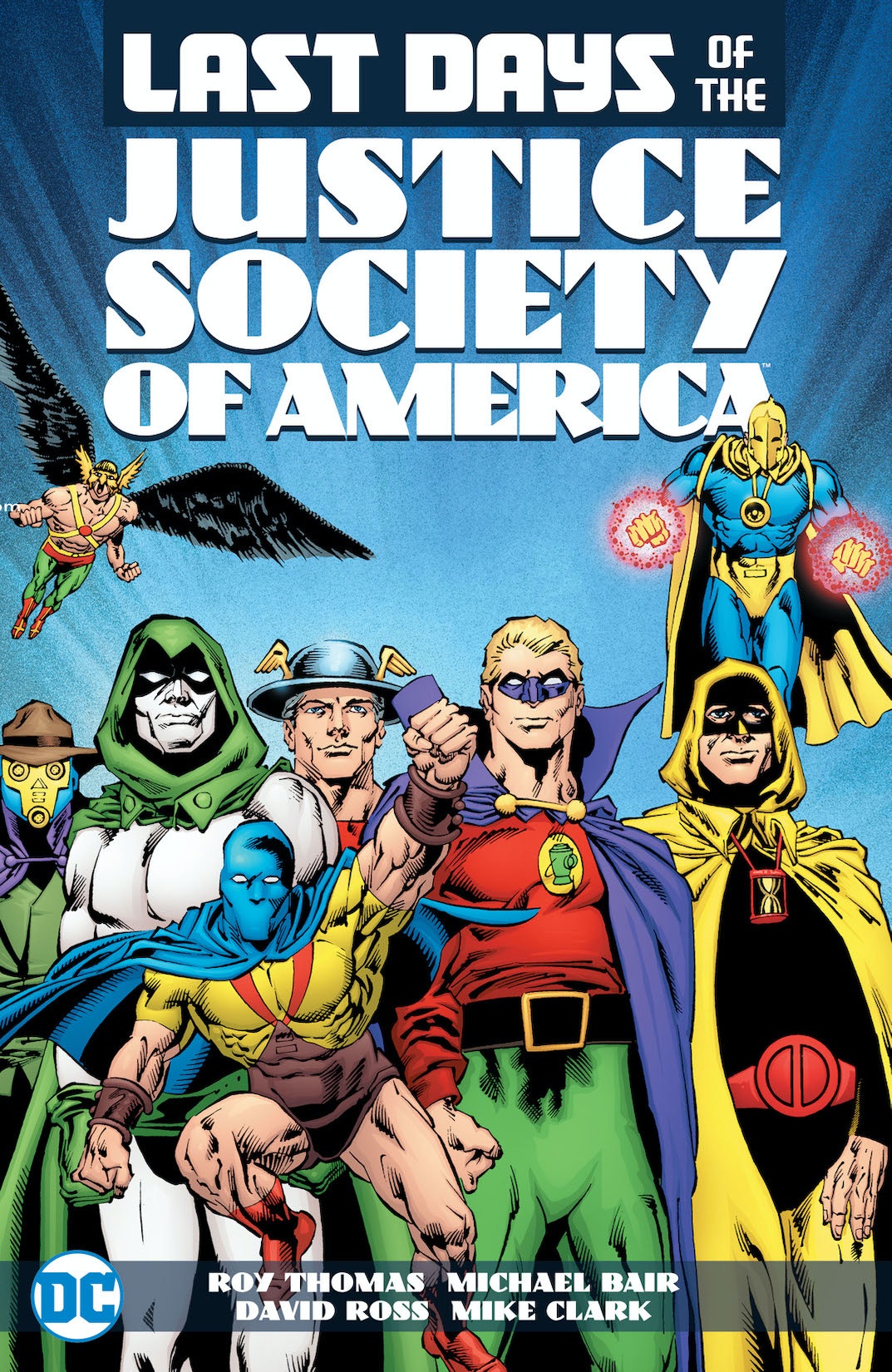 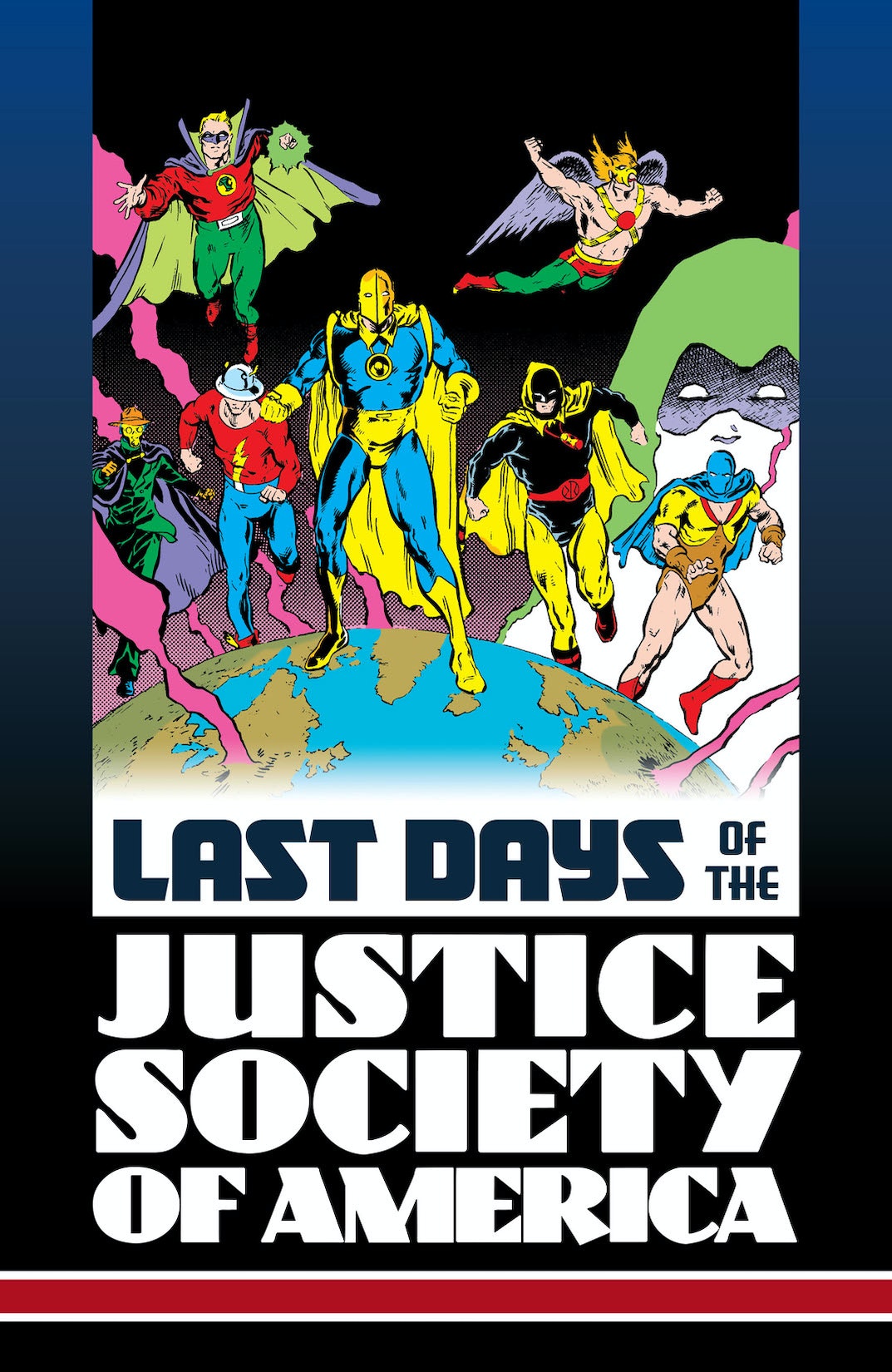 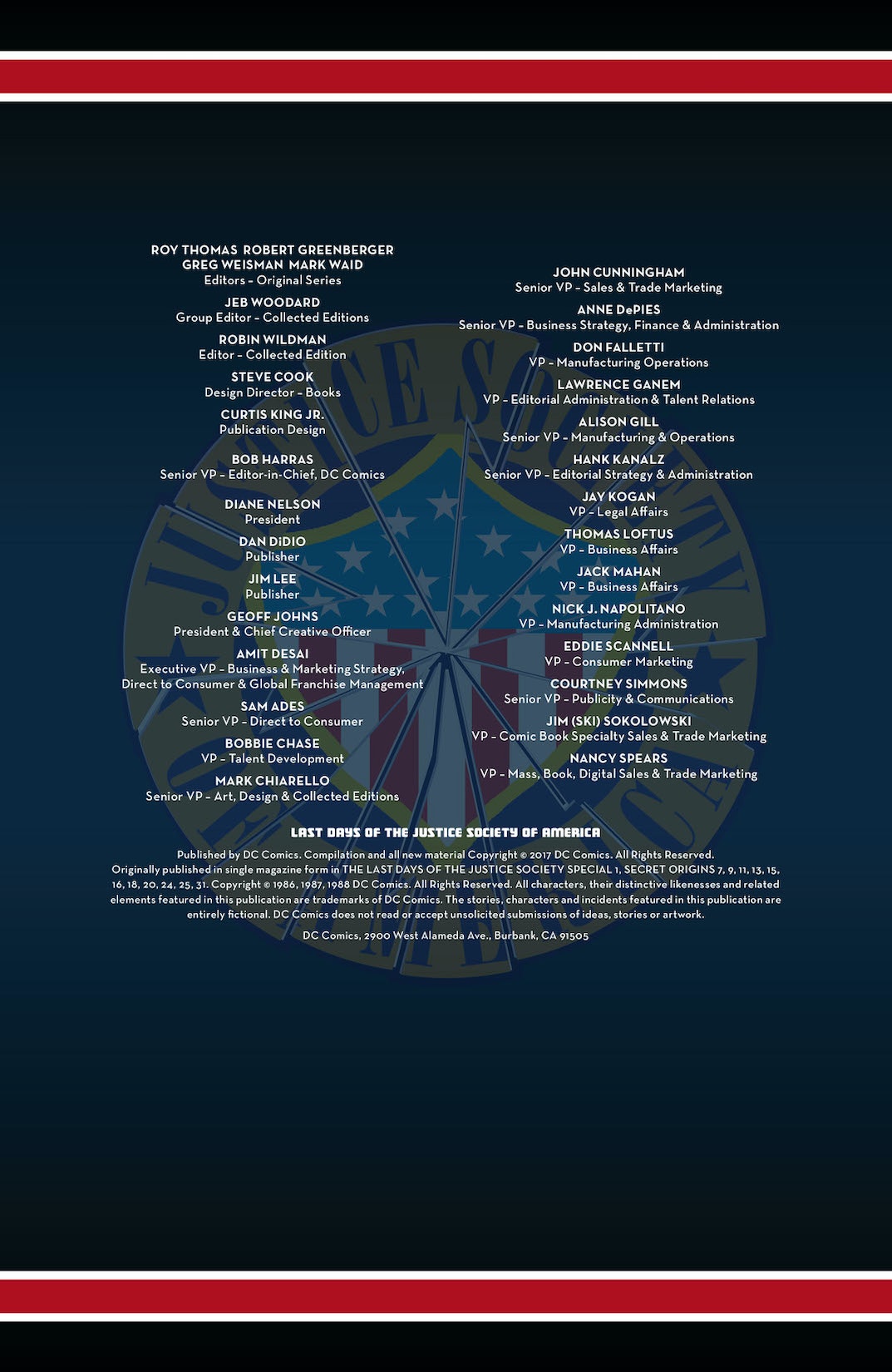 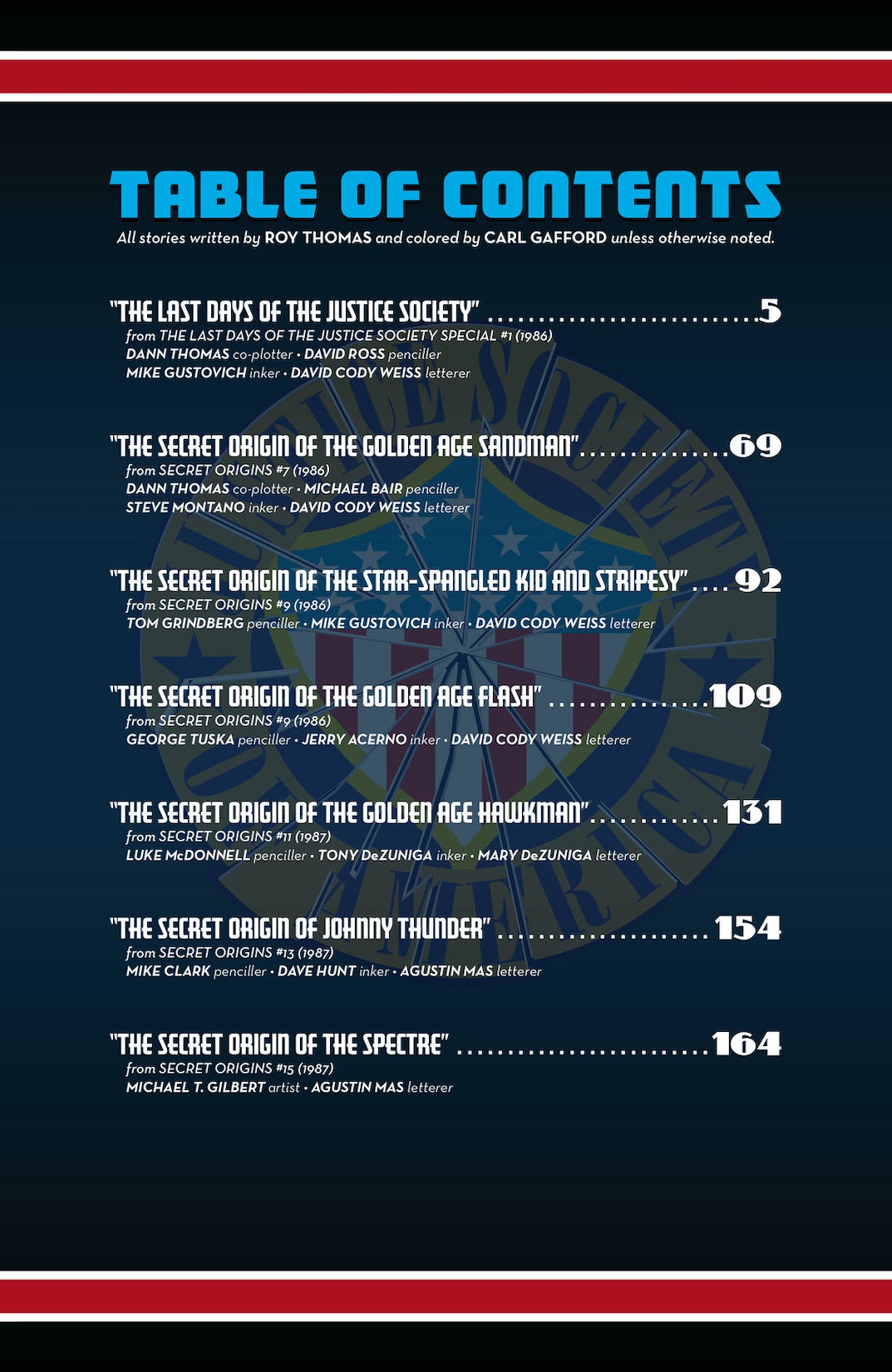 Last Days of the Justice Society of America

Last Days of the Justice Society of America

Green Lantern, the Flash, Starman, the Atom, Doctor Fate, Power Girl and the rest of the JSA were once the celebrated champions of Earth-2. But then came the Crisis, a cataclysm so great that it reached across realities, destroying all parallel worlds and leaving only one Earth. The Universe was saved, but the Justice Society was left in a world that is already filled with other heroes. But just as the team is on the cusp of disbanding, they receive a dire message from the Spectre, sending them on perhaps their greatest mission ever... The universe is in jeopardy, and to save it the JSA must journey back in time to the heart of Hitler’s Germany. If they fail, all they fought for in the Crisis could be lost once more. LAST DAYS OF THE JUSTICE SOCIETY OF AMERICA reprints the title story from Roy Thomas (CONAN: THE BARBARIAN) and David Ross (AVENGERS WEST COAST) for the first time, as well as the SECRET ORIGINS of the Golden Age Justice Society-featuring artists Michael Bair (HAWKMAN), Mike Clark (ALL-STAR SQUADRON) and more!