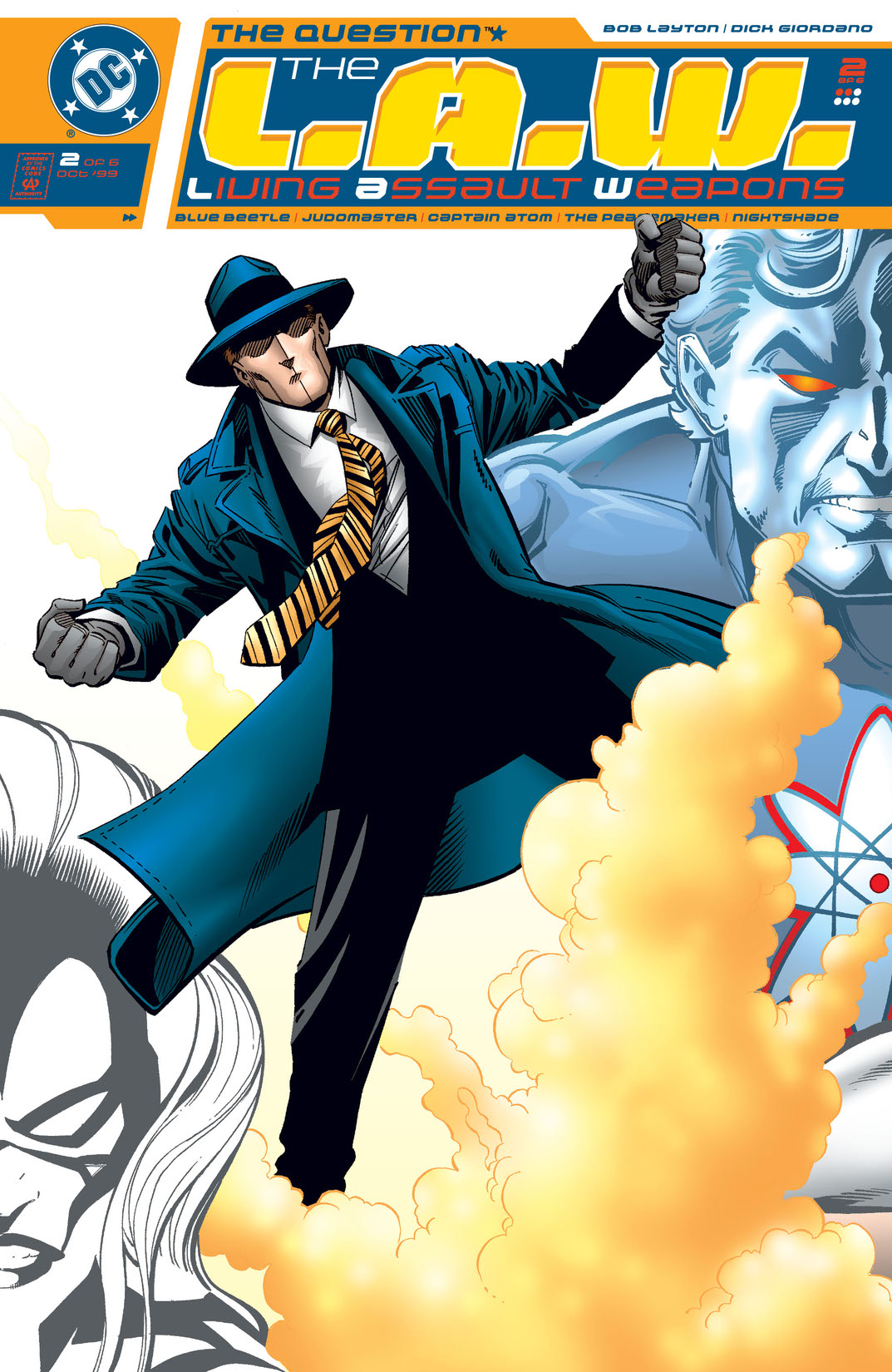 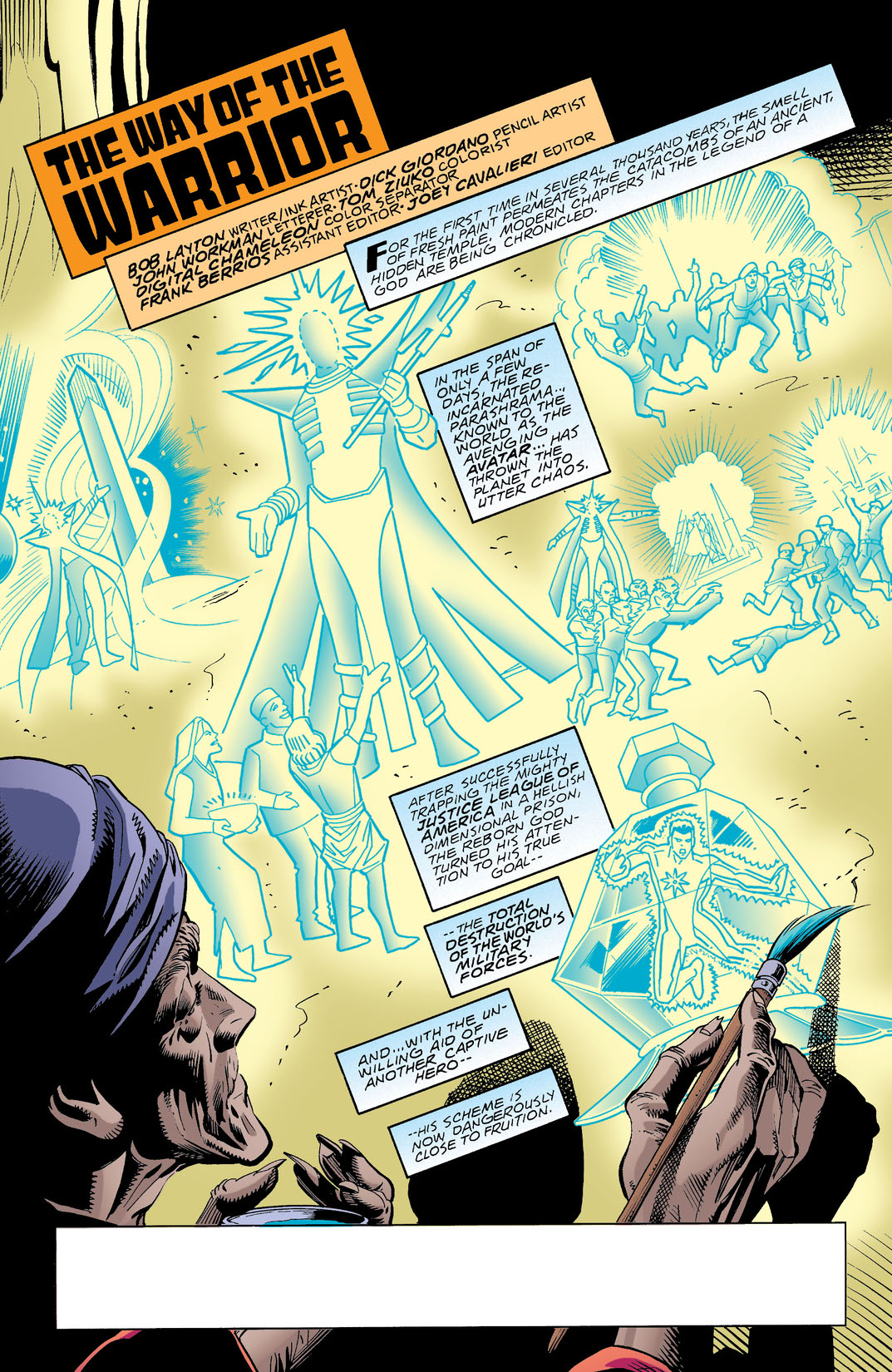 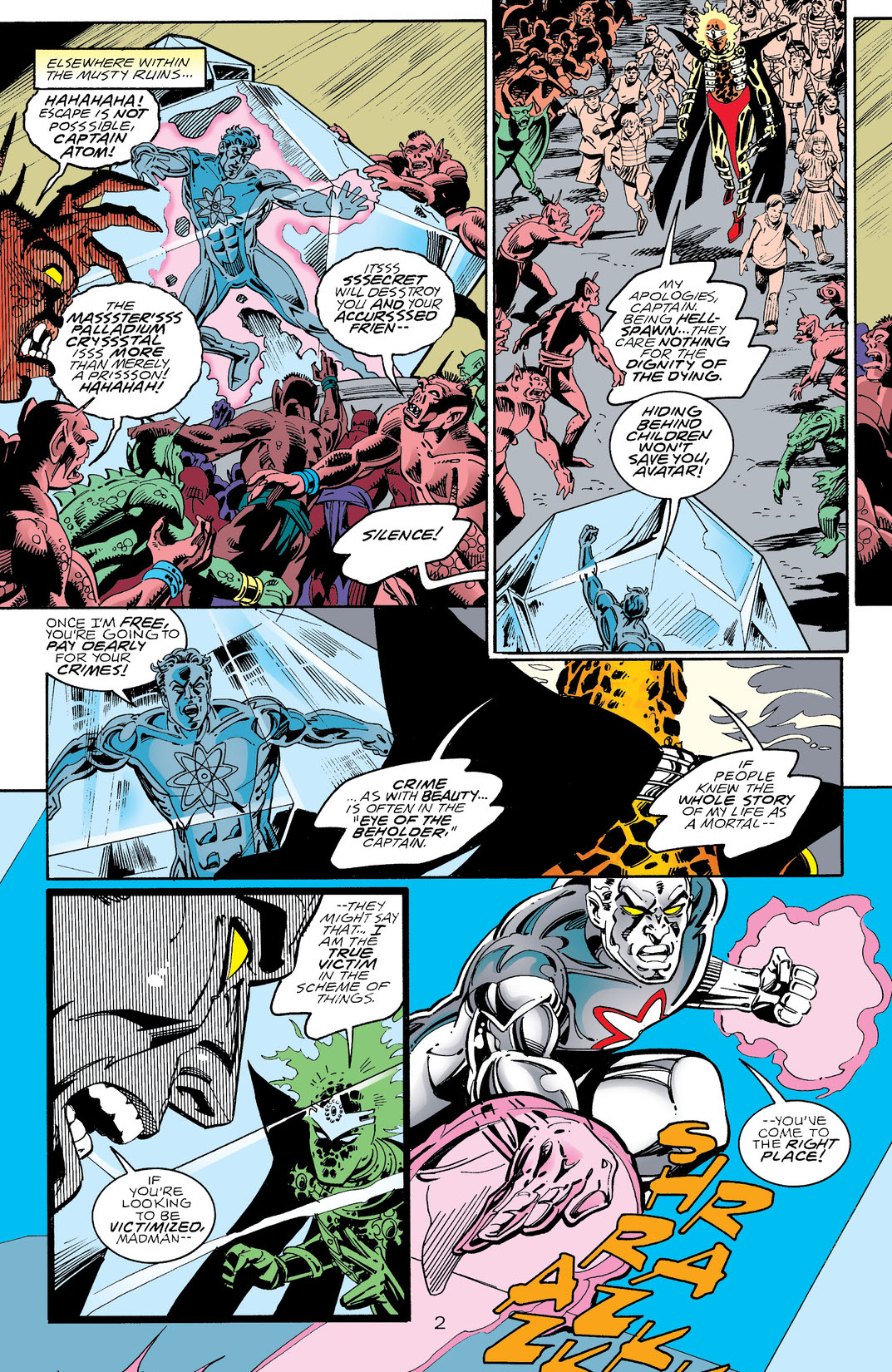 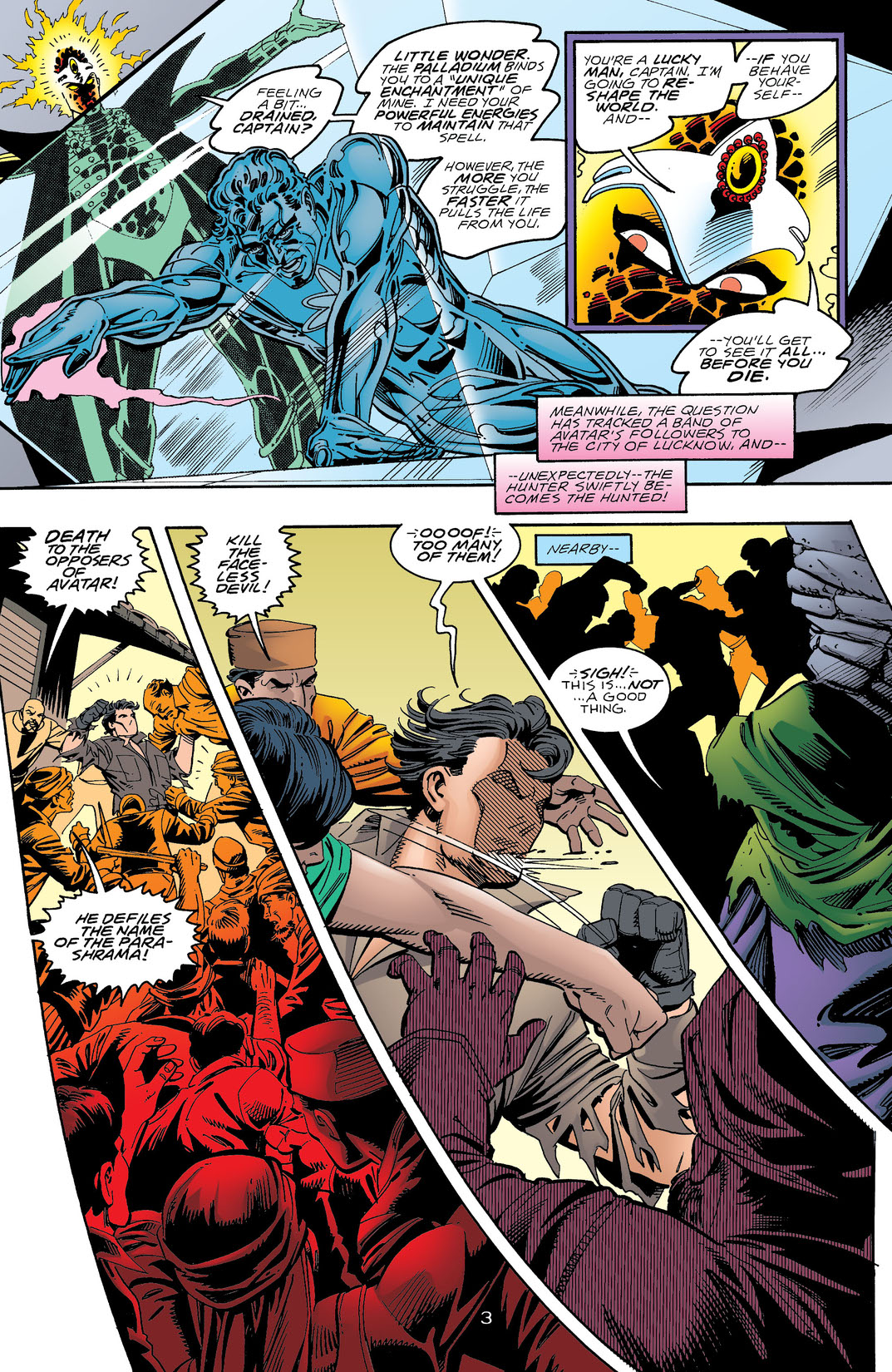 “THE WAY OF THE WARRIOR!” The JLA has vanished...and only a strange assemblage of heroes stands against the deadly Avatar! The Avatar will stop at nothing to eliminate all the world’s military forces...including its superheroes! The JLA has already been banished to another dimension; Captain Atom’s been abducted; and now only Blue Beetle, the Question, Sarge Steel, Nightshade and Judomaster remain. But is one of them a traitor to the cause?