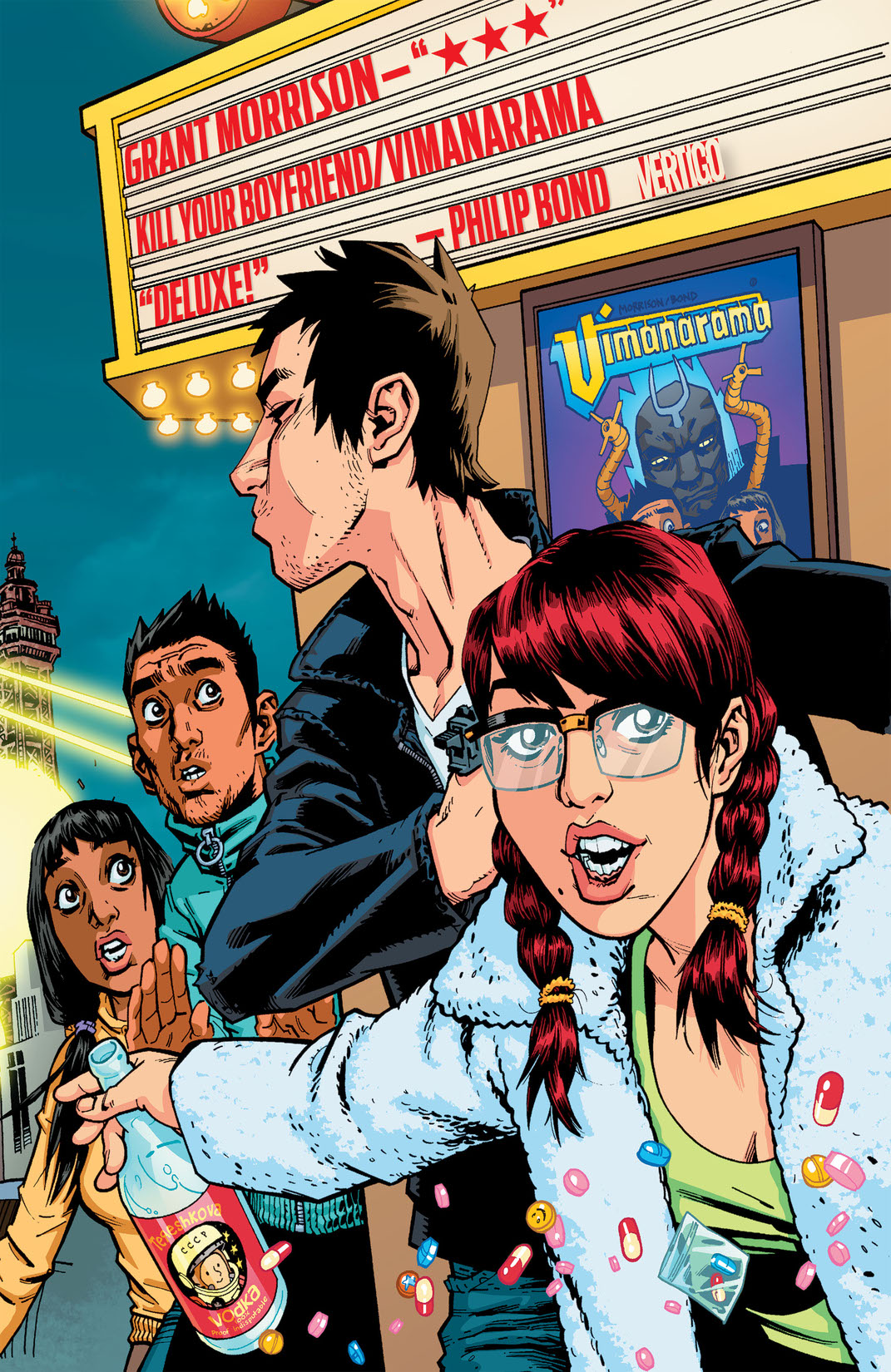 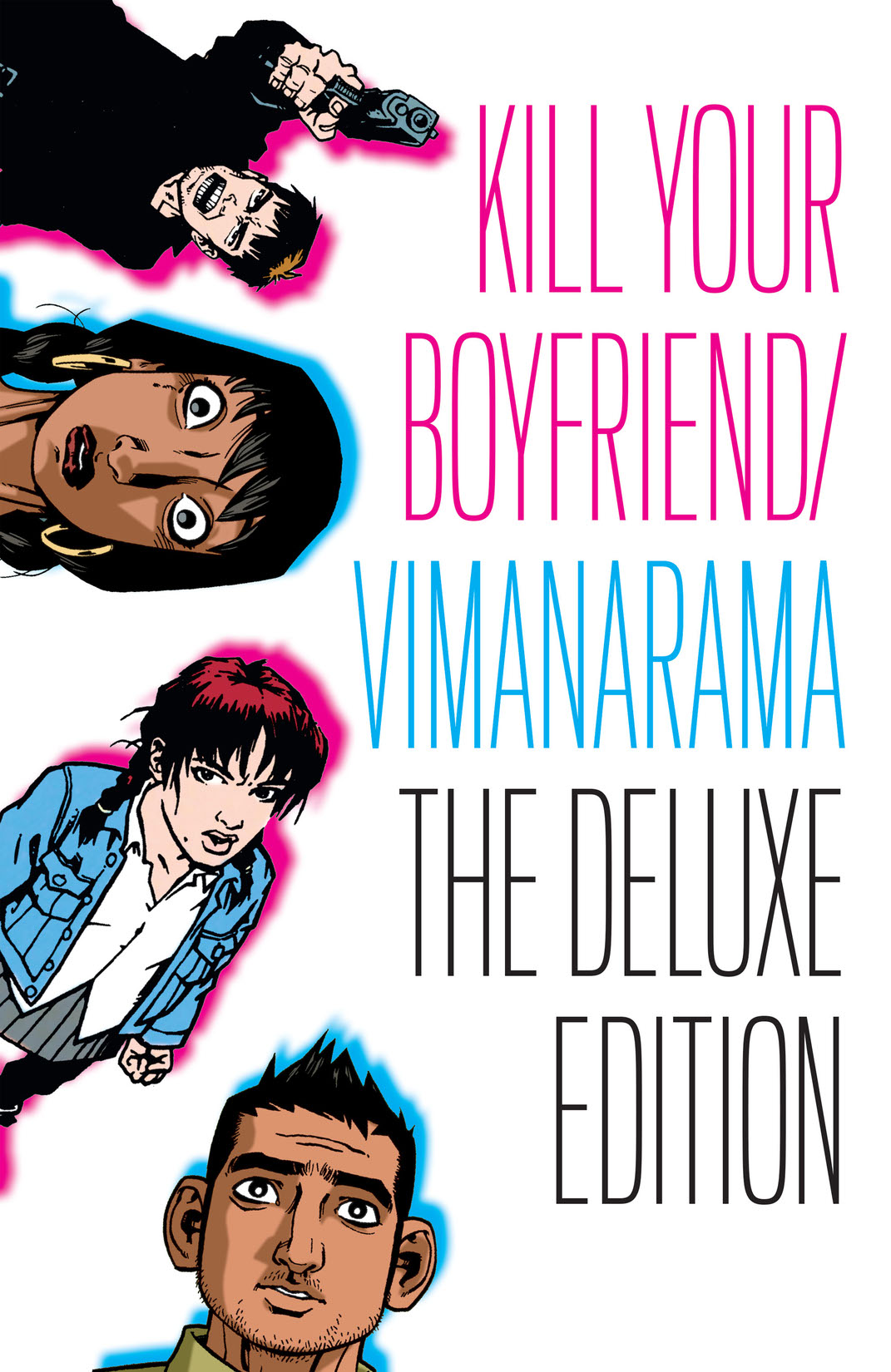 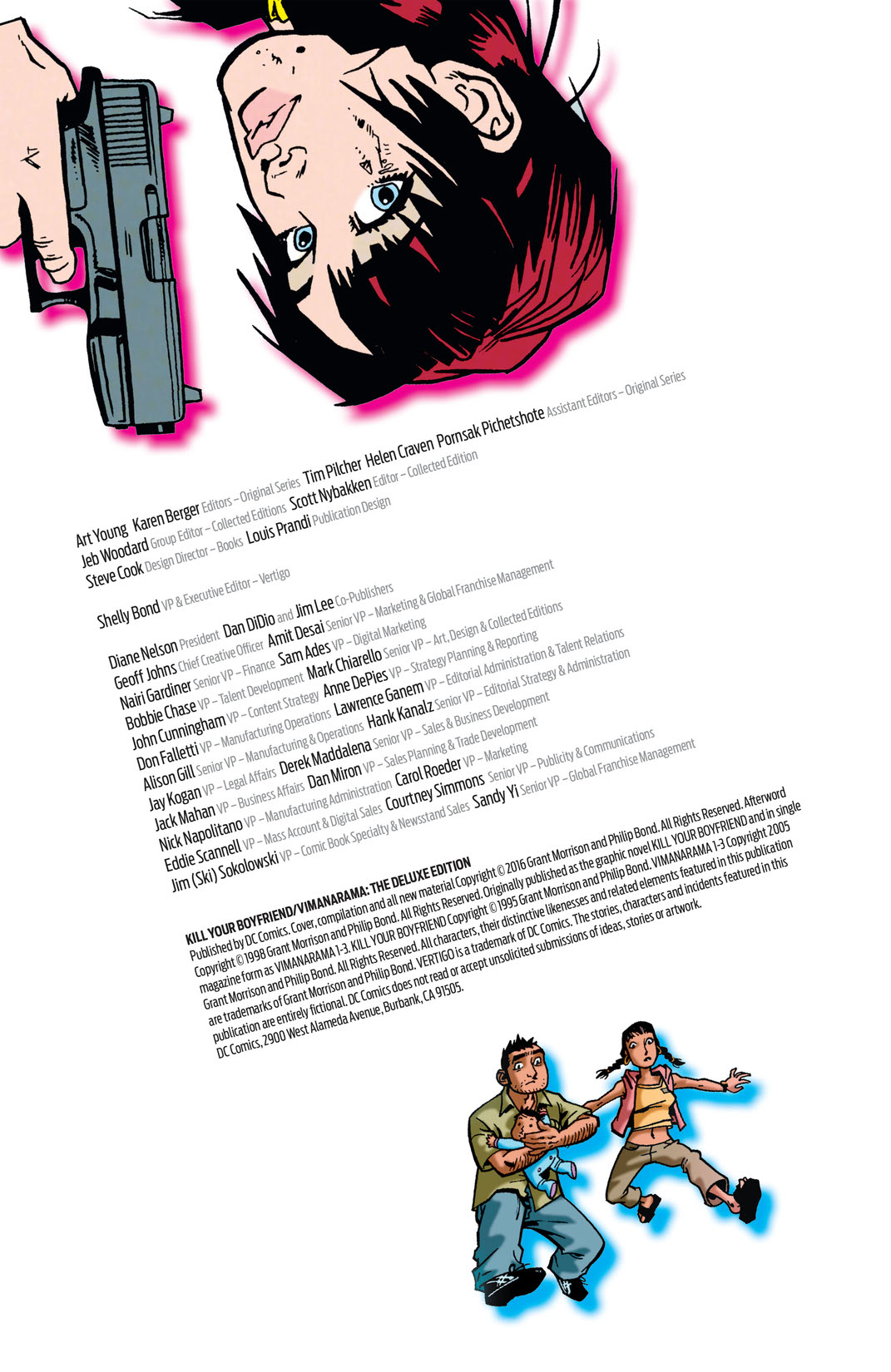 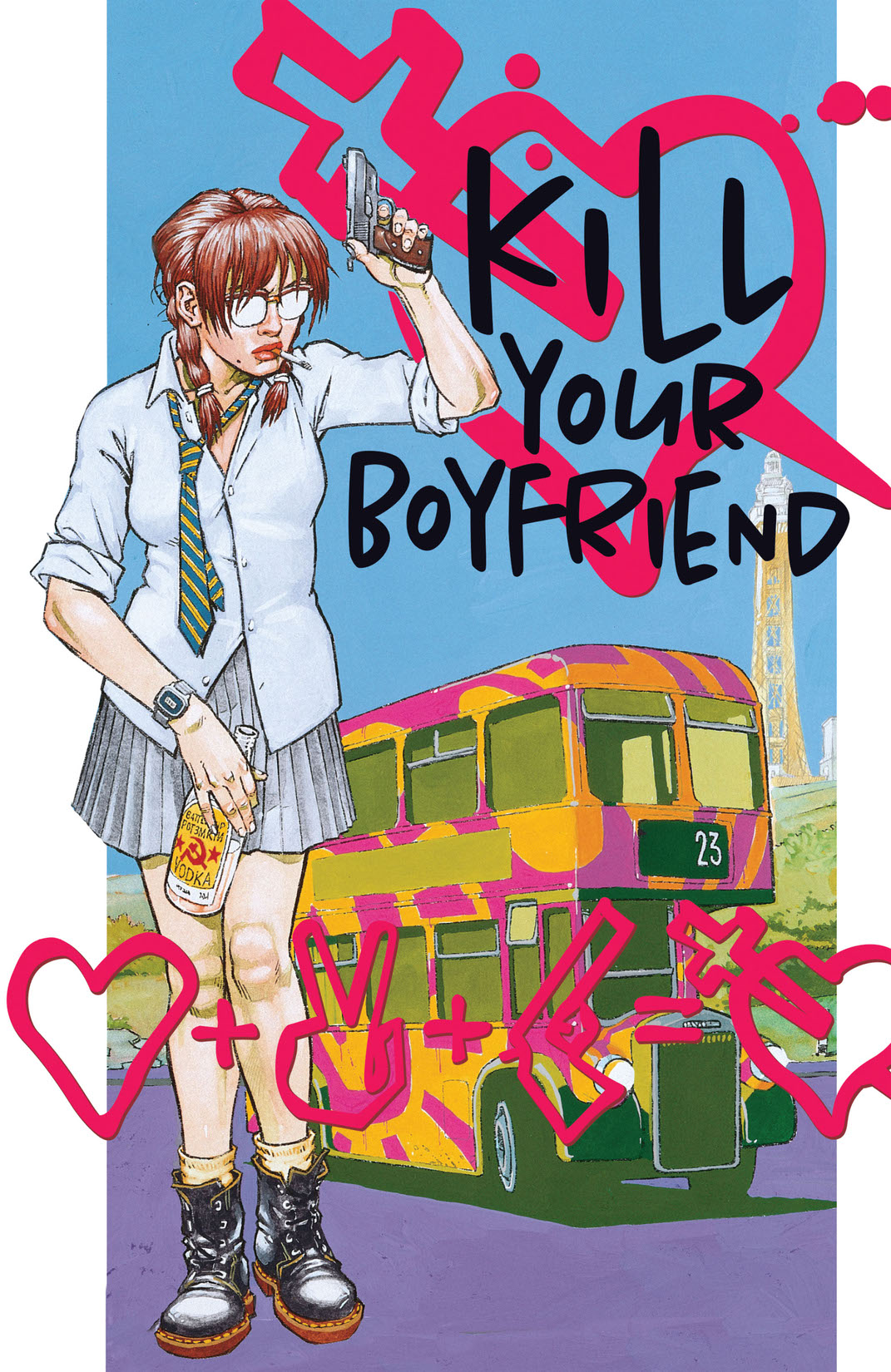 Two vibrant, disruptive and groundbreaking narratives from comics auteurs Grant Morrison and Philip Bond-collected in their entirety for the first time ever! When you’re a teenager, any bad day can feel like the end of the world-especially in the stifling domesticity of English suburbia. The boredom of everyday life and the inescapability of bourgeois existence make death seem like an attractive option. But what happens when the excitement you crave actually arrives in full force? The answer may surprise you! In KILL YOUR BOYFRIEND, two young lovers trade middle-class security for murder, drugs and hormone-driven anarchy. Is unbridled hedonism really everything it’s cracked up to be? Of course it is! In VIMANARAMA, a nervous bride and groom anticipate their first meeting, only to be interrupted by immortal avatars of light and shadow battling over the fate of the world. Will Ali and Sofia succeed in forging a bond in the ruins of a fallen world? It is written! Morrison’s narrative inventiveness meshes seamlessly with Bond’s expressive artwork in KILL YOUR BOYFRIEND/VIMANARAMA: THE DELUXE EDITION, which includes an afterword from the author and an all-new sketchbook section from the artist.