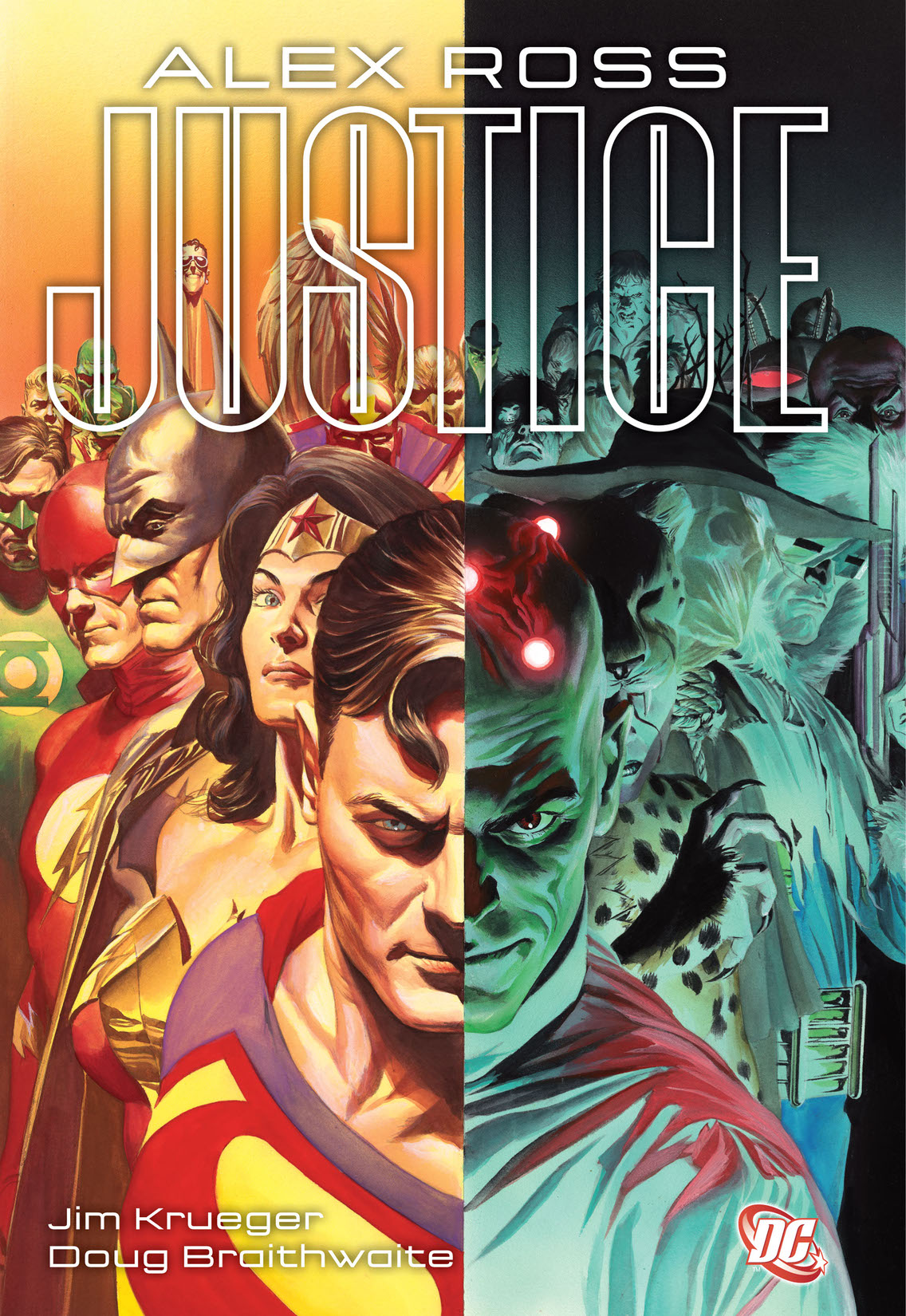 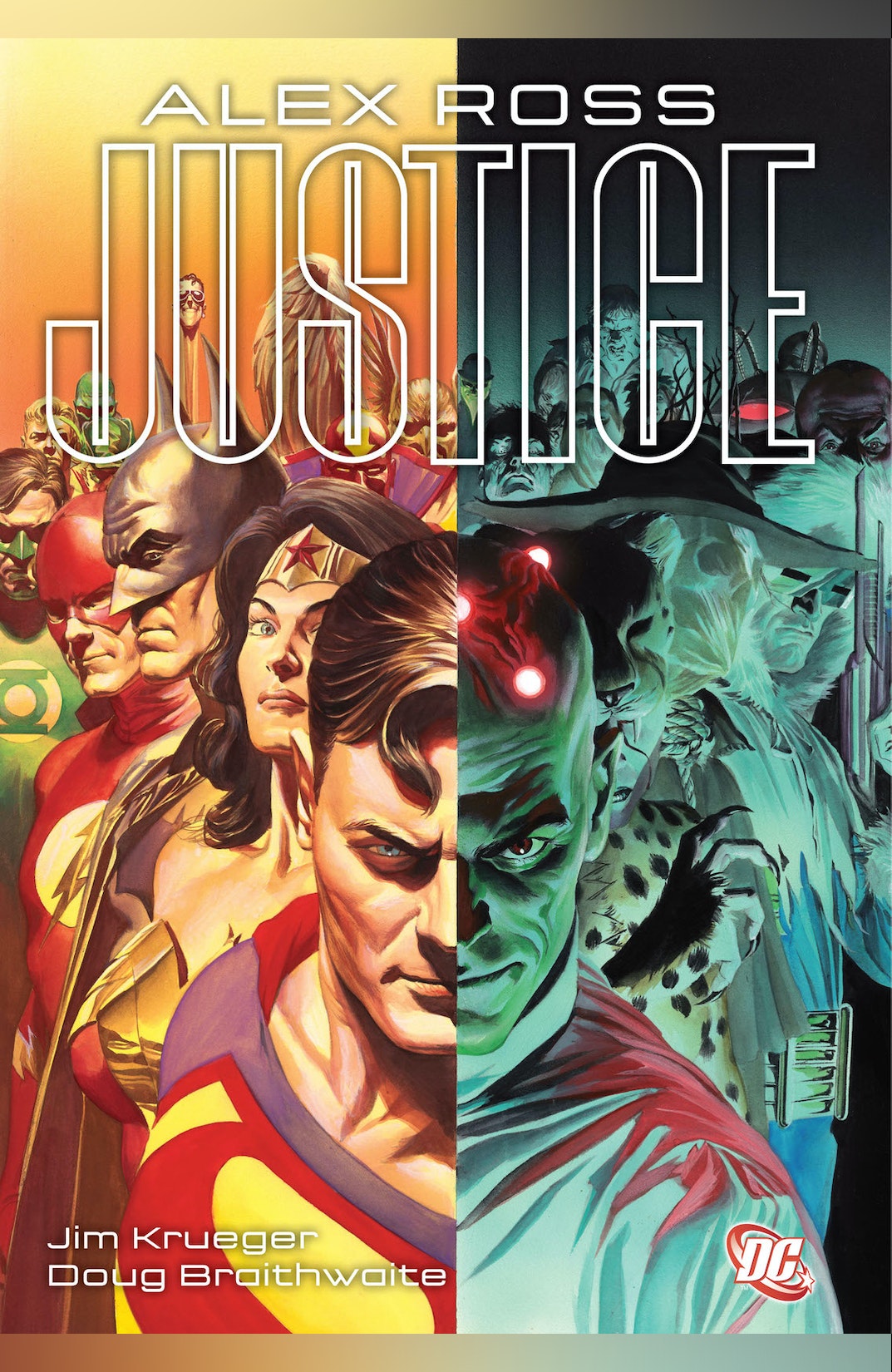 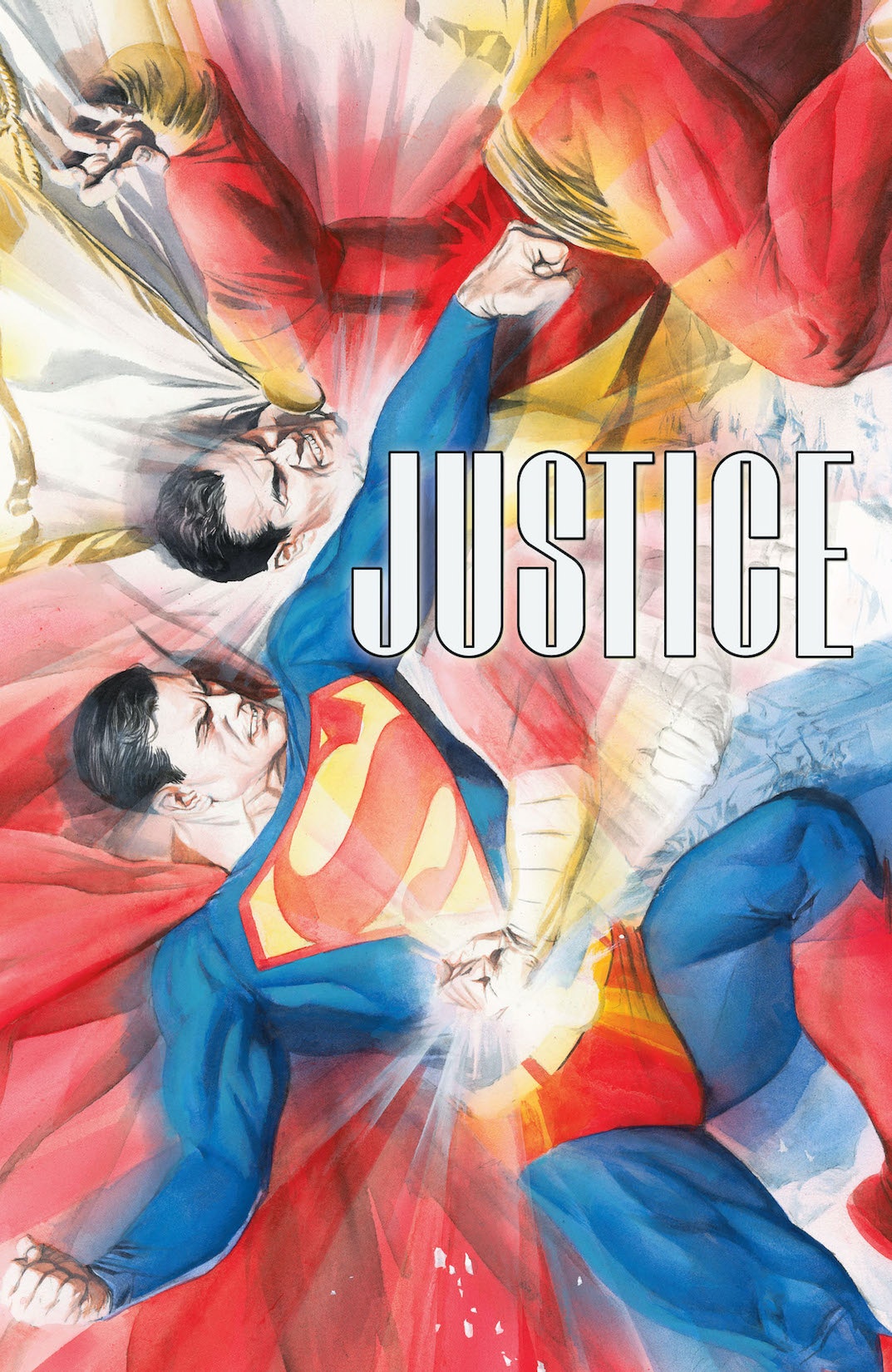 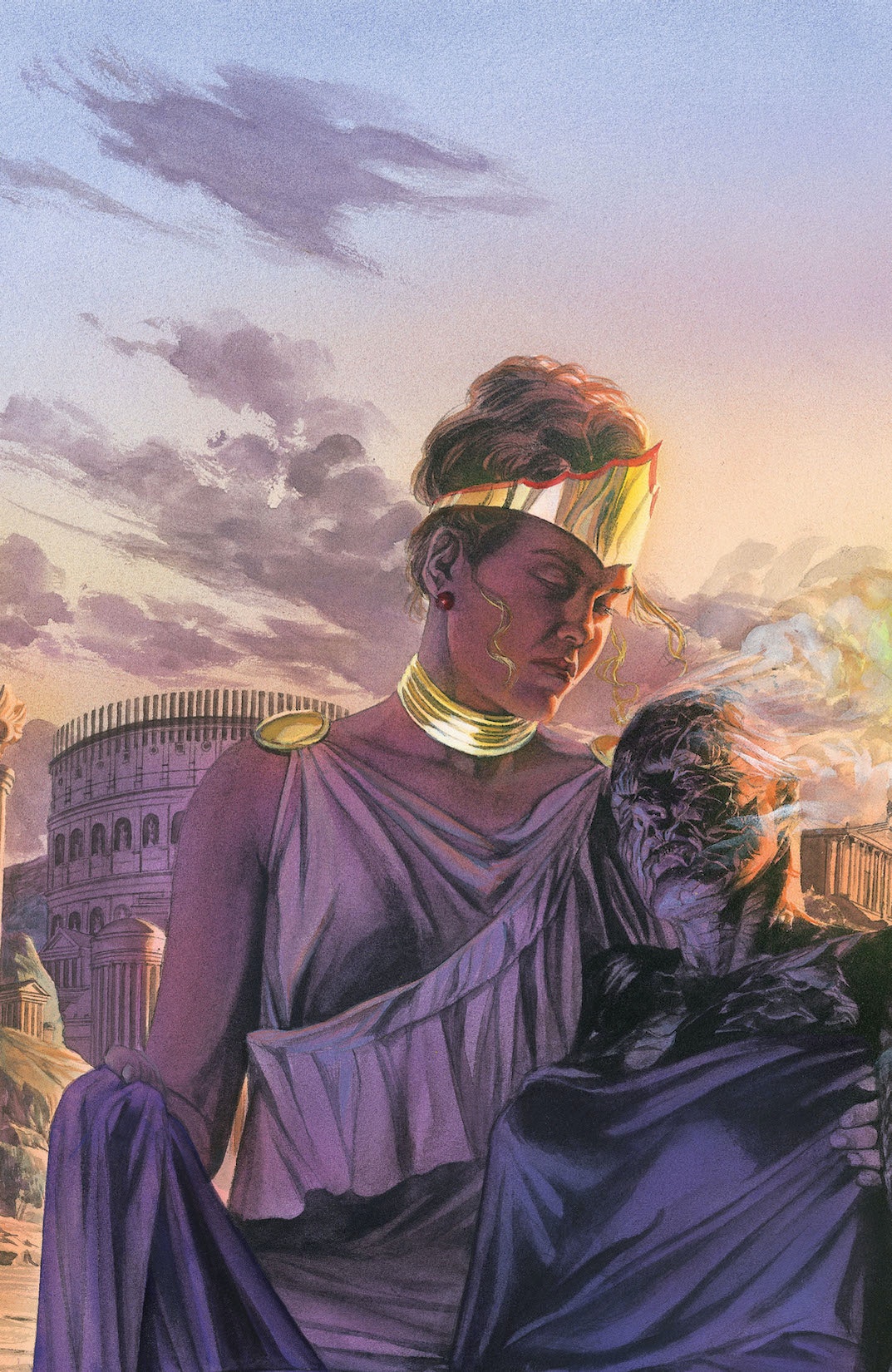 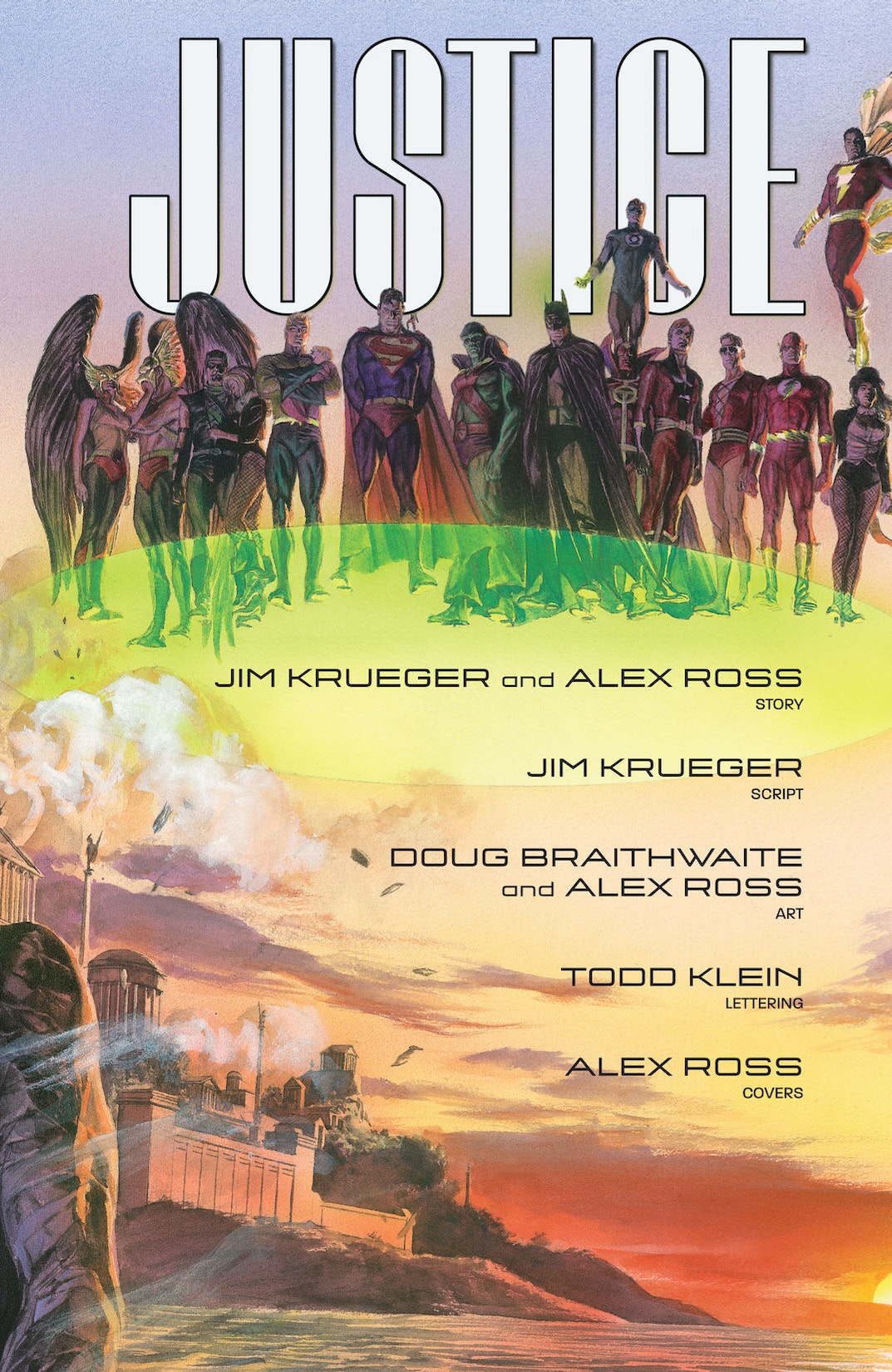 They are the World's Greatest Super-Heroes. But the members of the fabled Justice League of America are about to learn they aren't the only ones who can band together toward a common goal. The deadliest criminal masterminds of our time appear to beacting in concert — with a surprising plan that seeks to achieve more good than the JLA ever could! But it's just the latest attempt at world domination — and our heroes strive to expose the truth, to fight...for JUSTICE! DC's pantheon of heroes is reimagined by fan-favorite painter Alex Ross (Kingdom Come, Marvels) and writer Jim Krueger (Earth X, Universe X), with pencil art by Doug Braithwaite (Paradise X) painted by Ross.