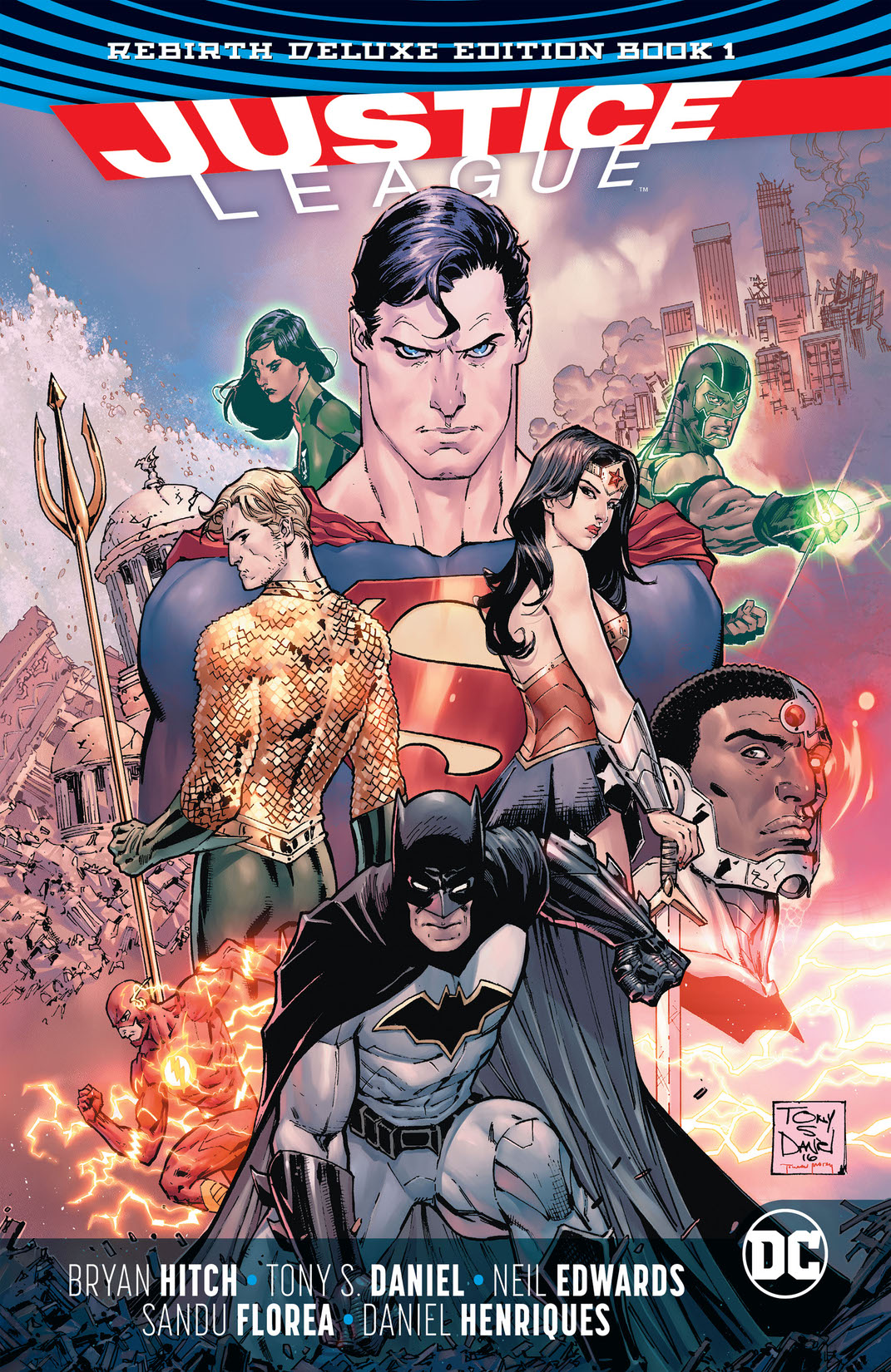 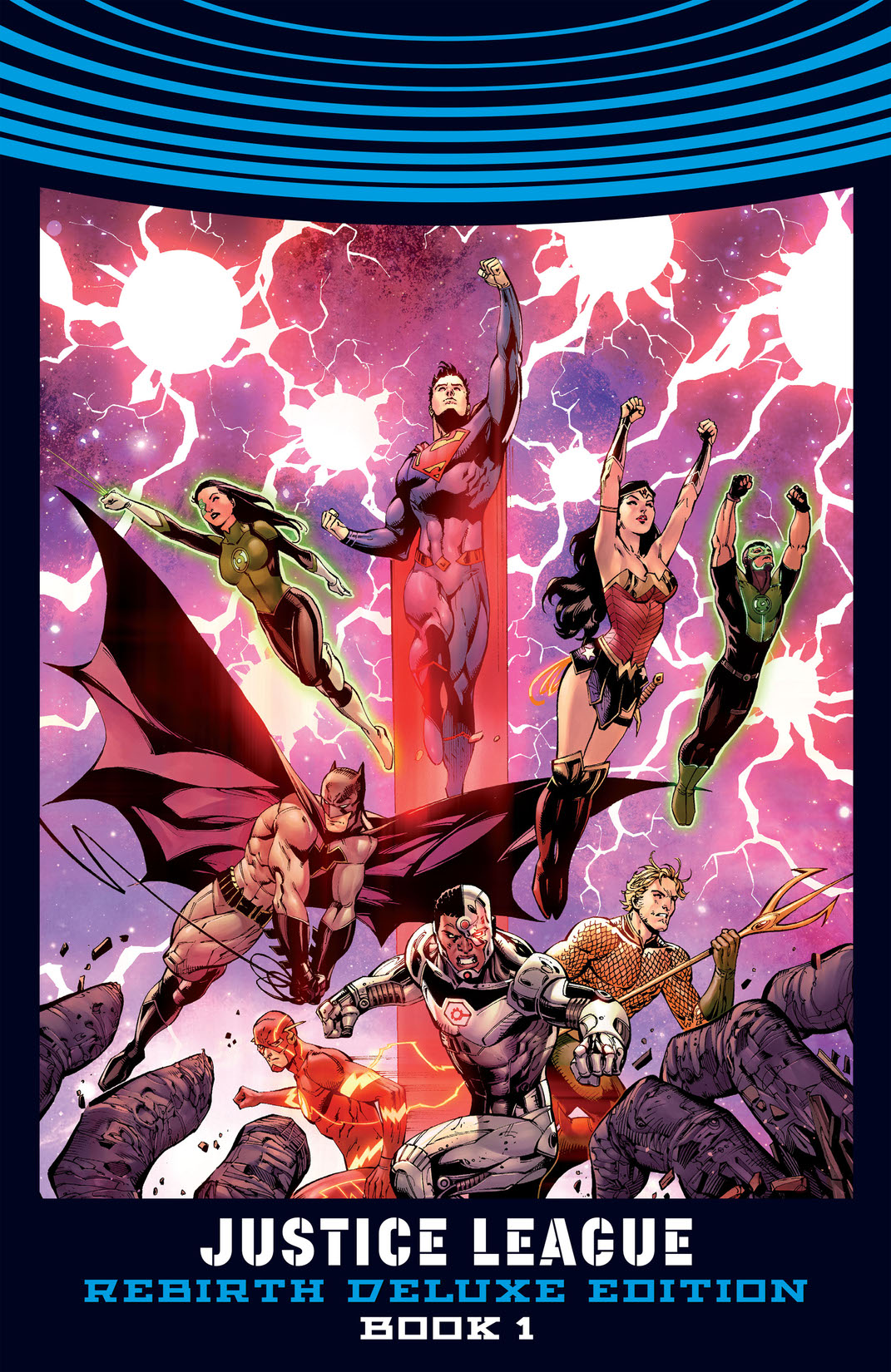 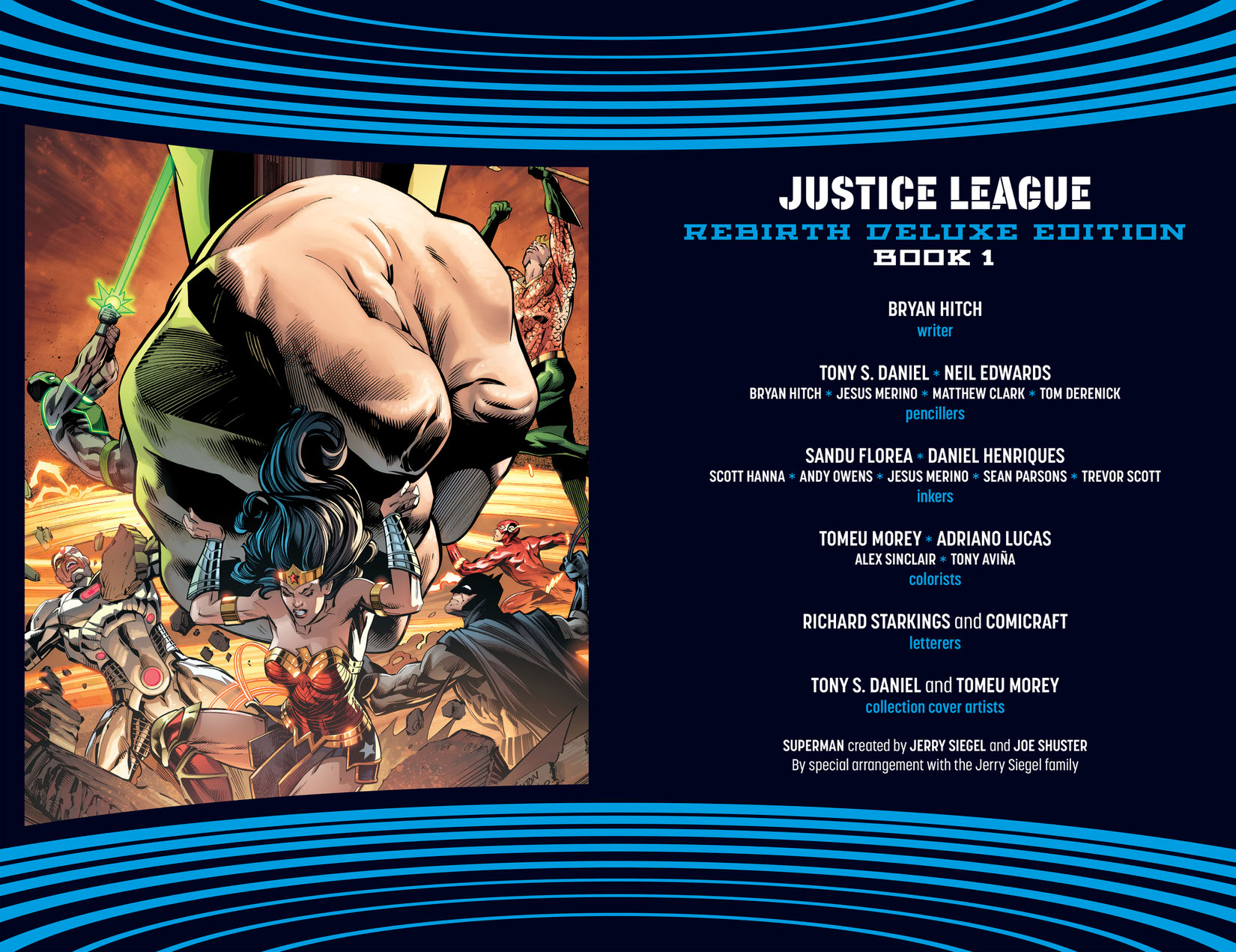 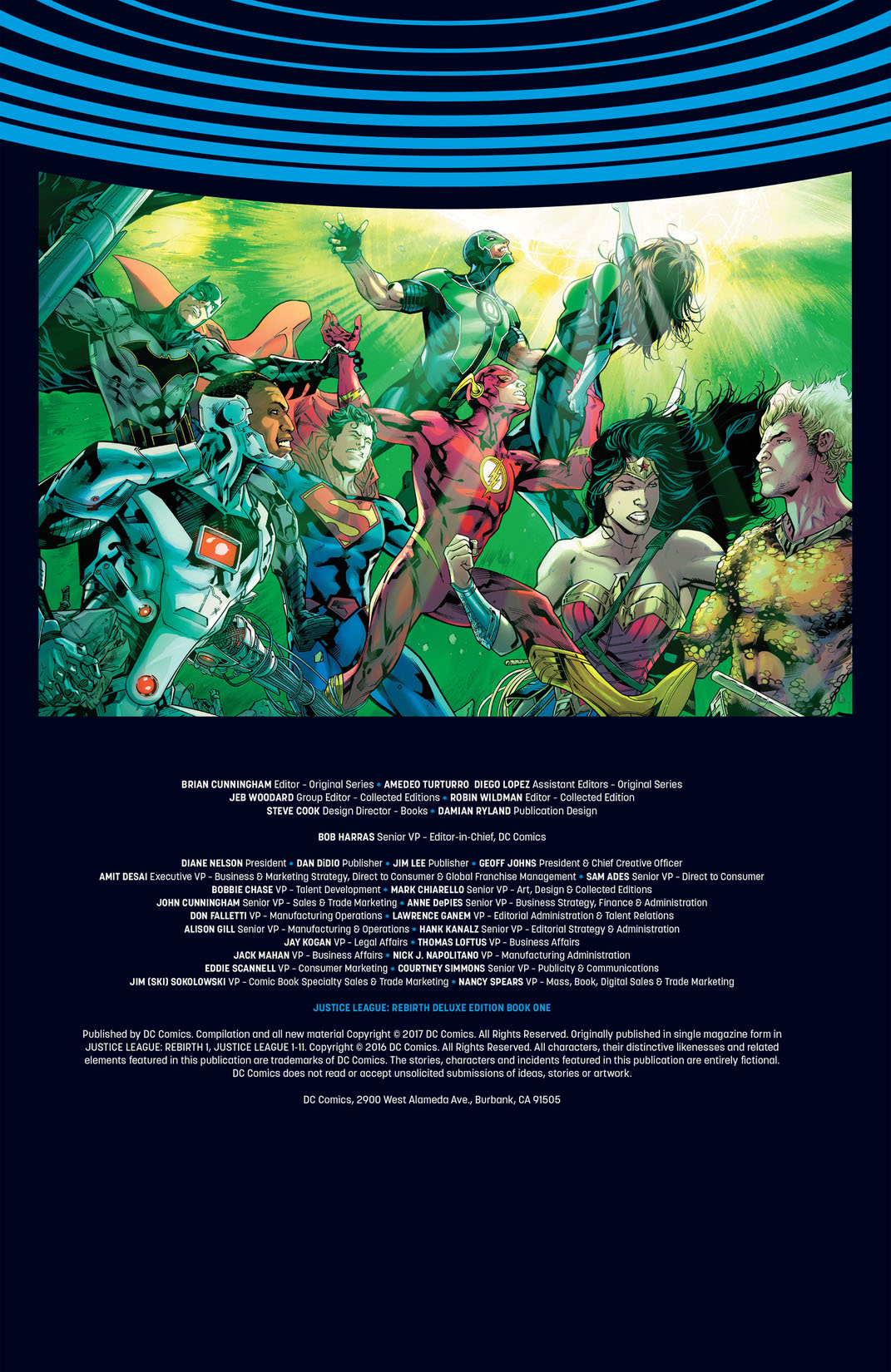 "Comics superstars Bryan Hitch and Tony S. Daniel join a league of talented artists in JUSTICE LEAGUE: THE REBIRTH DELUXE EDITION BOOK ONE! Exploding from the pages of the blockbuster DC Universe Rebirth event, this deluxe edition collects the first eleven issues of the acclaimed series and the Rebirth special that started it, all together in one hardcover volume for the first time! Superman. Batman. Wonder Woman. The Flash. Cyborg. Green Lantern. They’re more than just a team of superheroes. They’re the Justice League…and they’re about to enter a whole new era! The Superman these incredible heroes once knew is dead, leaving an older, wiser Man of Steel from a vanished universe to take up the fight against evil. Hal Jordan, the greatest of the Green Lanterns, has taken to the stars, entrusting his place in the League to his powerful but untested young protégés, Jessica Cruz and Simon Baz. Now the Justice League must get used to these new faces and learn to work as a team once more. But they’d better do it fast. They’re about to confront the biggest threats they’ve ever faced, from godlike machines capable of converting all life on Earth into a weapon, to a humble hacker who’s ready to hit them where it hurts most… Collects JUSTICE LEAGUE (Rebirth) #1-11."