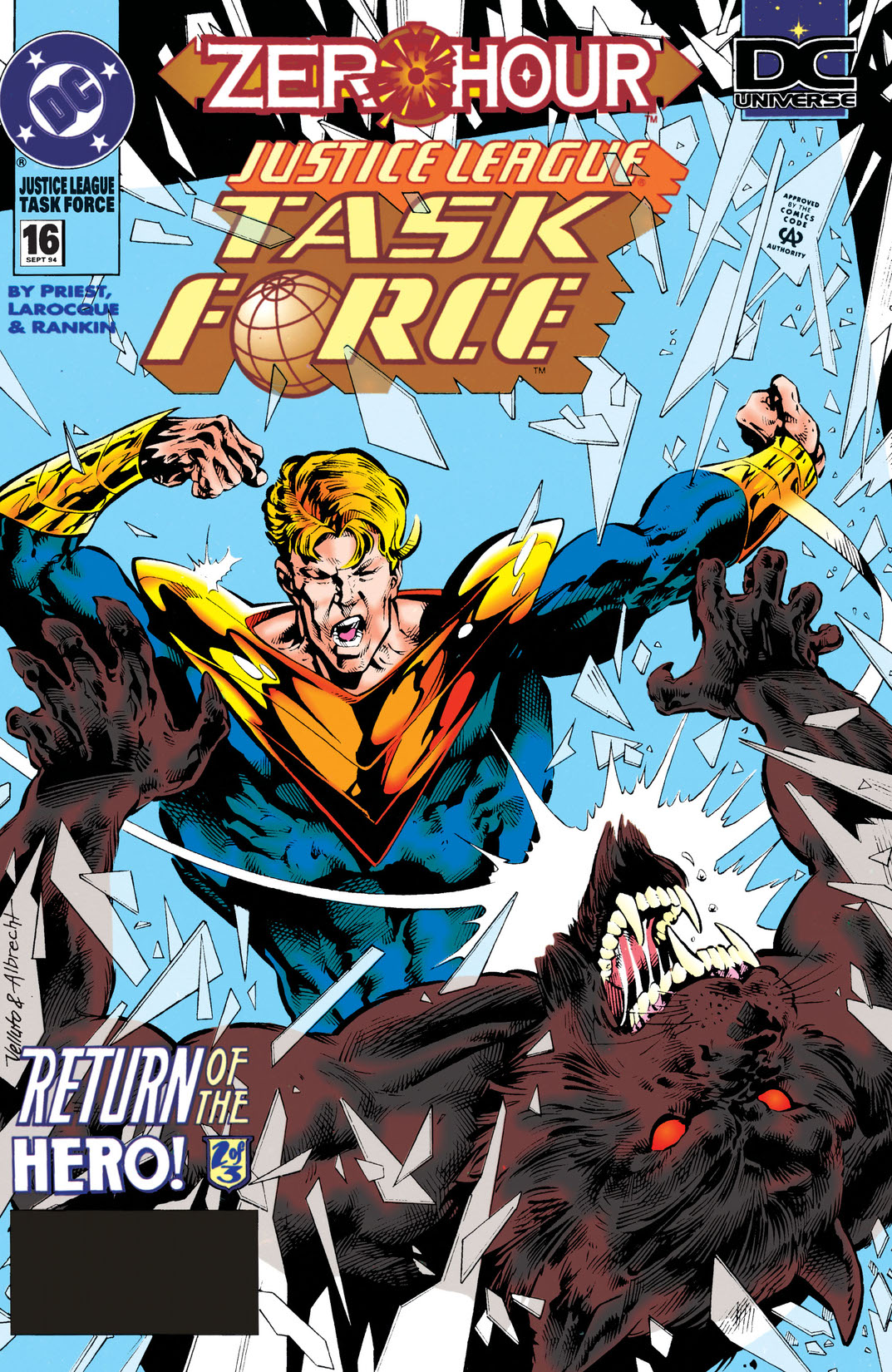 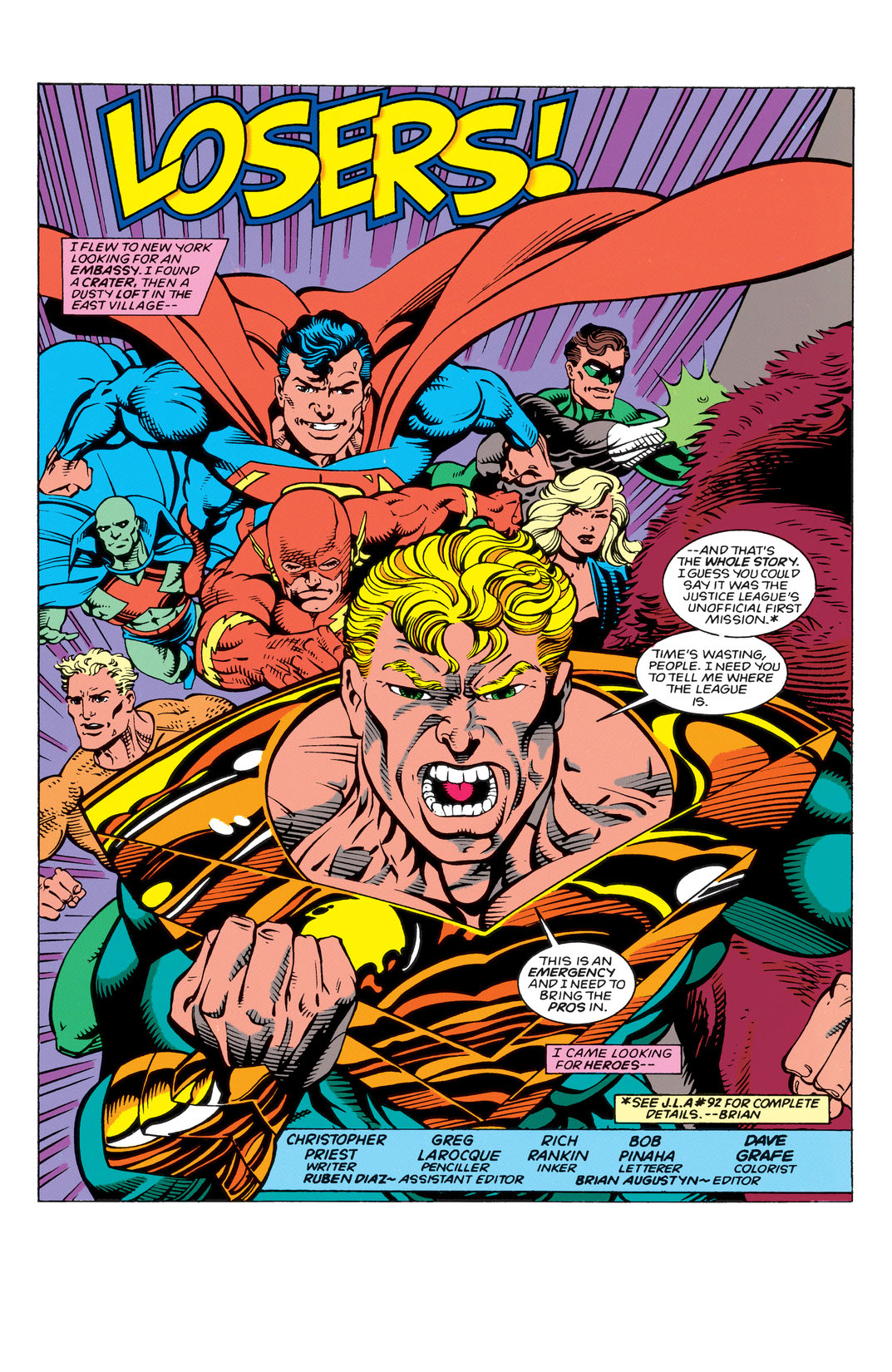 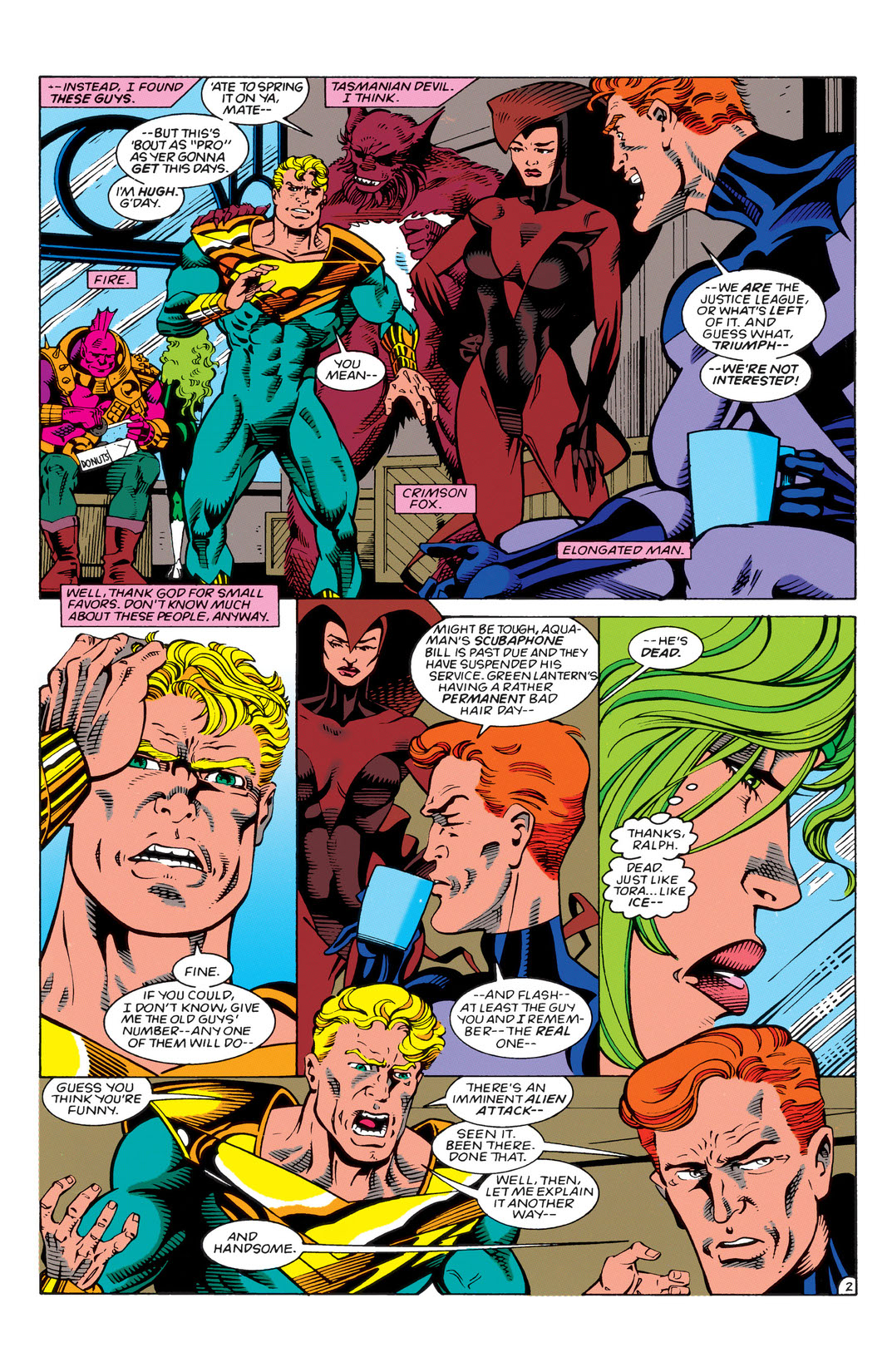 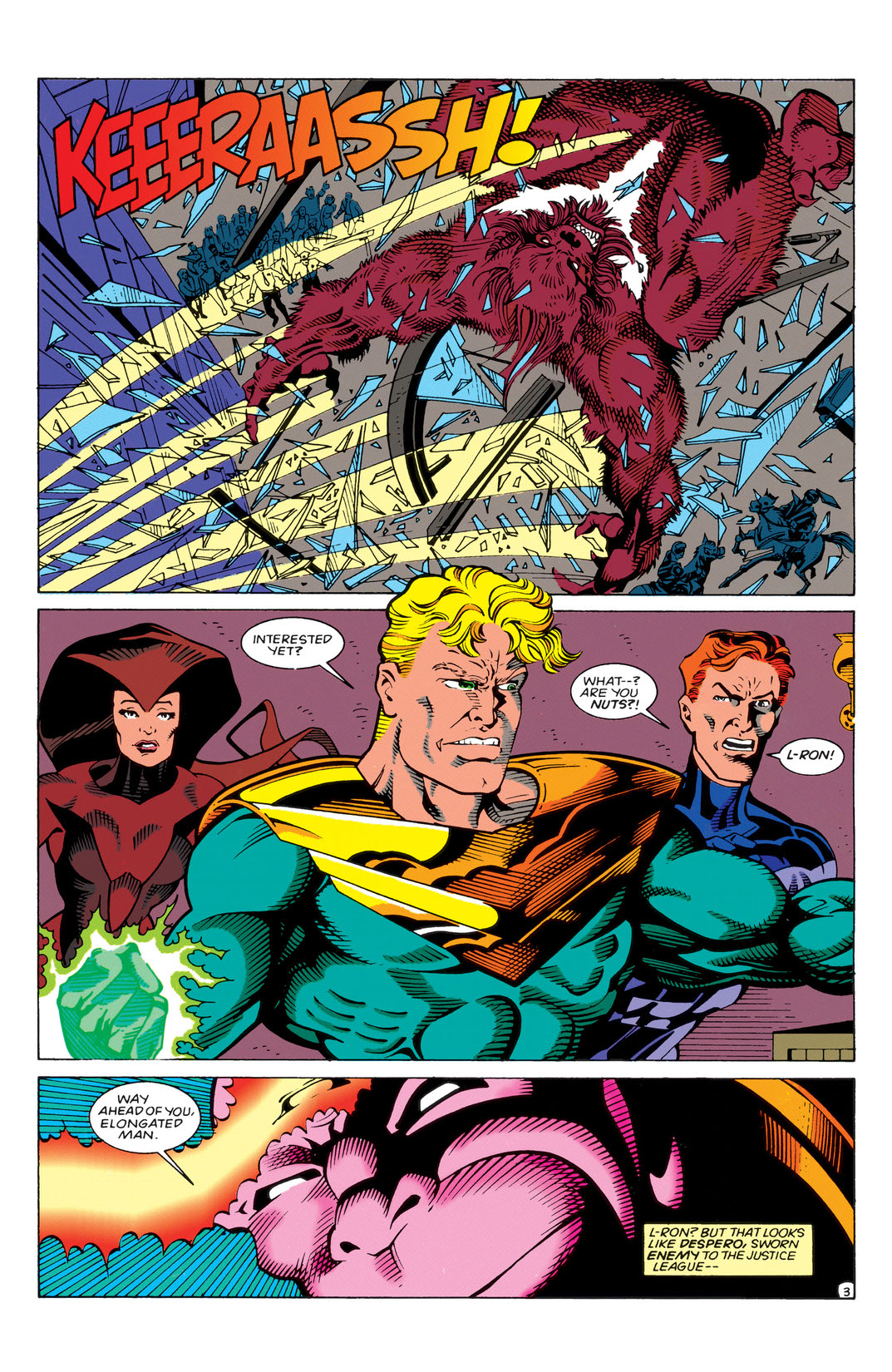 A ZERO HOUR tie-in, 'Return of the Hero' part 2, continued from JUSTICE LEAGUE OF AMERICA (1989-1996) #92. Triumph, the hero that never was, tries to penetrate the mystery of why he's been deleted from history even as the Martian Manhunter, who should welcome Triumph as a friend, reacts as an enemy. Continued in JUSTICE LEAGUE INTERNATIONAL (1993-1994) #68.