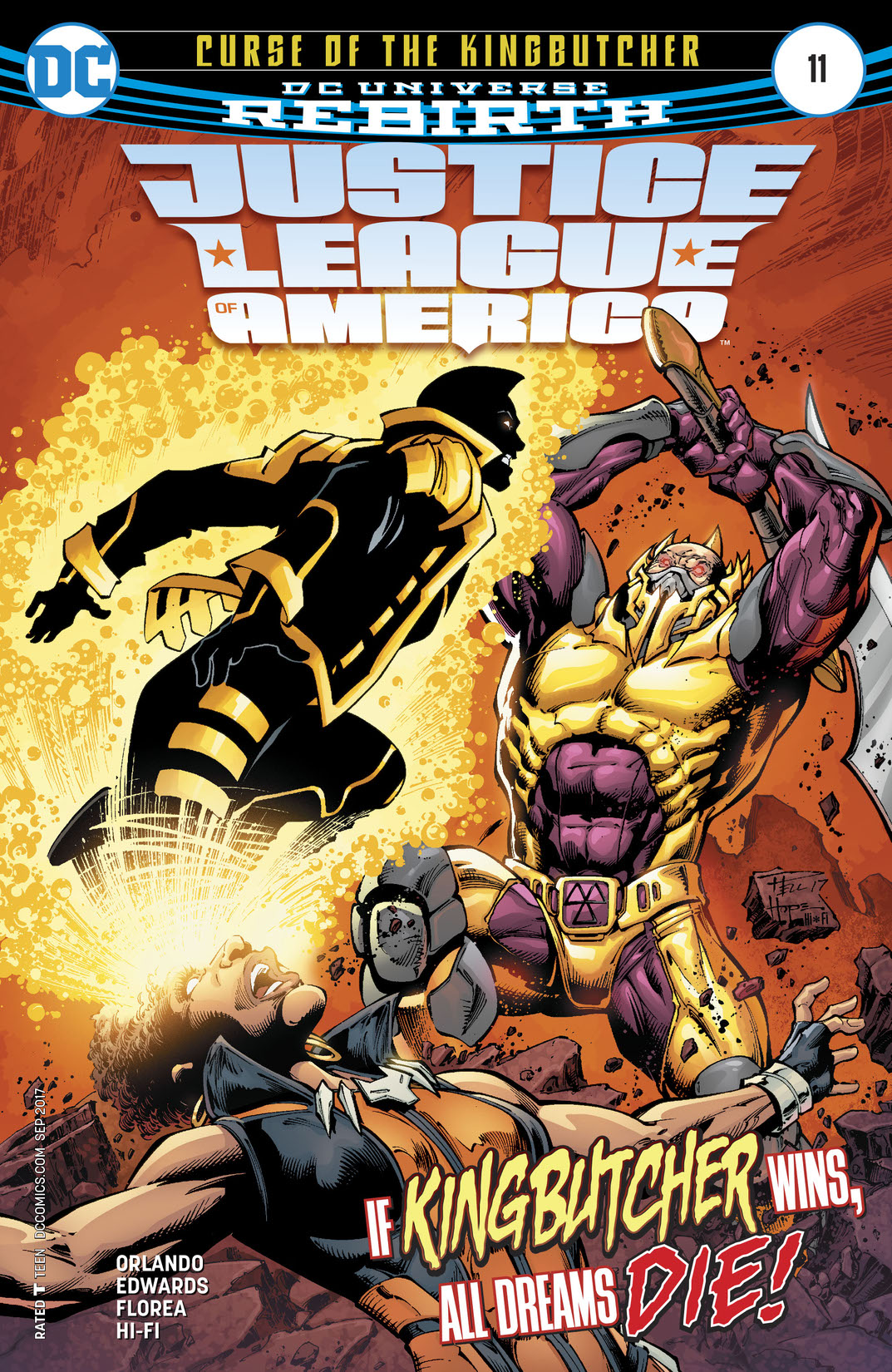 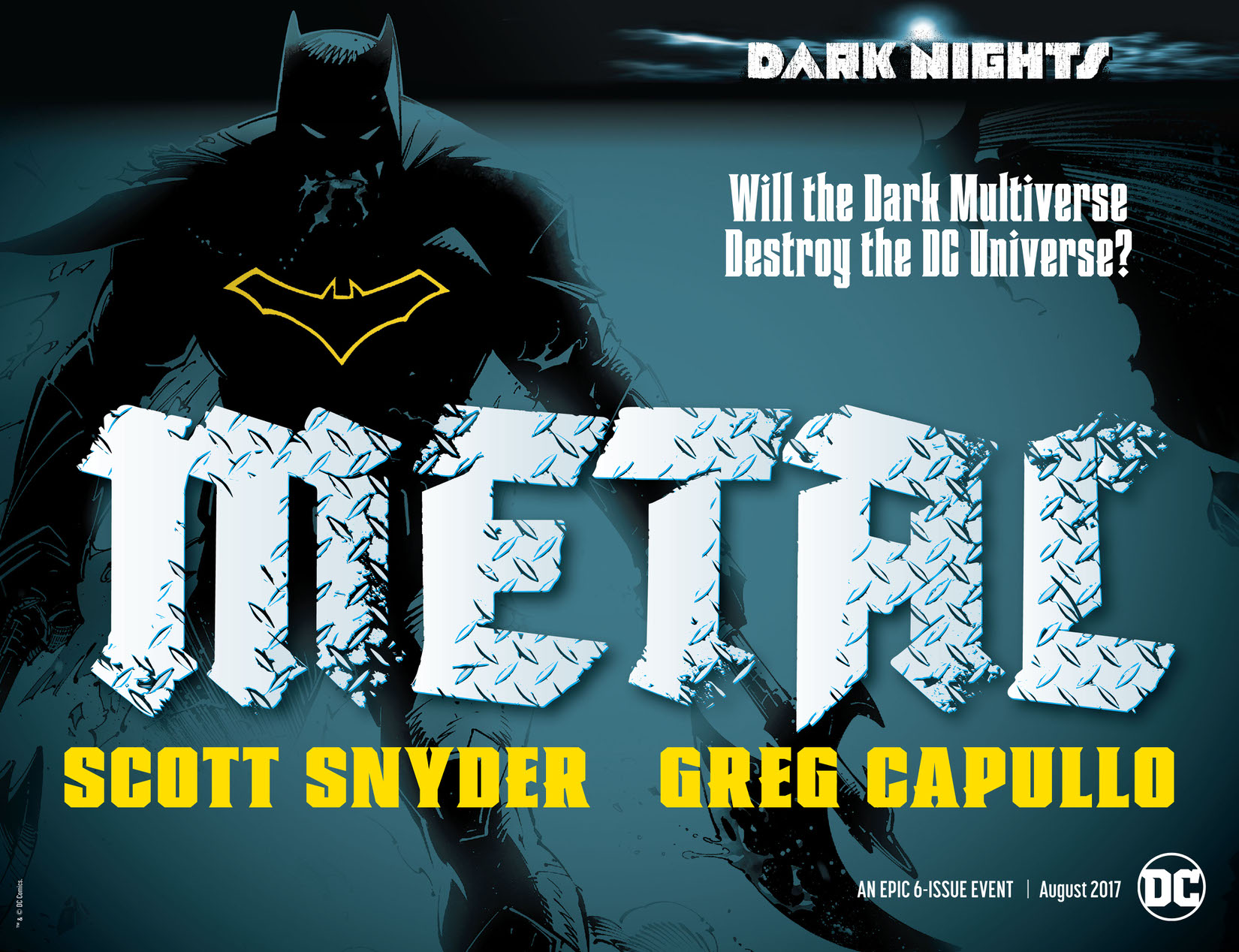 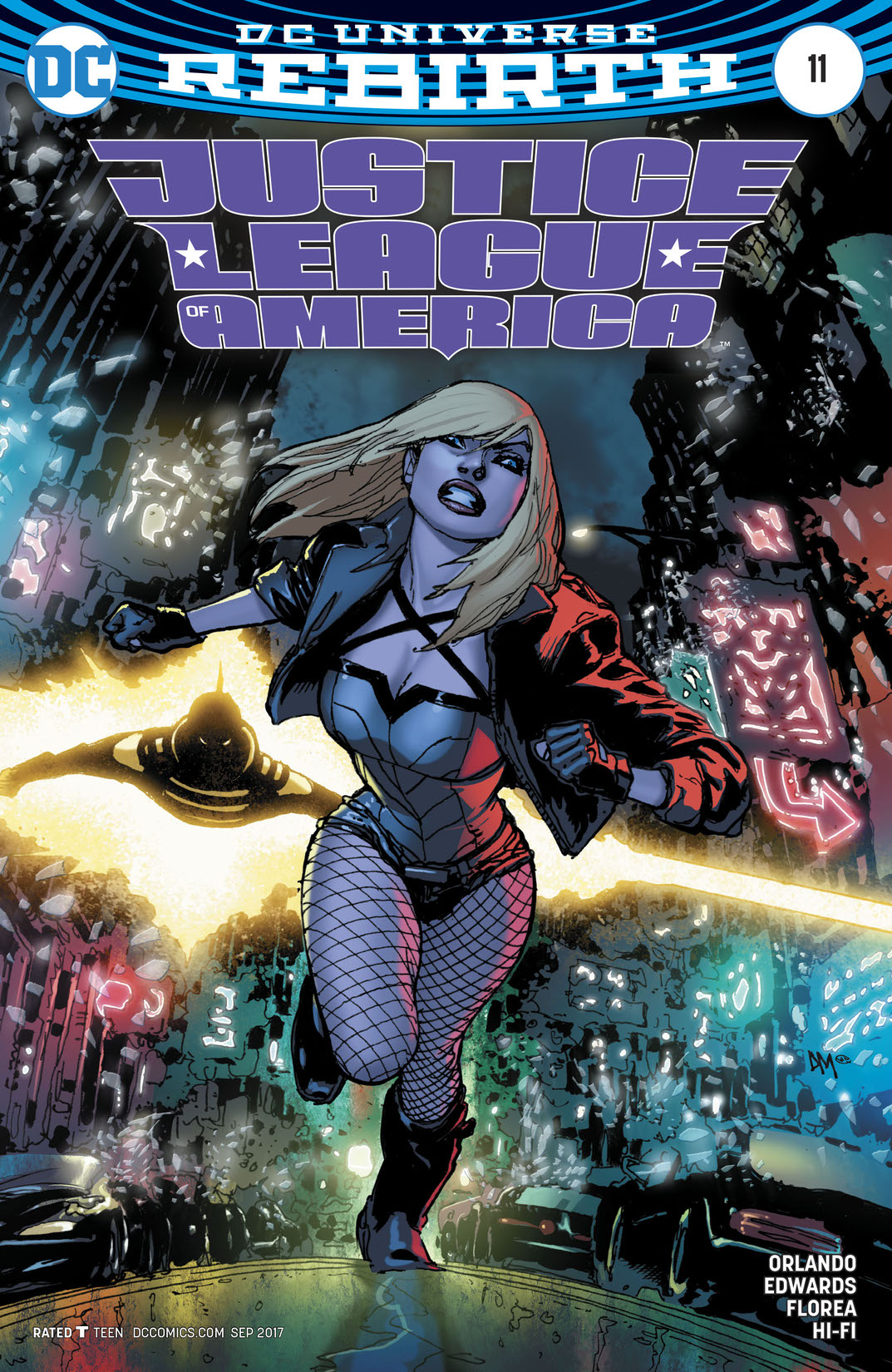 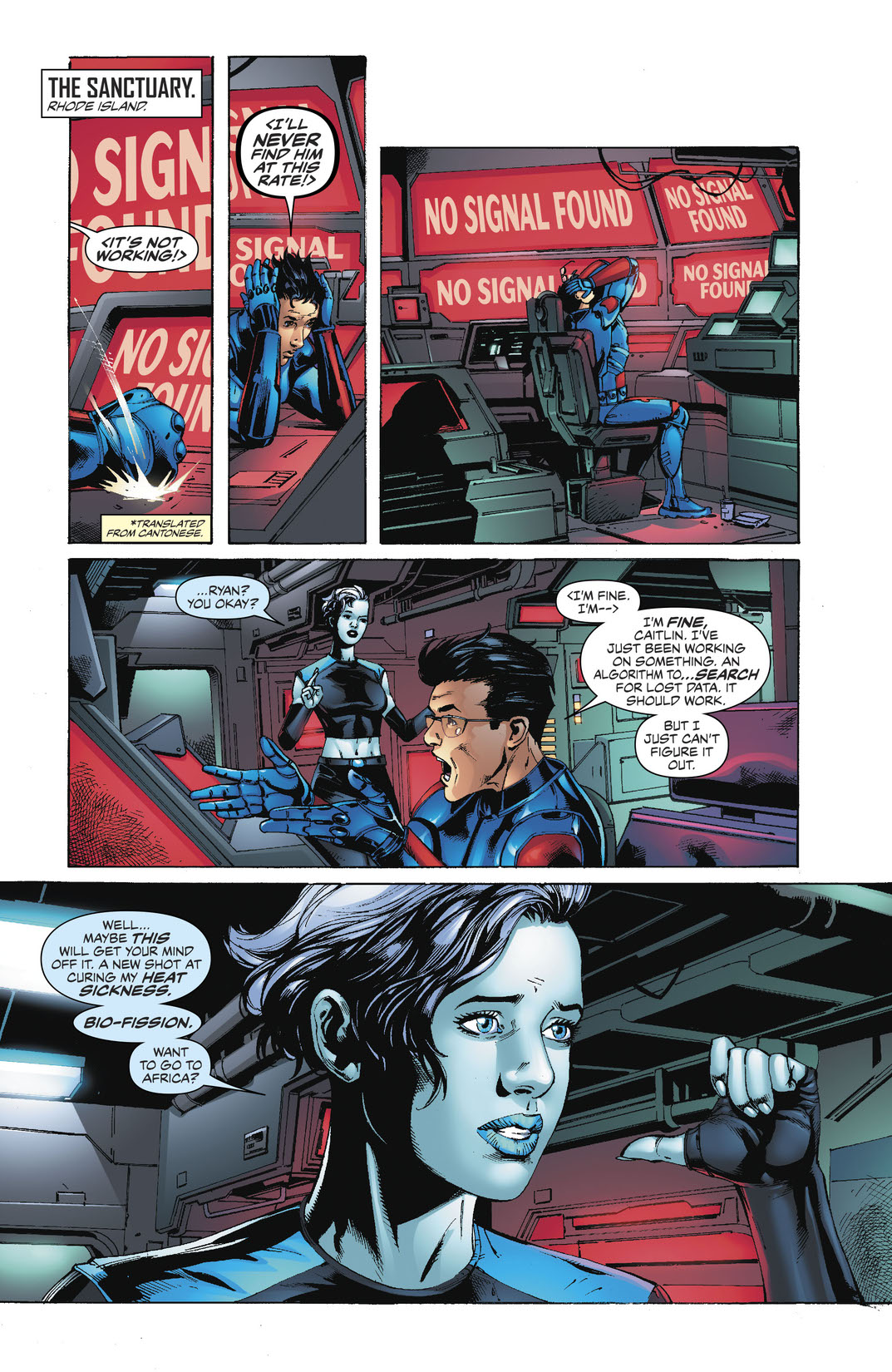 “CURSE OF THE KINGBUTCHER” part two! The JLA face off against the Lord of Order called Kingbutcher! In a battle that forces Ray Terrill to confront his own dark past in full view of his new teammates, the heroes struggle with the question of returning reality to its proper state or allowing the people of Vanity — including Ray’s estranged mother — to fulfill their fondest desires.