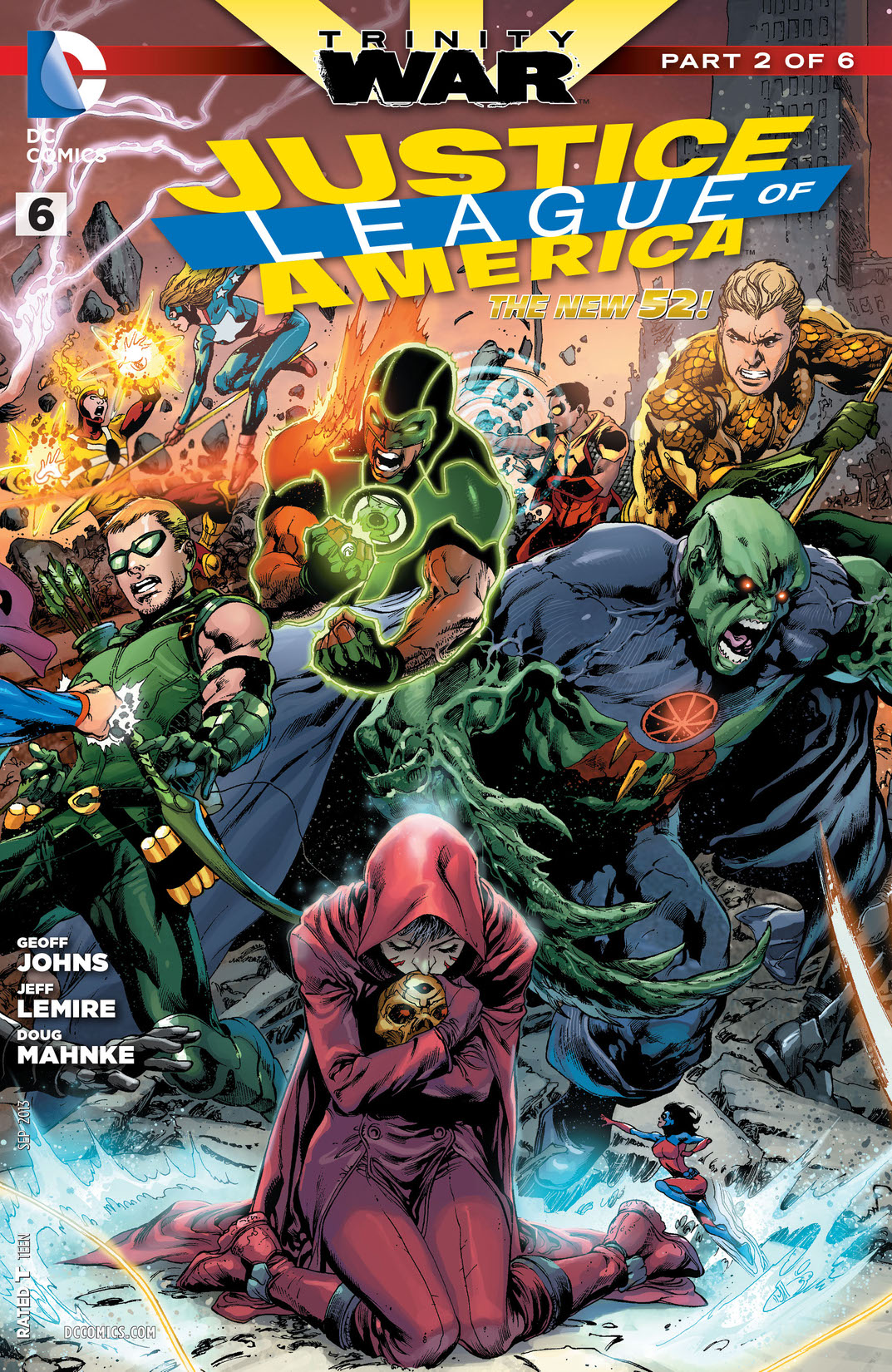 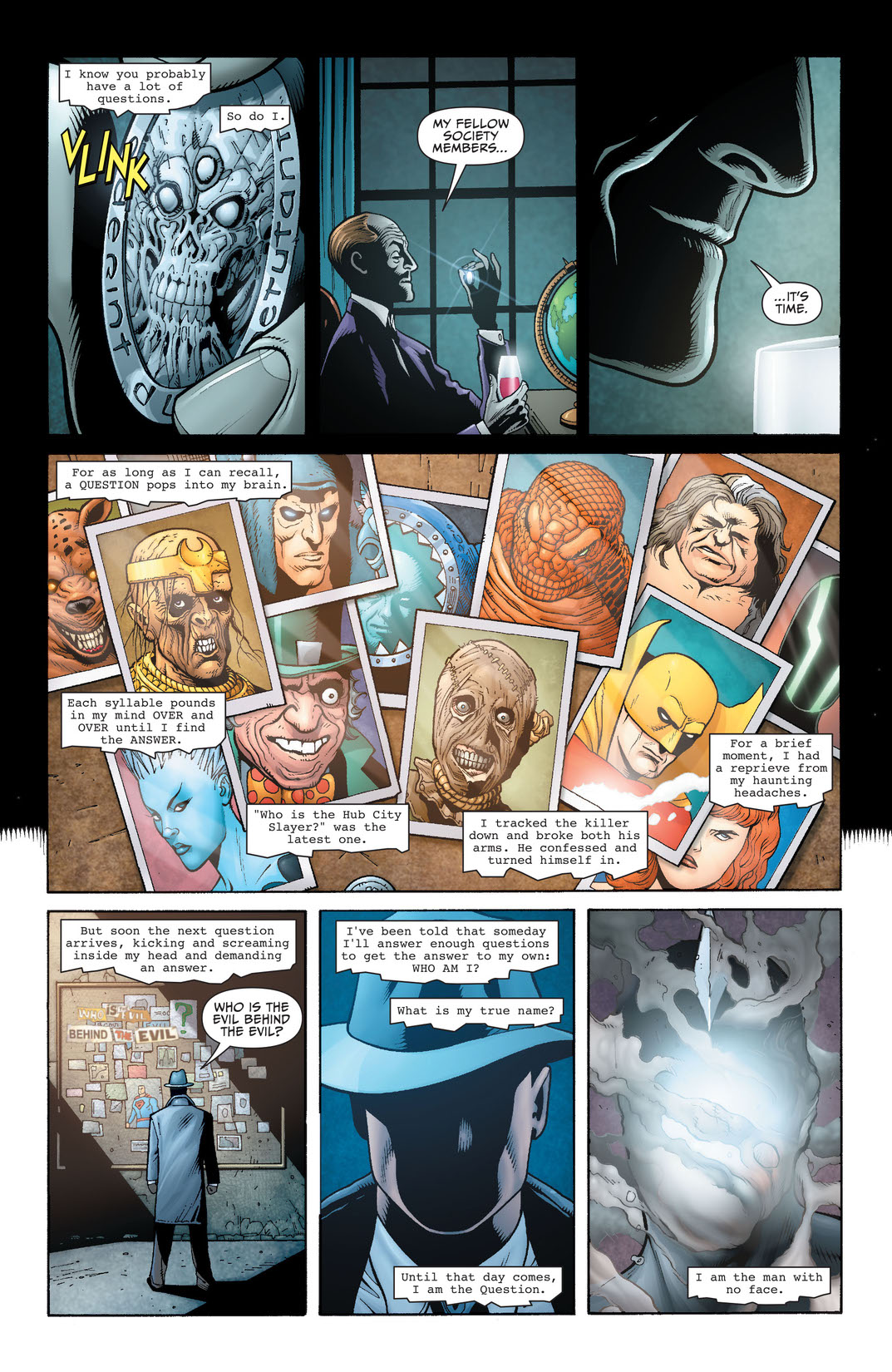 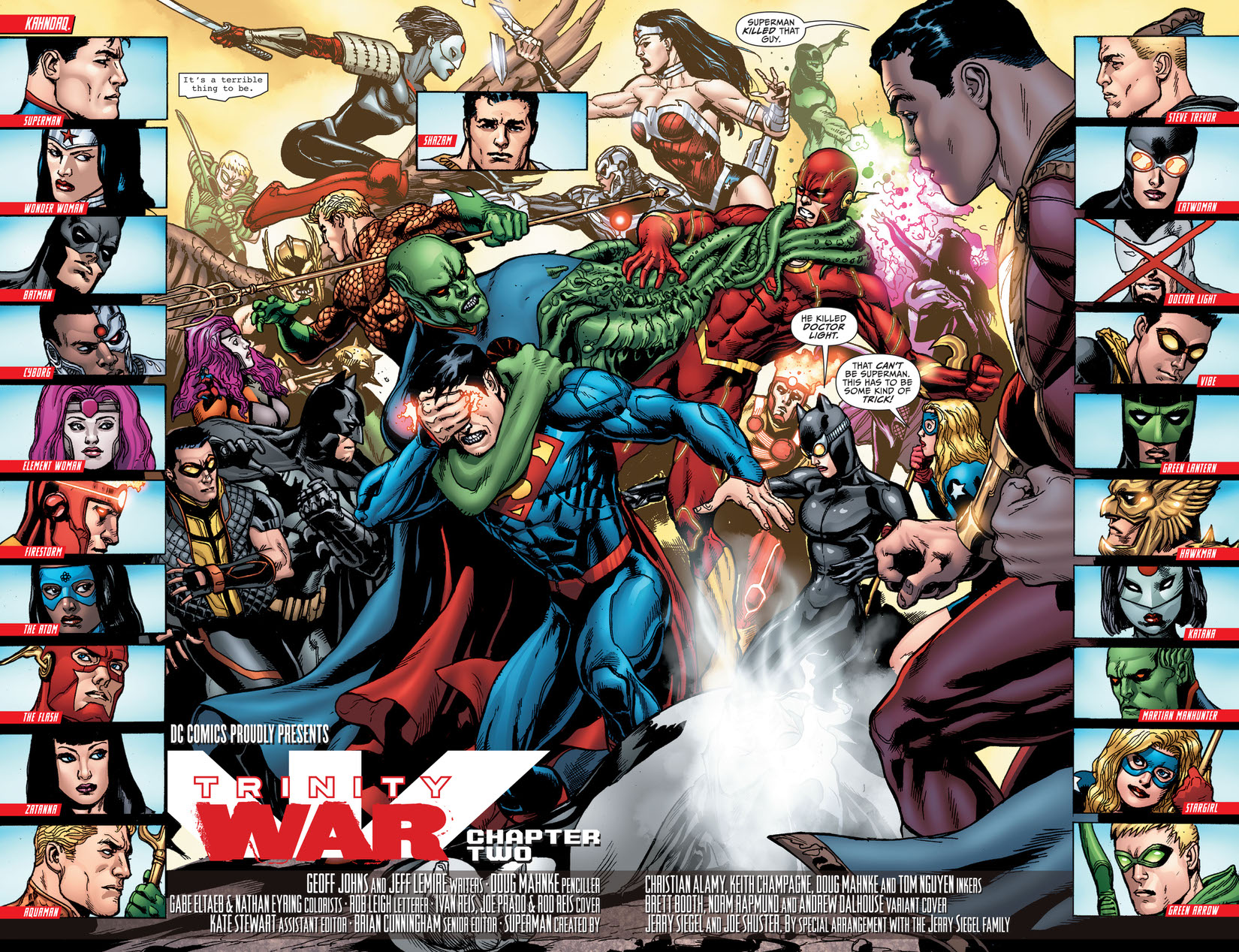 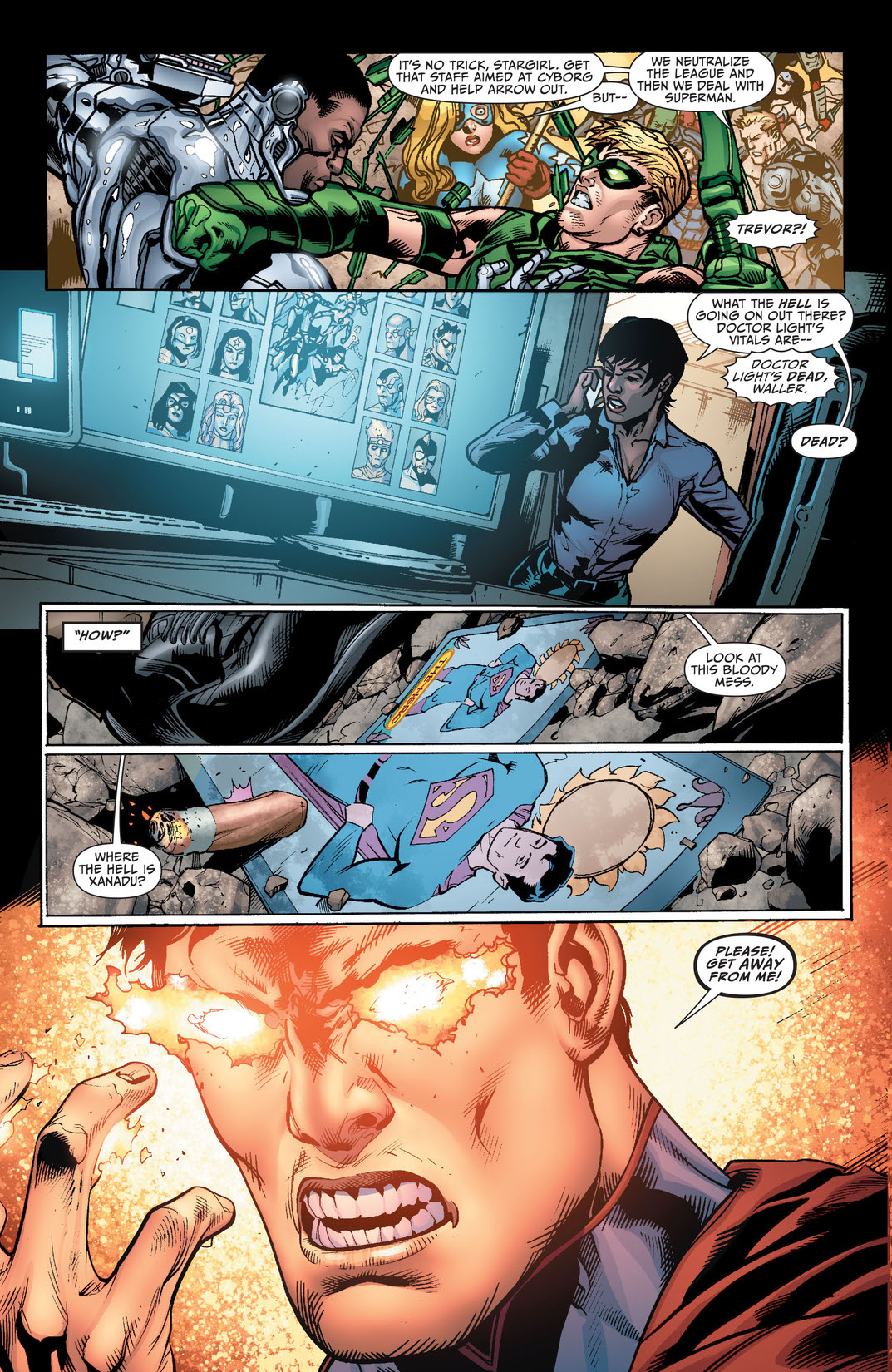 Trinity War' part 2, continued from JUSTICE LEAGUE (2011- ) #22. The War of the Justice Leagues continues as one hero is arrested and another goes rogue. Who is responsible for the evil that has infected the League, and who is the true killer? Continued in JUSTICE LEAGUE DARK (2011- ) #23.