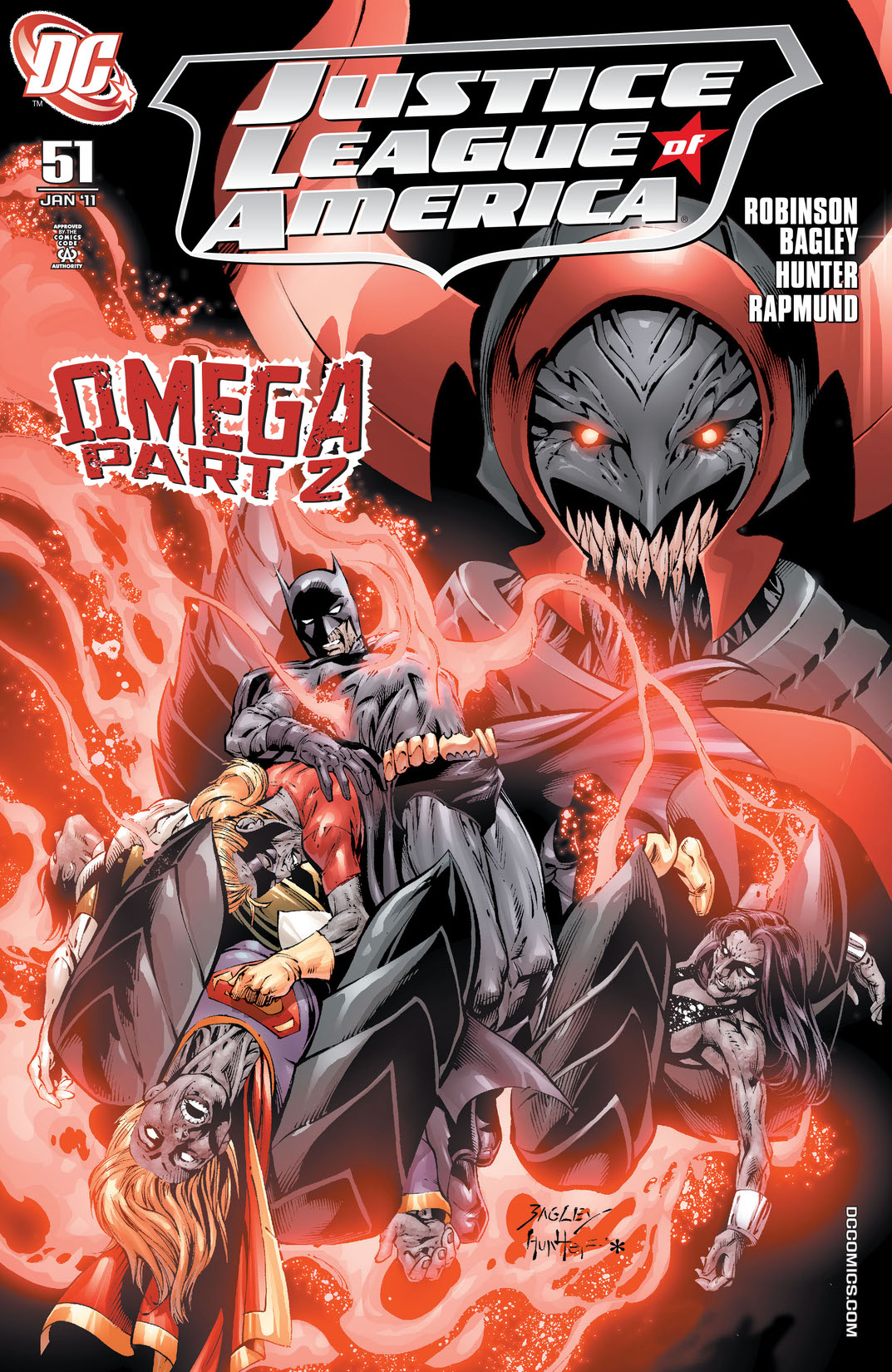 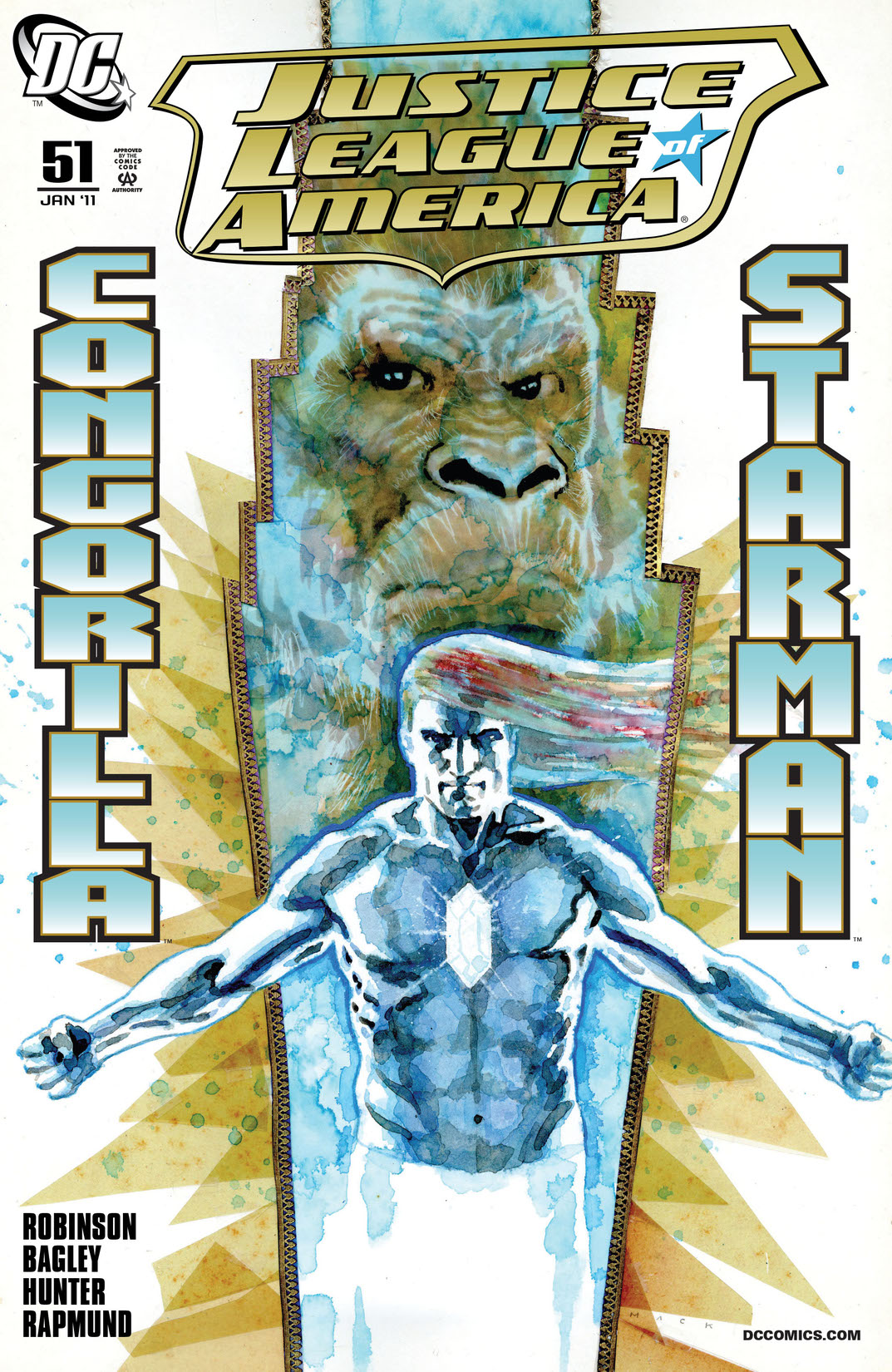 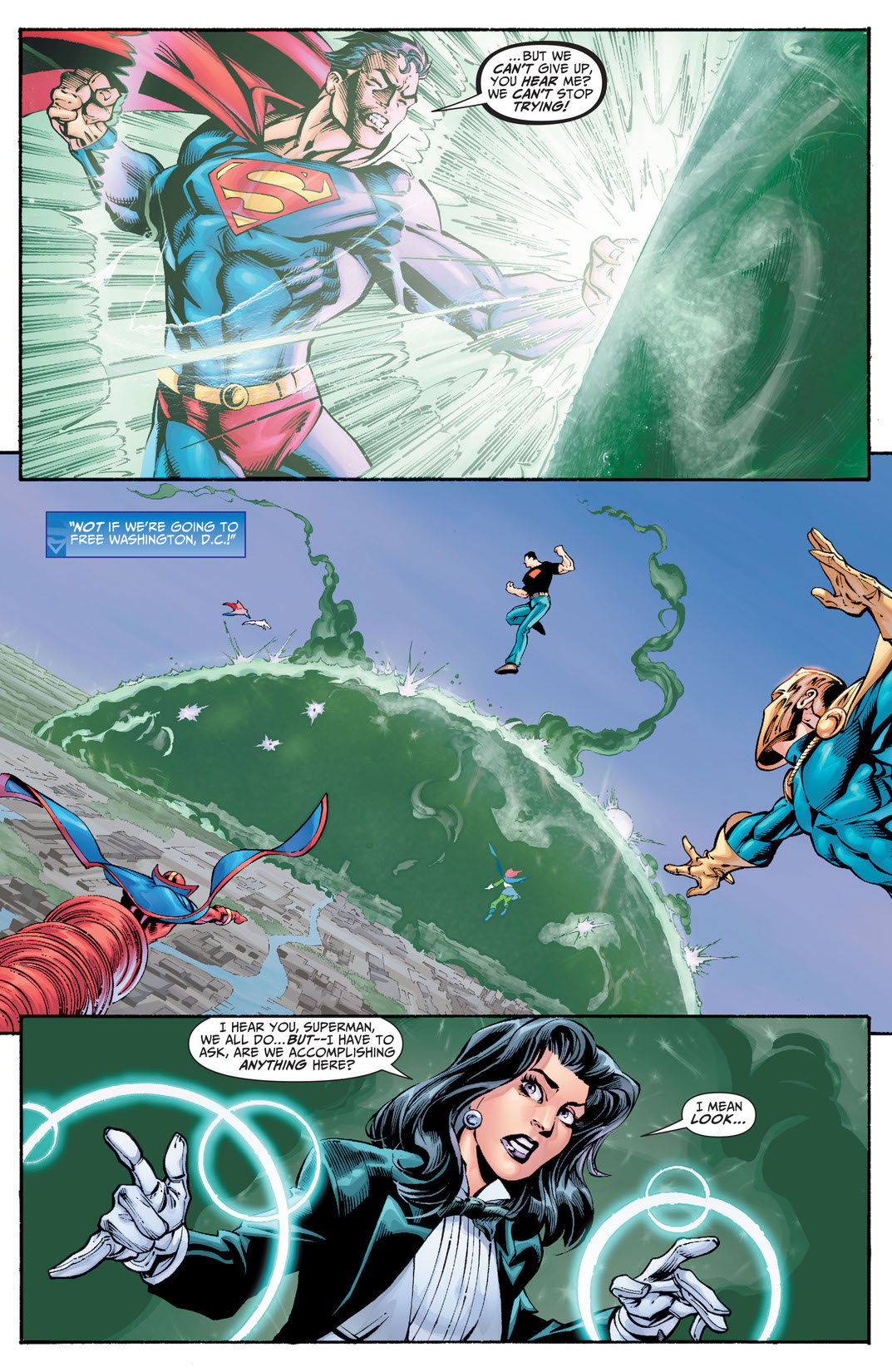 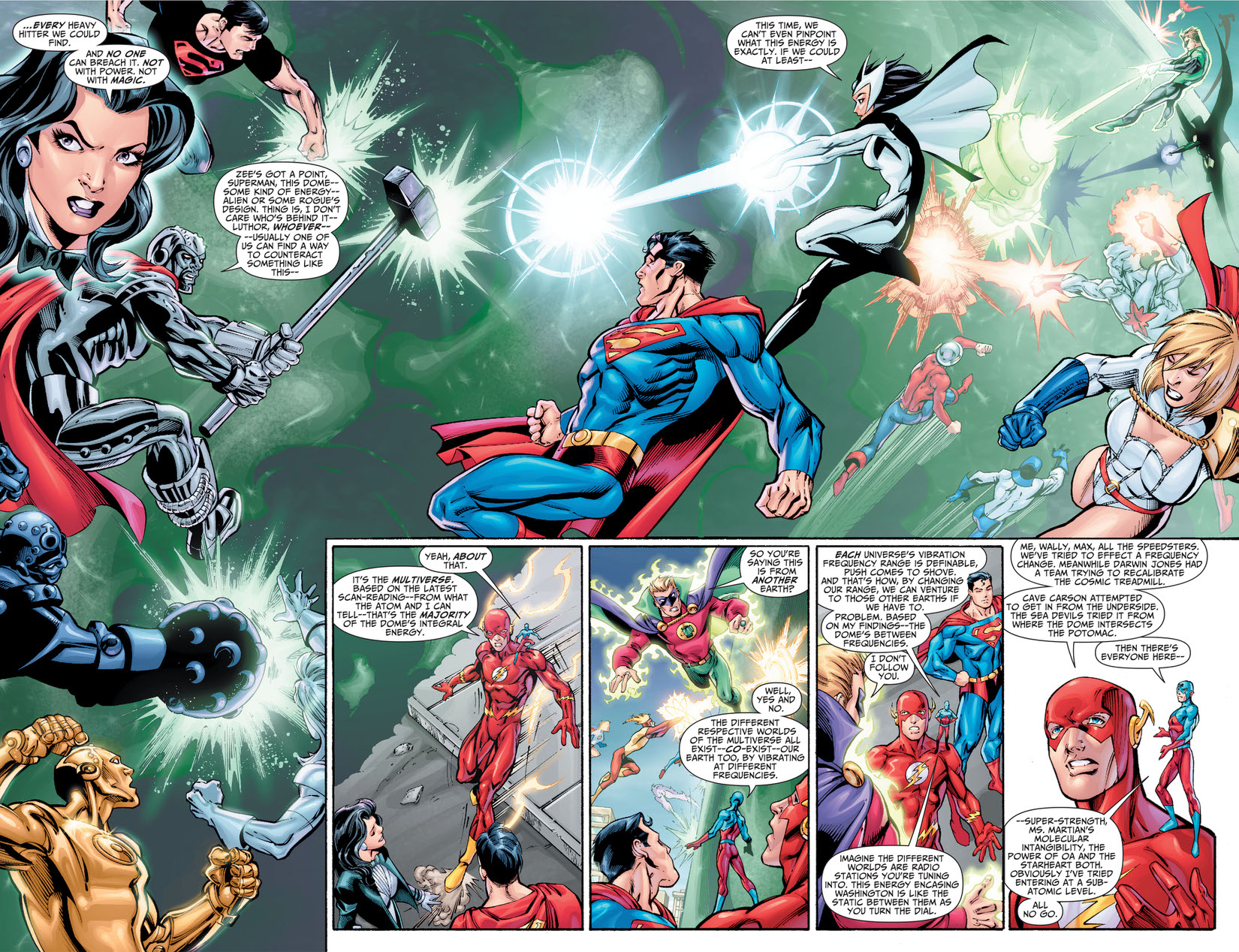 As the battle between the JLA and the Crime Syndicate explodes into the streets of Washington, D.C., a new villain bent on his own form of conquest prevents any other heroes from saving the nation's capital. It's up to five members of the Justice League to save the city's people, with serious repercussions for one Leaguer. 'Omega' part 2.