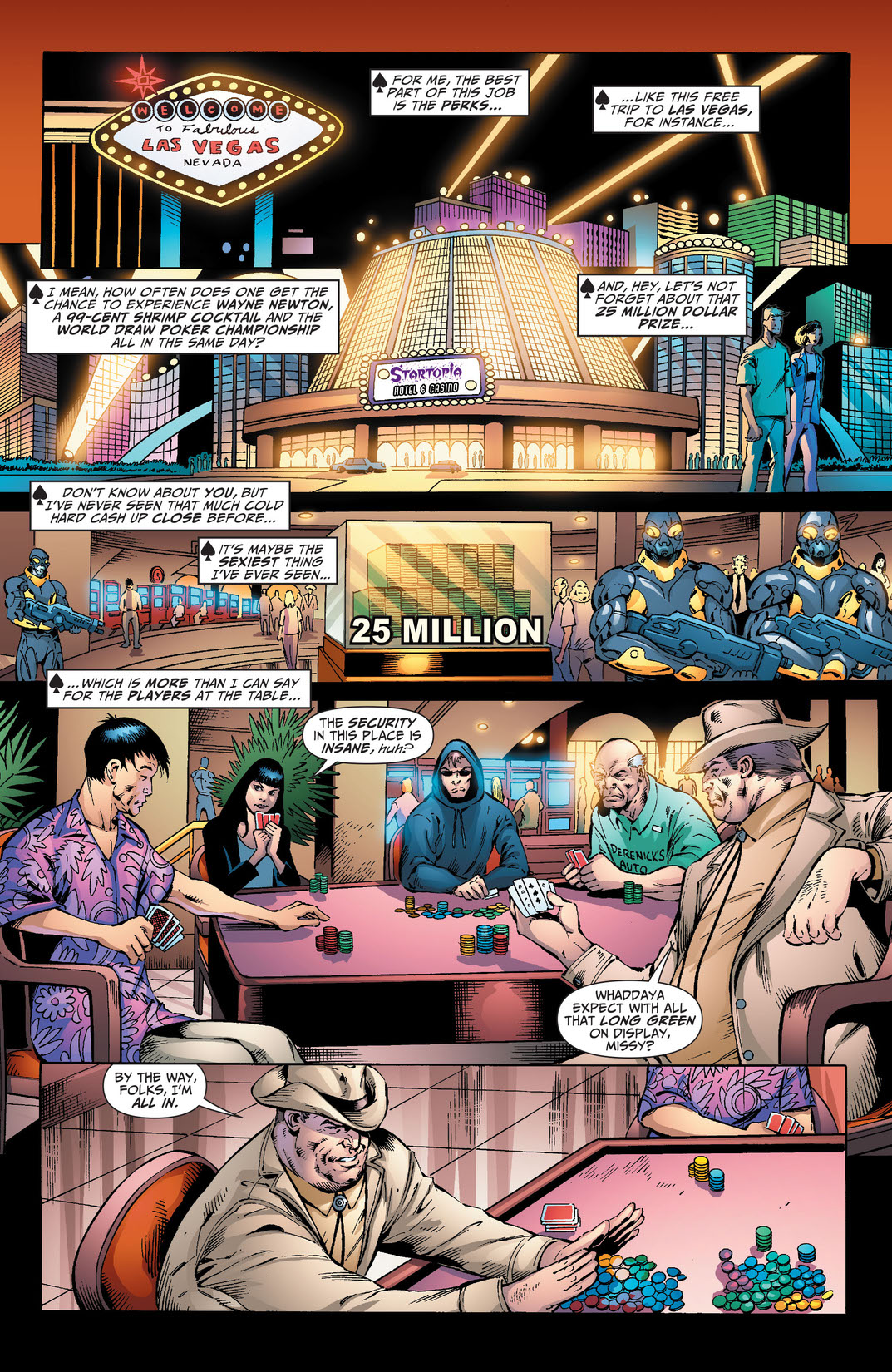 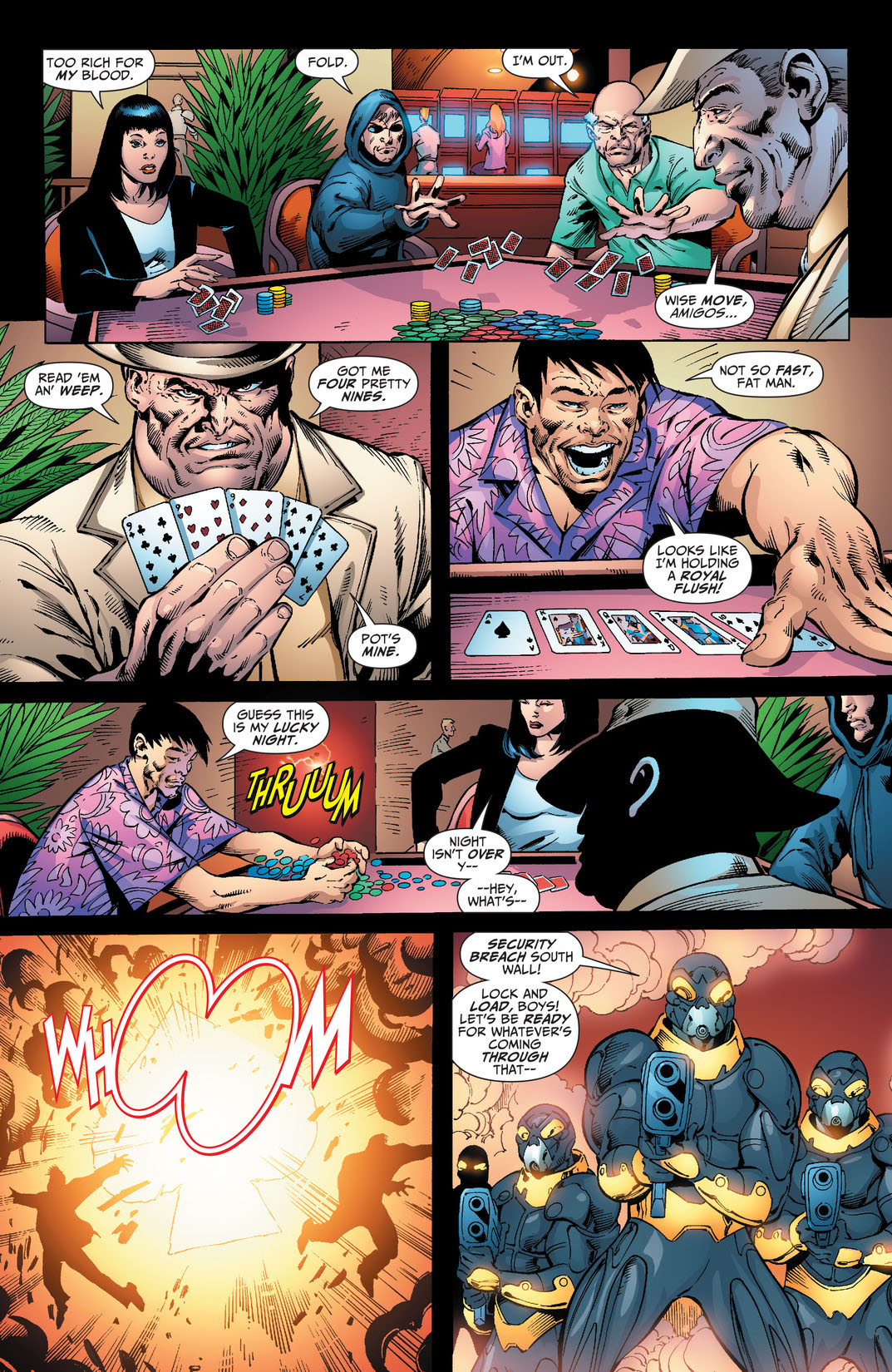 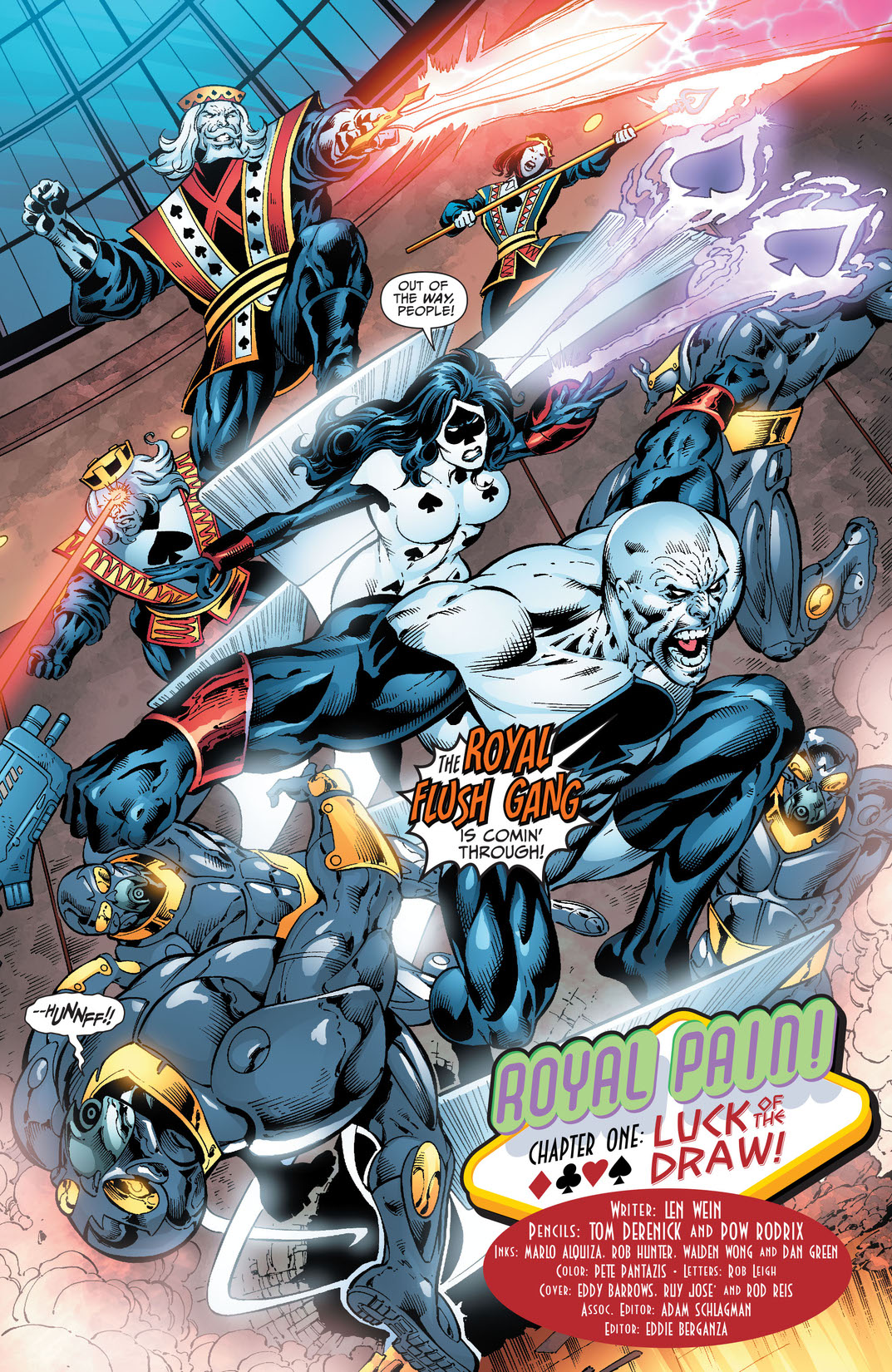 Veteran writer Len Wein joins JUSTICE LEAGUE for the three-part 'Royal Flush!' The cards are stacked against the remnants of the Justice League...and those cards are the Royal Flush Gang! Can even Superman and Wonder Woman save a team whose luck has run out?