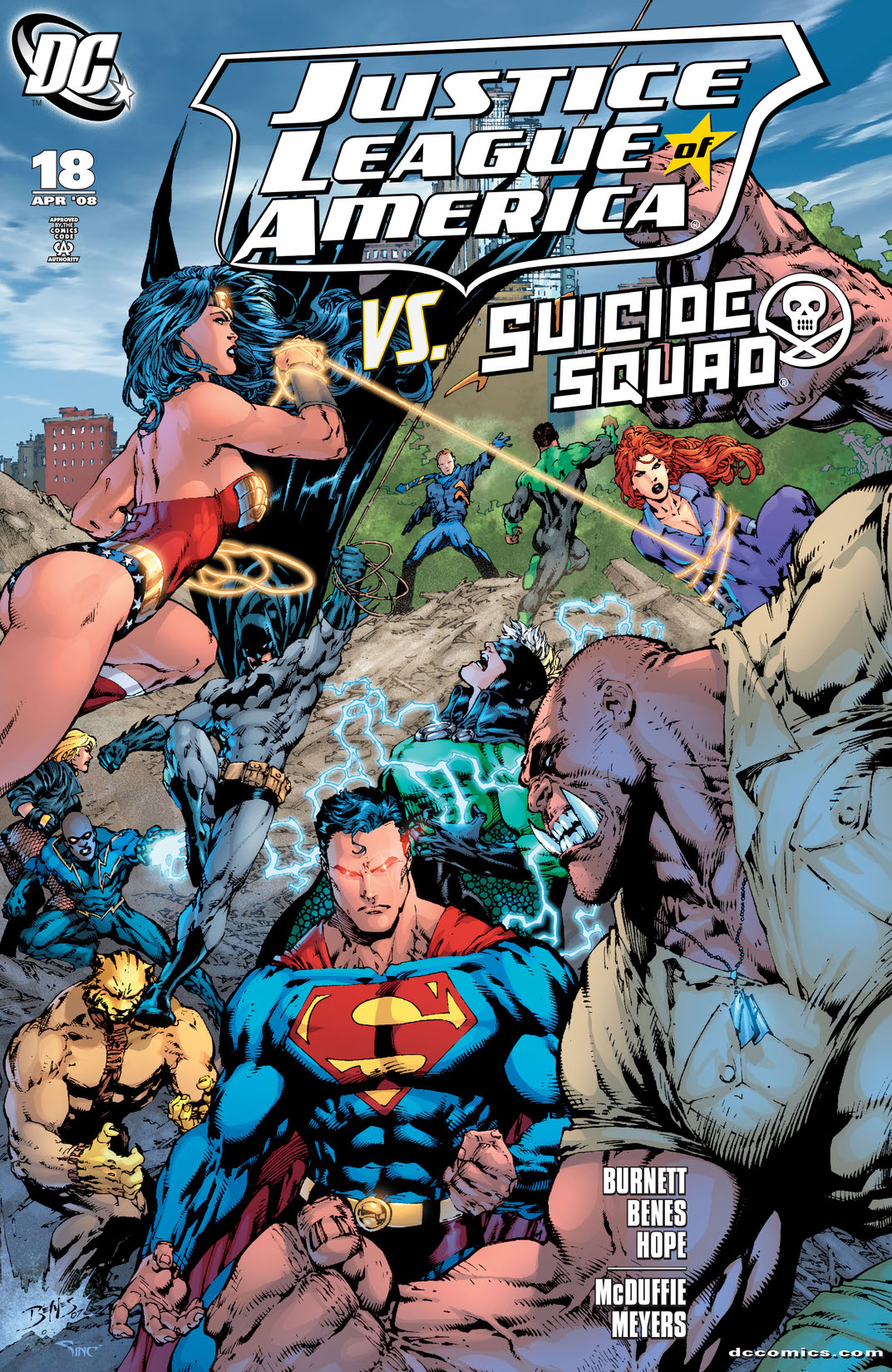 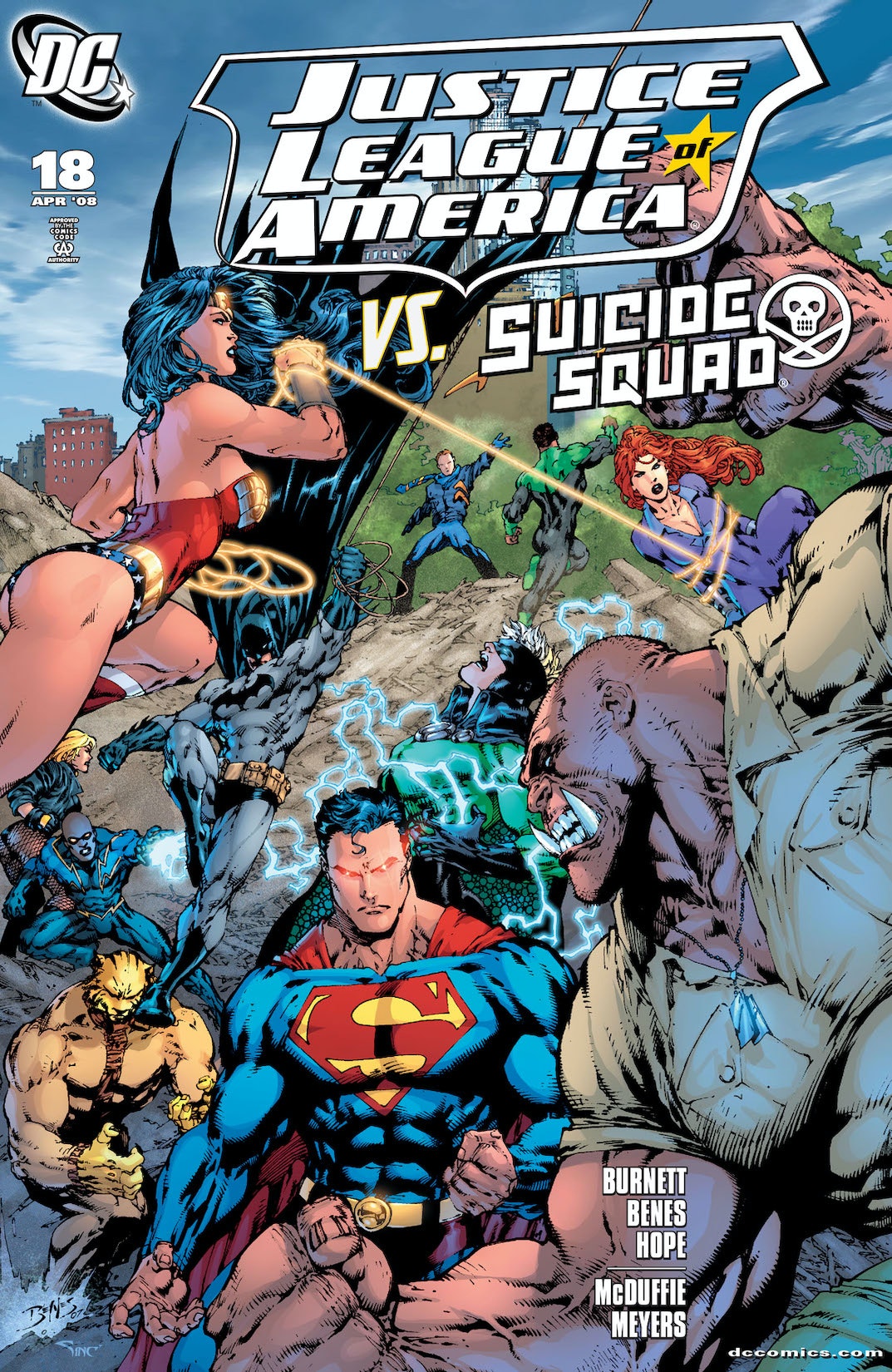 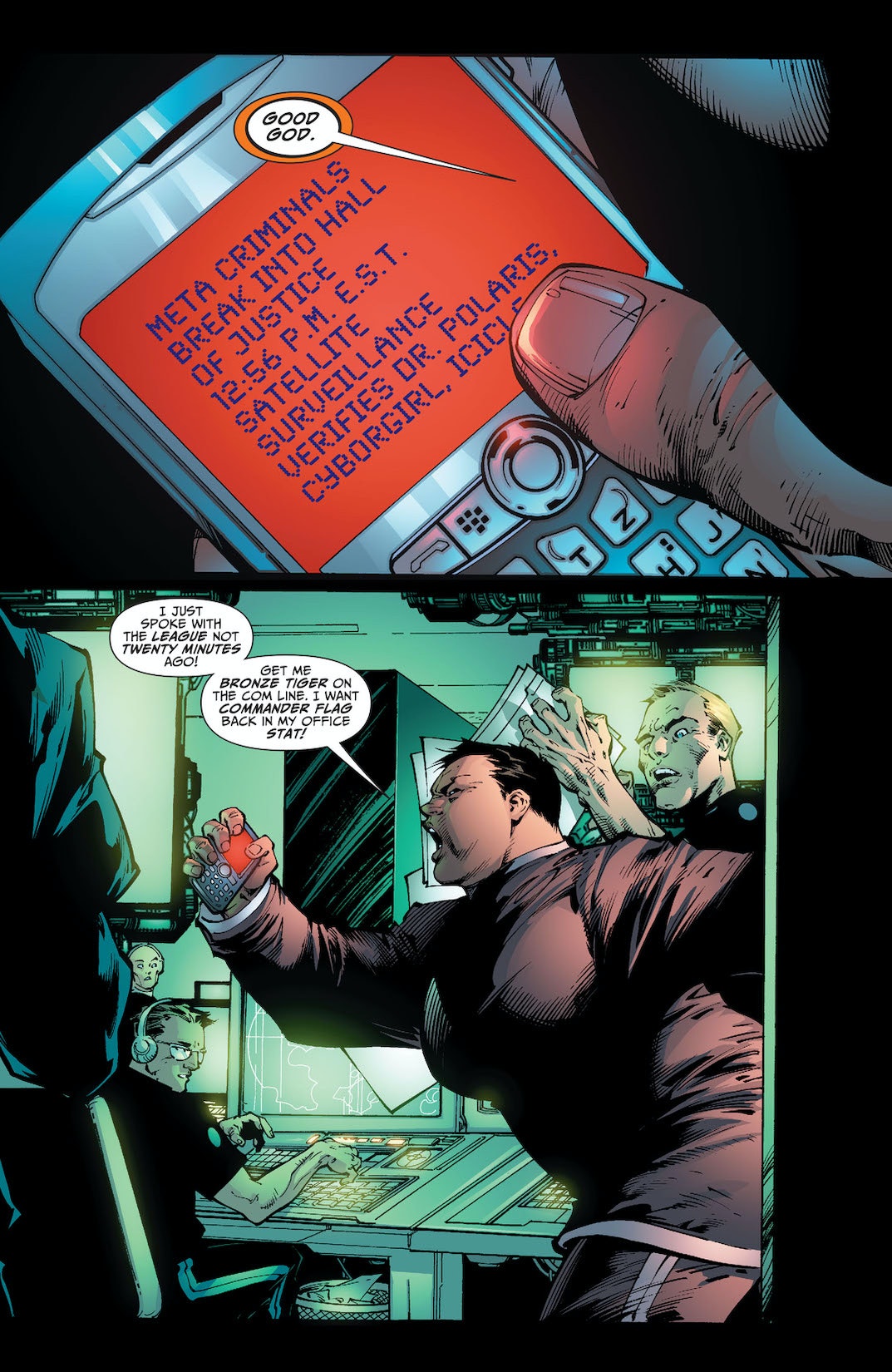 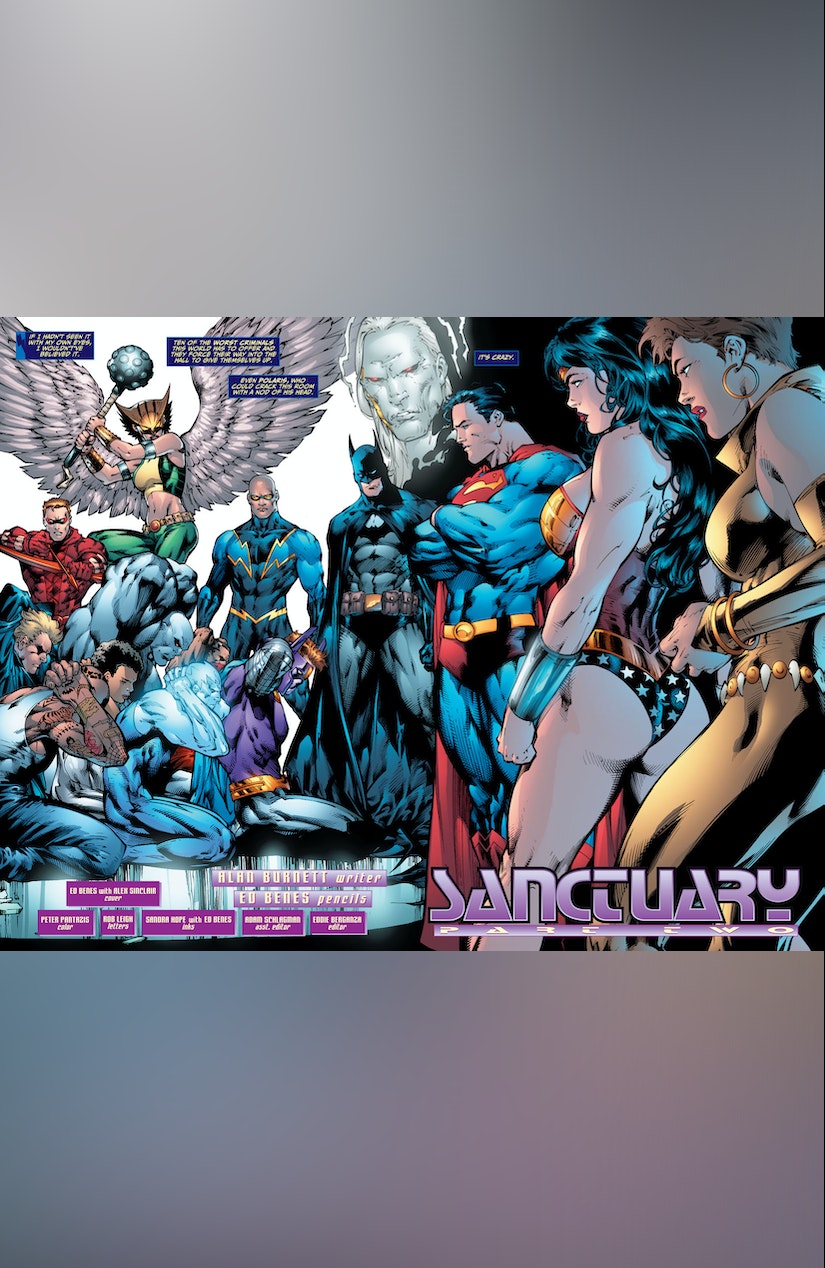 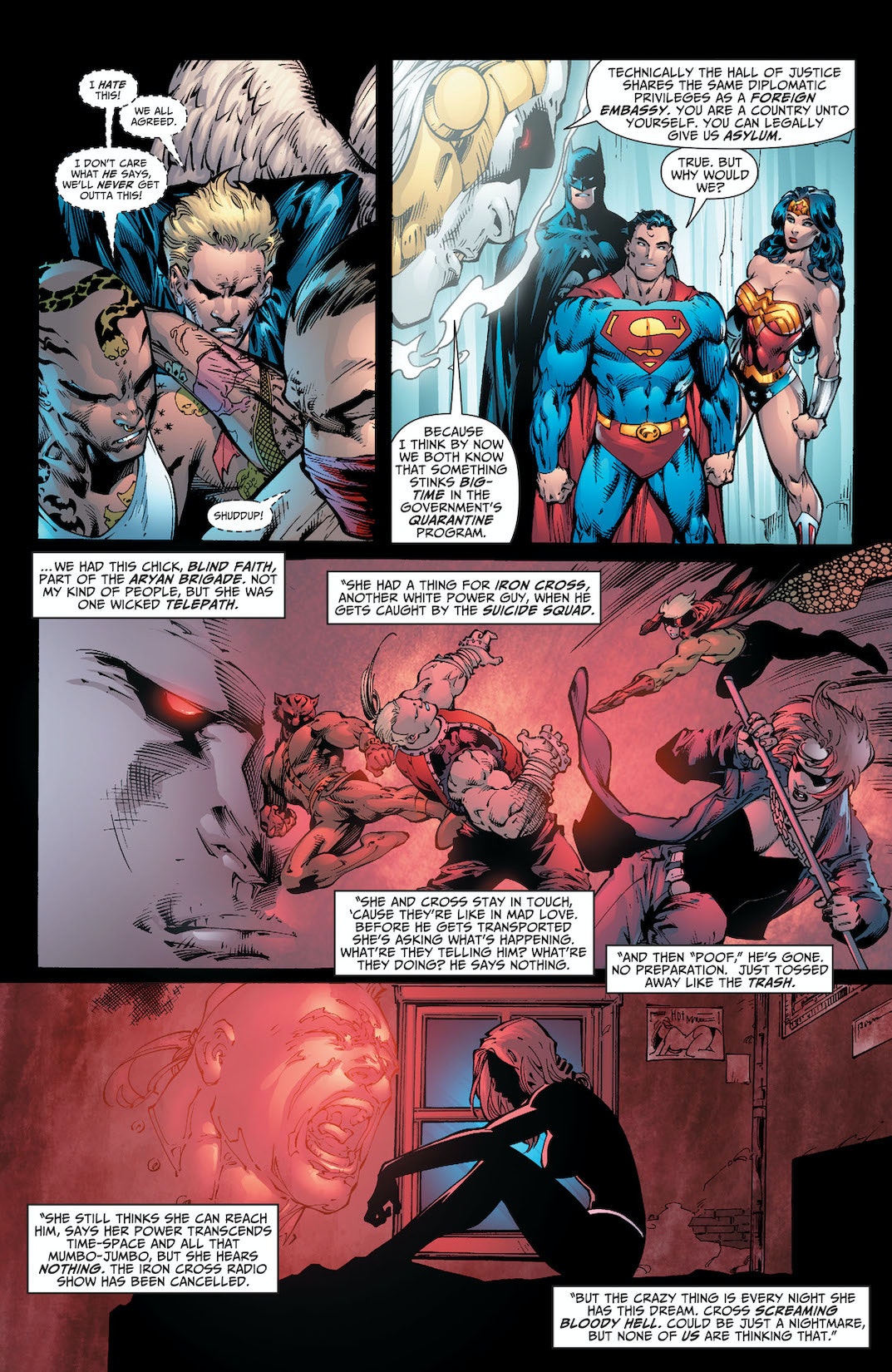 It's the Justice League vs. the Suicide Squad for the salvation of Earth's Super-Villains! Plus, catch up with Red Tornado and his changes since the first arc of JUSTICE LEAGUE tore his life apart.