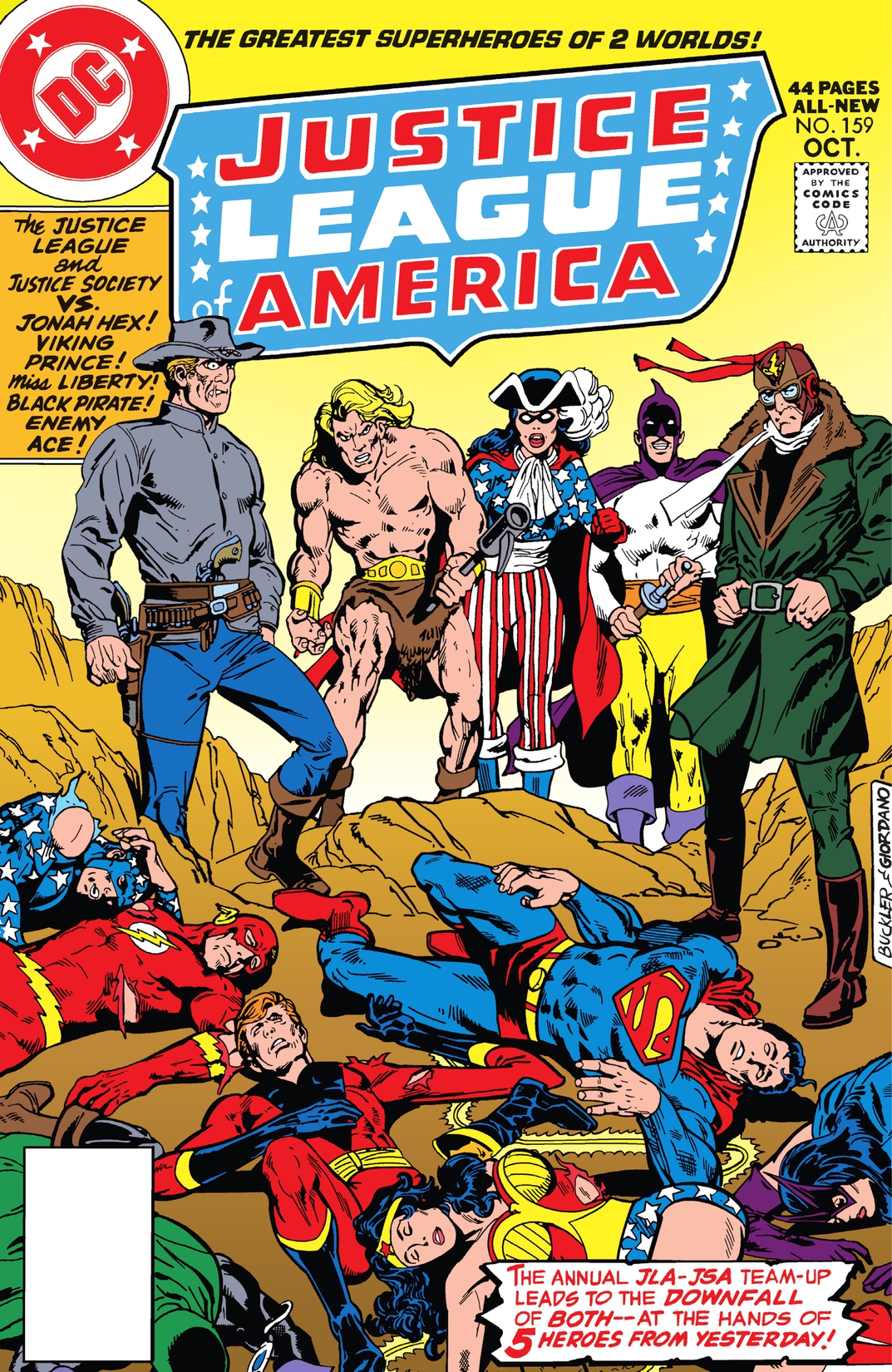 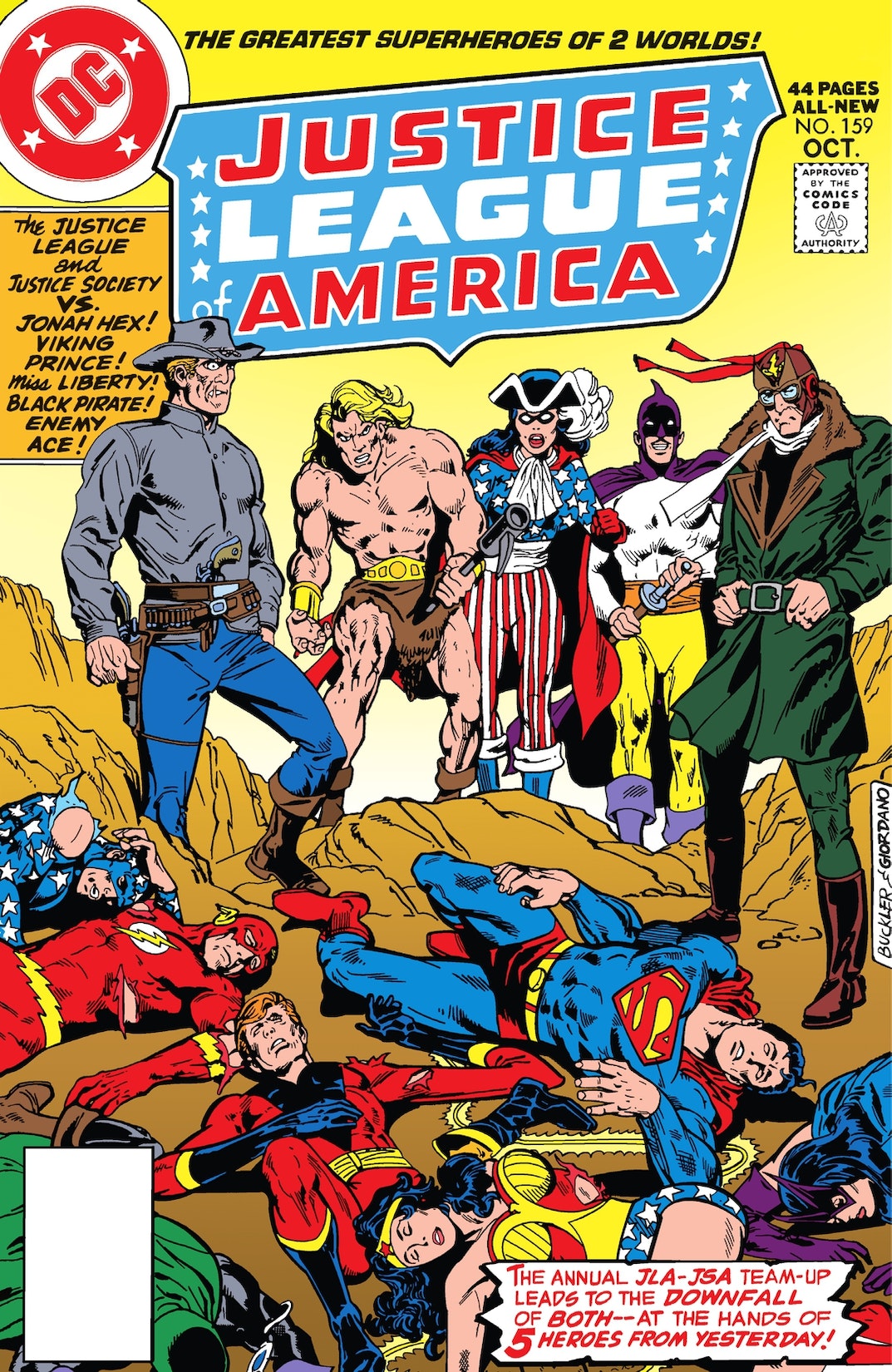 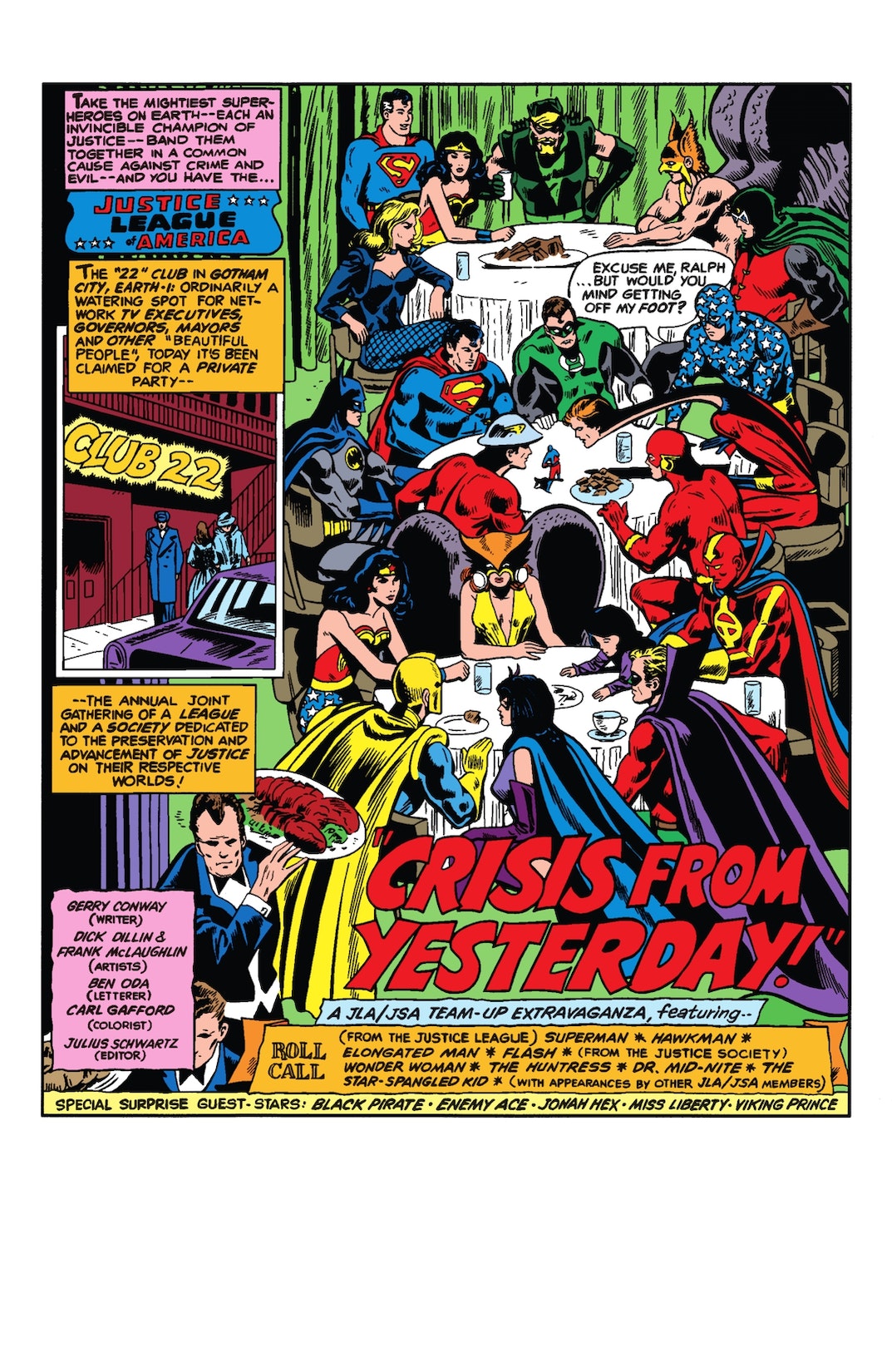 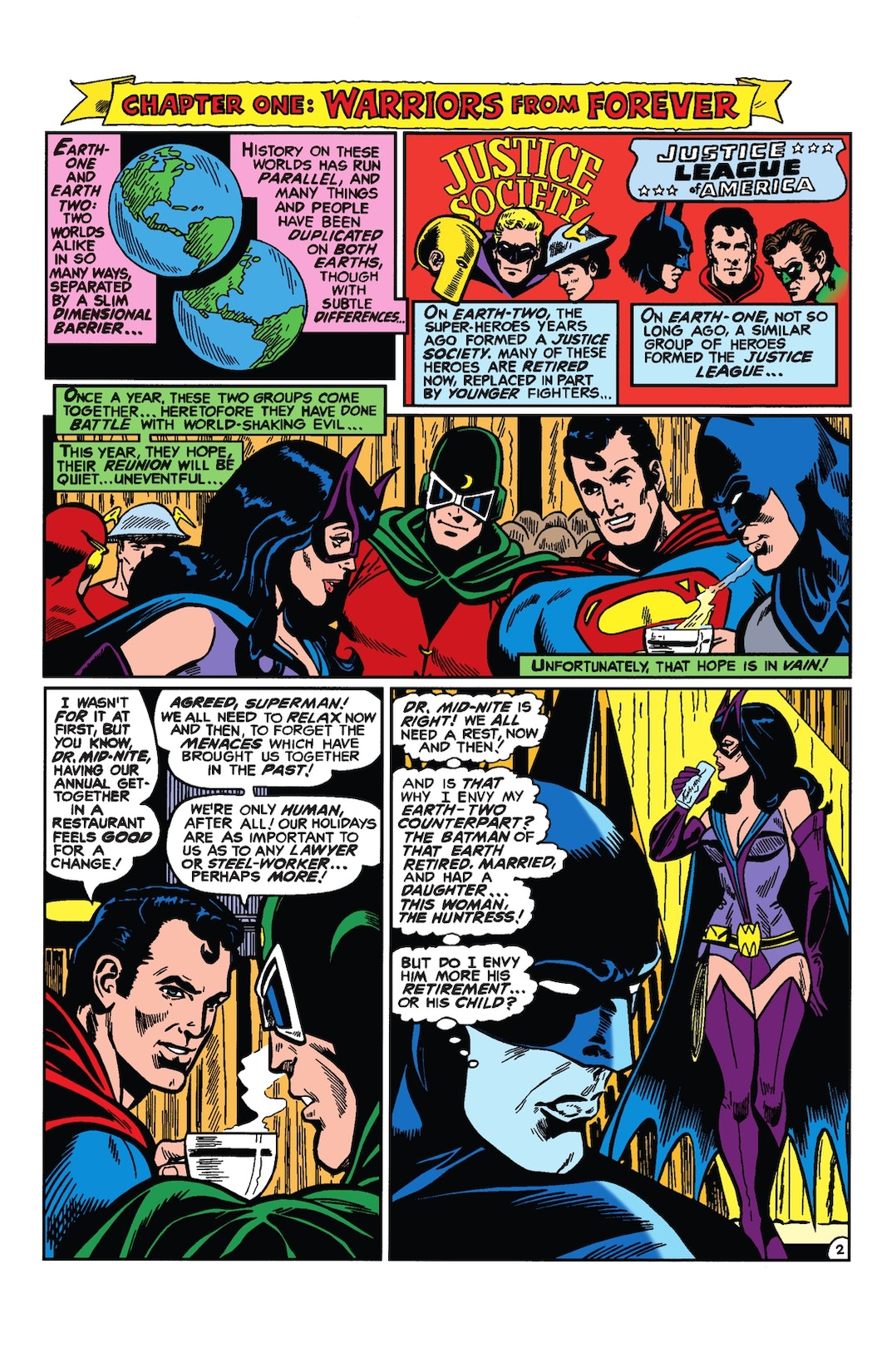 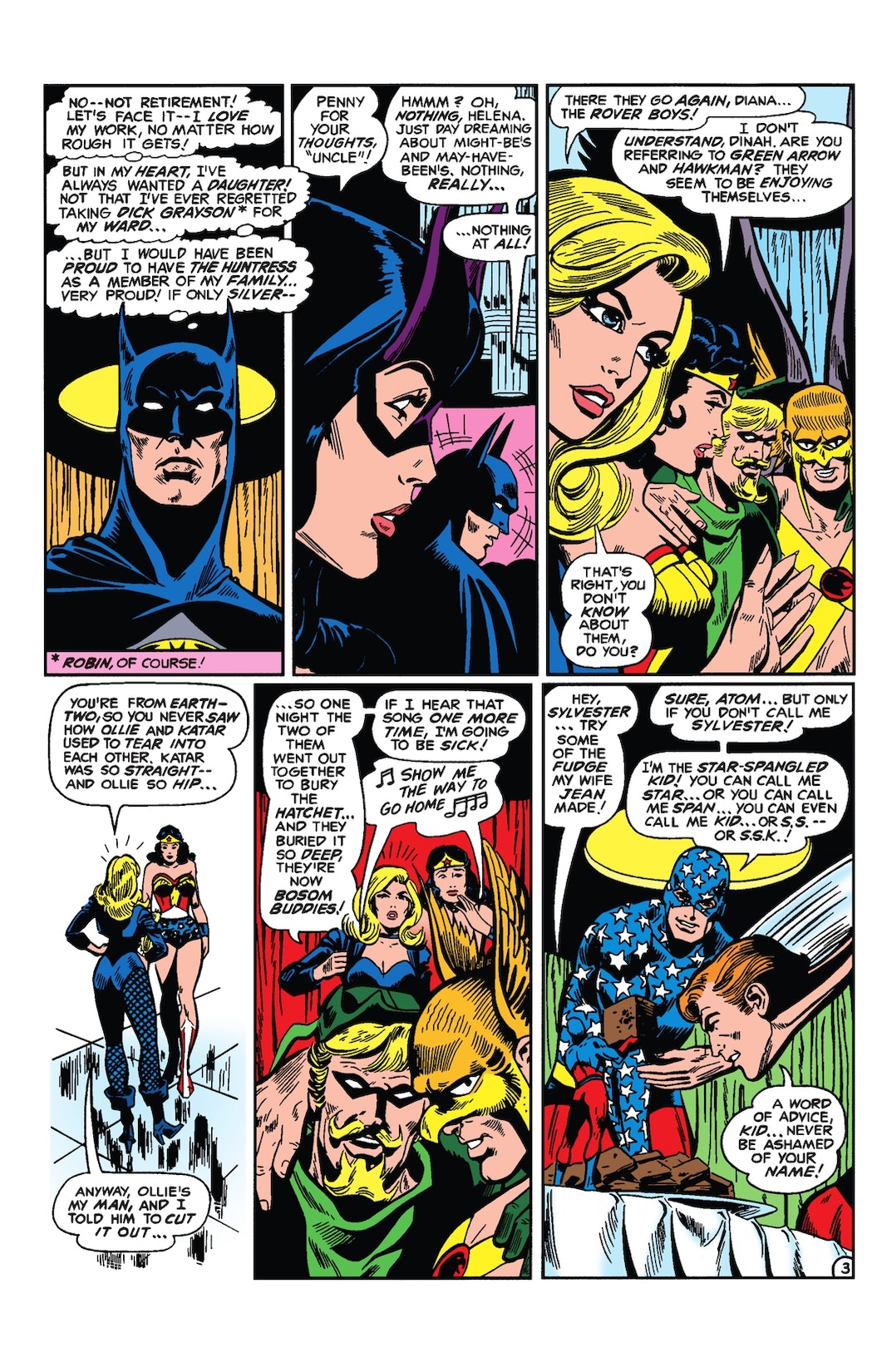 The annual joint gathering of the Justice League of America and their Multiverse counterparts, the Justice Society of America, is interrupted by an explosion. The villainous Lord of Time has selected five heroes from the distant past, brought them forward in time, imbued them with superhuman powers, and tricked them into fighting the combined heroes of Earth-One and Earth-Two. Will the remaining JLA and JSA members still standing be enough to overcome Jonah Hex, Black Pirate, Enemy Ace, Miss Liberty, and the Viking Prince in “Crisis from Yesterday!”?