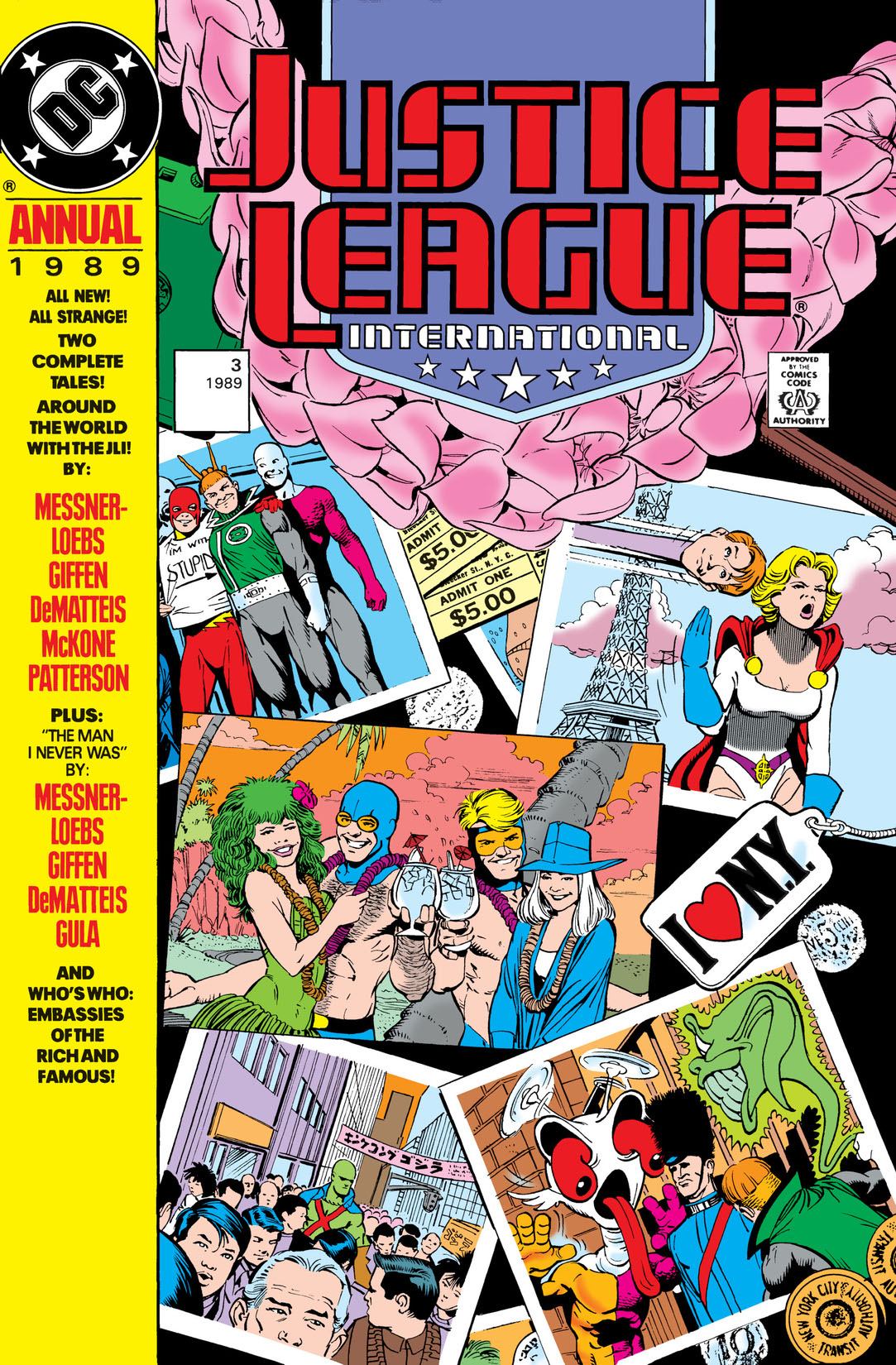 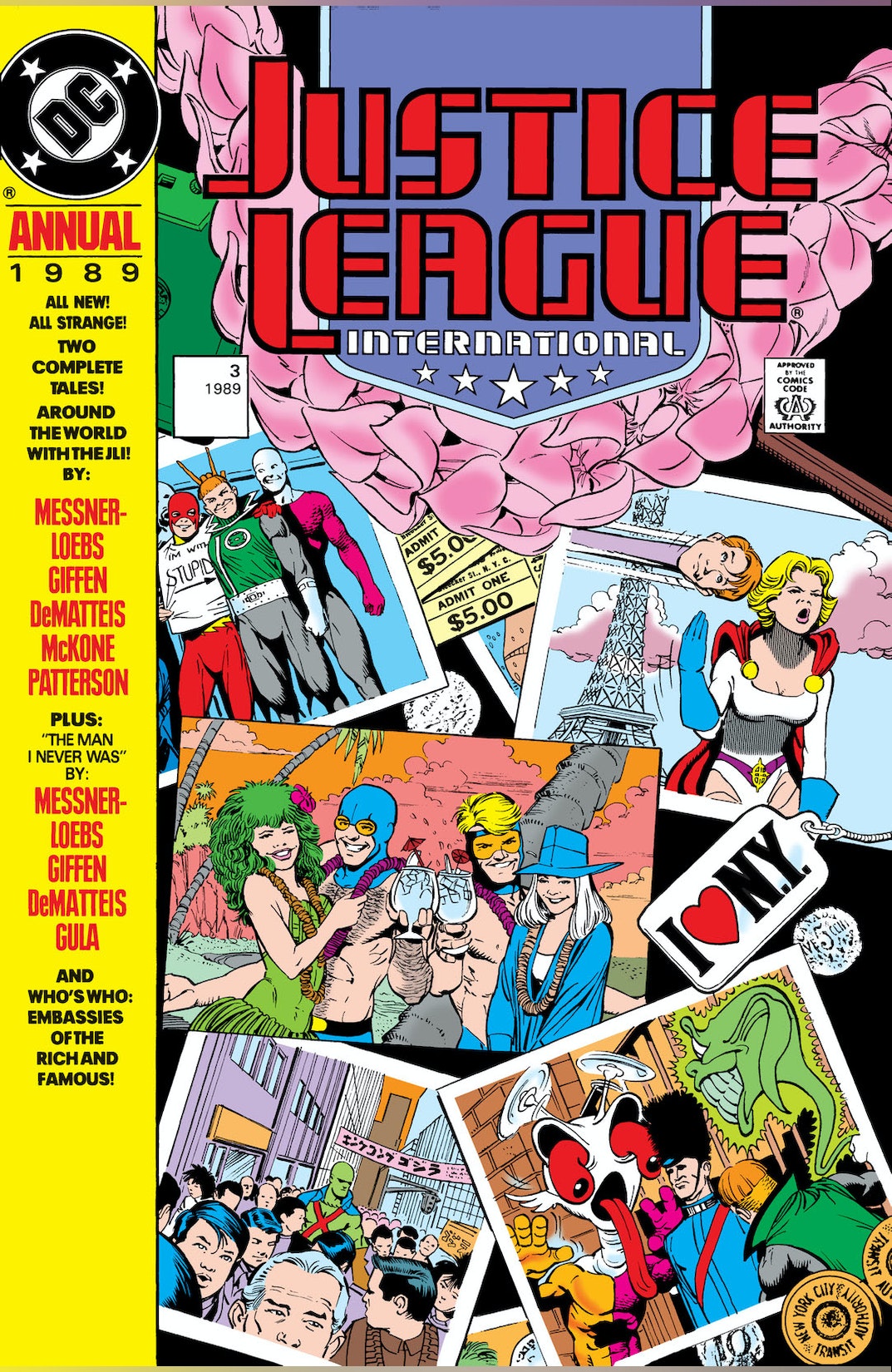 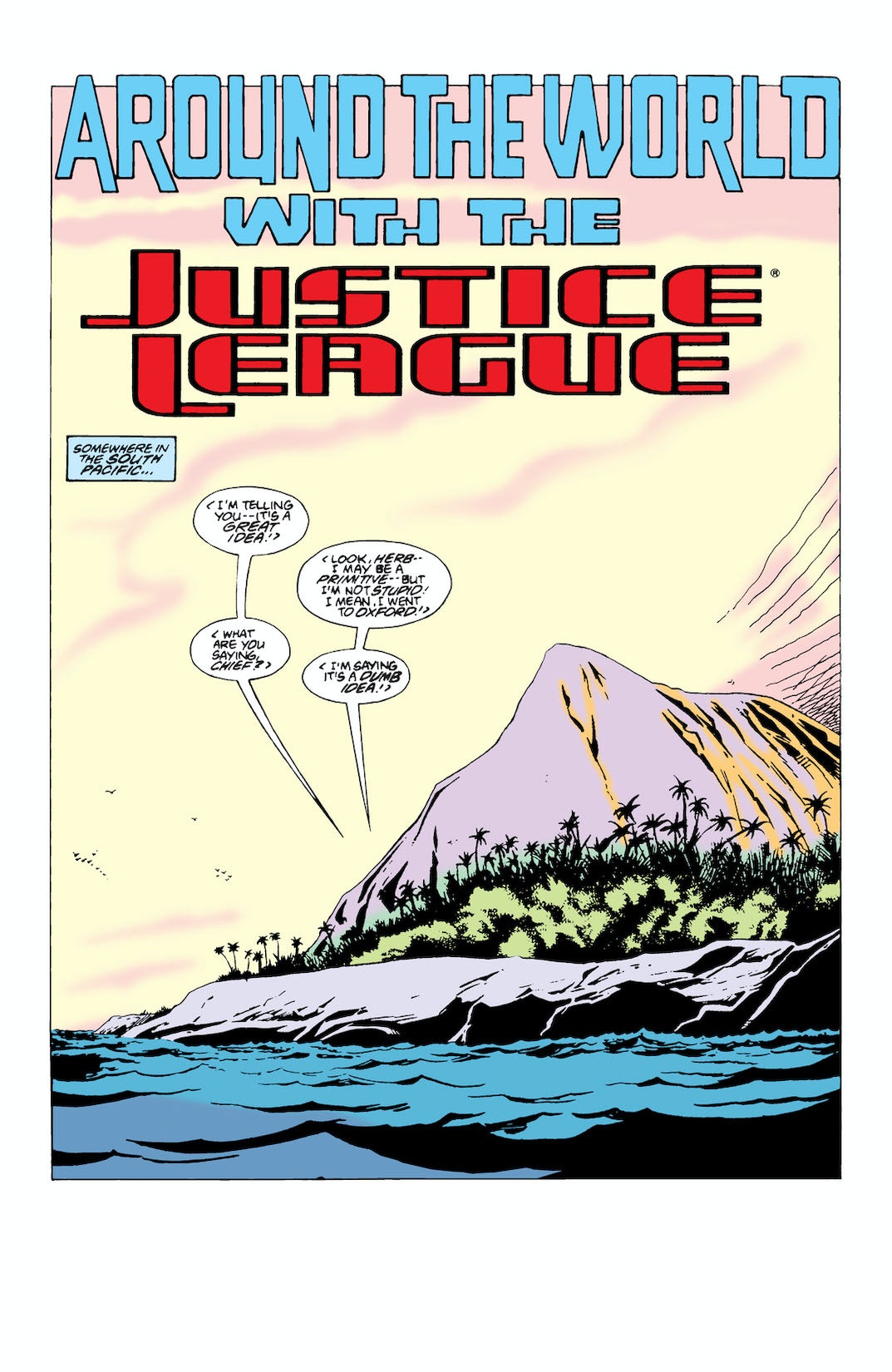 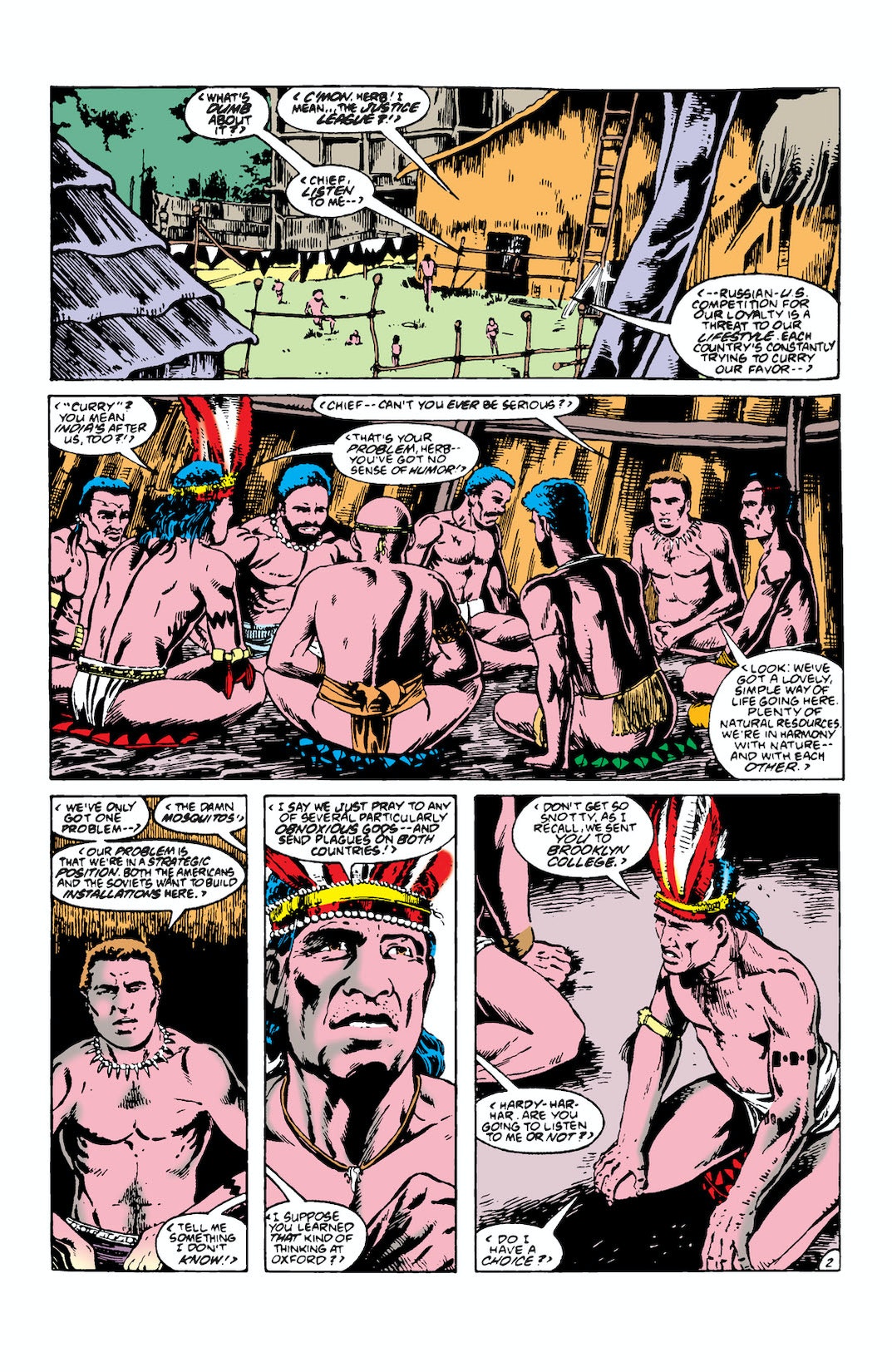 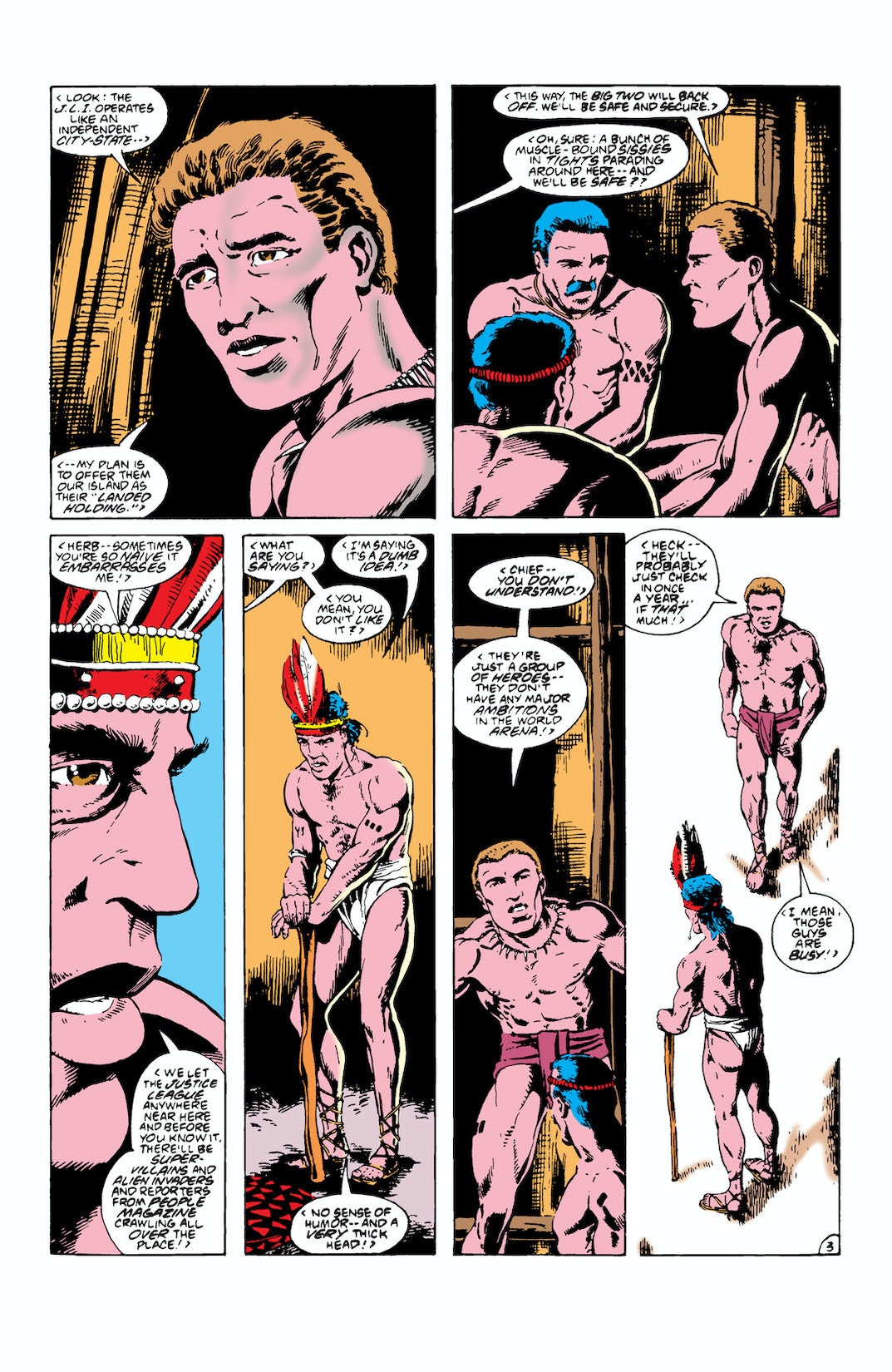 “AROUND THE WORLD WITH THE JUSTICE LEAGUE.” The natives of the South Pacific island Kooey Kooey Kooey decide that to avoid becoming a pawn of one of the superpowers in the Cold War, they should offer their home to the Justice League International. Meanwhile, Max Lord sends the JLI (both the American and European teams) on a world tour of their embassies. The team is to familiarize themselves with all of the locations and the staff. So begins a worldwide chase, as the representatives from Kooey Kooey Kooey attempt to make their offer to the League!