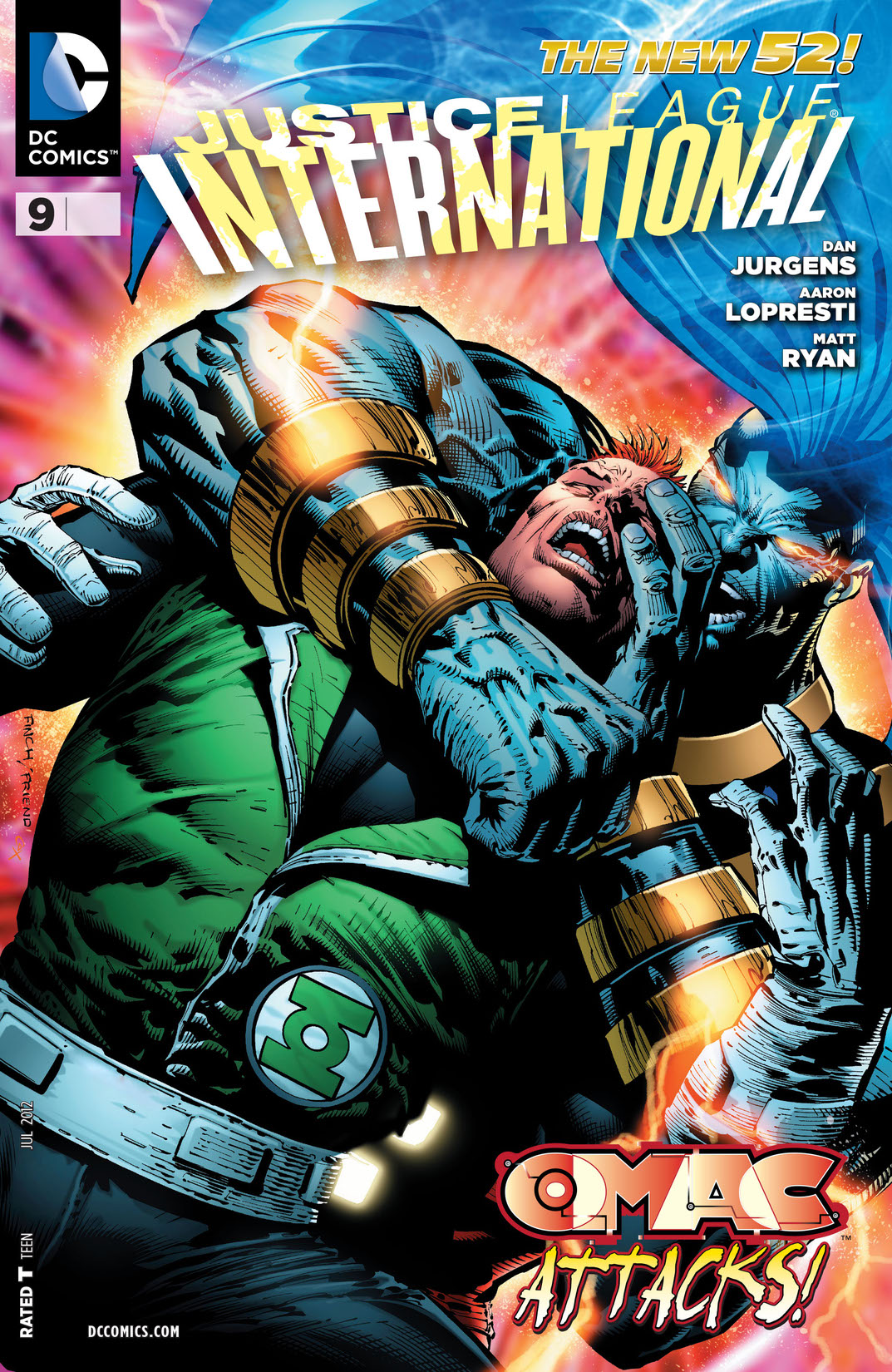 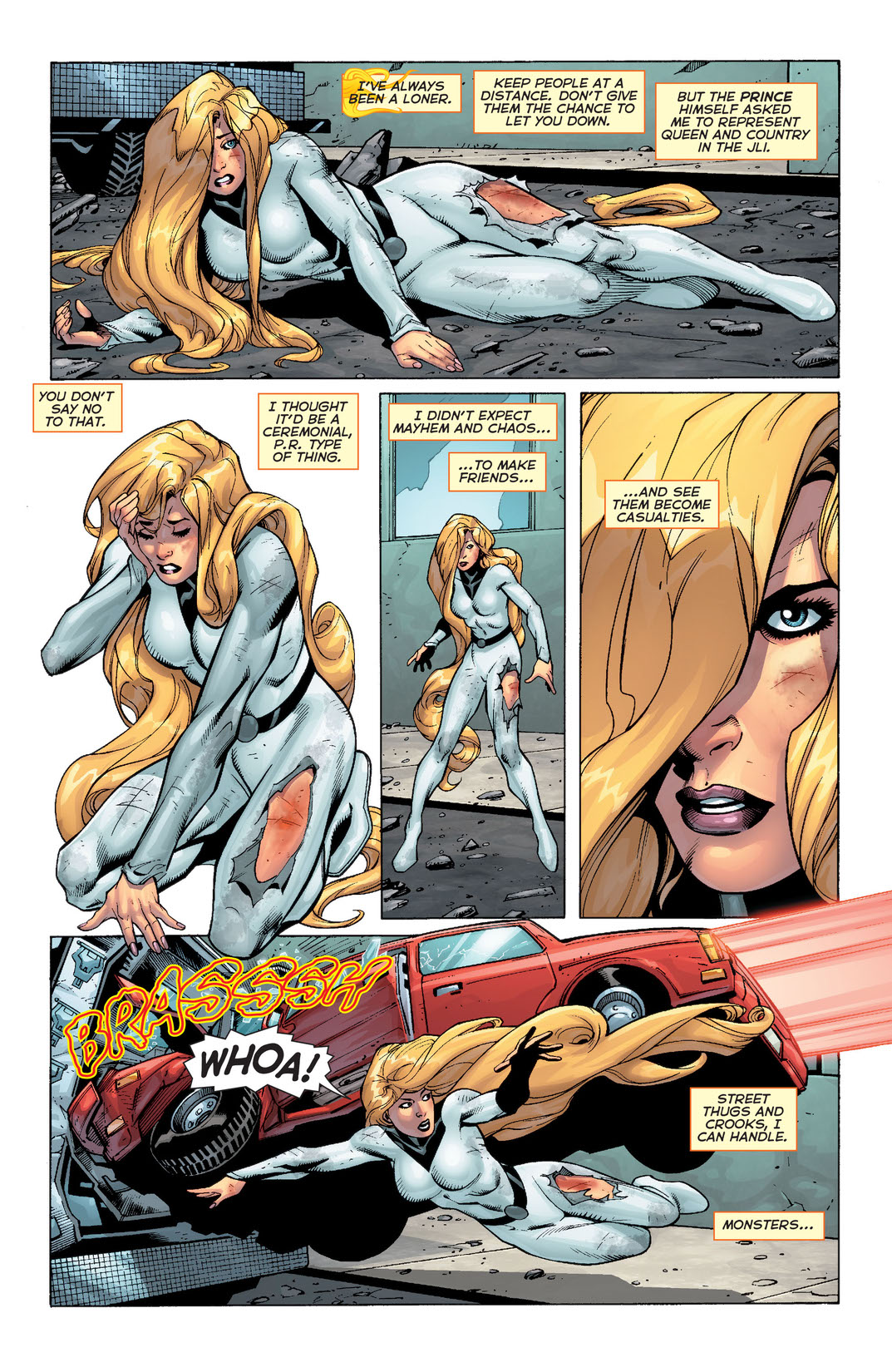 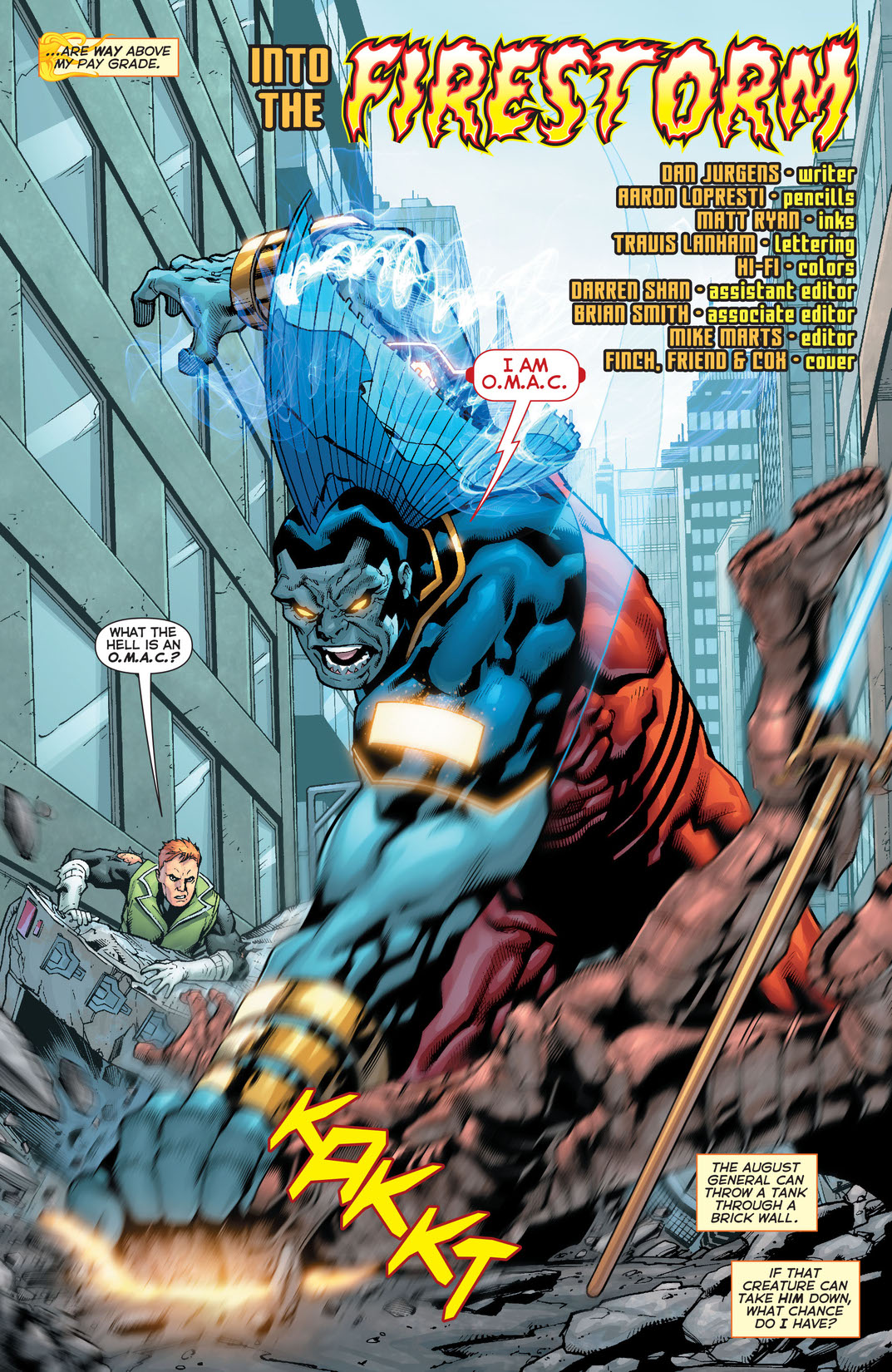 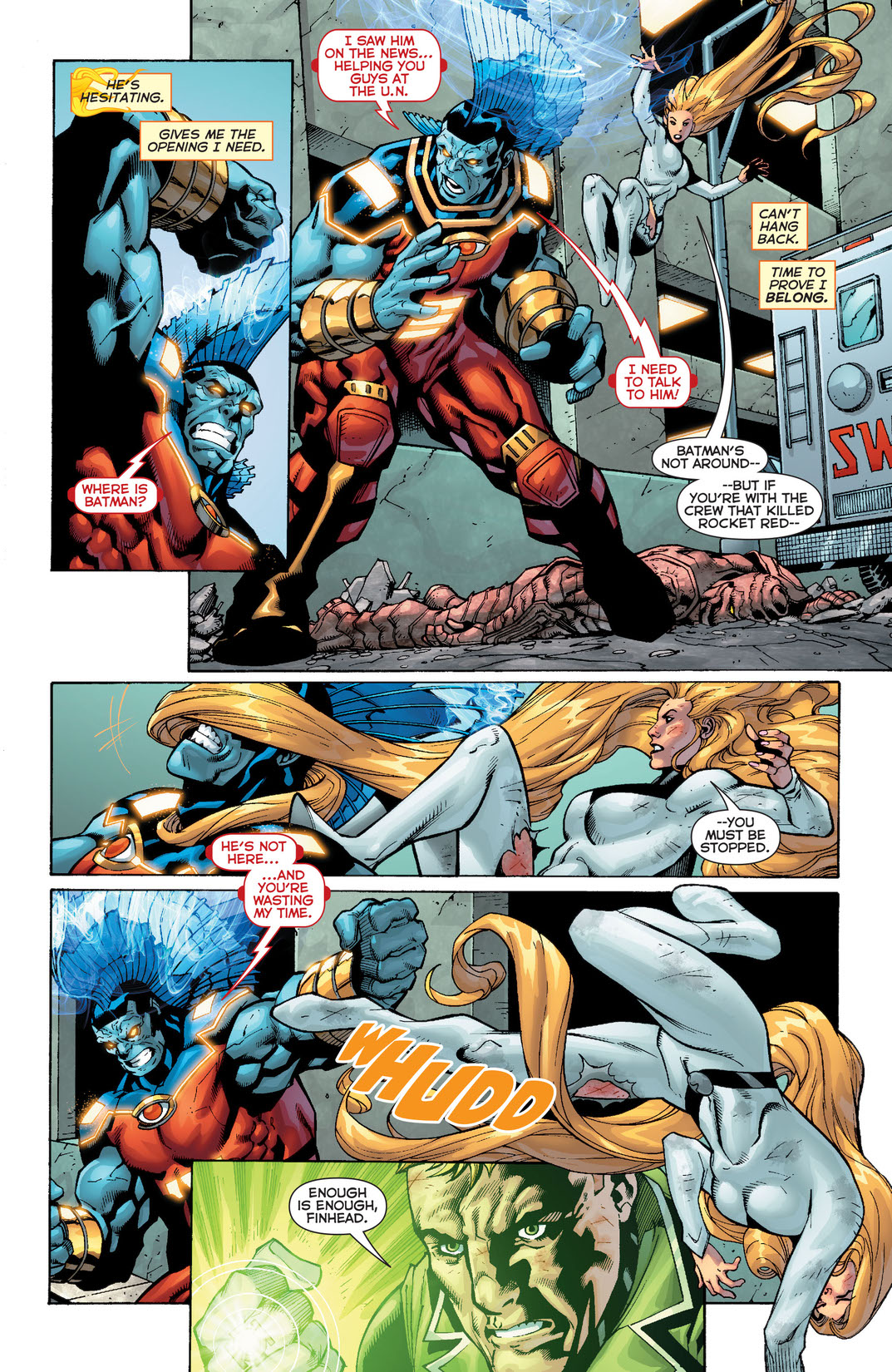 The Justice League International find themselves going power-for-power against an army—a one-man army that is! It's just JLI versus O.M.A.C! Continued in THE FURY OF FIRESTORM: THE NUCLEAR MAN #9.