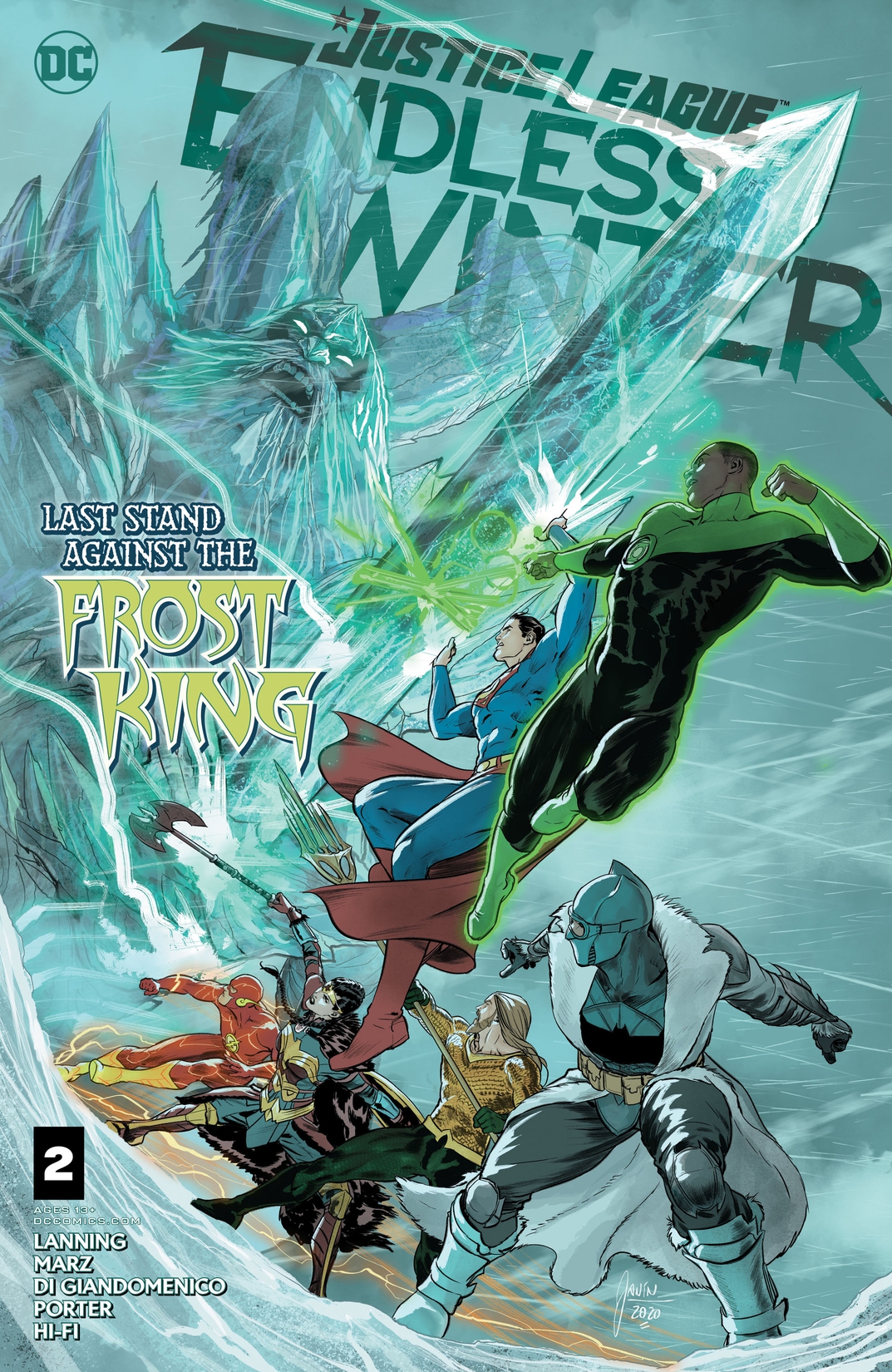 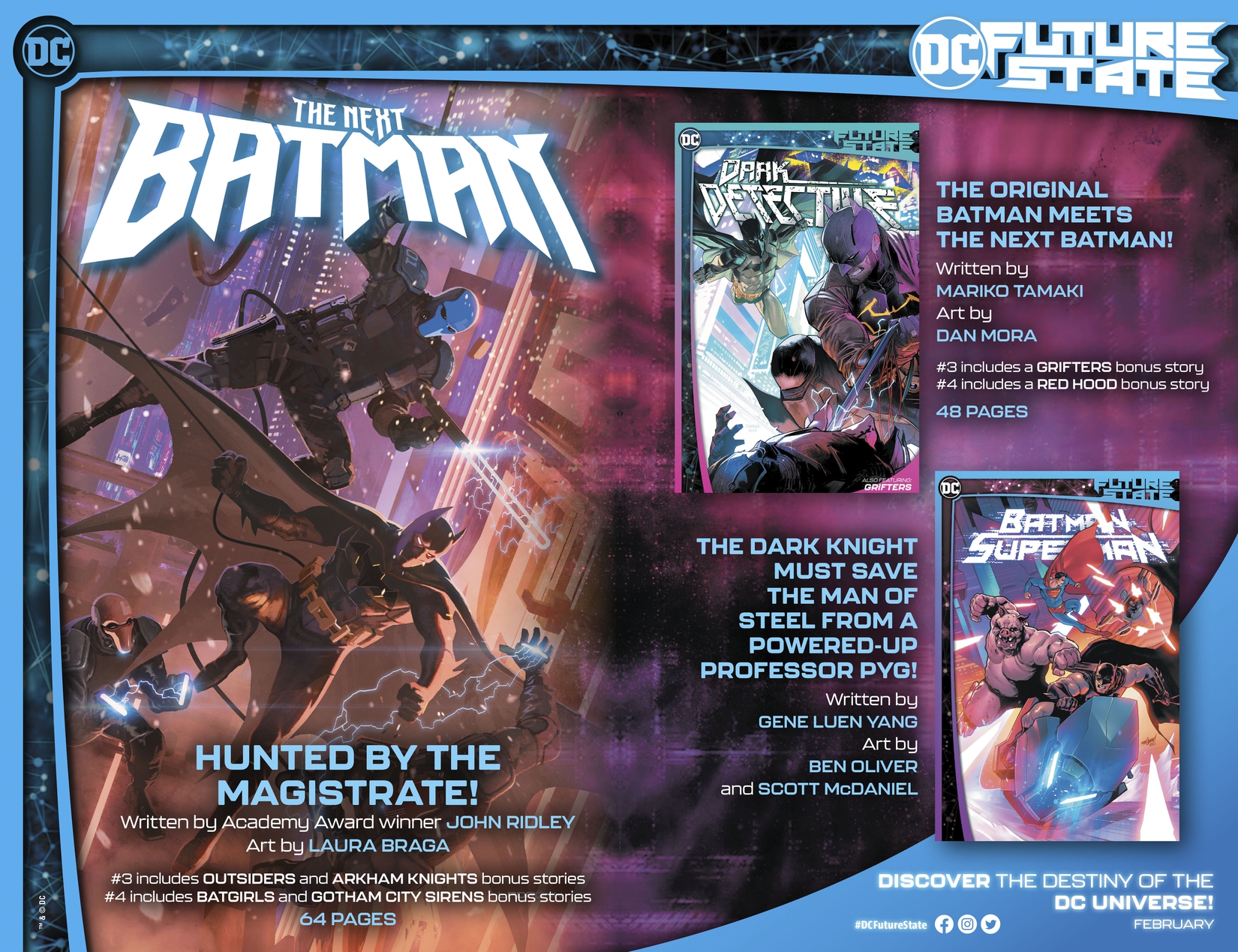 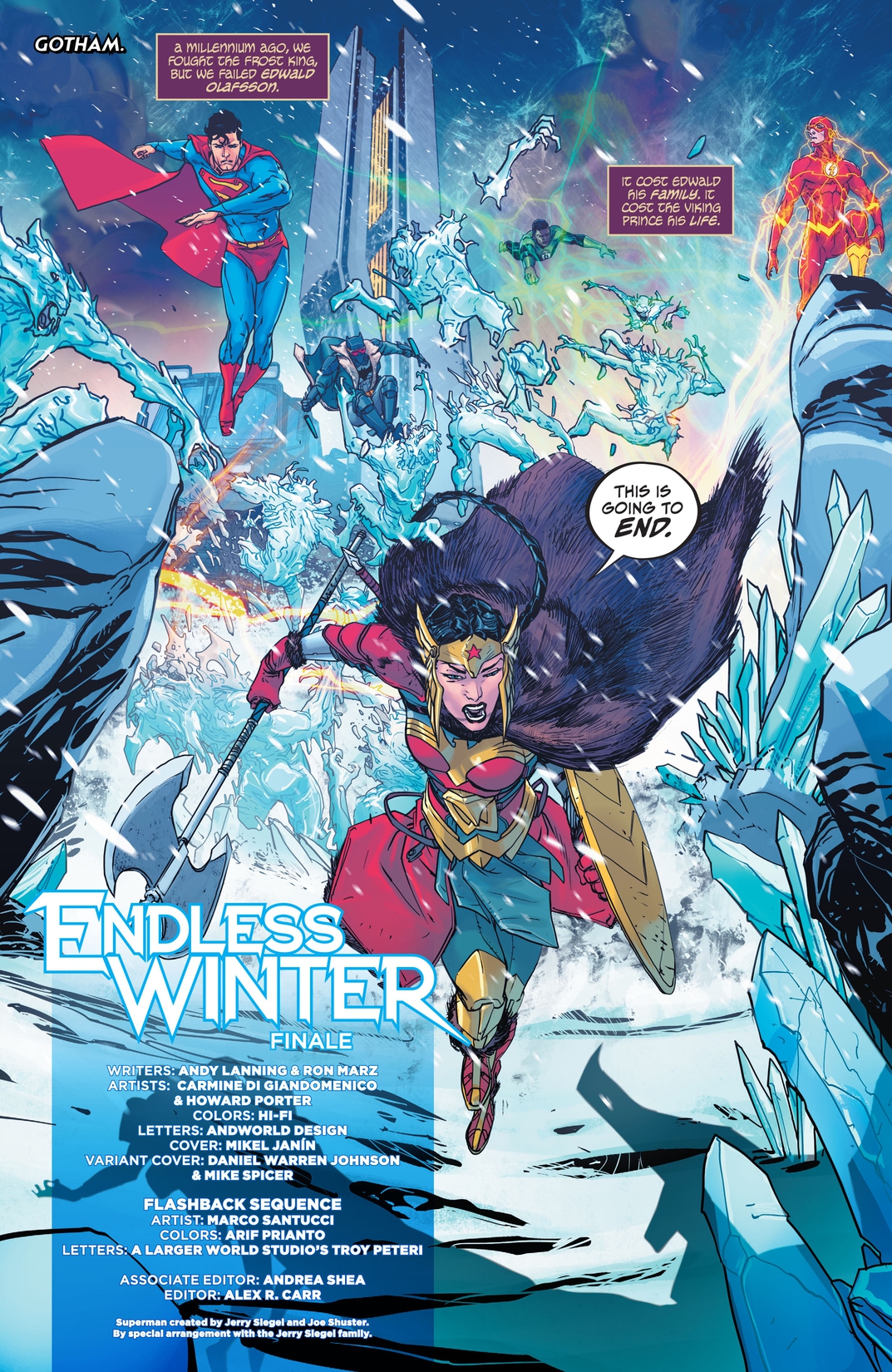 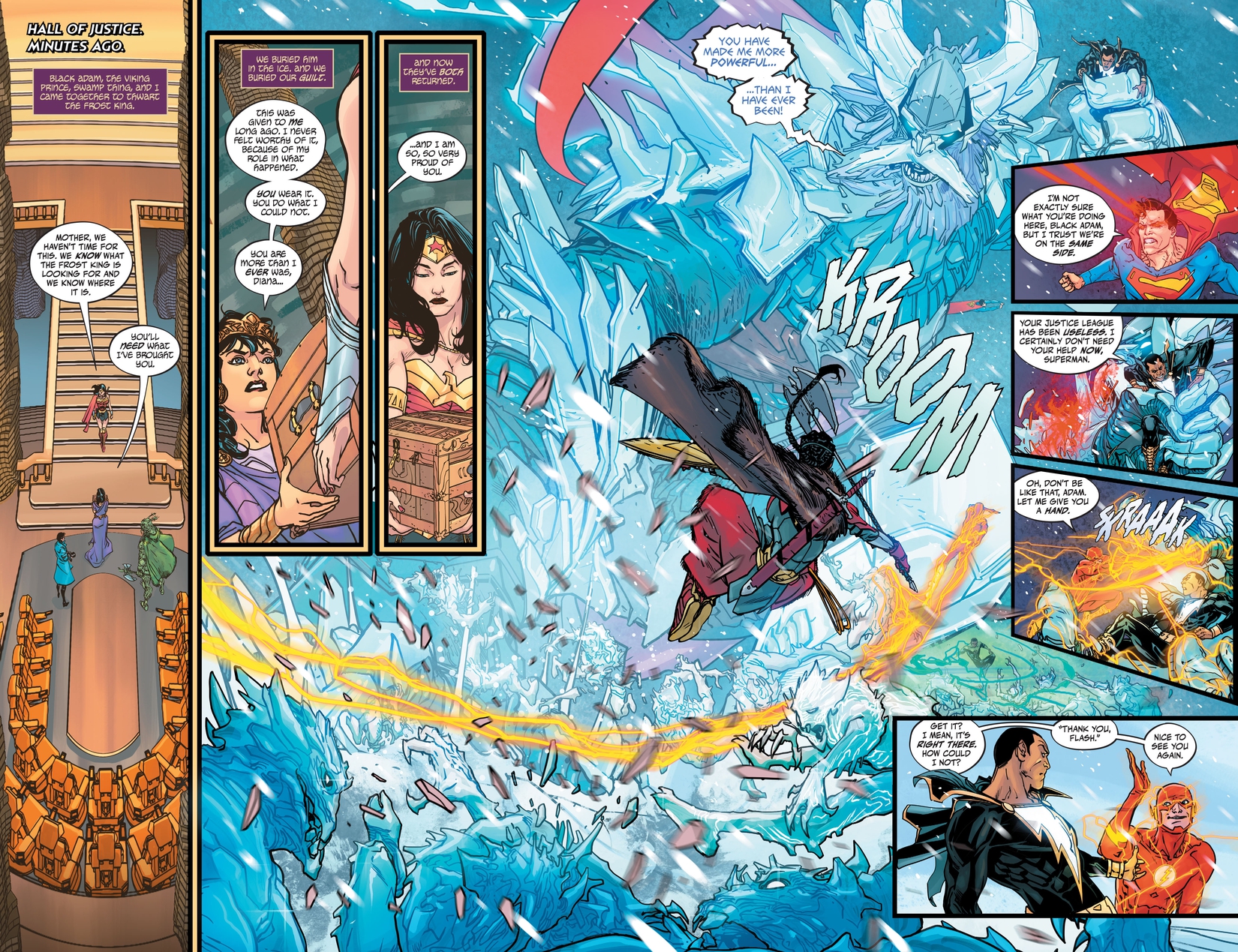 “Endless Winter” chapter nine! This is it-the final chapter in the five-week, nine-issue Justice League crossover! With the Frost King’s origin revealed, the Justice League must battle the mistakes of the past as well as the global freeze that now threatens the entire population. This issue is snow-packed with characters and action as Superman battles Black Adam while Batman, Wonder Woman, Aquaman, Flash, Green Lantern, Queen Hippolyta, and Swamp Thing face the Frost King and his monstrous army! All of the world is watching, and the Justice League must make a choice.