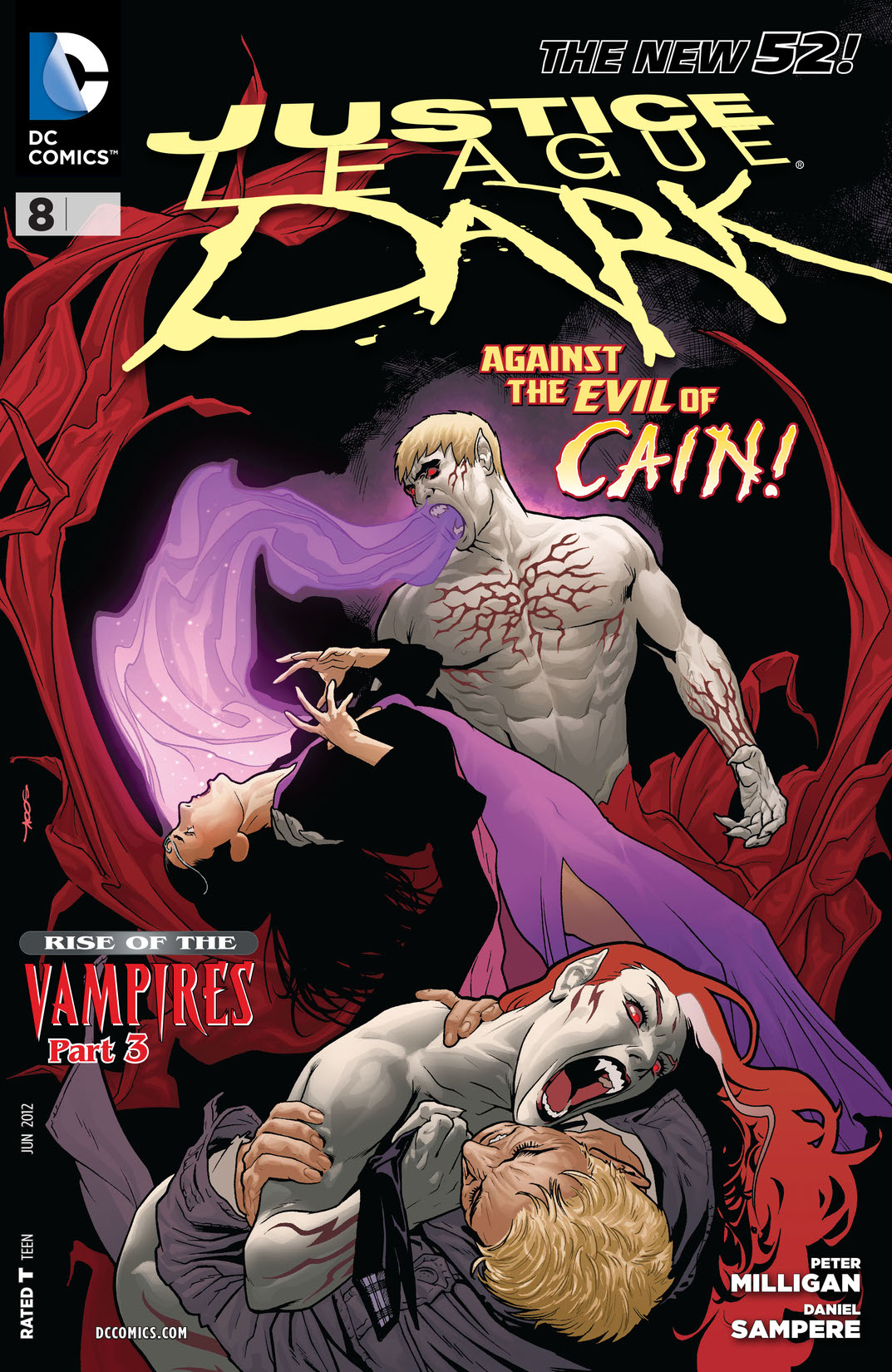 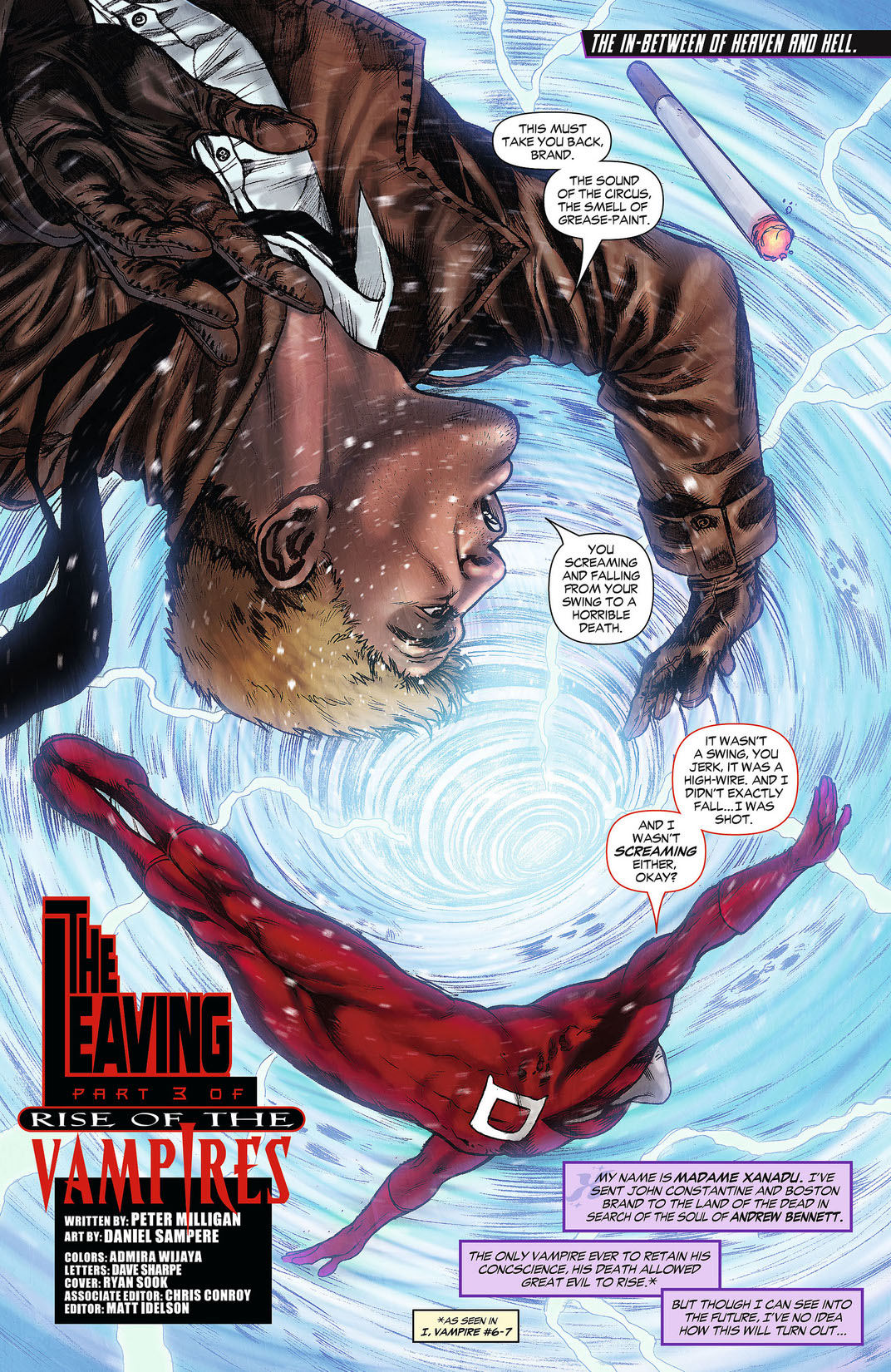 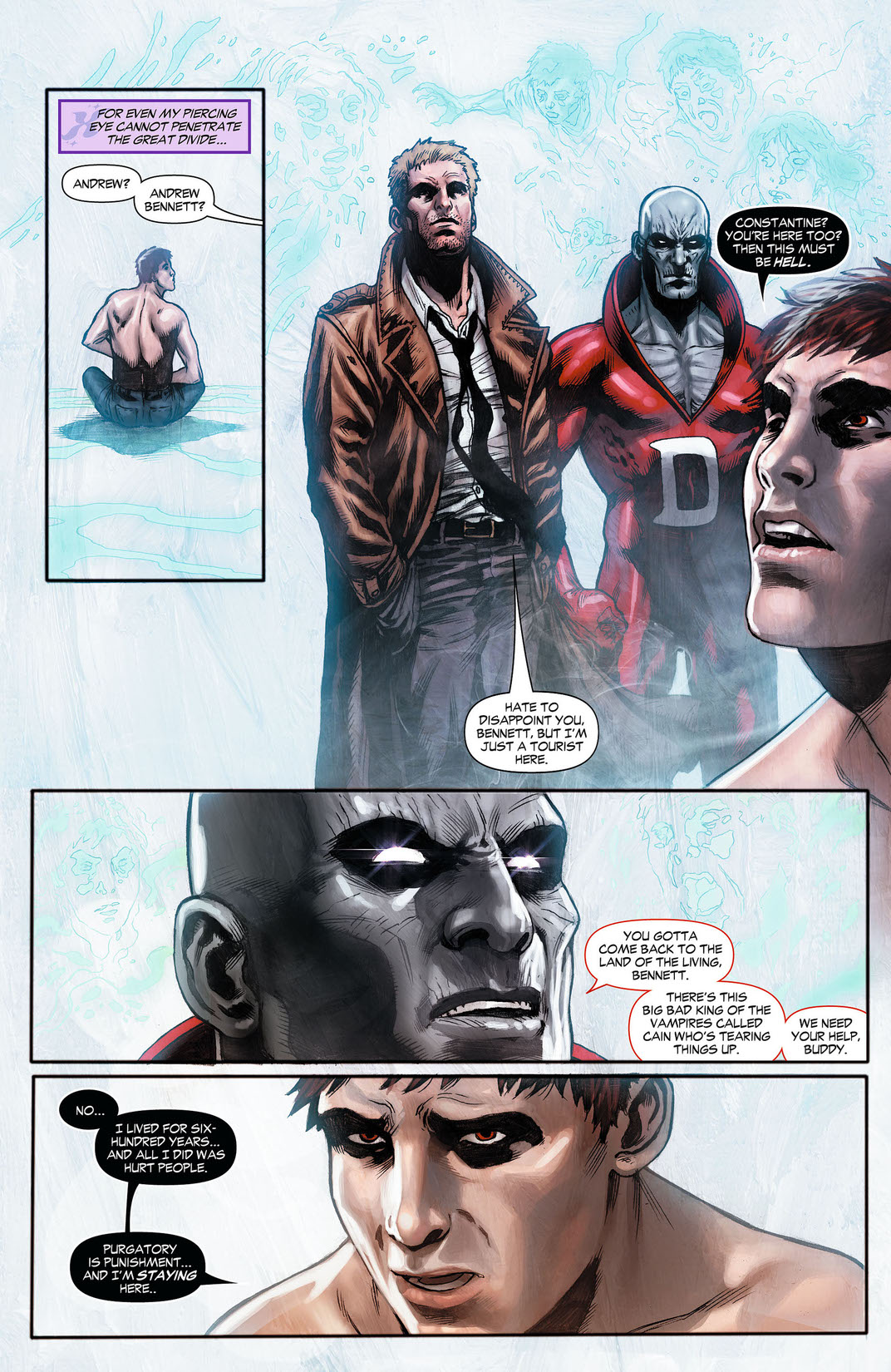 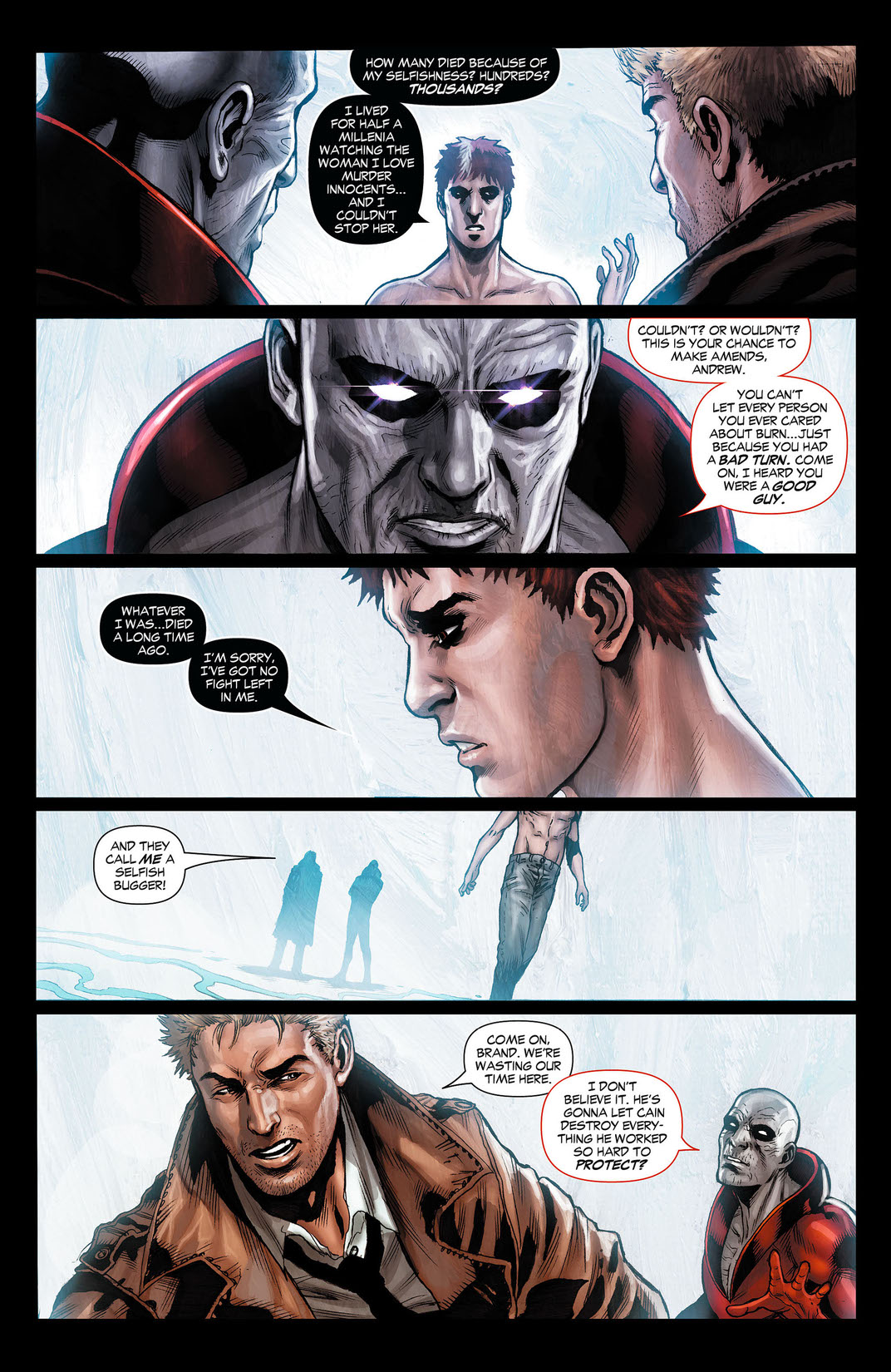 Continued from I, VAMPIRE #7. Zatanna and Shade stand alone against an army of single-minded vampires, with their most powerful teammates out of the action! Plus: Constantine and Deadman have gone to the ends of the earth and beyond in search of the only two powers who can put a stop to the bloody rise of Cain. Continued in I, VAMPIRE #8.