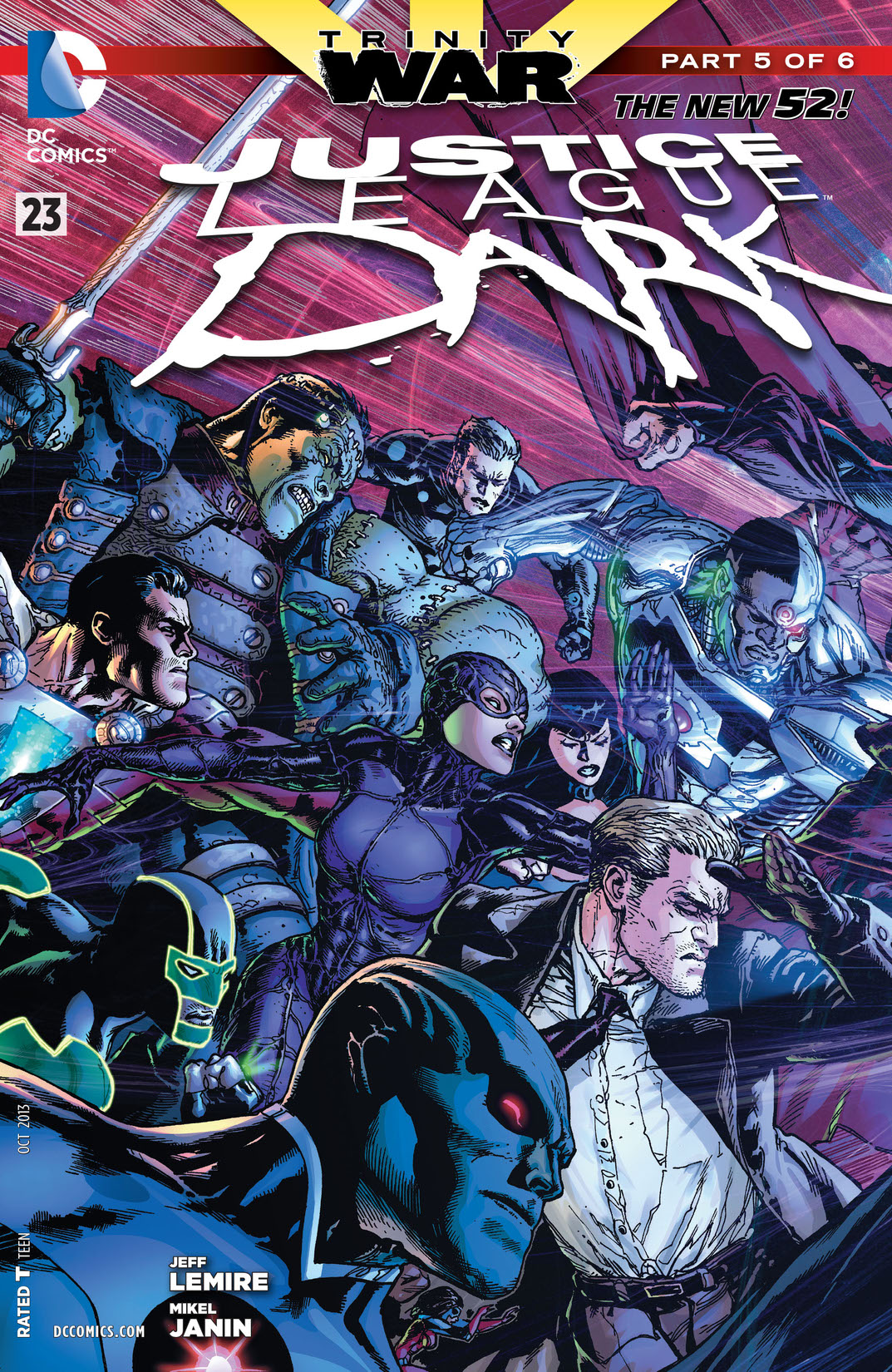 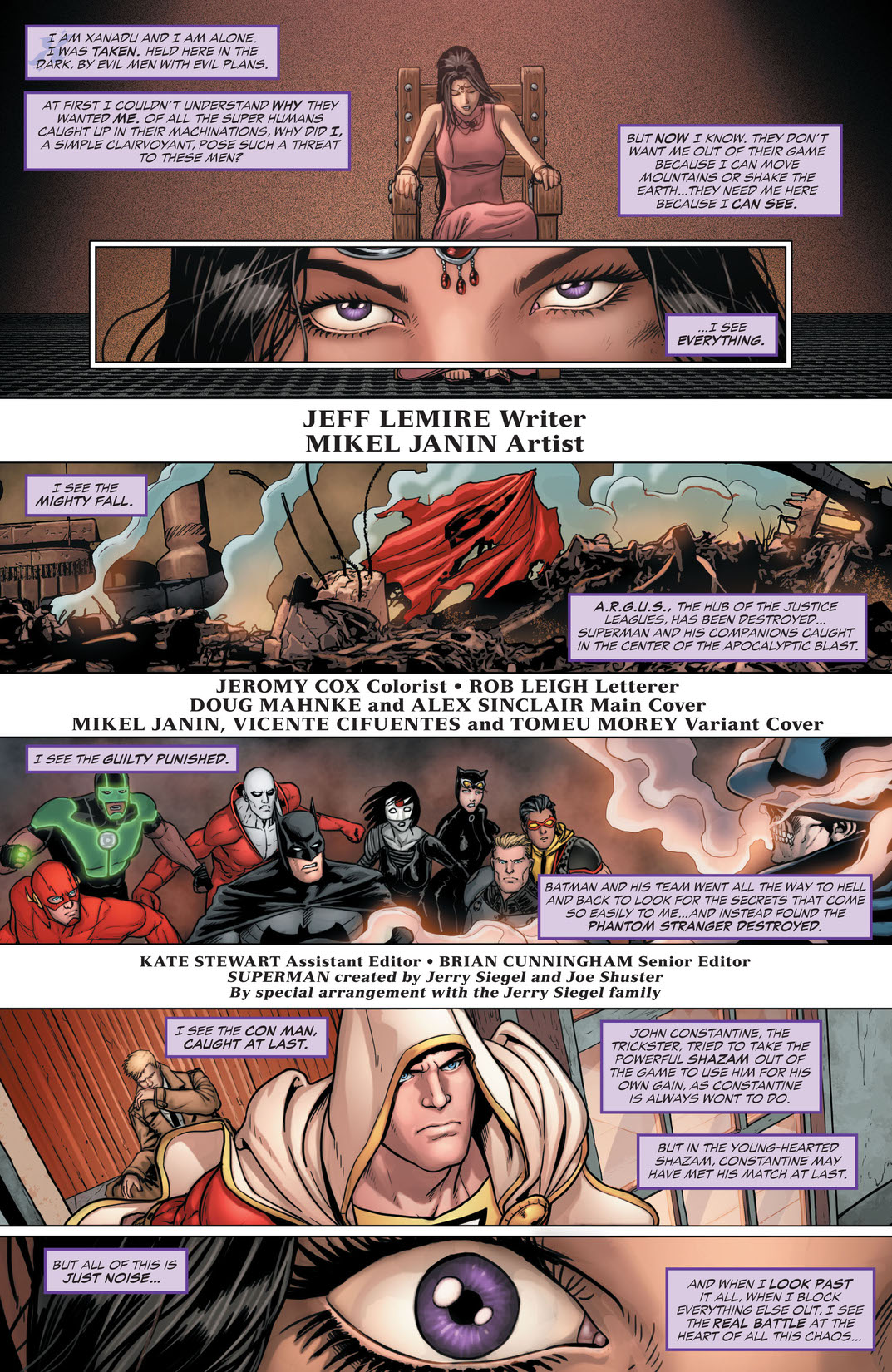 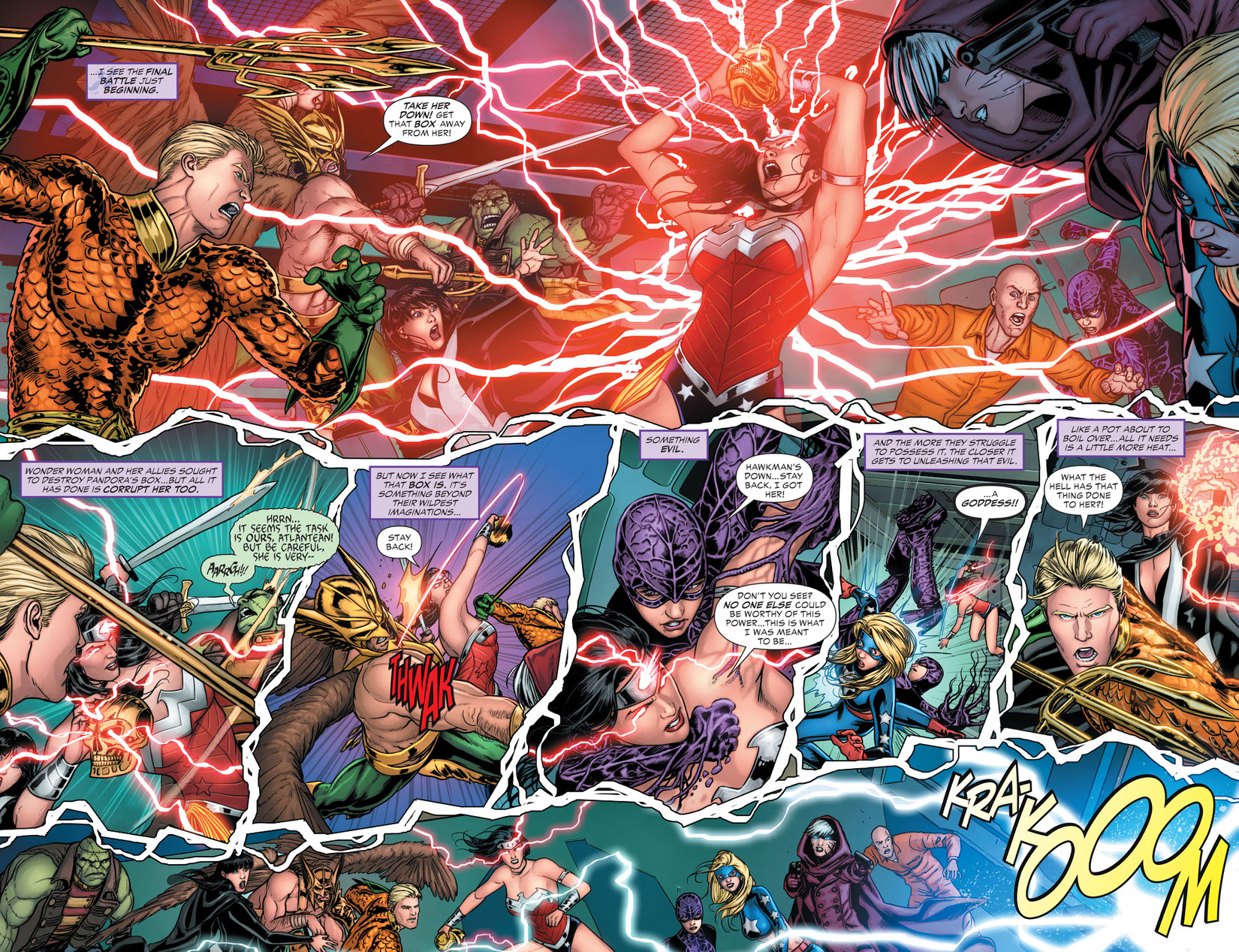 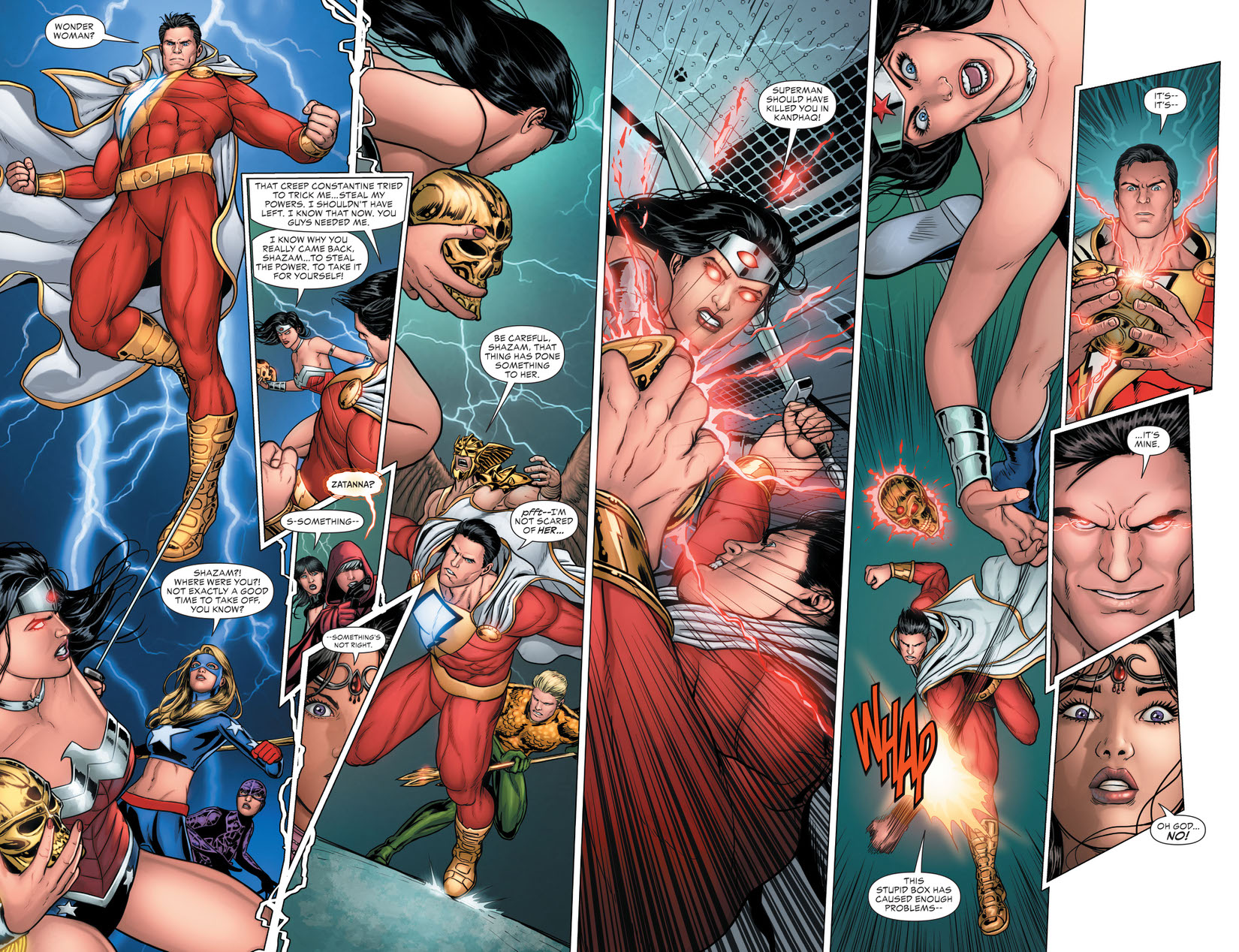 Trinity War' part 5, continued from JUSTICE LEAGUE OF AMERICA (2013- )#7. The Justice Leagues continue to fracture as the murder of a hero is solved—and the line between justice and vengeance blurs as they head off to find those responsible. Continued in JUSTICE LEAGUE (2011- ) #23.