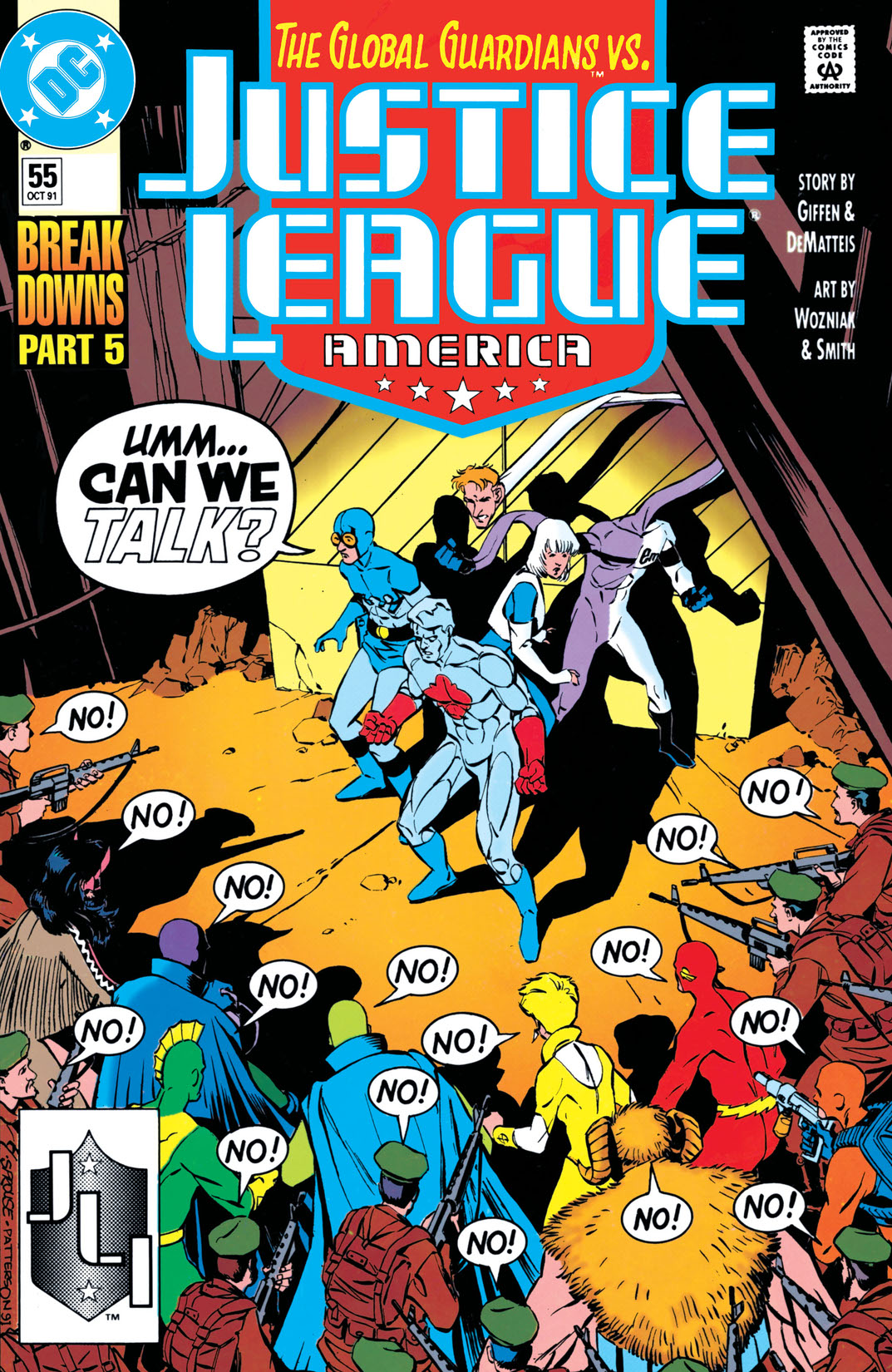 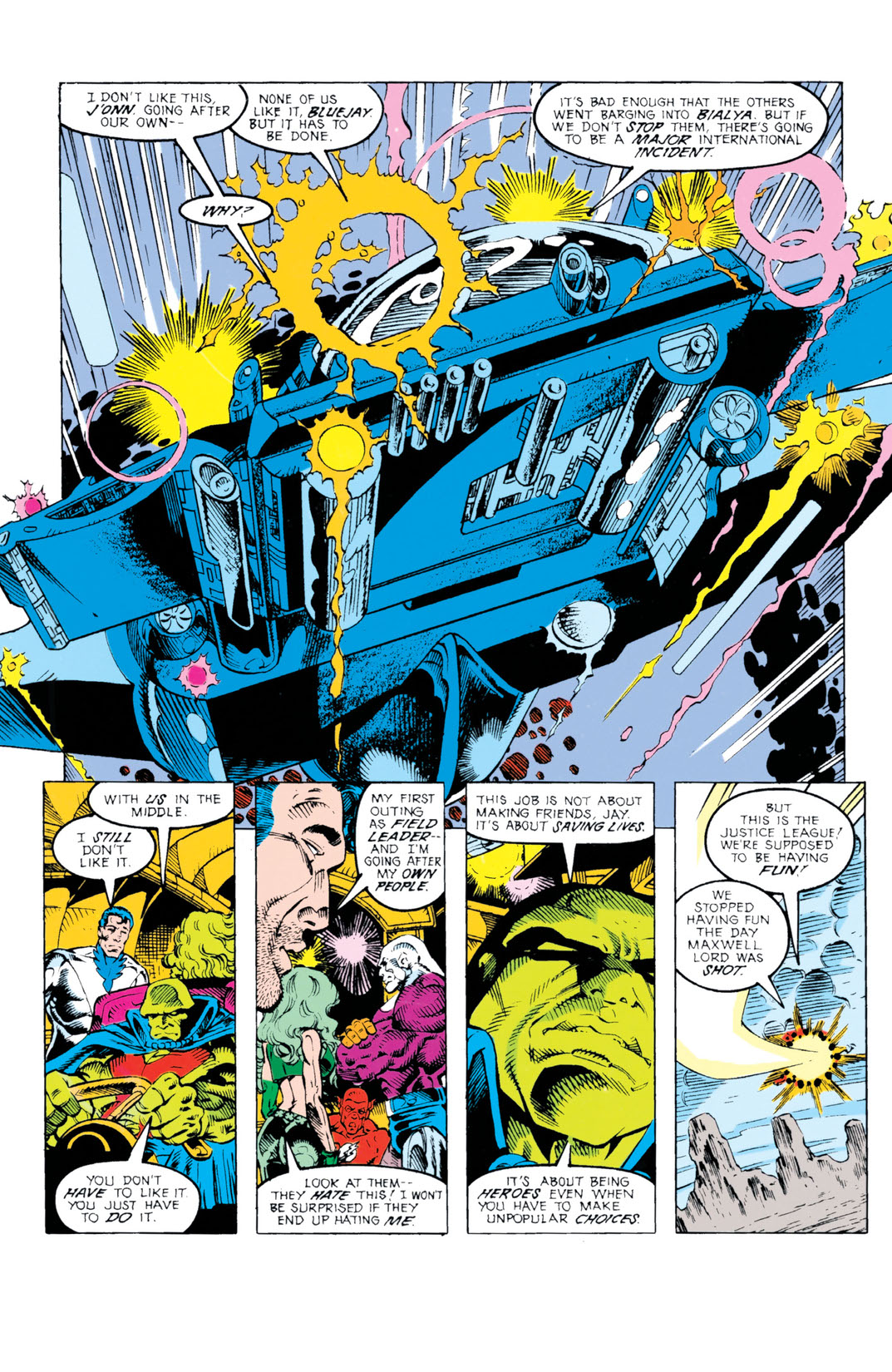 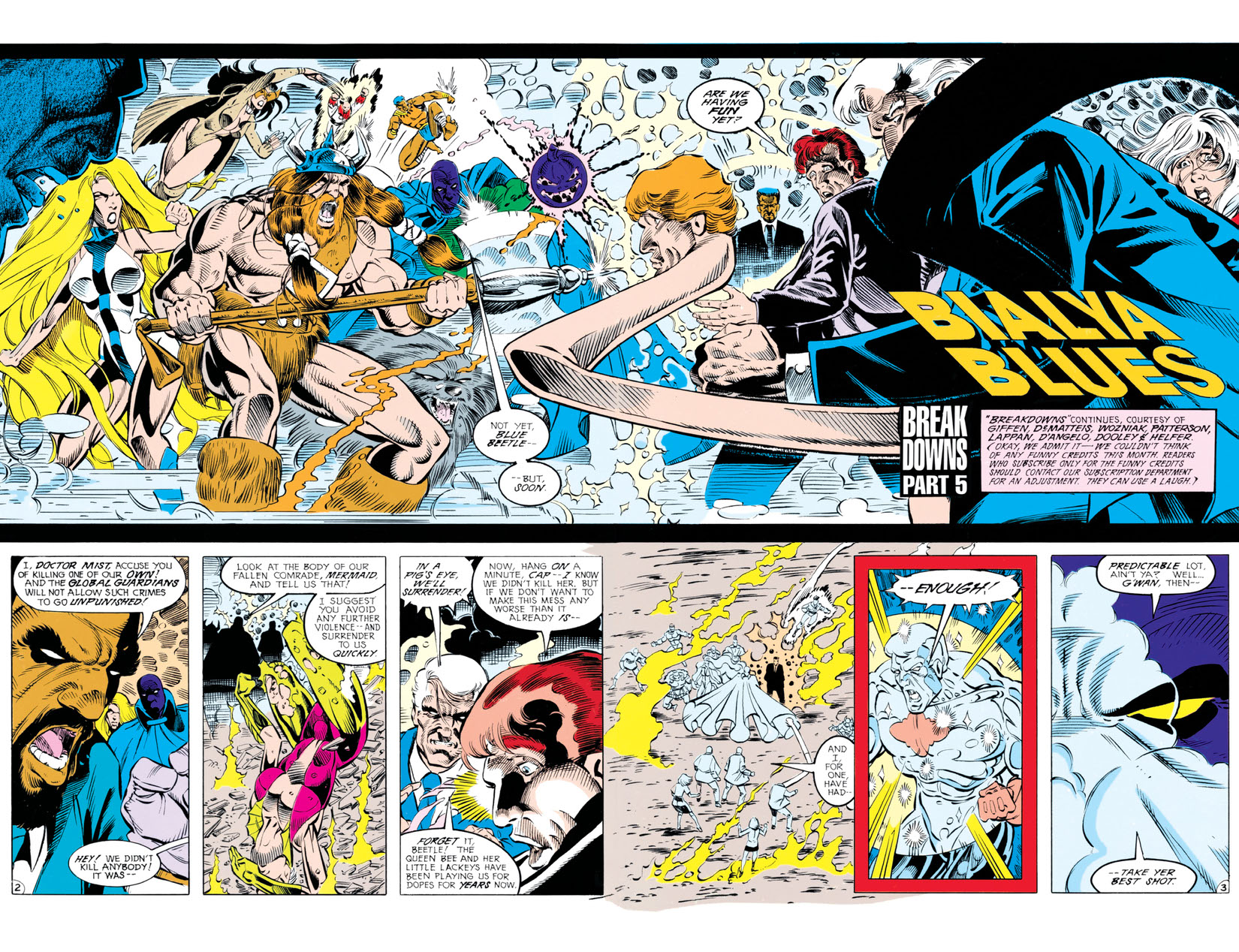 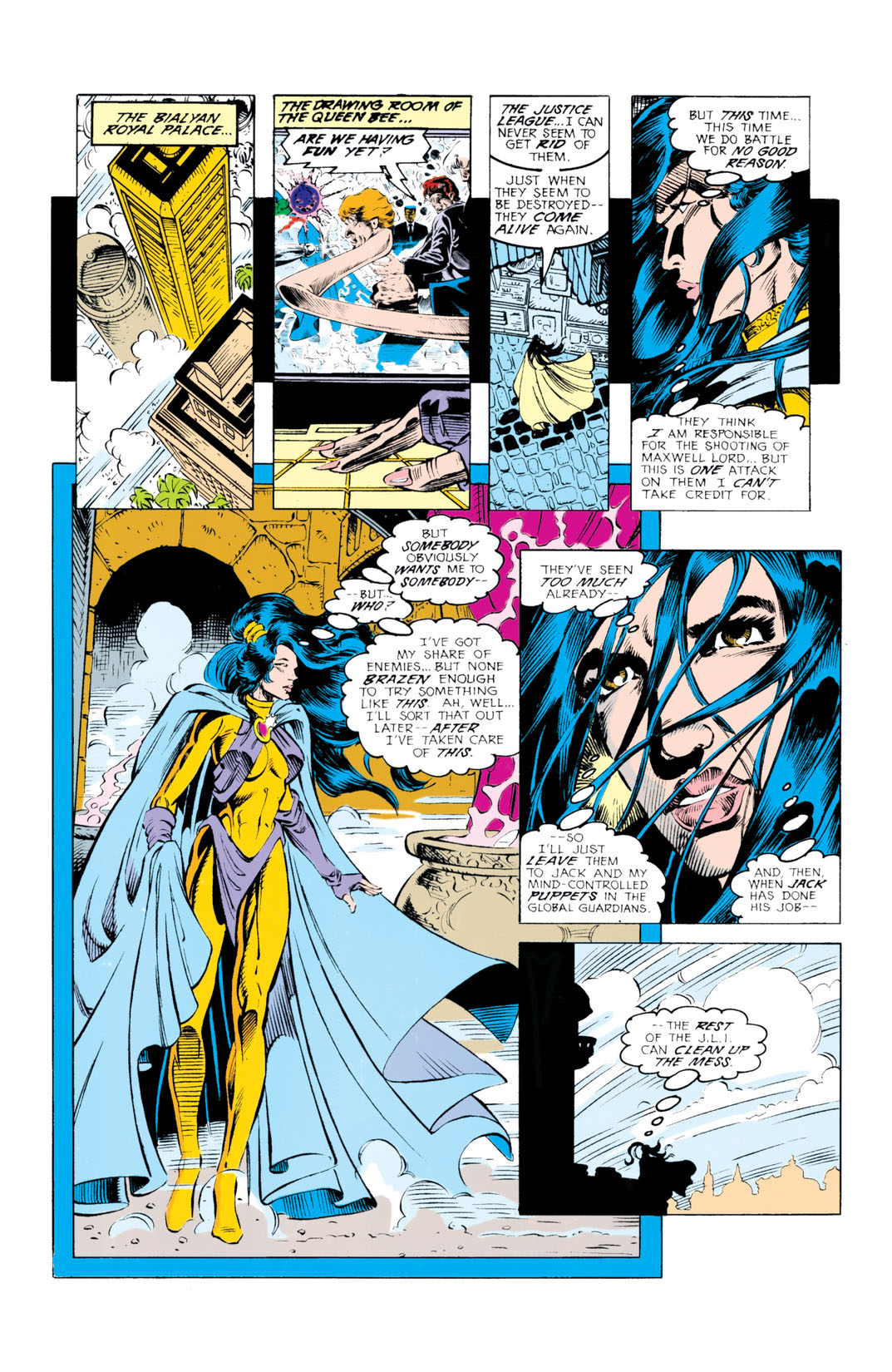 Part 5 of the 15-part “Breakdowns” story, continued from JUSTICE LEAGUE EUROPE (1989) #30. Not only do Fire and Ice become involved in the War of the Gods, but Captain Atom, Crimson Fox, Blue Beetle and the Elongated Man fight the Global Guardians, a battle in which someone dies…and the identity of the new Justice League liaison is revealed. Continues in JUSTICE LEAGUE EUROPE (1989) #31.