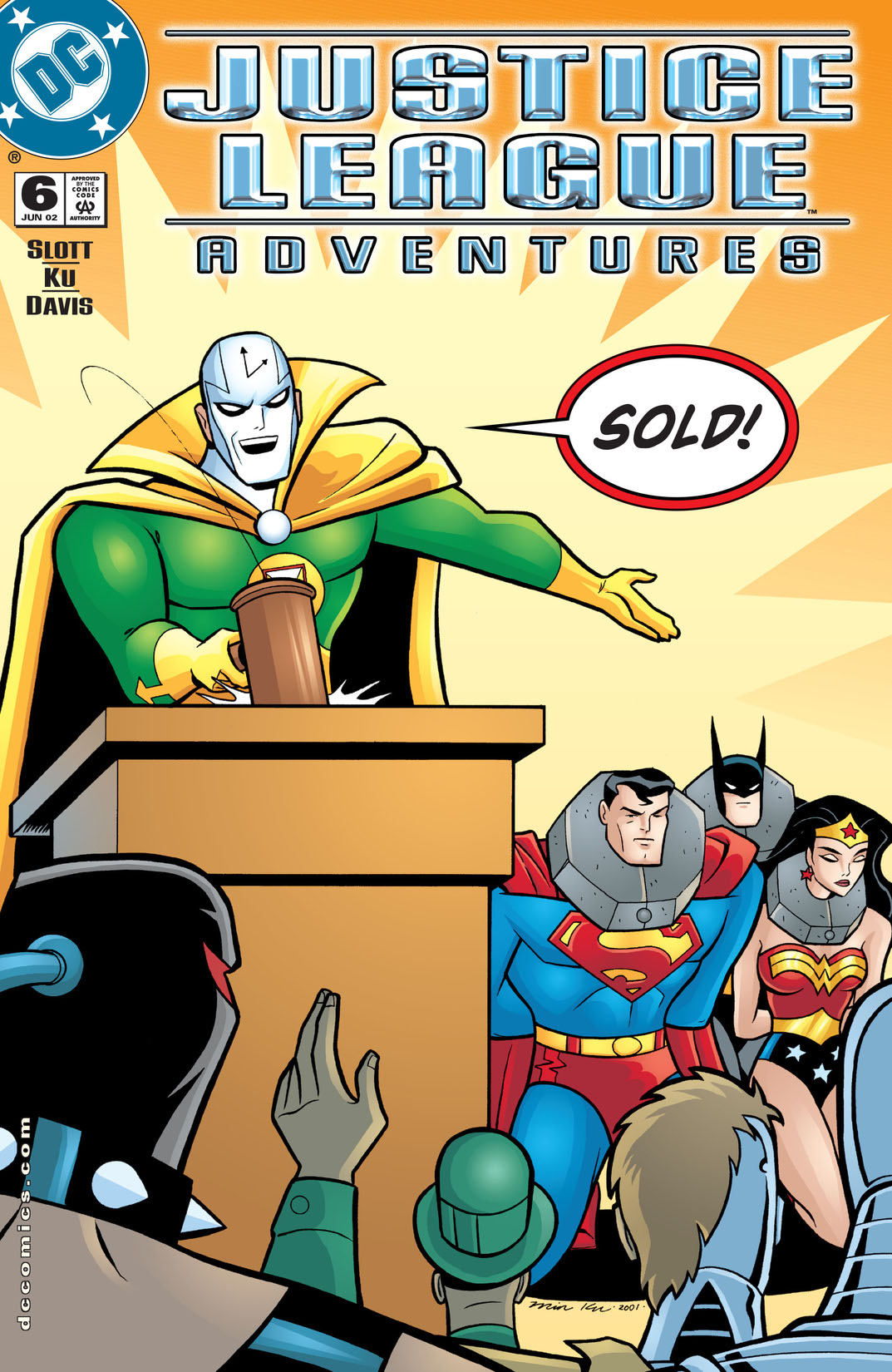 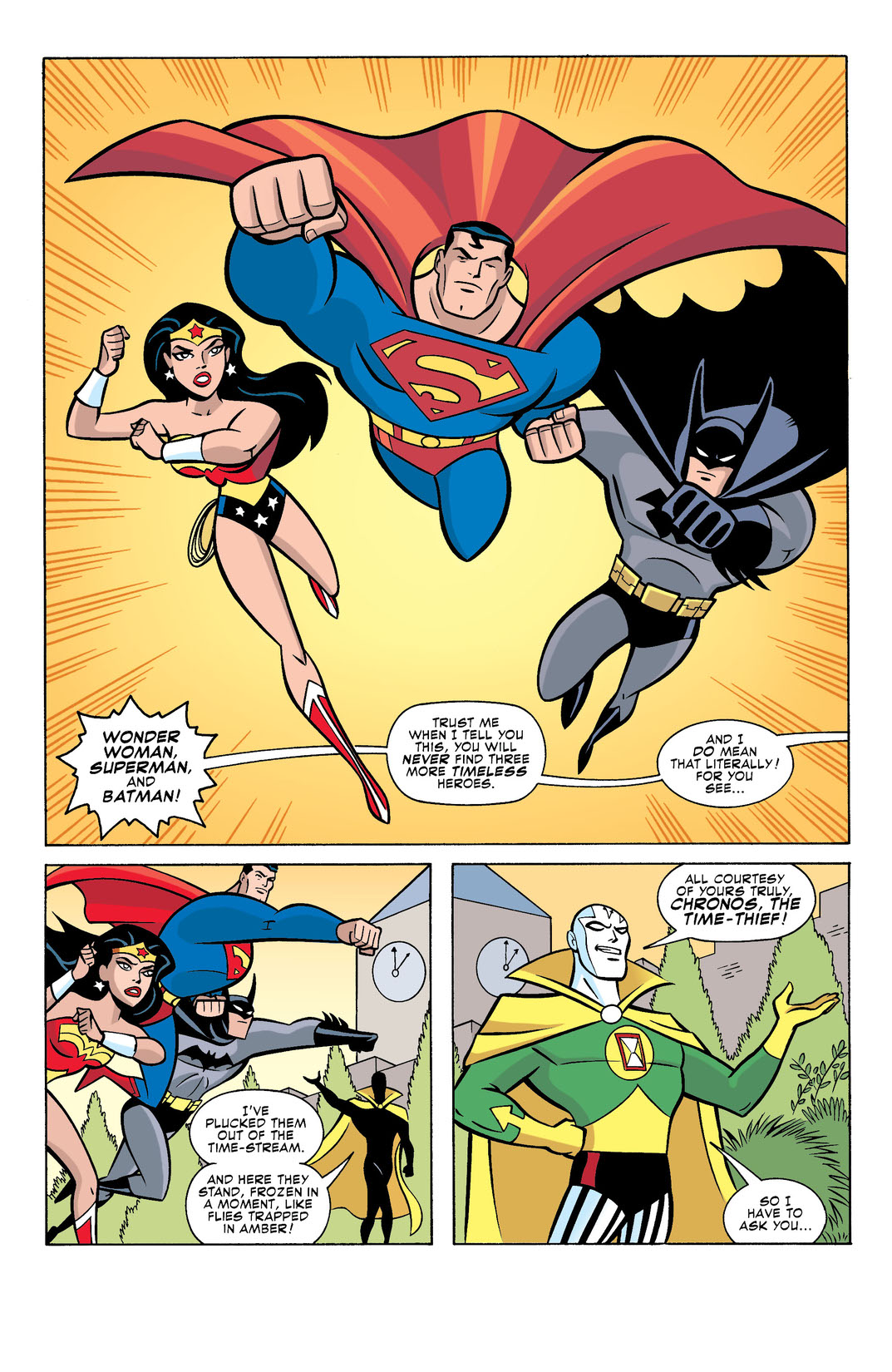 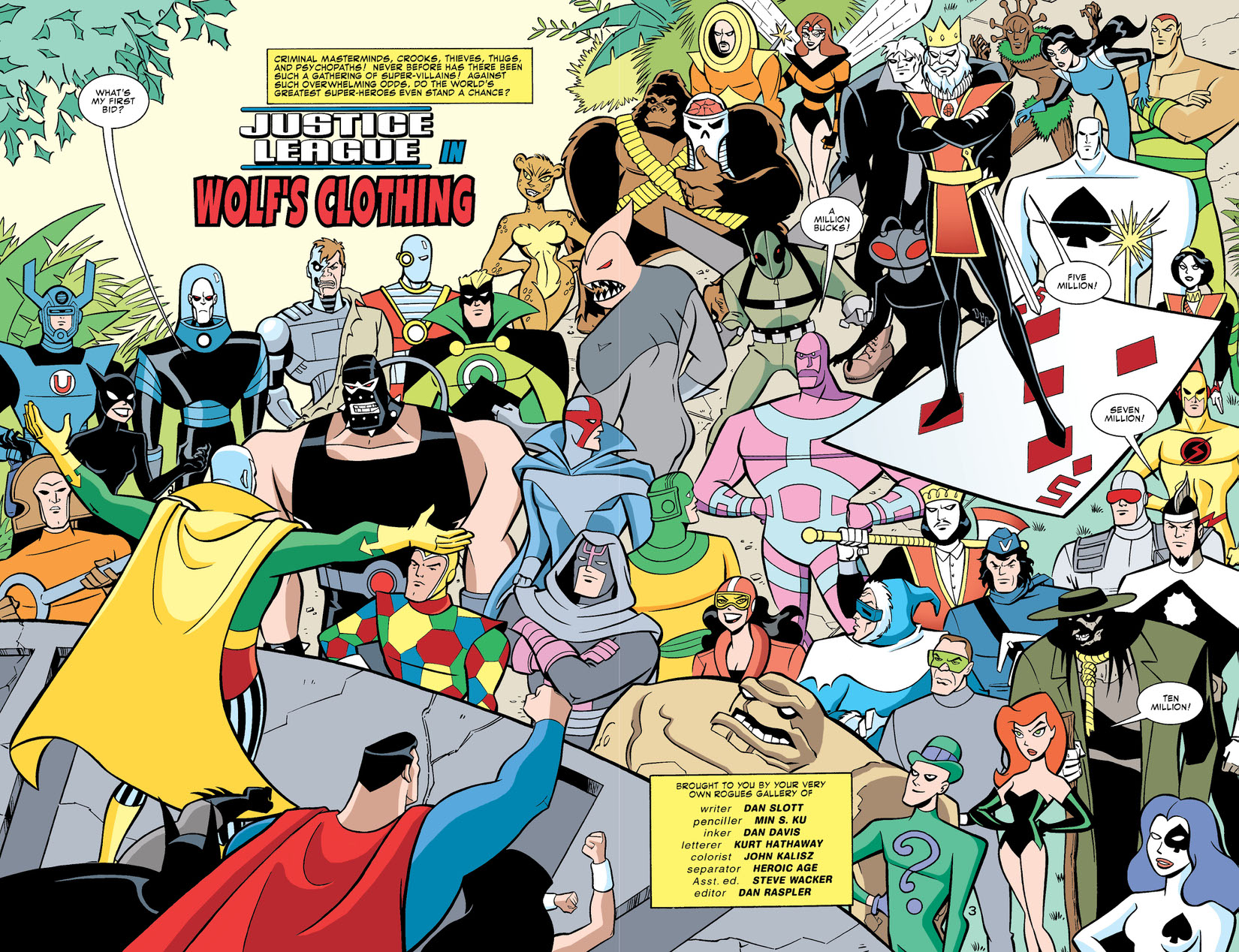 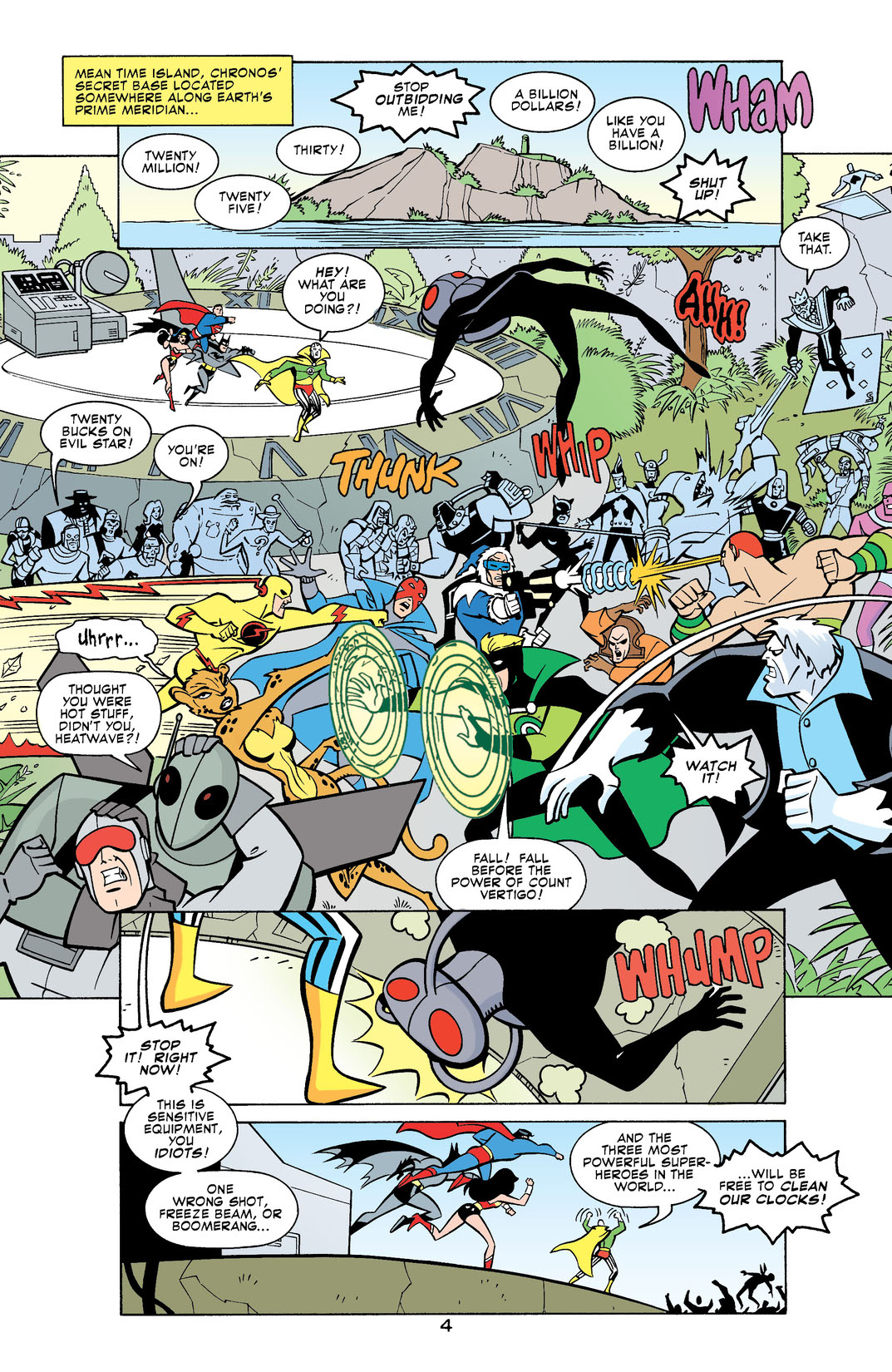 If you have ever wanted to own the World’s Greatest Super Heroes, now’s your chance! Chronos, the Time Thief, has captured the members of the Justice League and is auctioning them off to the highest villainous bidder! Can the Justice League find a way out before they’re going, going, gone?