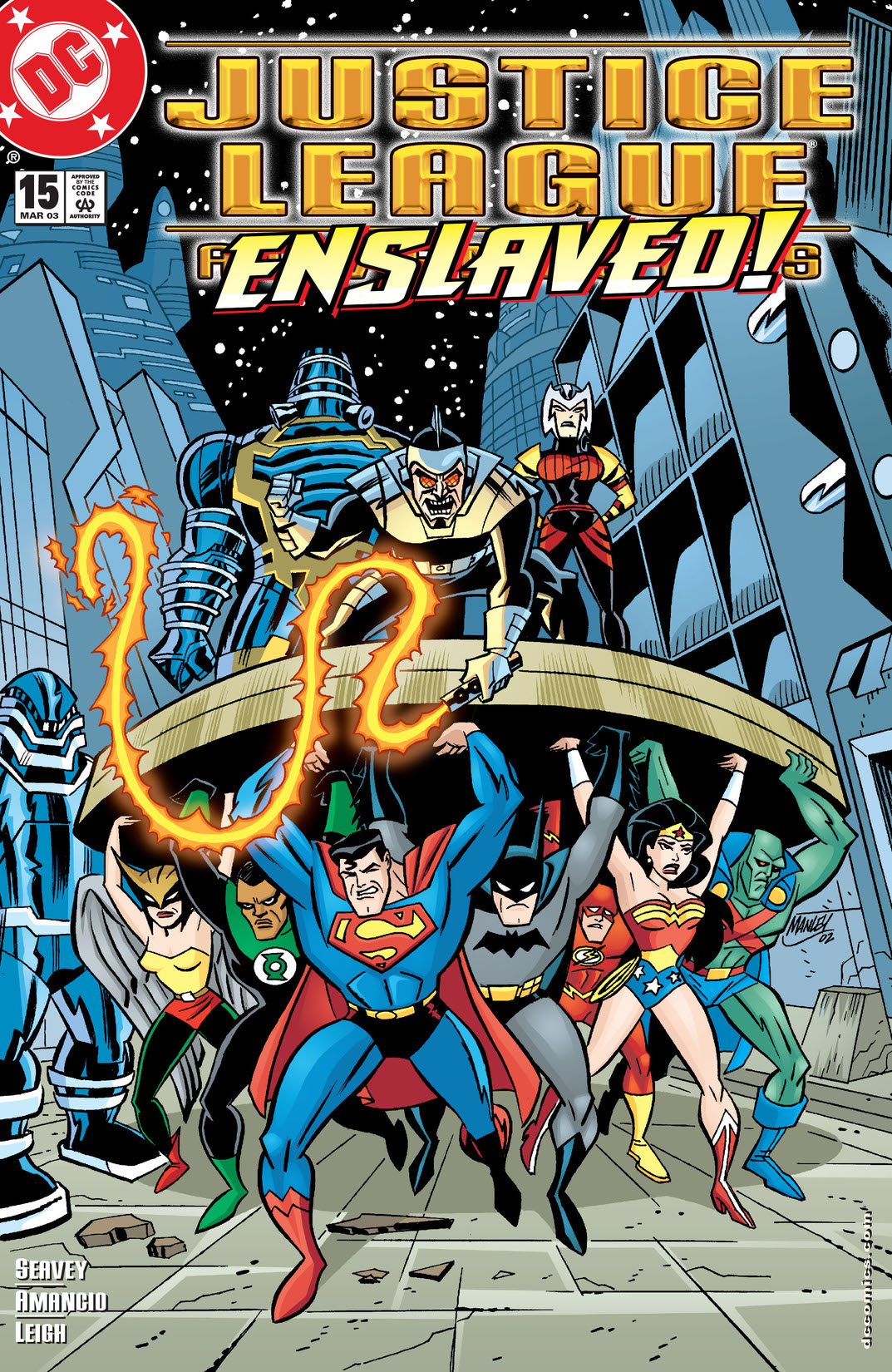 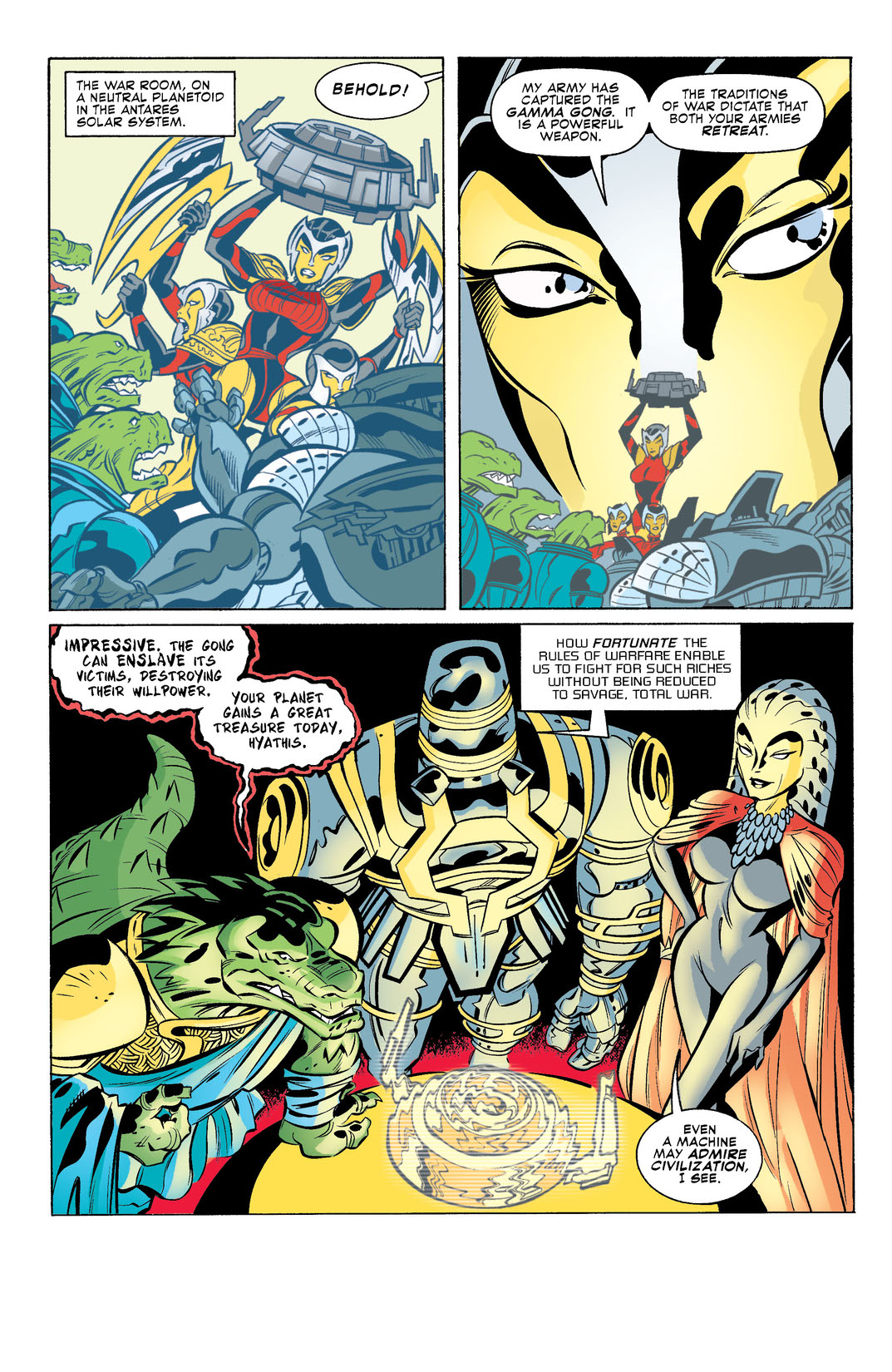 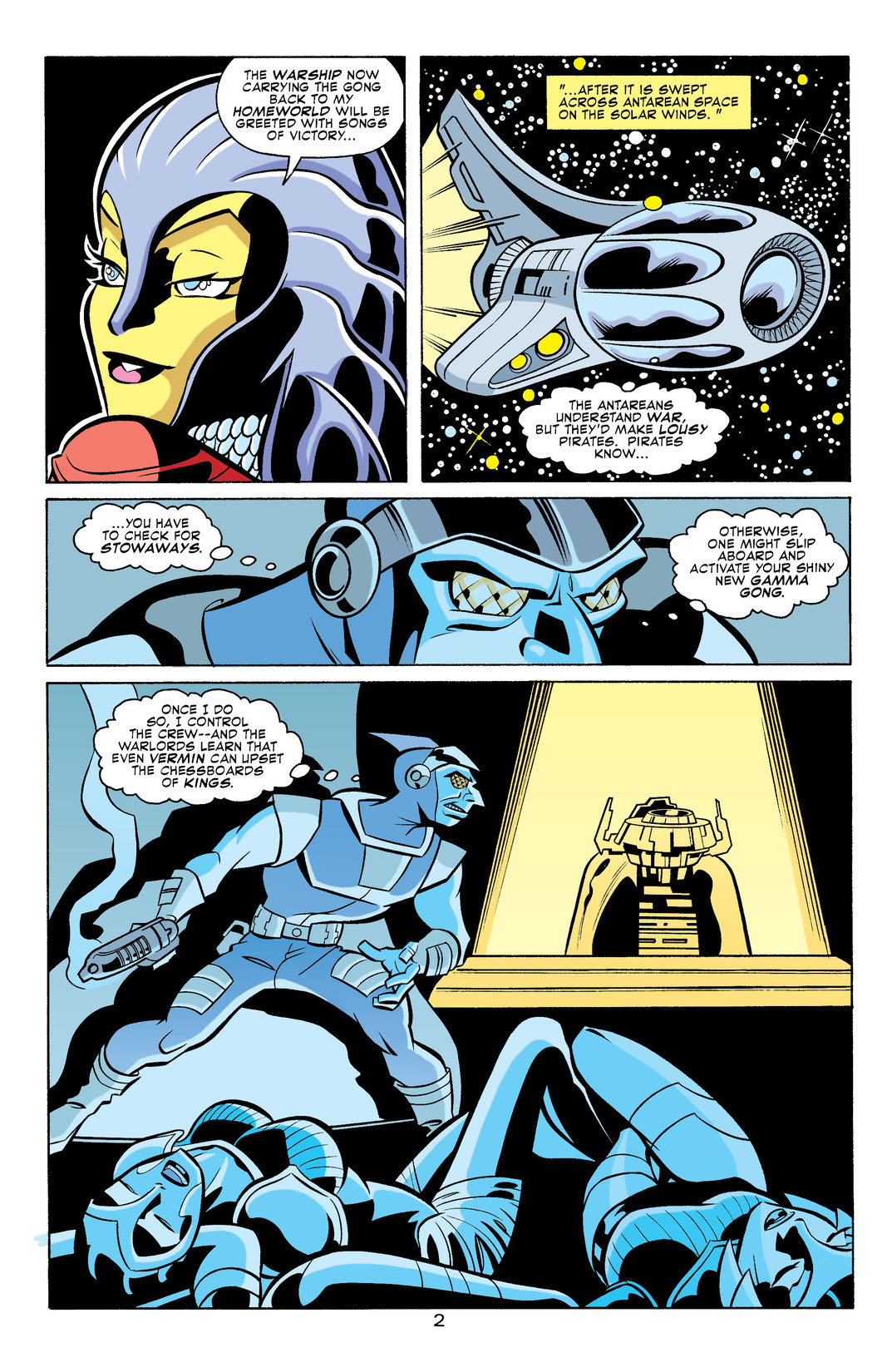 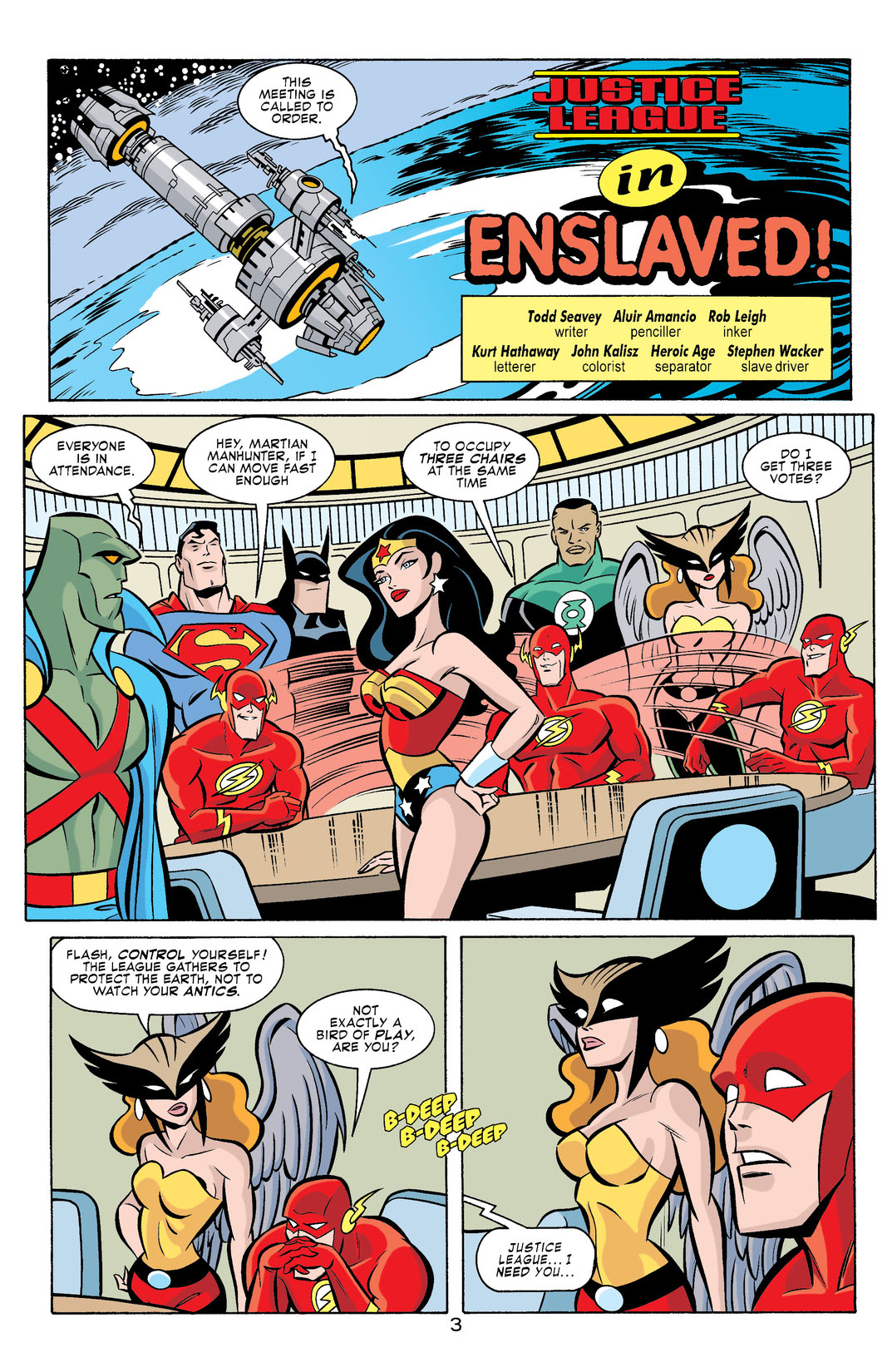 Still reeling from his last defeat at the hands of the League, space pirate Kanjar Ro (from the two-part animated episode “In Blackest Night”) returns to collect some of the deadliest weapons in the galaxy...weapons he’s used to turn the World’s Greatest Super Heroes into the world’s most powerful slaves!