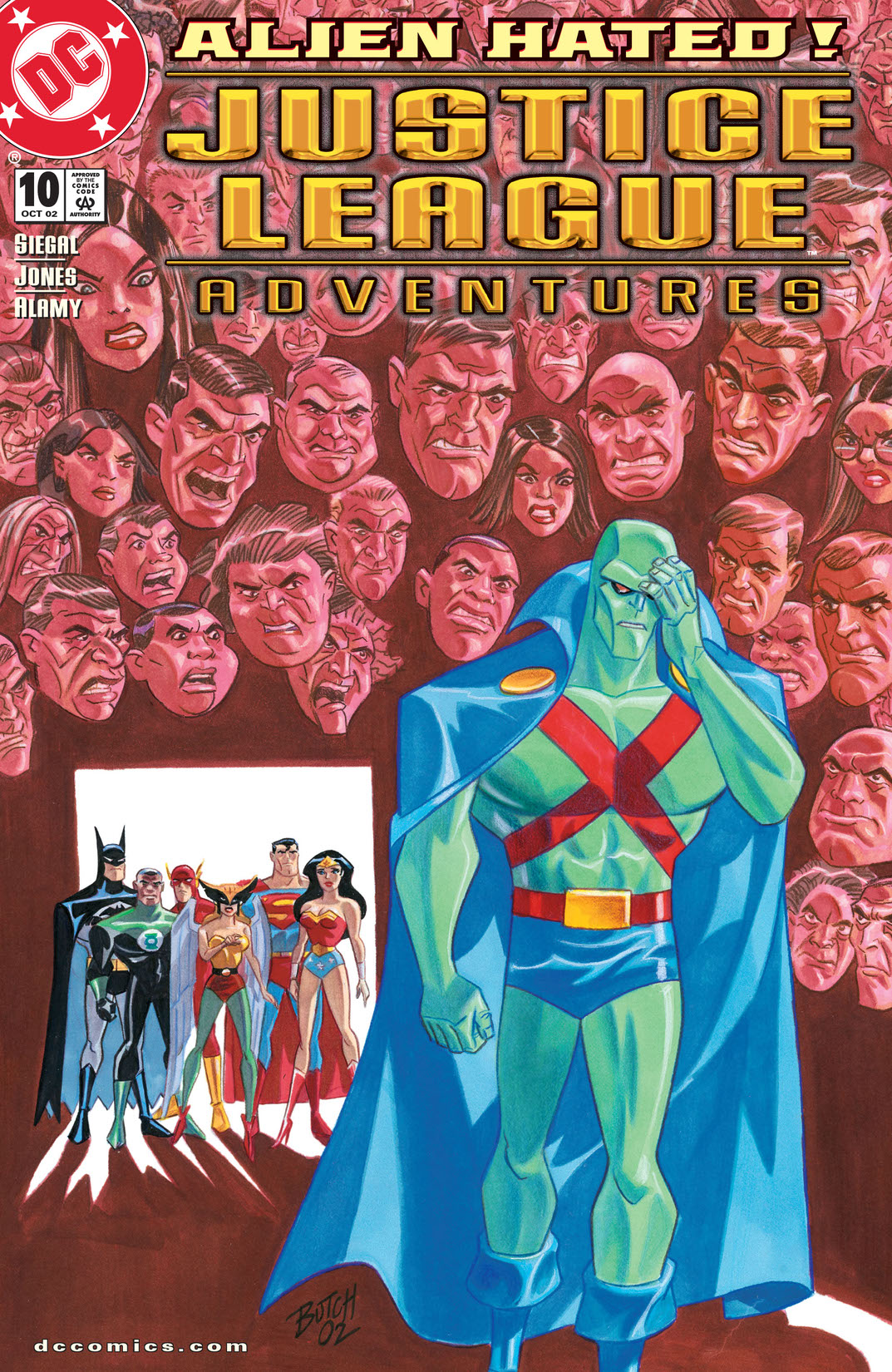 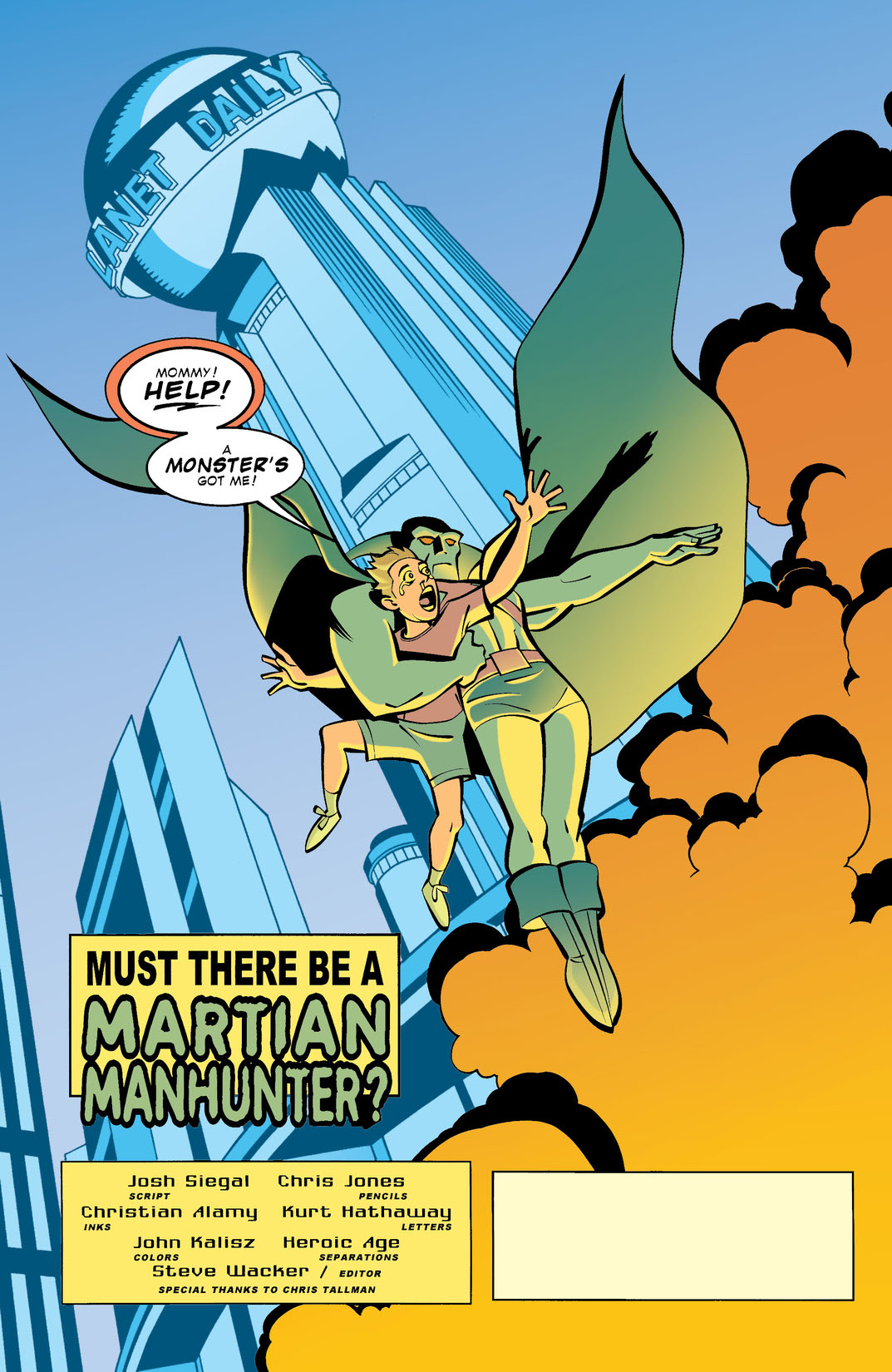 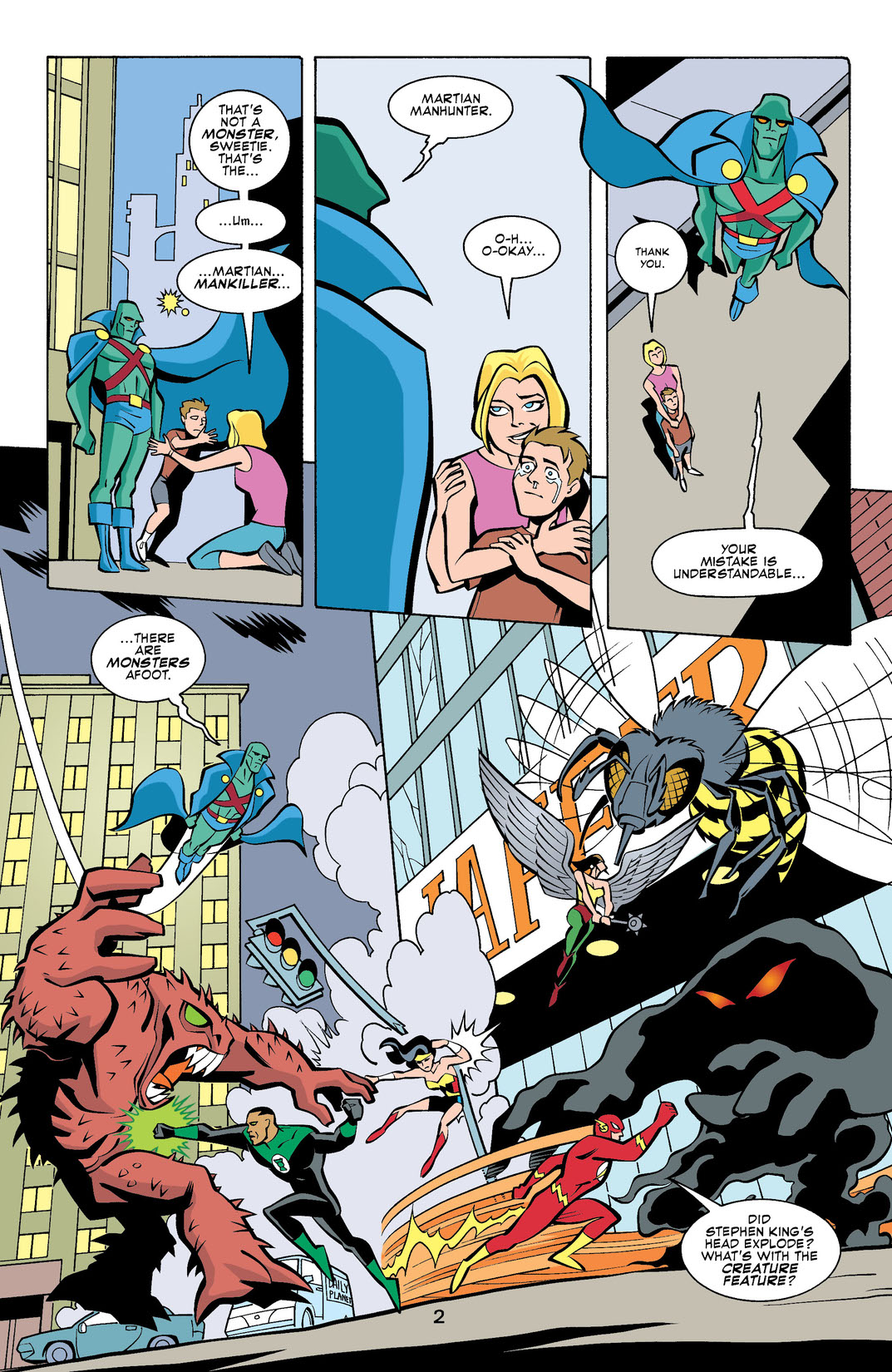 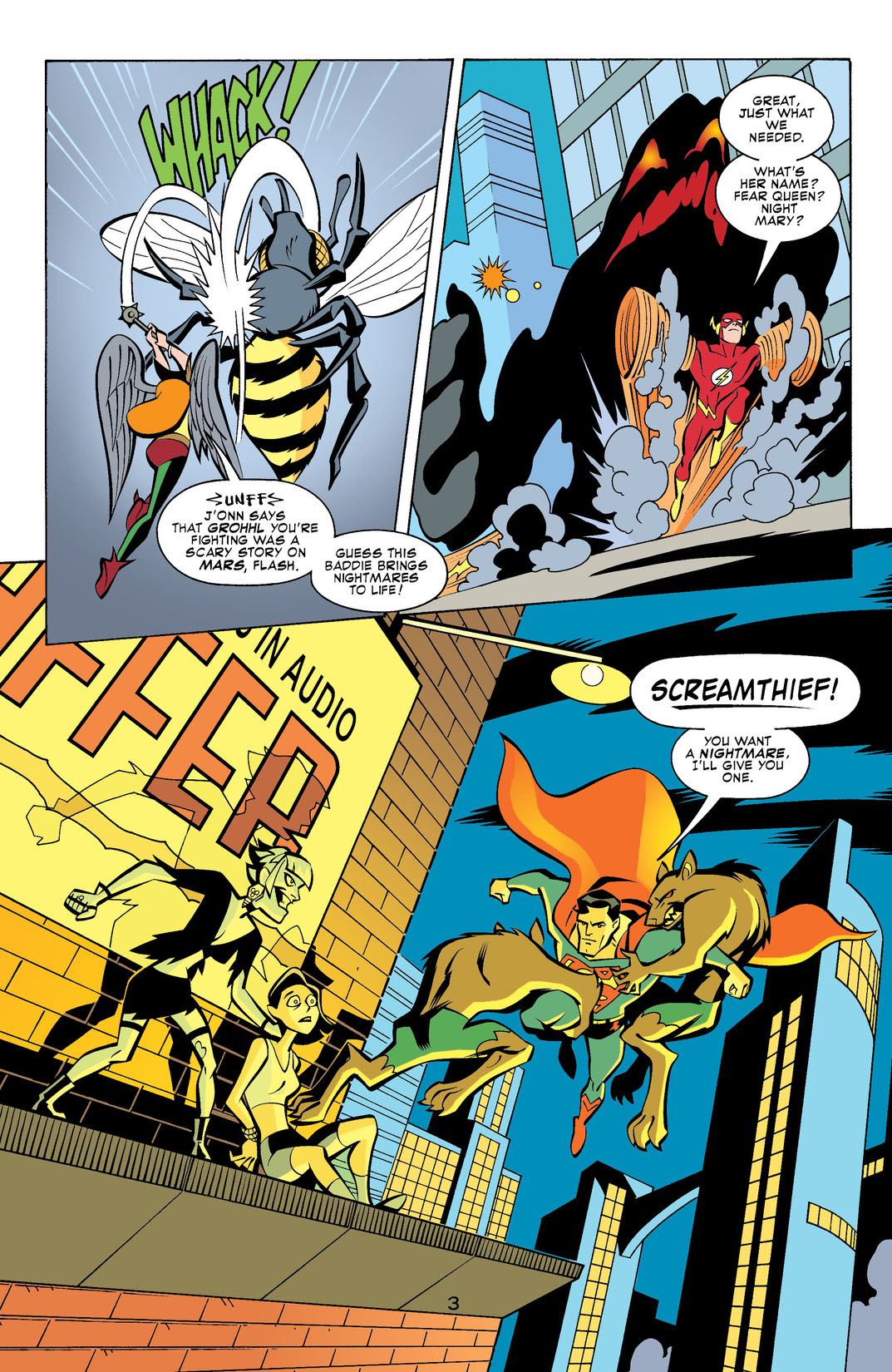 As the Cartoon Network prepares its second smash season of Justice League, the animated comic book adventures of the World’s Greatest Super Heroes continue! In this tale by Josh Siegal, former writer for the cult television series The Upright Citizens Brigade, Superman is taken down in battle, and the Martian Manhunter must replace him as a hero to millions. But does the shy, reserved alien have what it takes to inspire all of humanity?