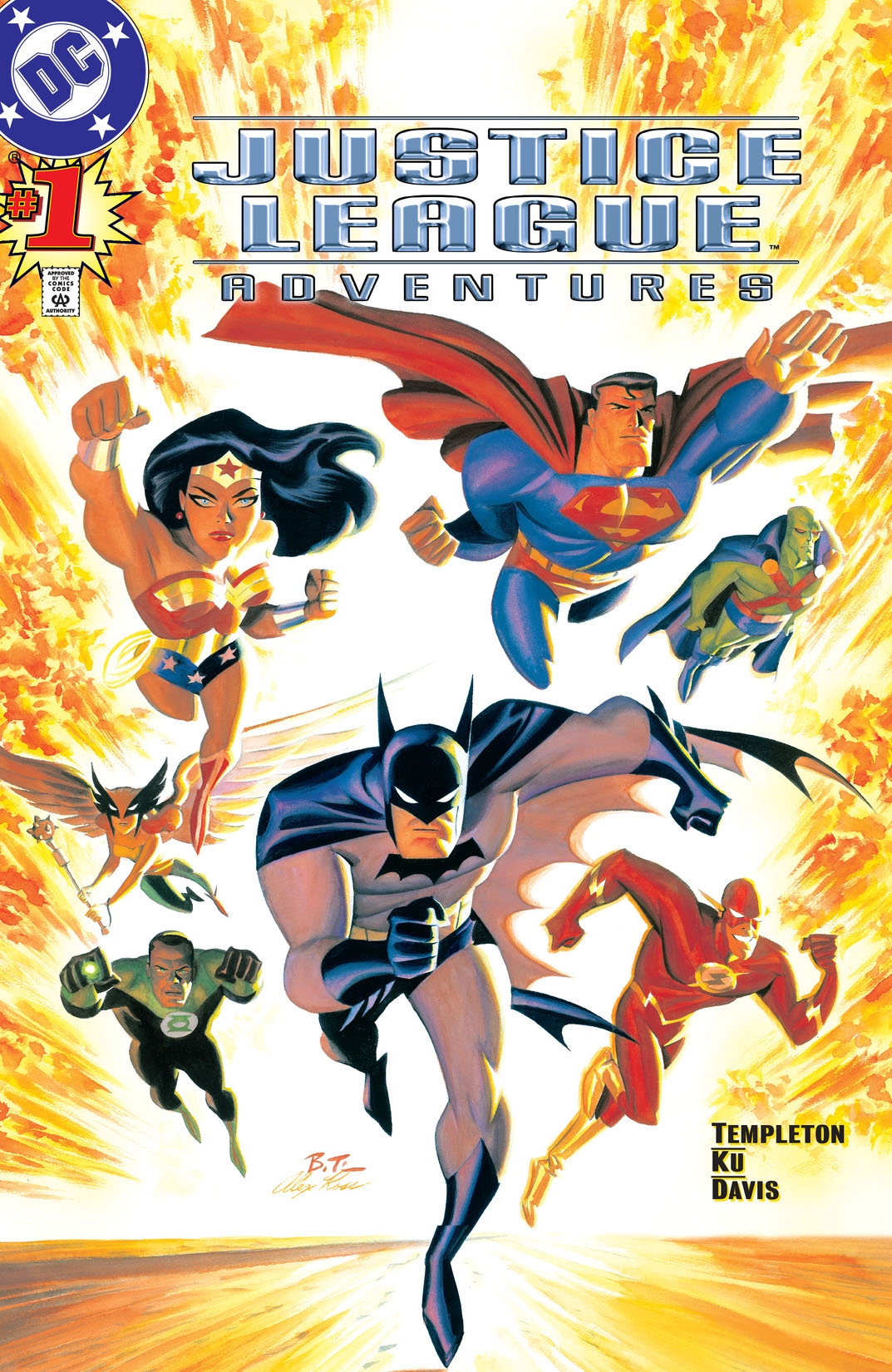 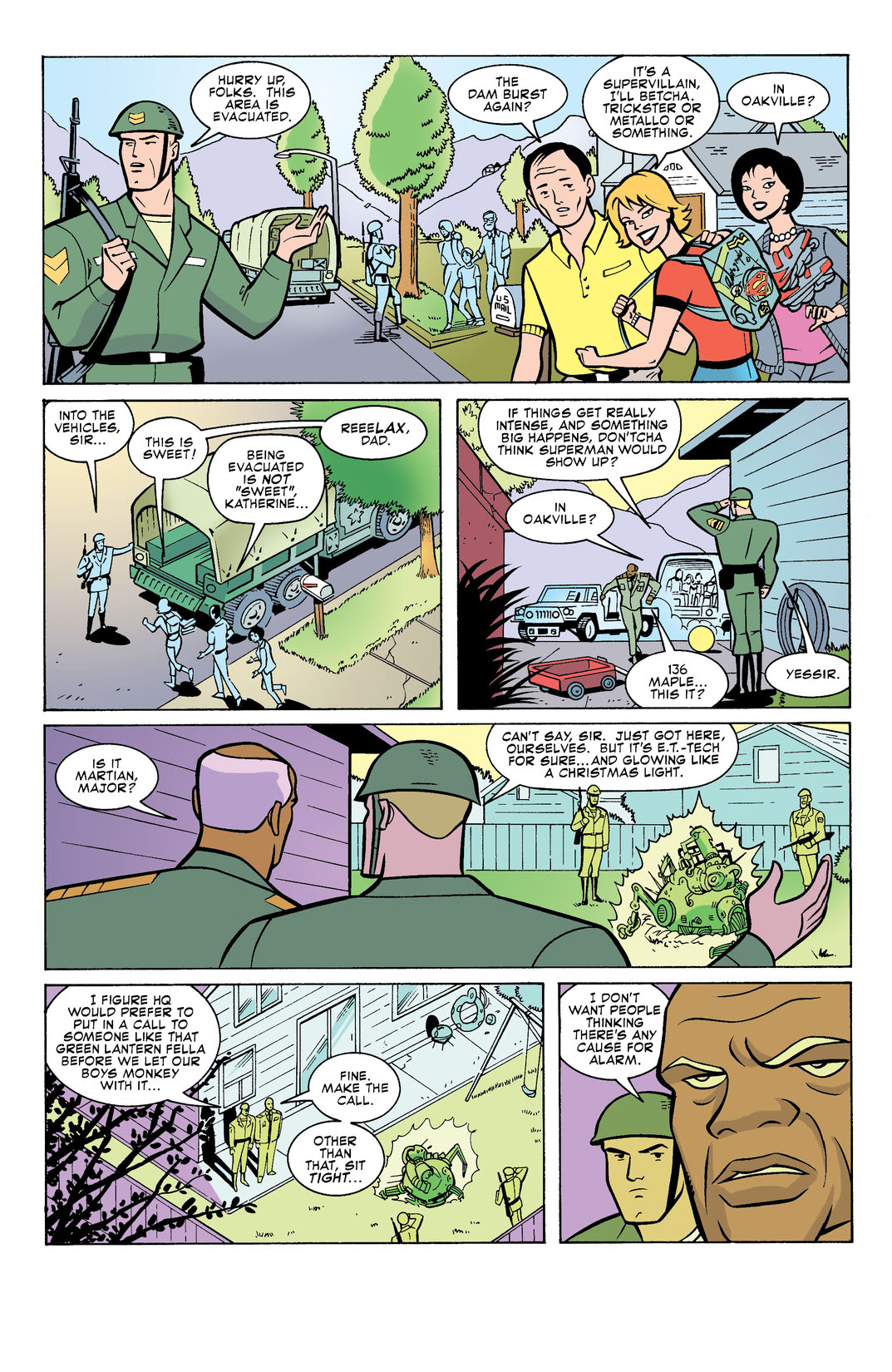 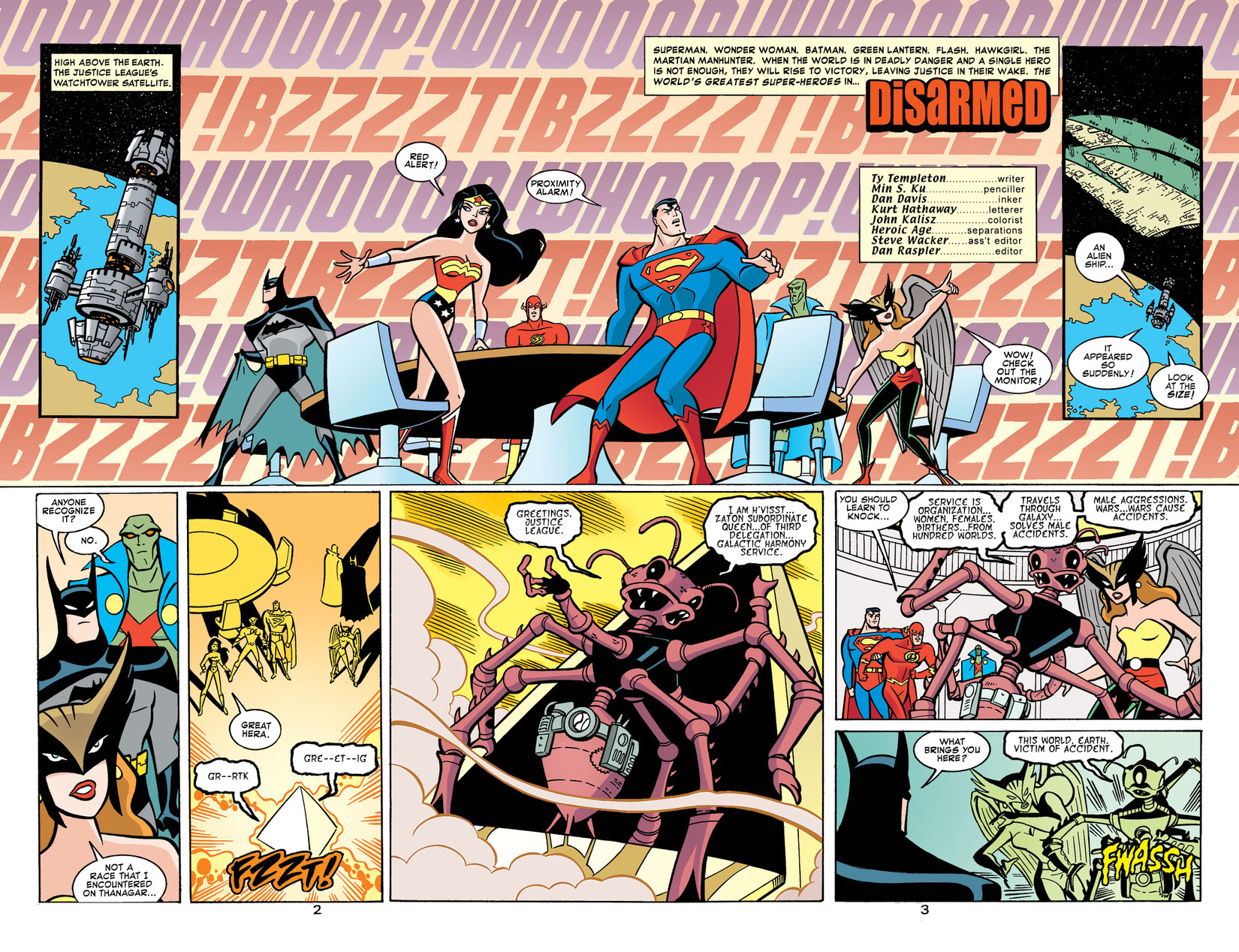 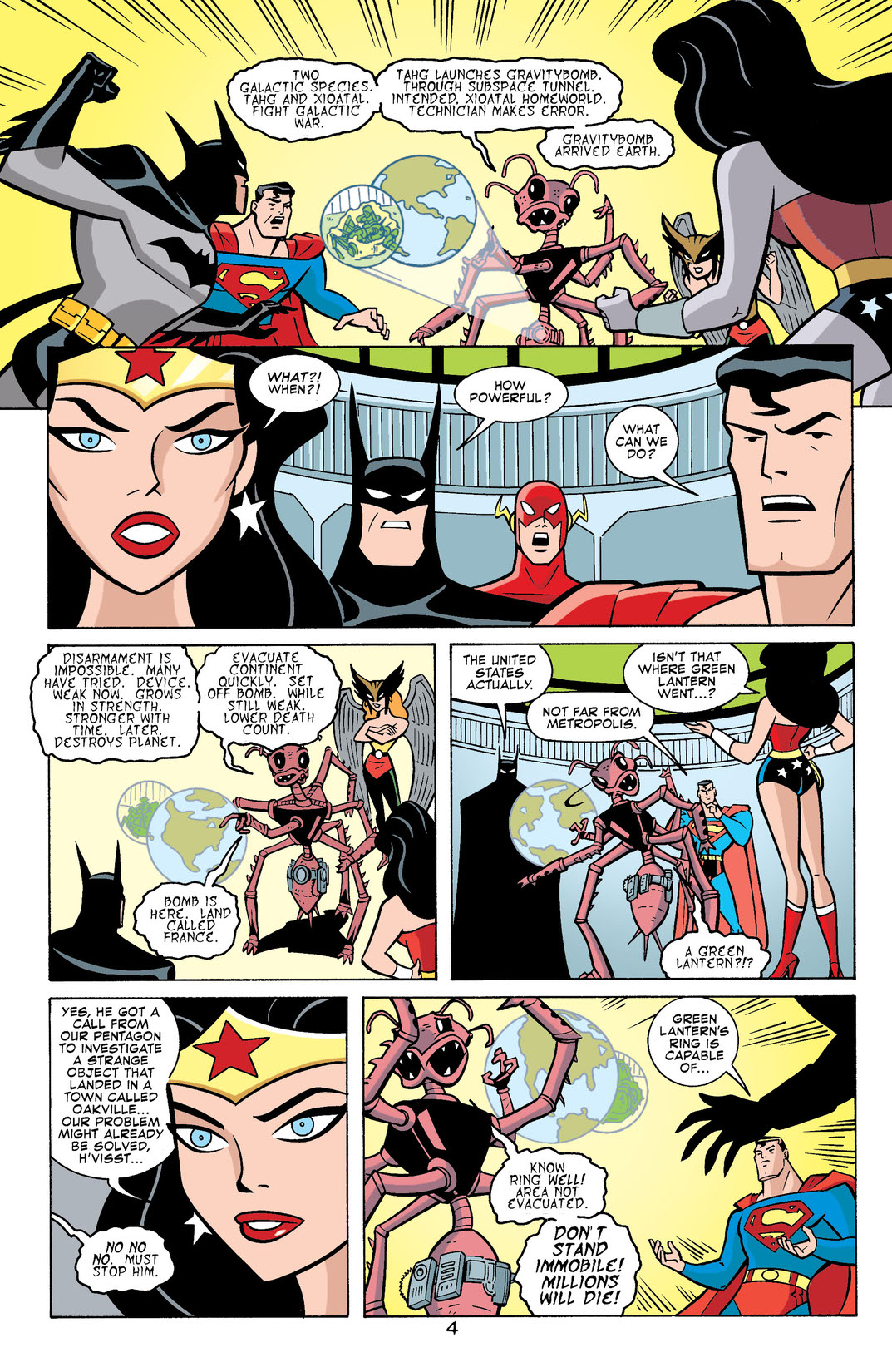 A new ongoing series based on the Justice League animated show on Cartoon Network begins! When a meteor lands in an American suburb, the League is called on to investigate. Soon they are drawn into an intergalactic conflict, but it seems as if the real threat may be one of their own...Green Lantern!