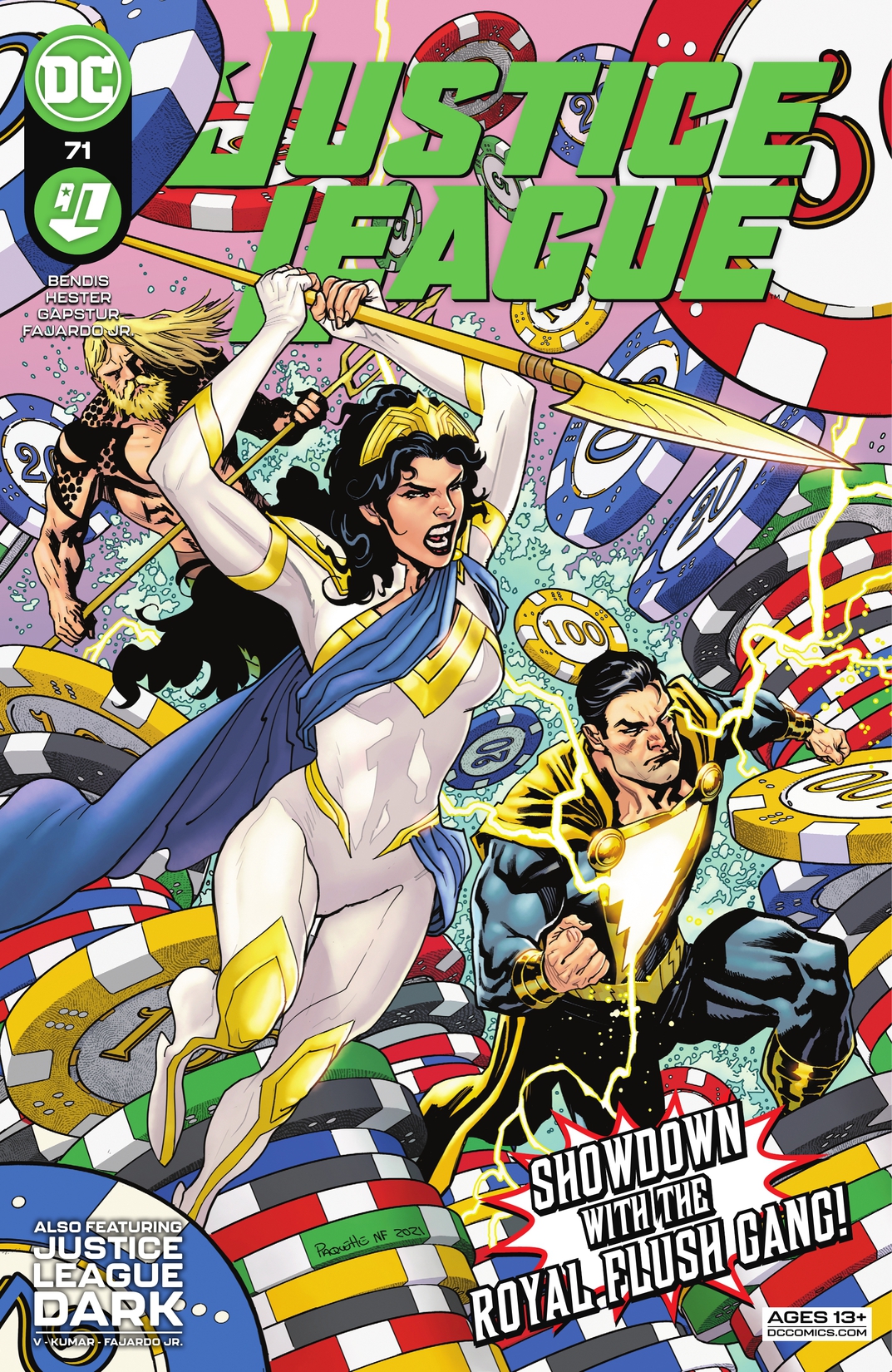 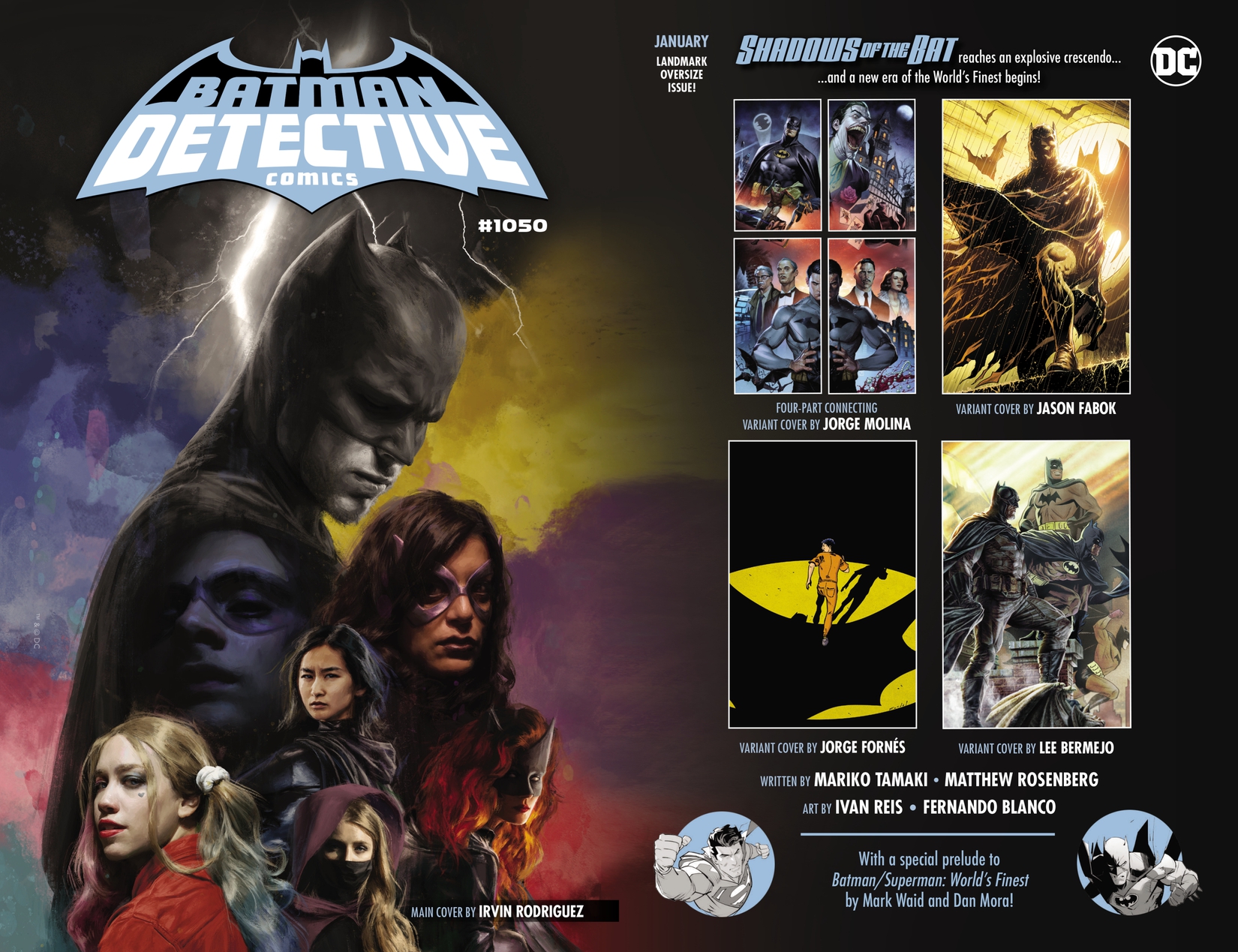 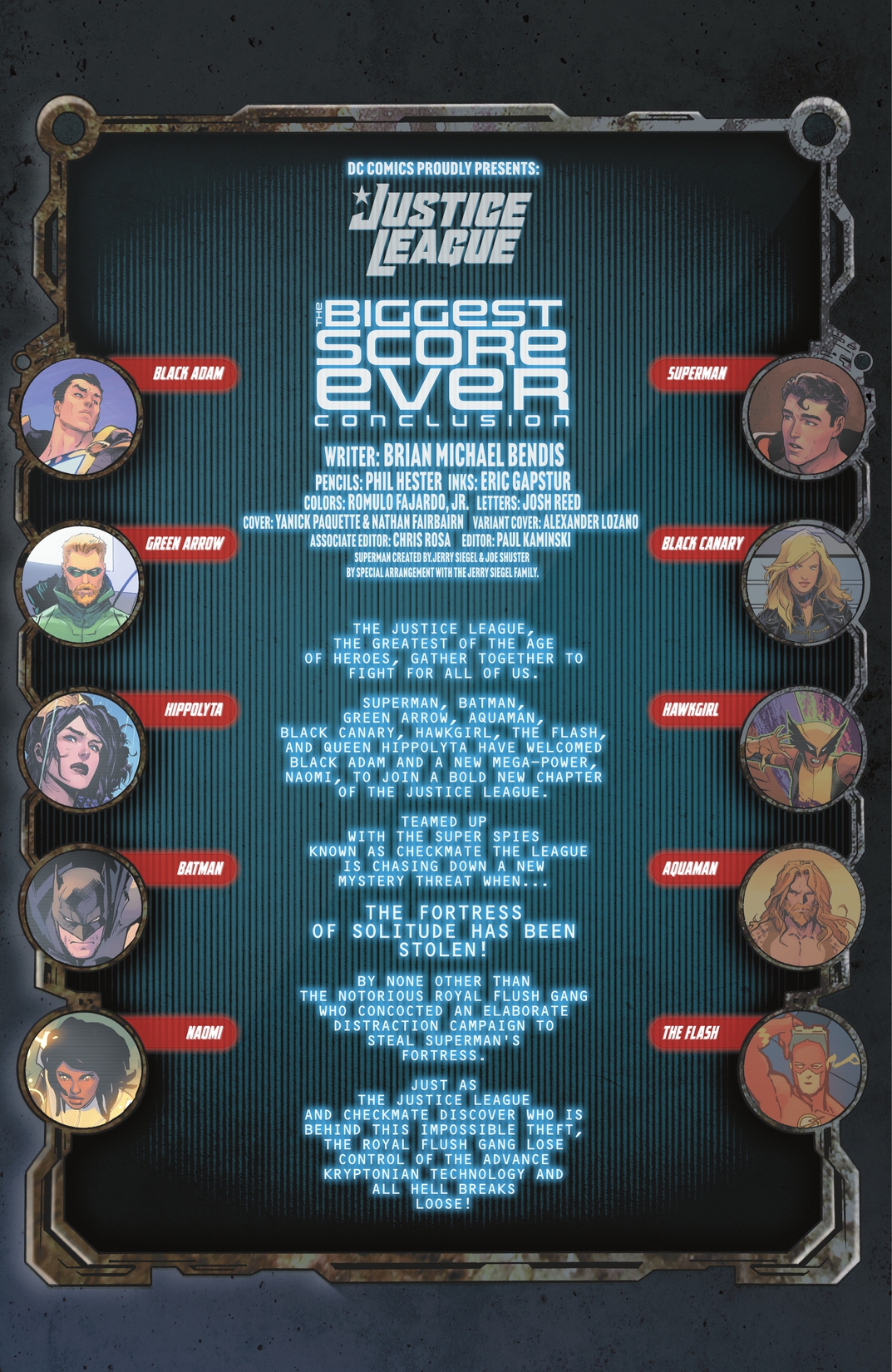 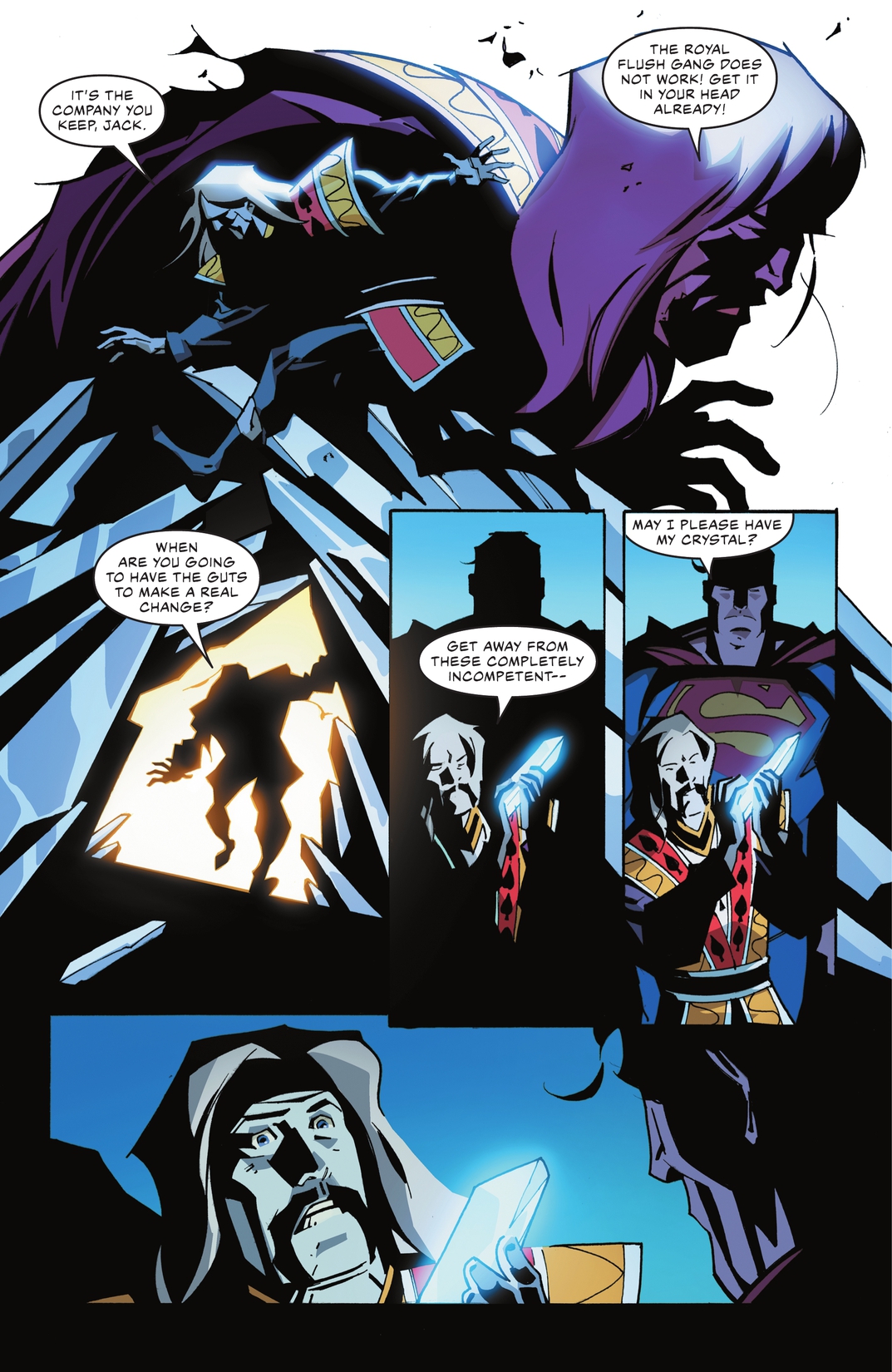 The Royal Flush Gang hatched one of the most elaborate plans in the history of the DC Universe, and now we know that all of it was a prelude to the crime of this and maybe even the next century. How does it connect to the trial of Black Adam? When all seems lost, hope can still be found! With Wonder Woman now by their side, the Justice League Dark have survived to fight another day. Merlin is only getting started-can the team still prove they have the magic within to defeat the medieval mage?