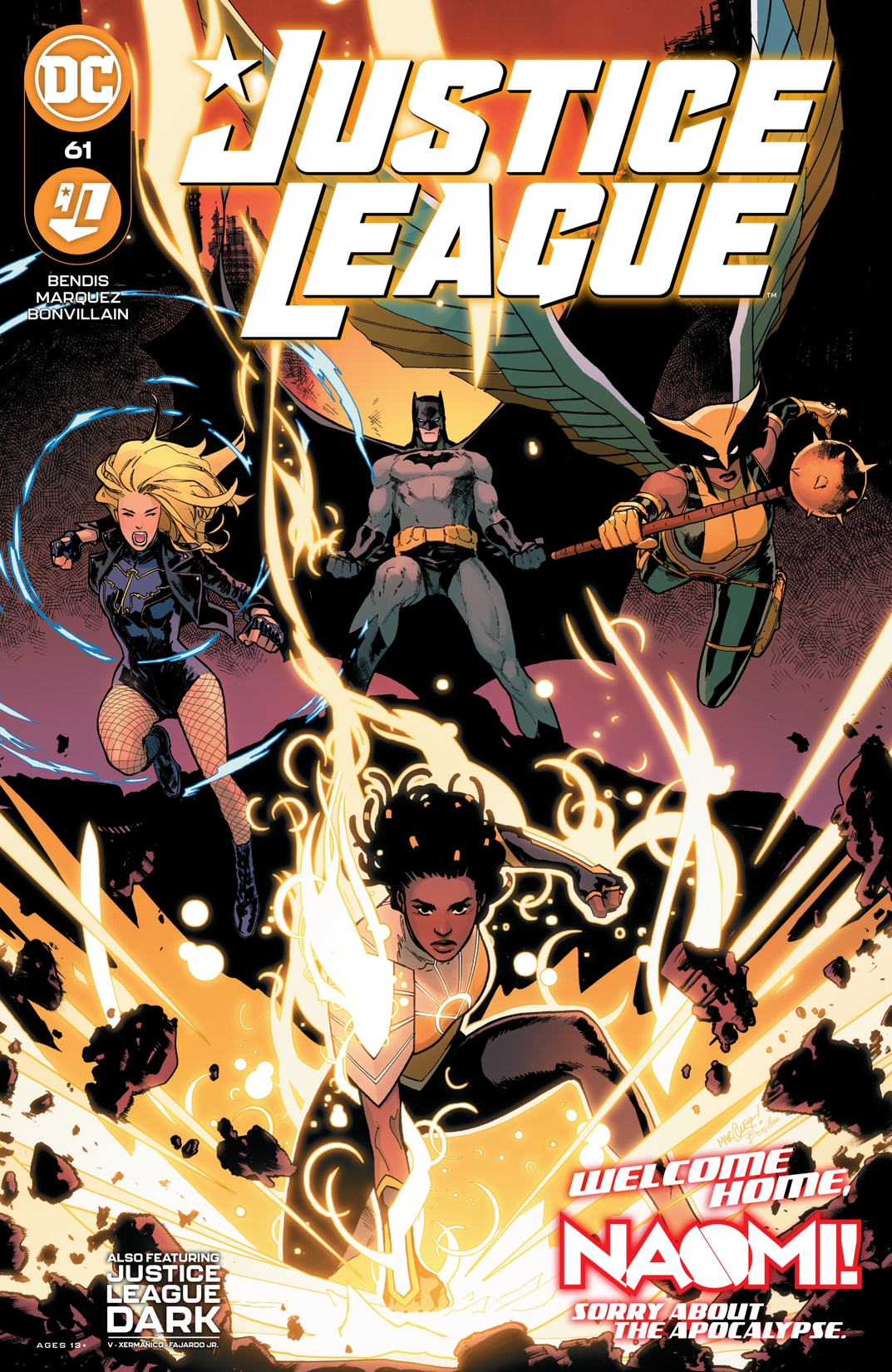 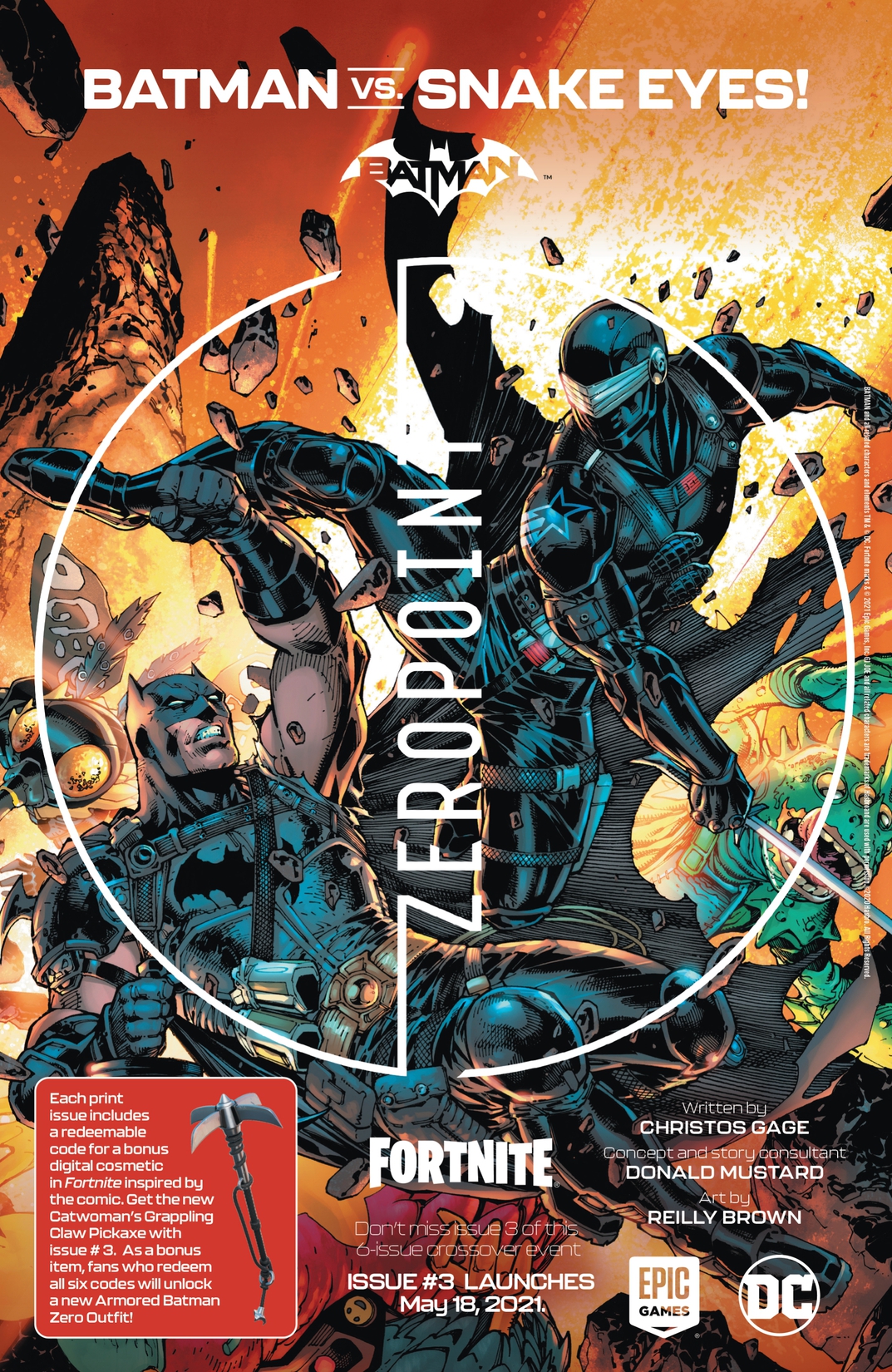 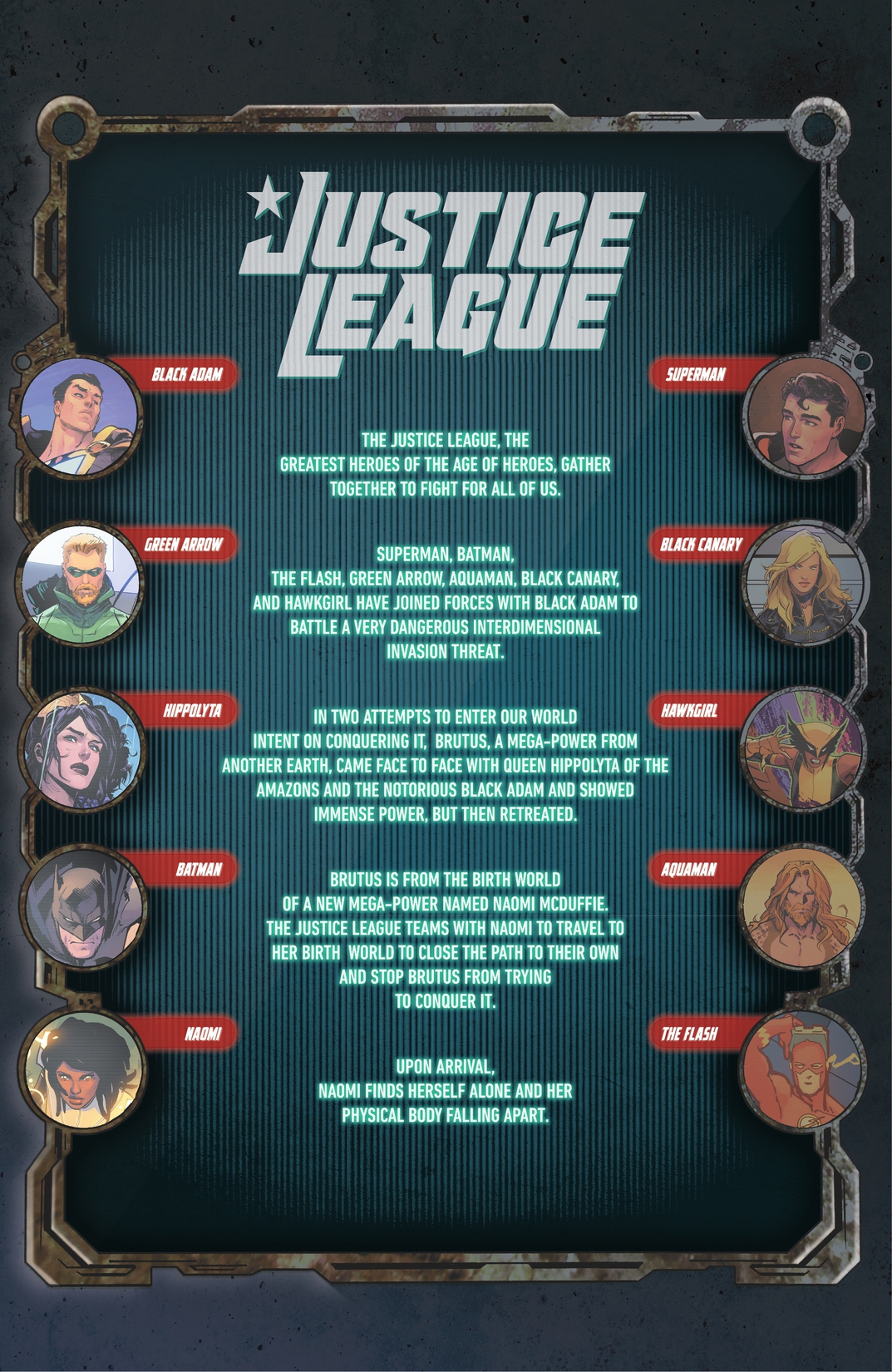 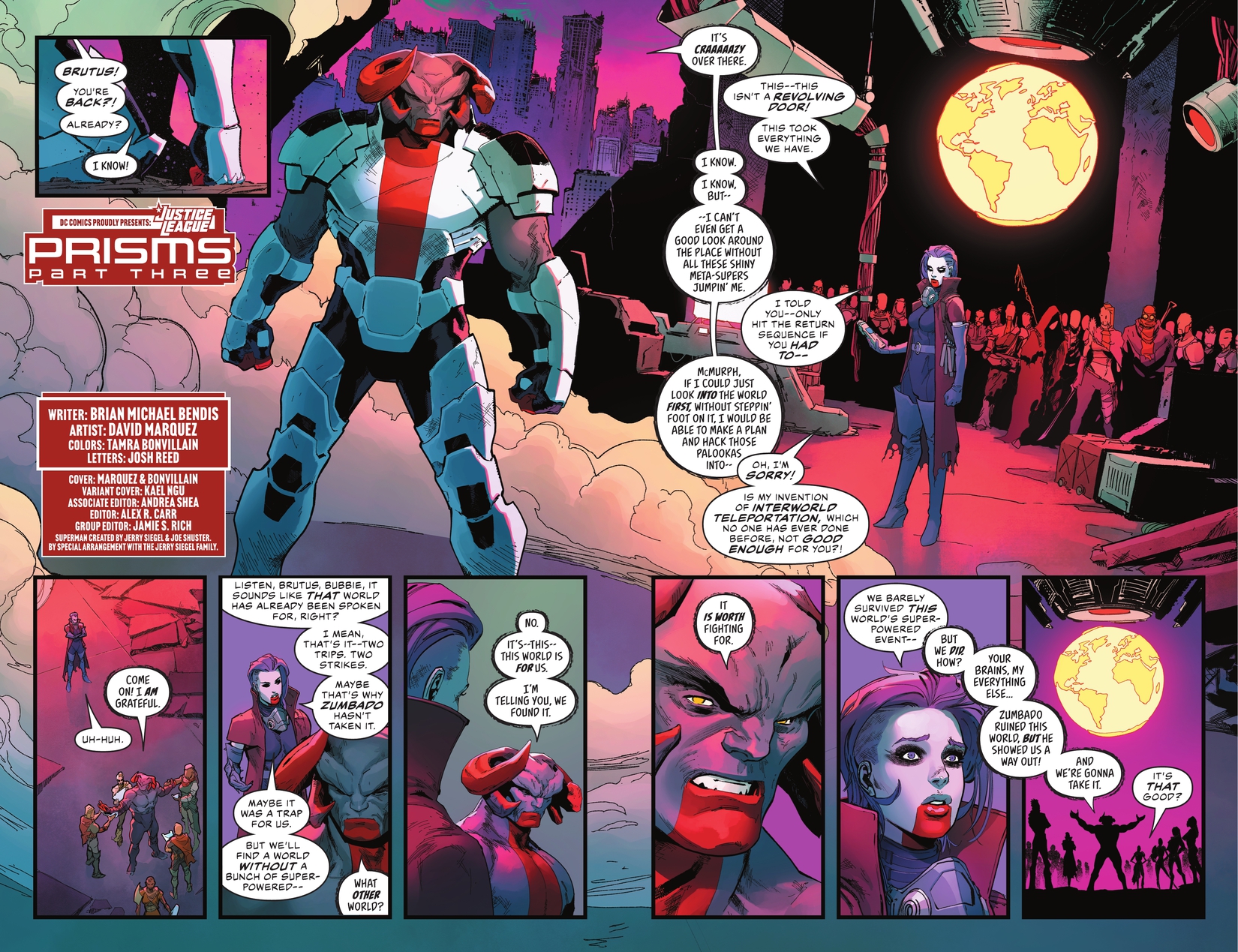 The new Justice League is trapped on a world devastated by a super-powered war, and Brutus hungers for a new home of his own-our Earth! With their powers gone haywire, the League must fight their way out of a post apocalyptic Thunderdome of depravity and desperation. On the run with Batman, Naomi learns more dark secrets of her birth world’s broken legacy, while Hawkgirl and Black Canary battle through the henchmen trenches. But where are Superman and Black Adam, and what kind of trouble is Aquaman in? (Hint: it’s bad.) And in the Justice League Dark story, Ragman joins the hunt! Zatanna, Constantine, Etrigan, and Detective Chimp hit the books-literally-in a possessed library, as Merlin’s plan takes shape before them...and spells doom for the universe.