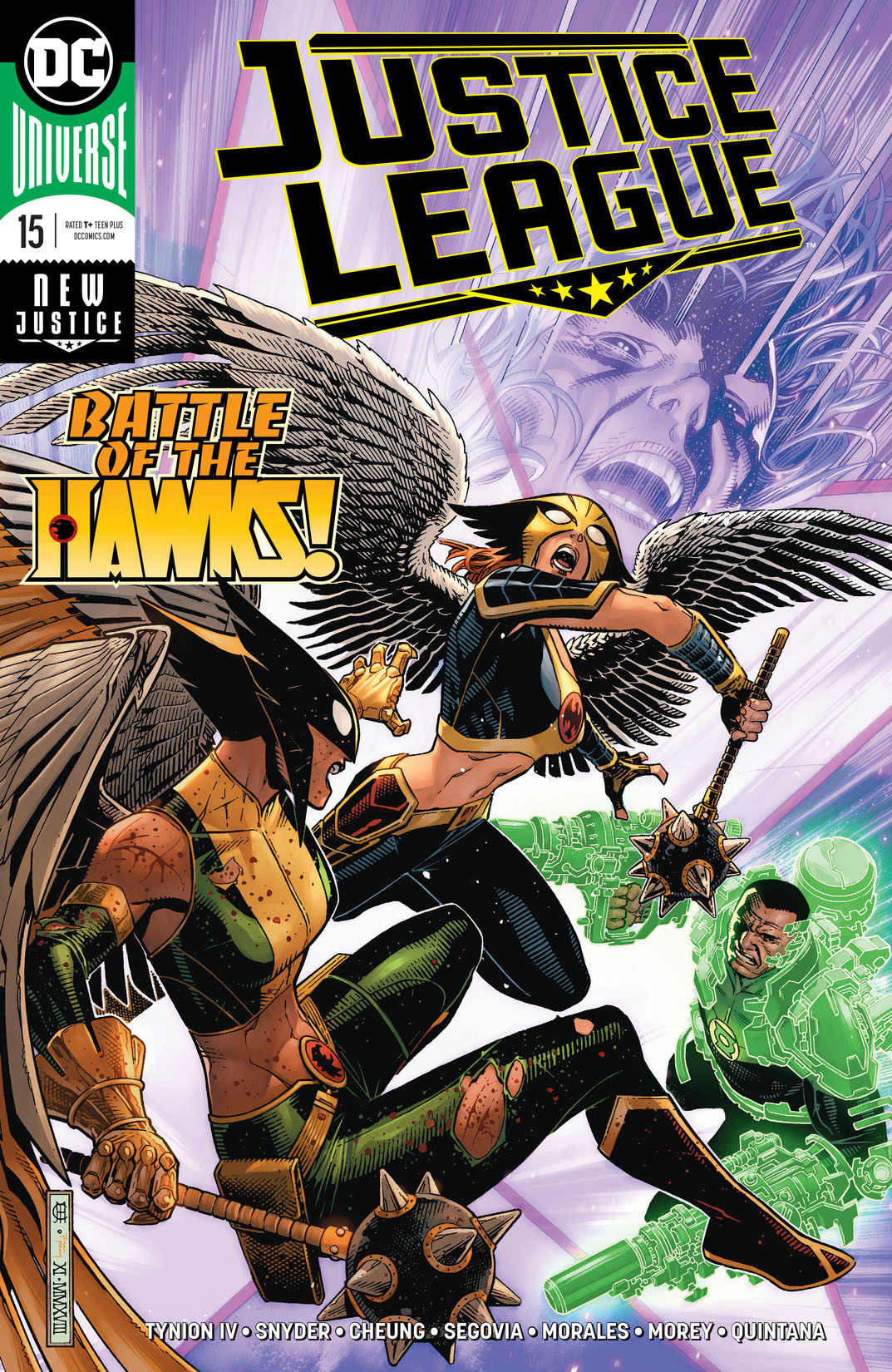 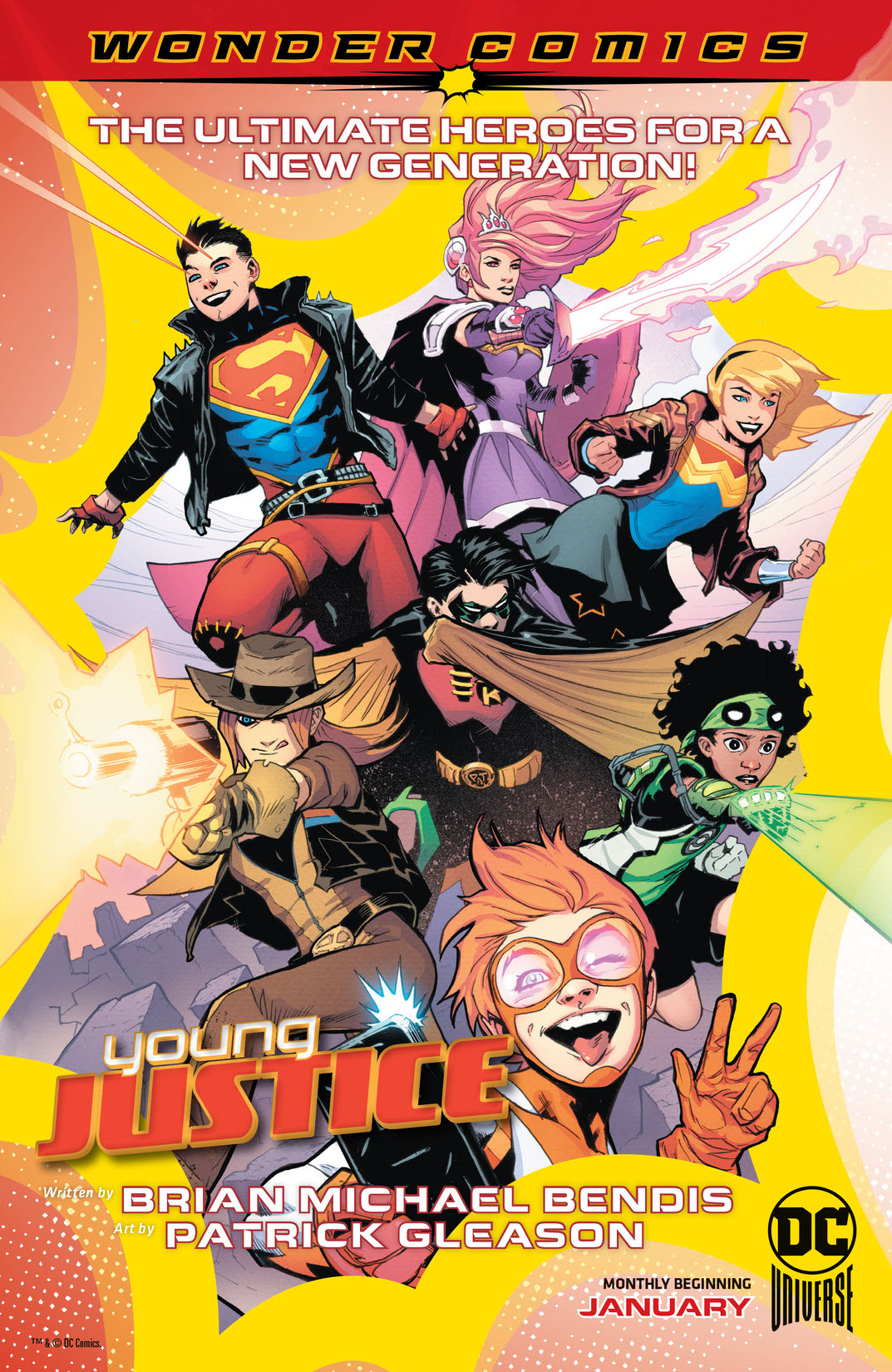 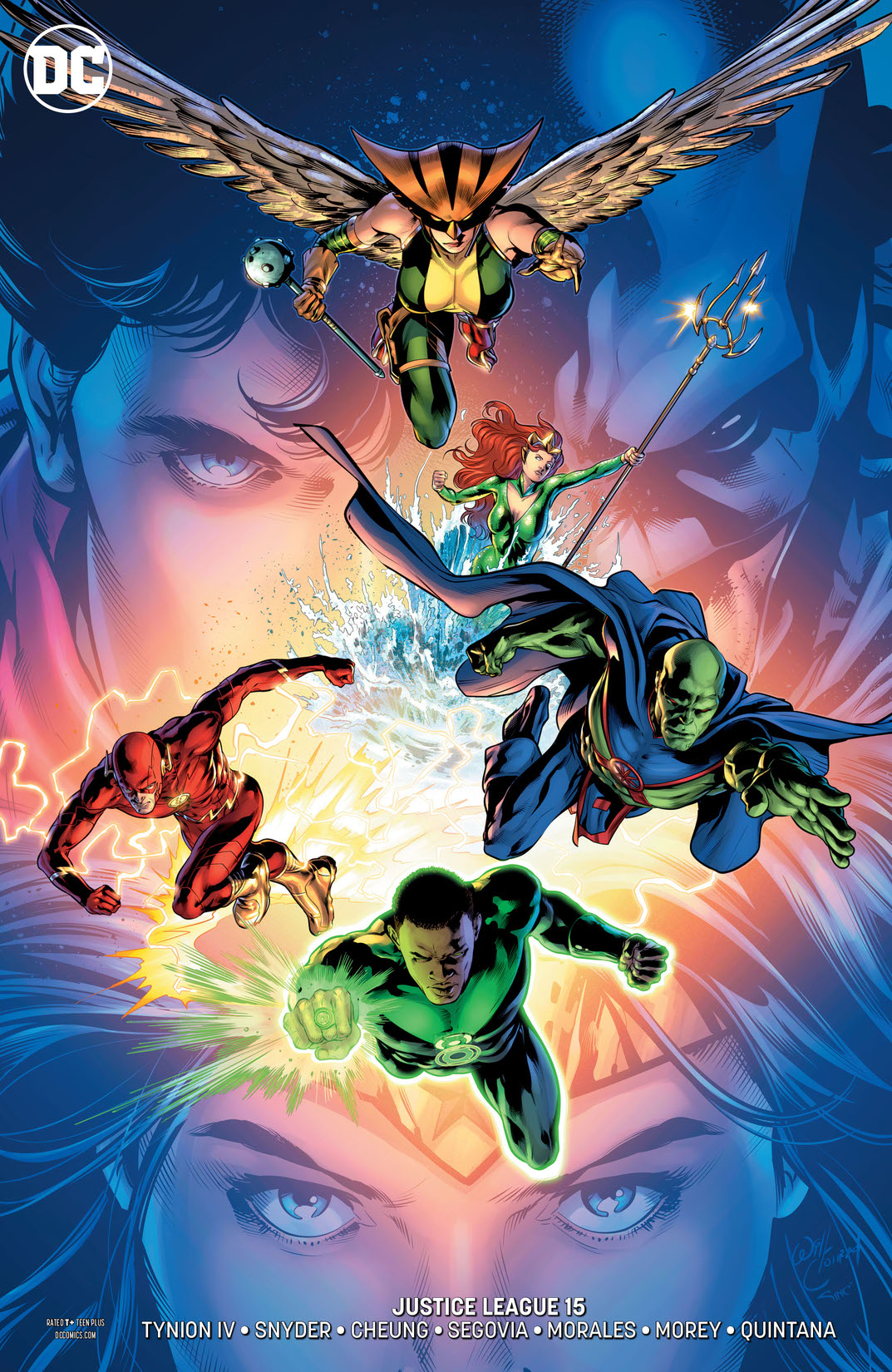 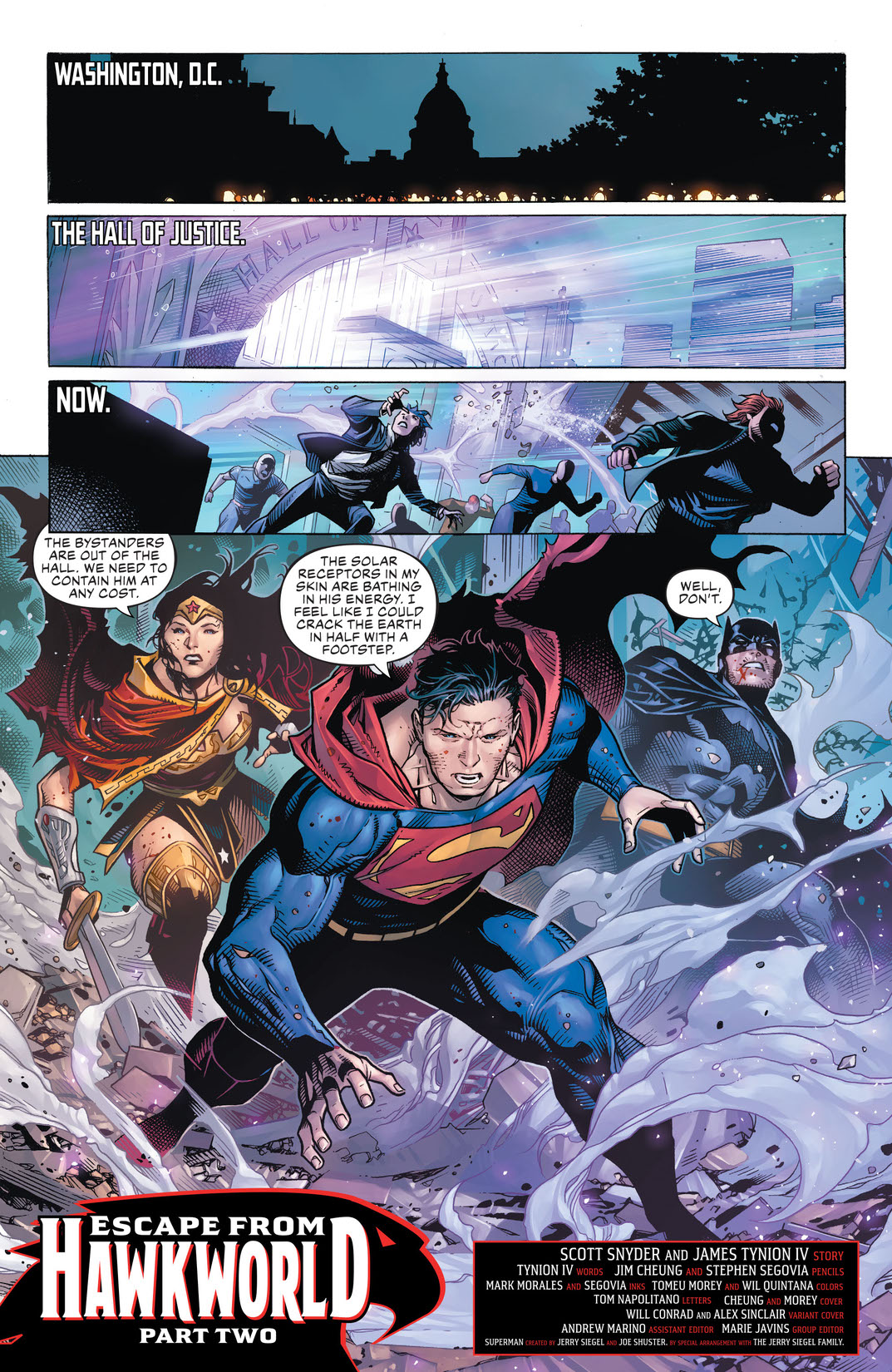 Hawk fight! Martian Manhunter, Green Lantern and Hawkgirl clash with Shayera Hol (also a Hawkgirl) when the League trio tries to break into a secret vault deep within Thanagar Prime—and the feathers are gonna fly! Speaking of secrets, M.M. learns one about himself and Lex Luthor, as related to him by the Martian Keep, guardian of all Martian wisdom and history. Meanwhile, back at the Hall of Justice, Batman, Superman and Wonder Woman must stop Starman from going nova.