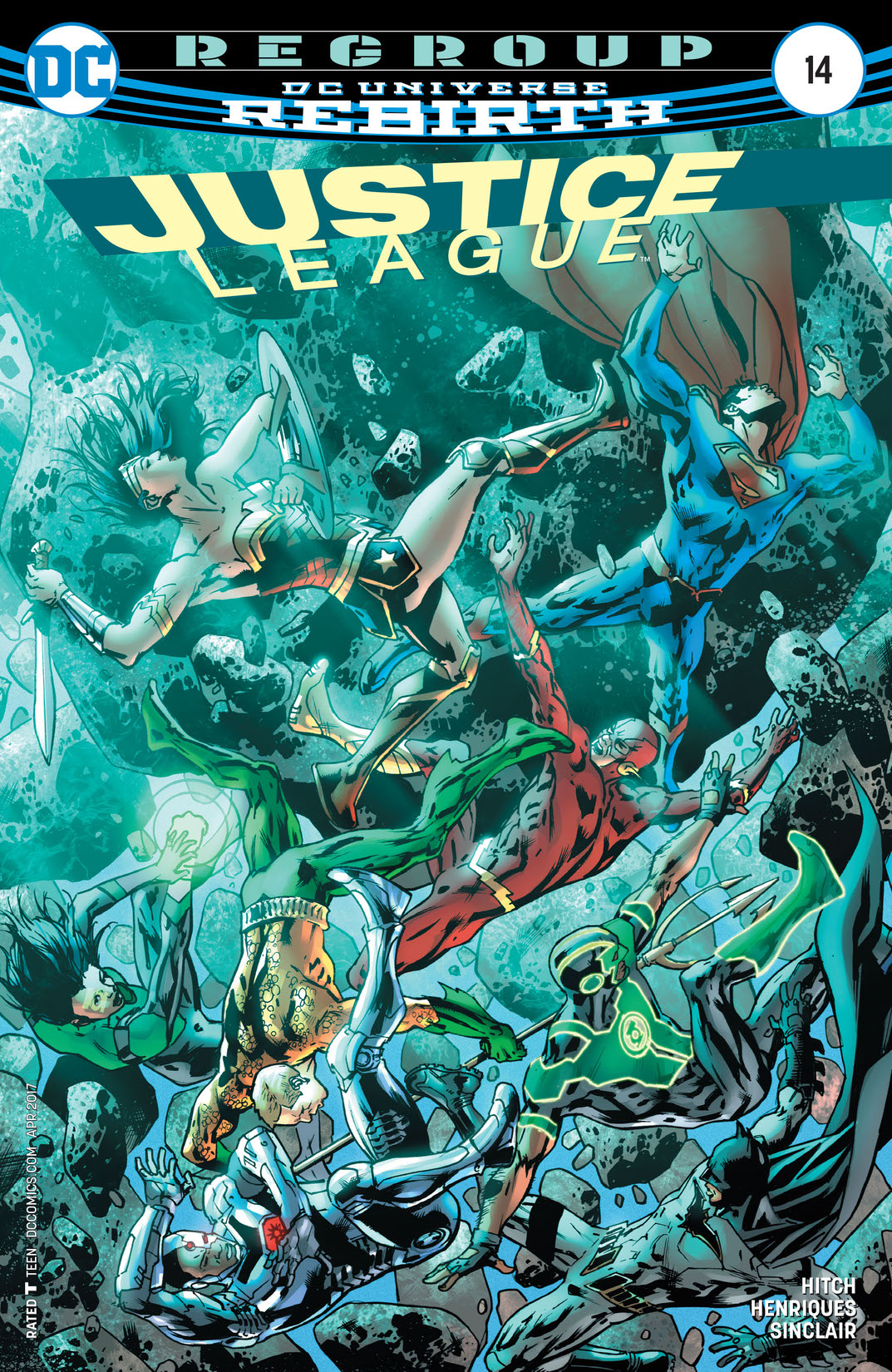 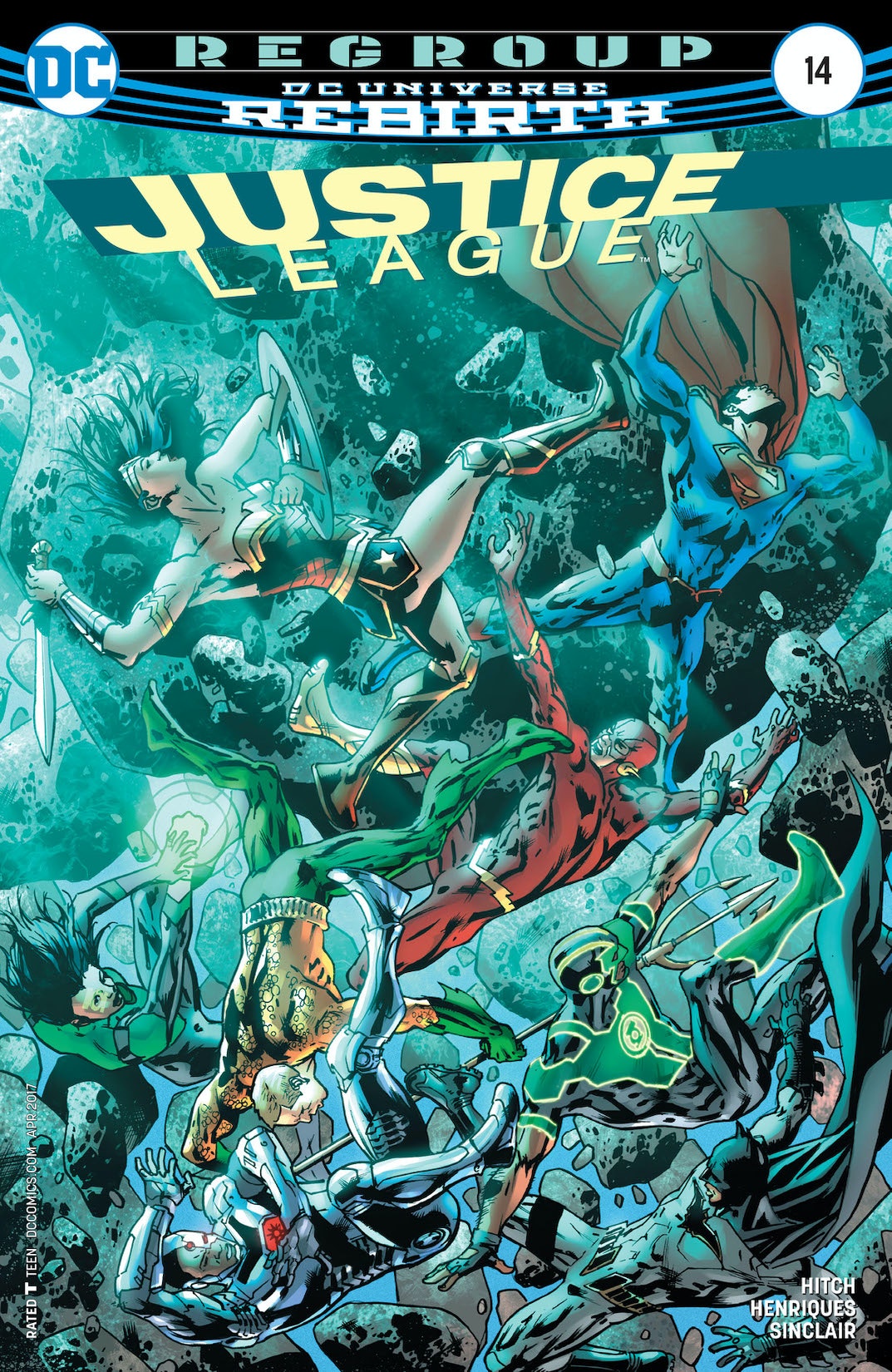 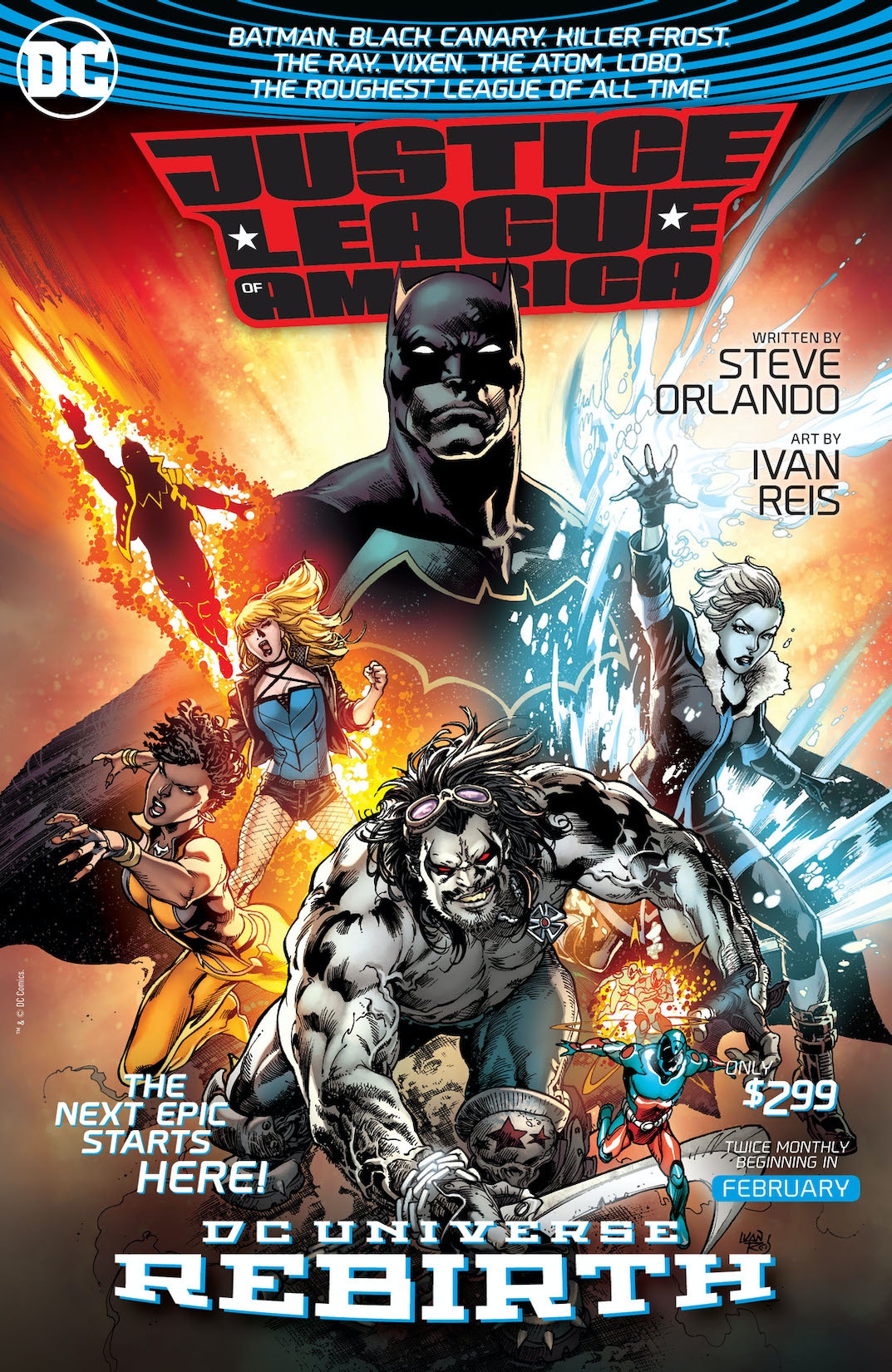 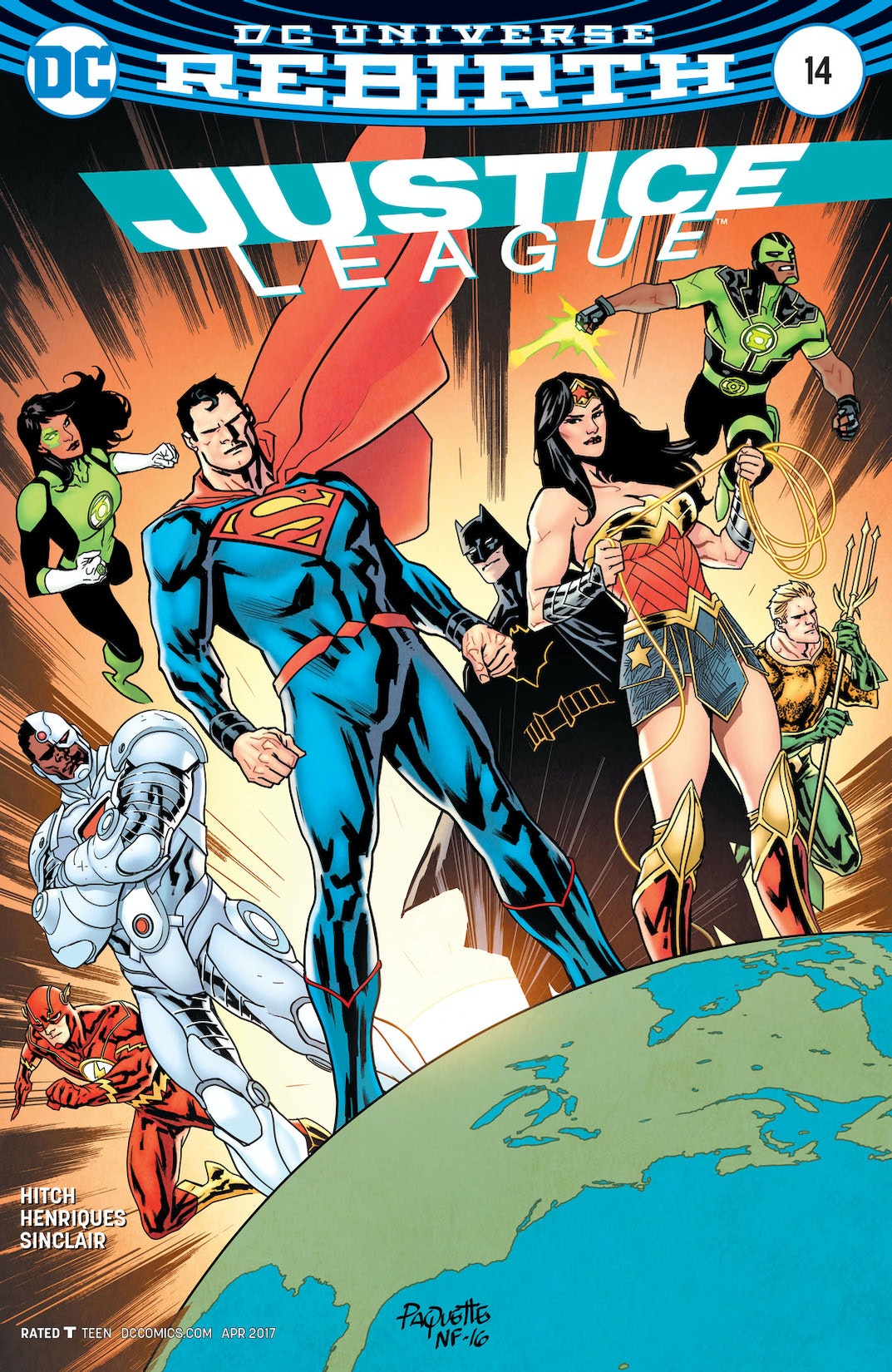 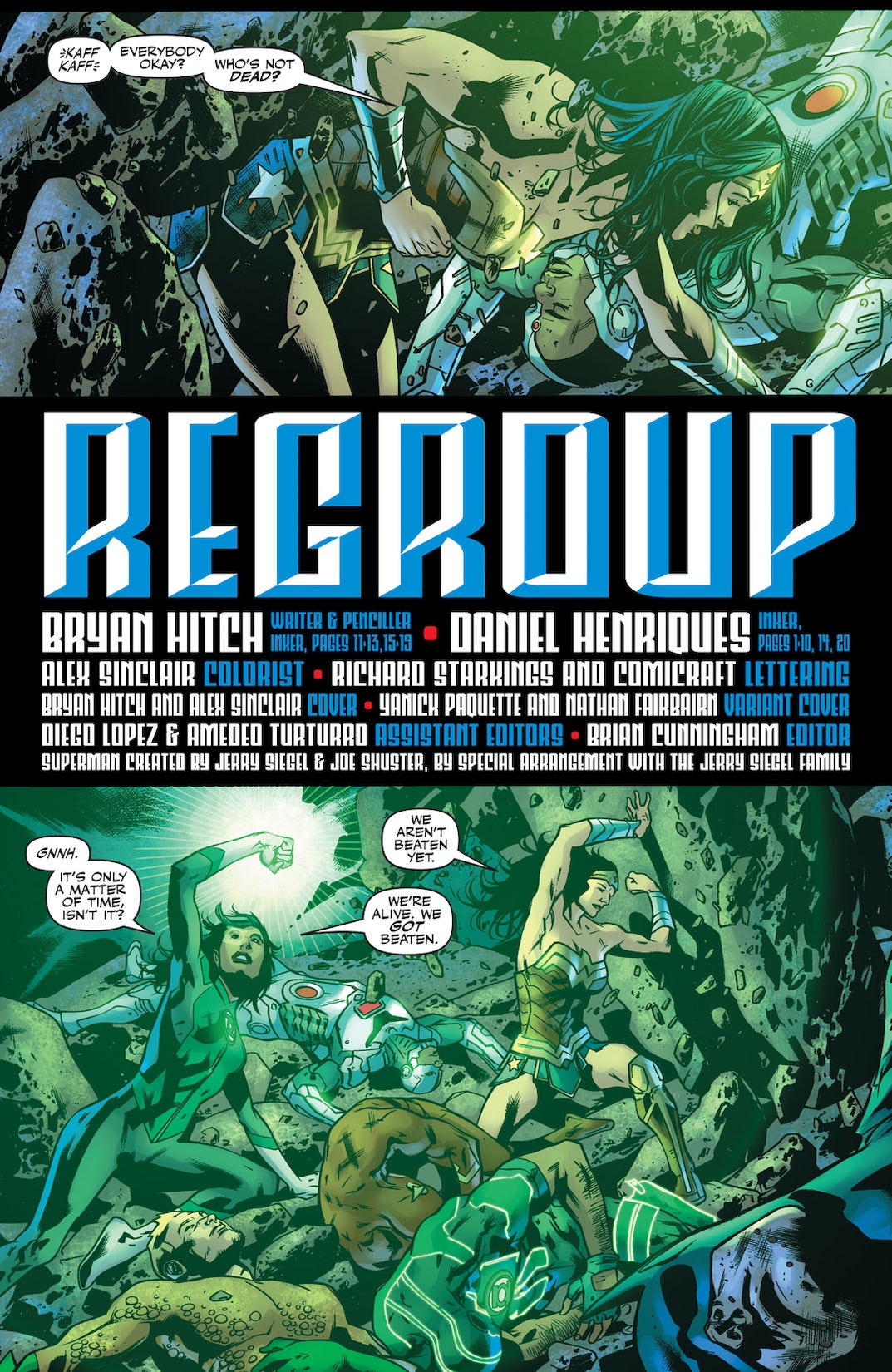 “REGROUP”! Broken, battered and pinned down by a new alien threat, the Justice League is forced to confront long-simmering tensions between teammates before they can save the world. Grievances are aired and secrets are revealed in this special issue written and drawn by Bryan Hitch.