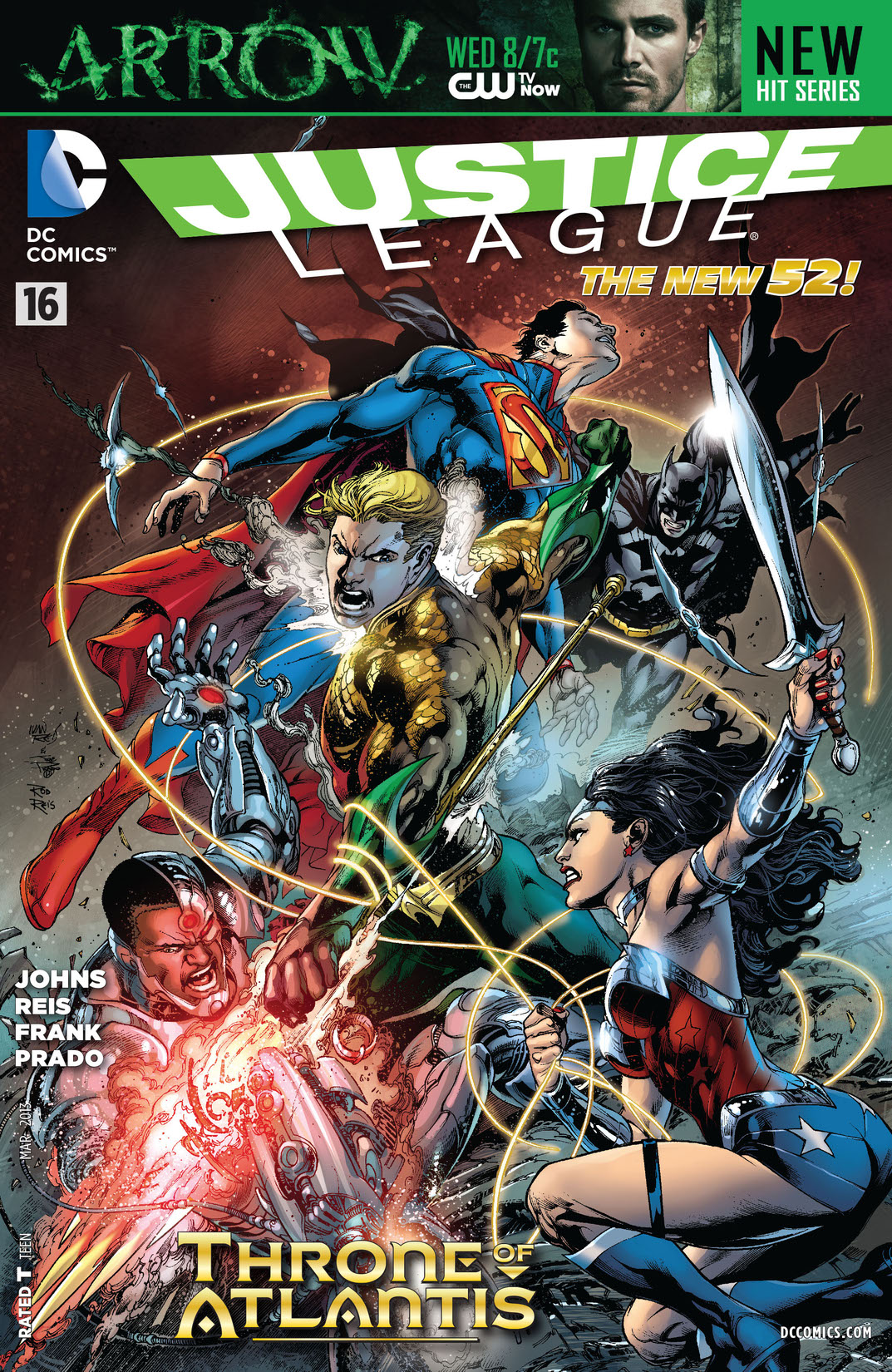 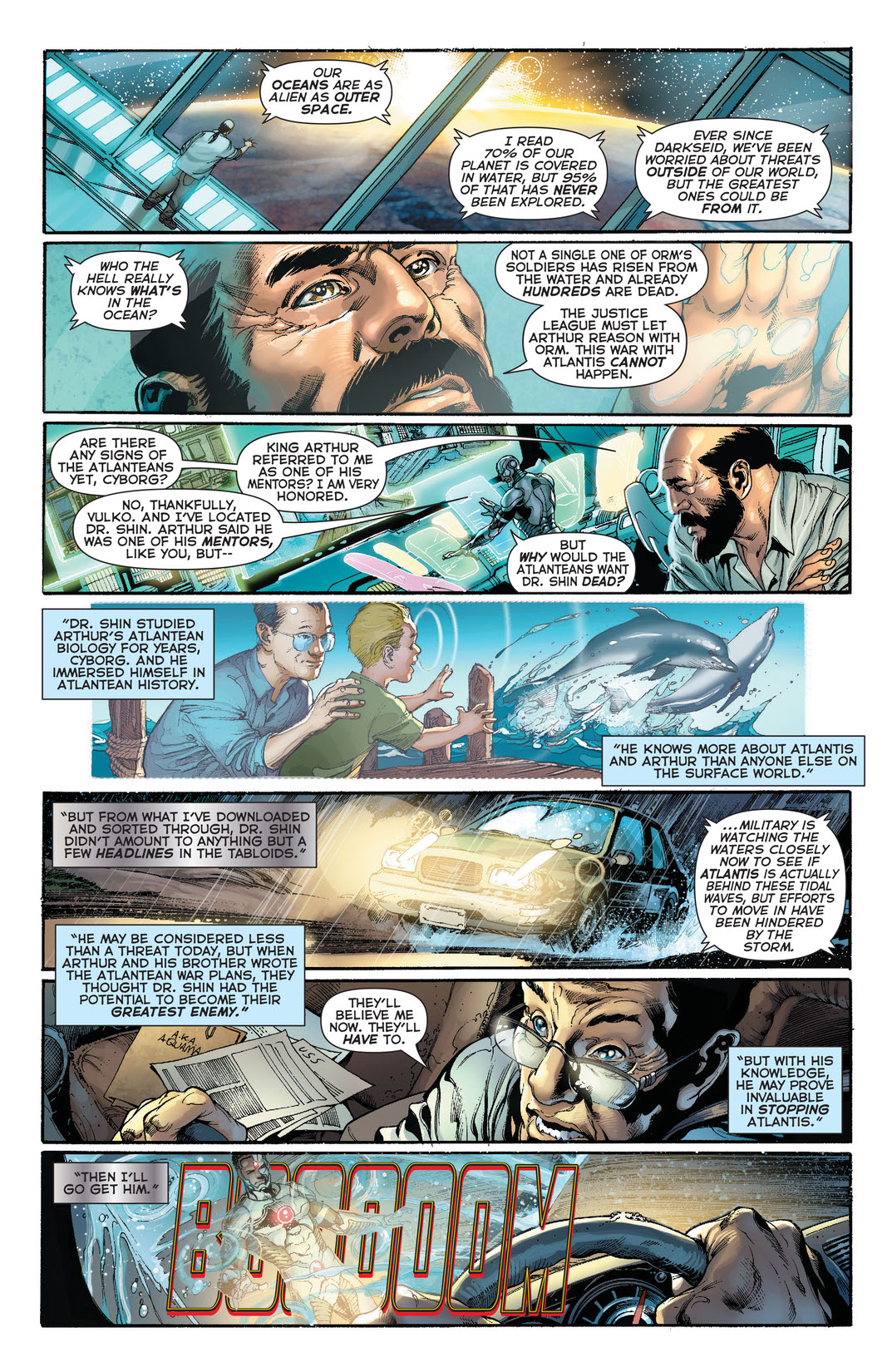 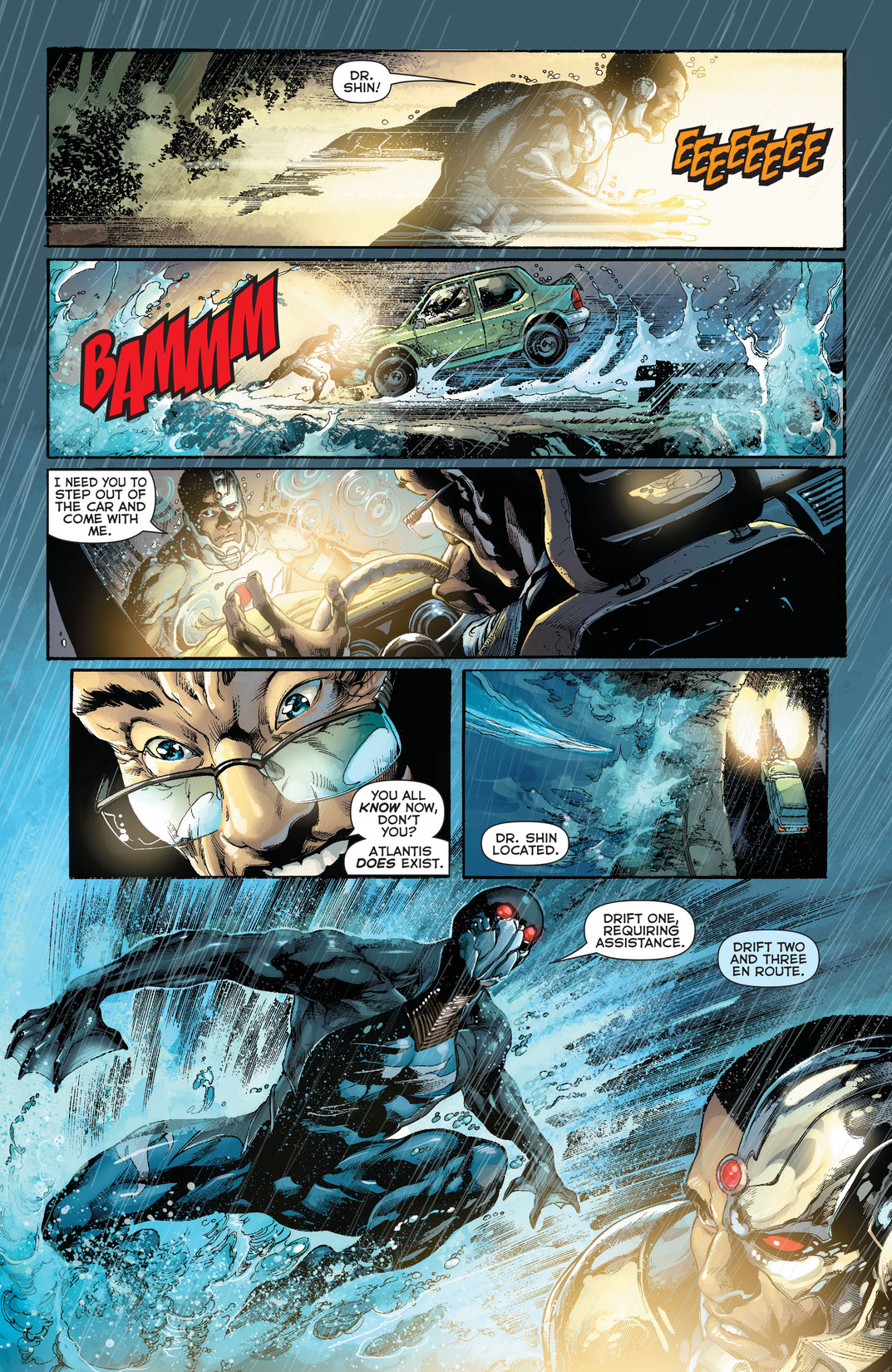 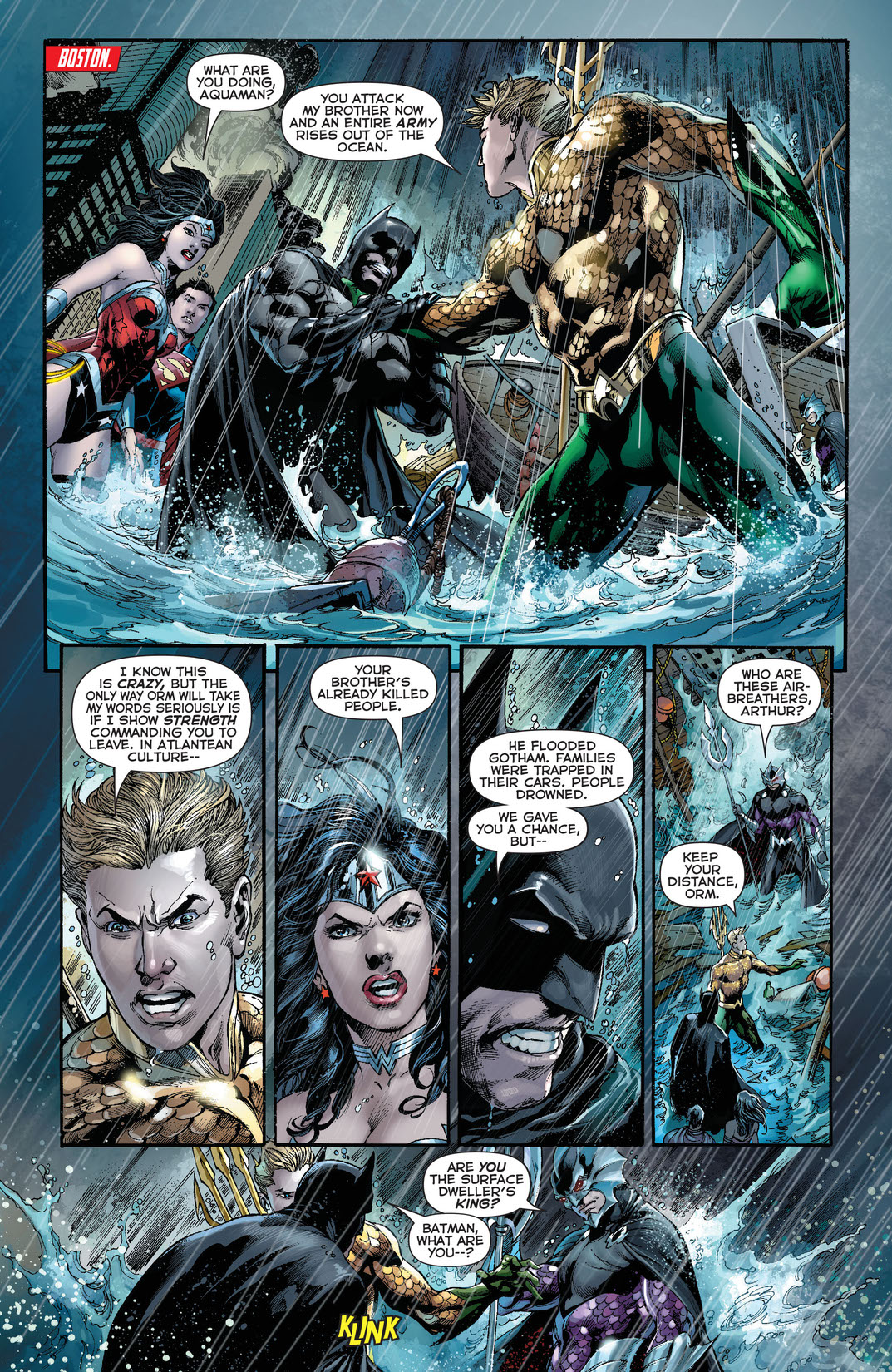 Throne of Atlantis' part 3, continued from AQUAMAN (2011- ) #15. Aquaman can barely hold on against Ocean Master even with the League by his side! Continued in AQUAMAN #16. Plus: in the backup story, more details emerge in the origin of SHAZAM!