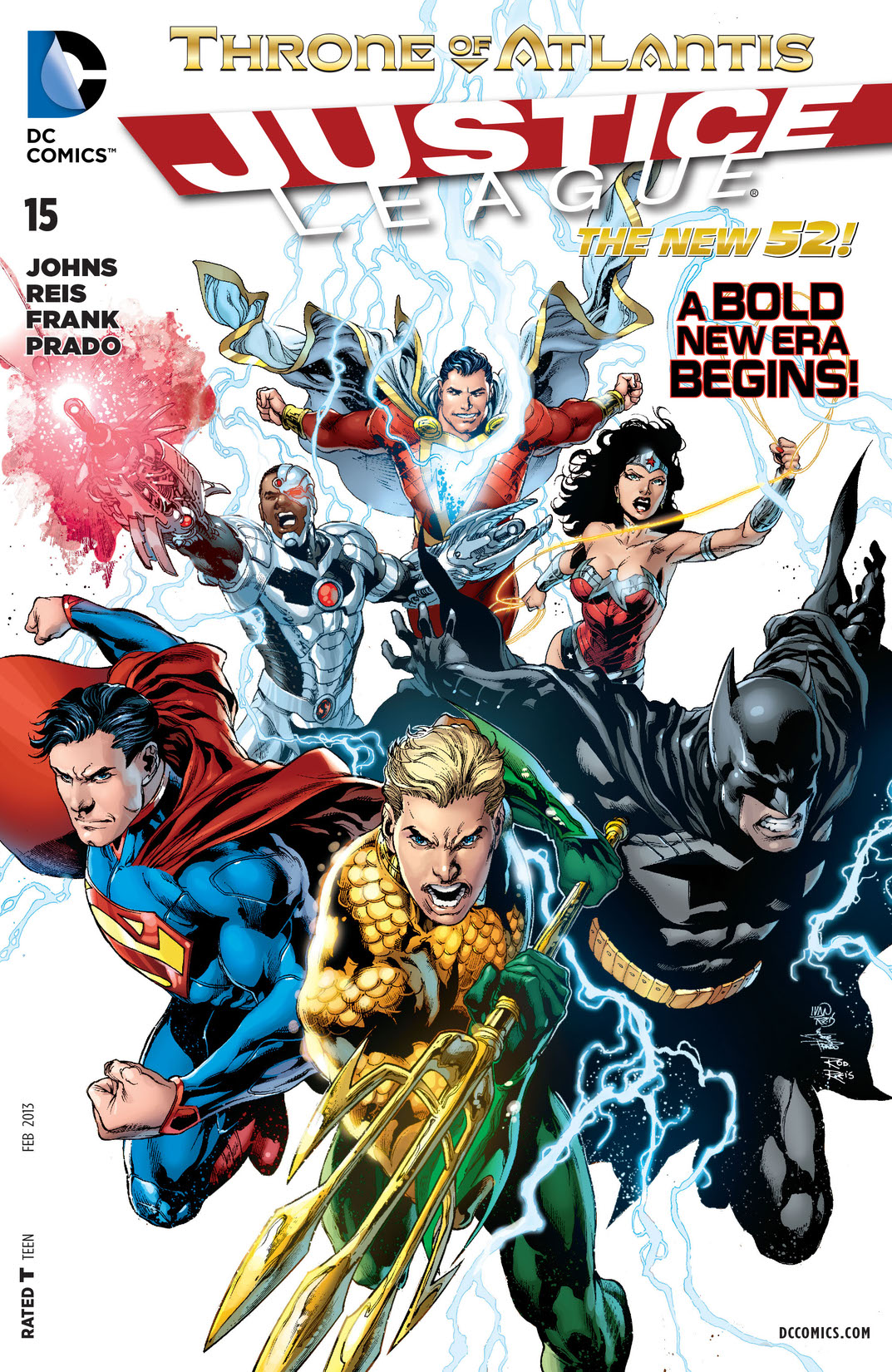 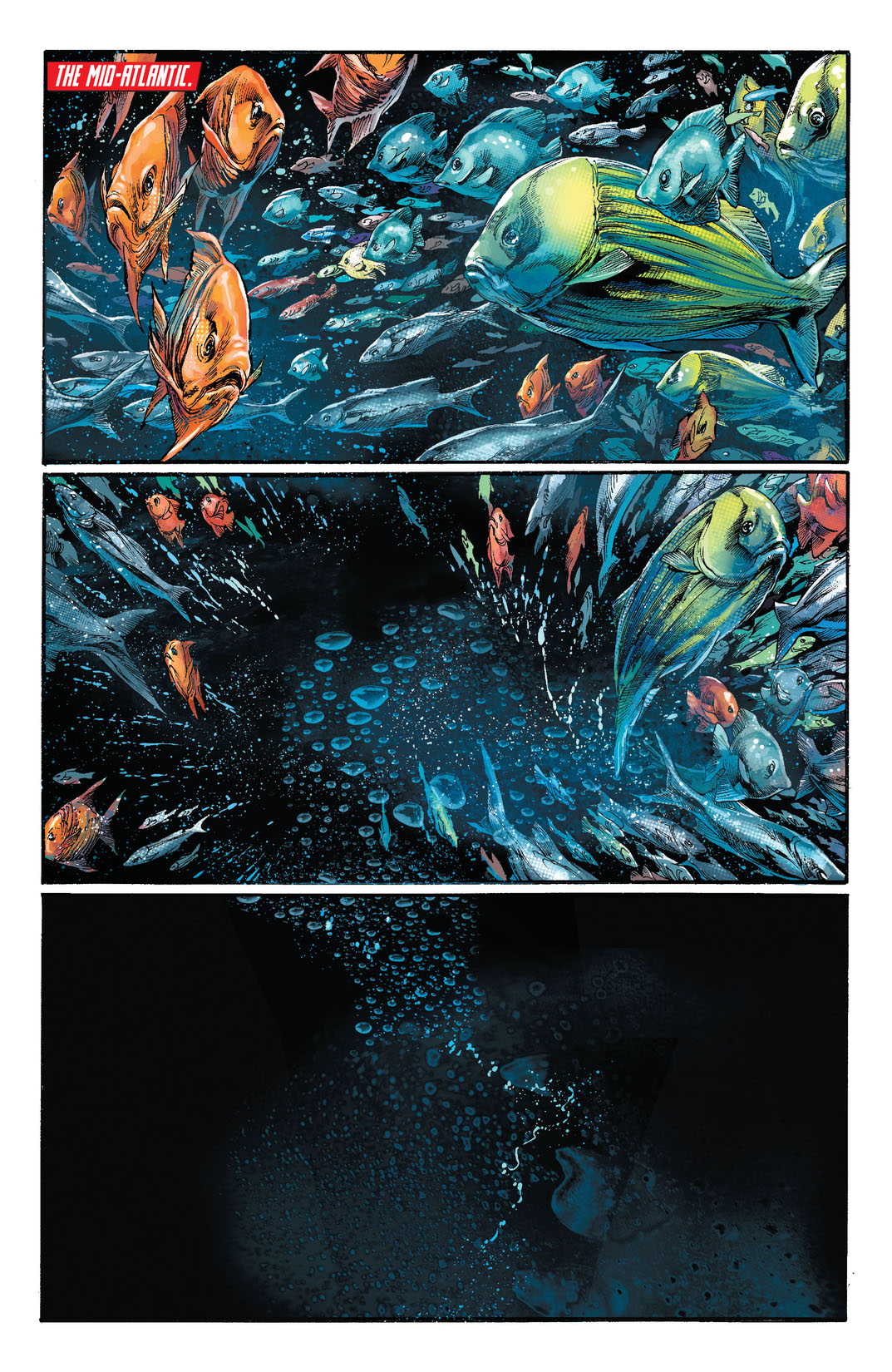 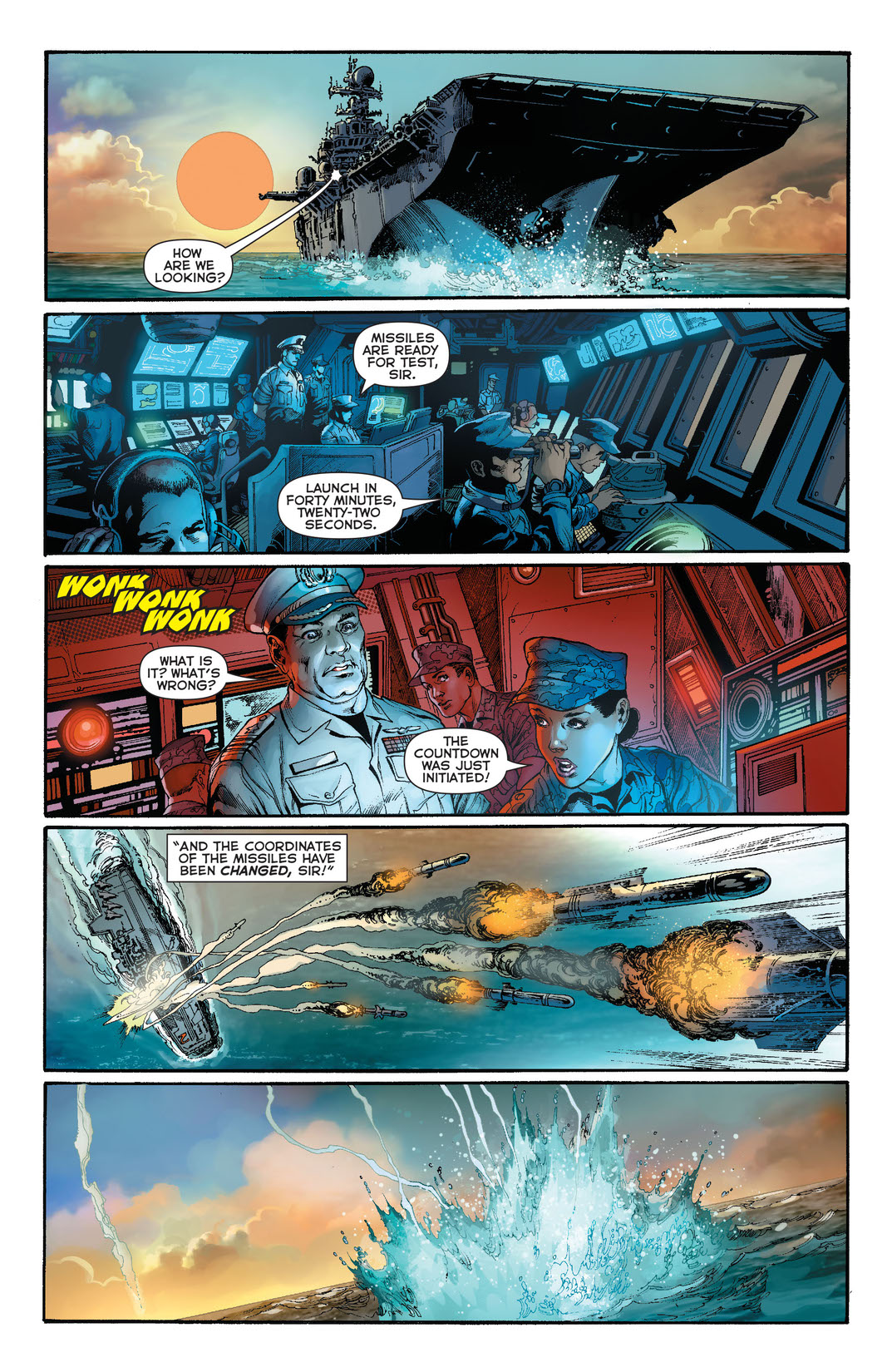 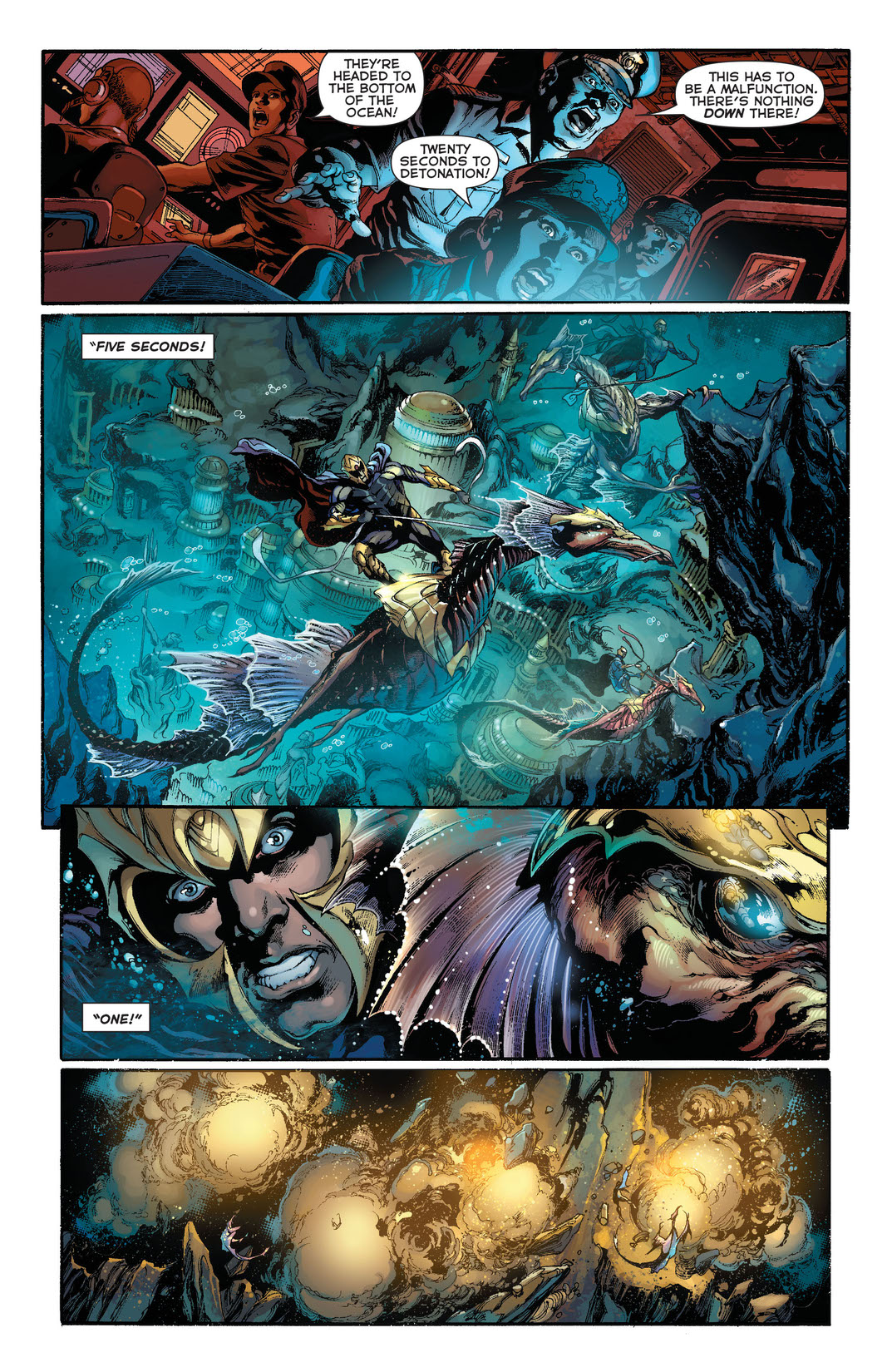 Throne of Atlantis' part 1! Can the Justice League band together to battle the forces of Atlantis? And in the backup feature, Shazam comes face to face with Black Adam, and Billy makes a decision that will shock his friends! Continued in AQUAMAN (2011- )#15.