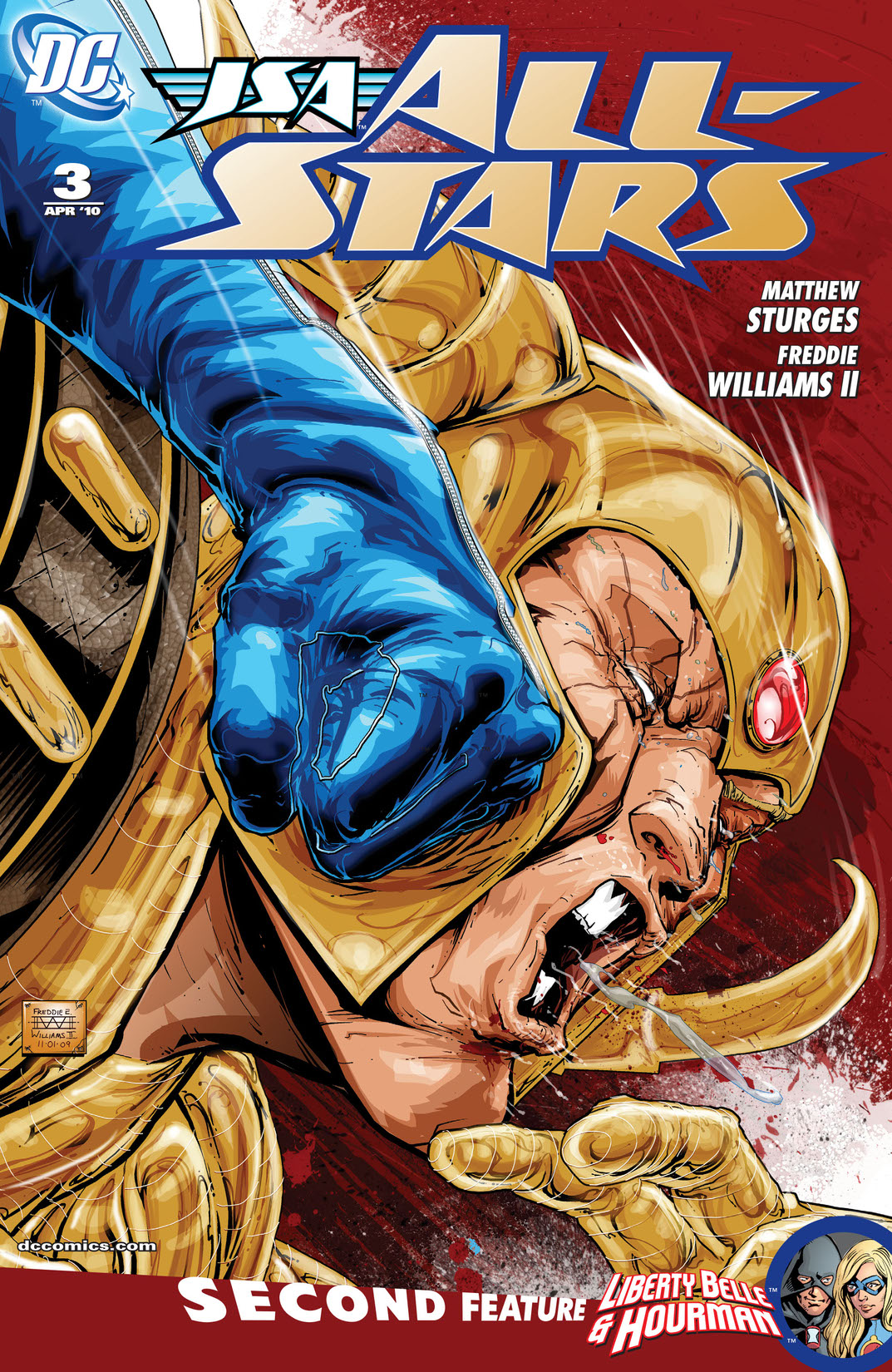 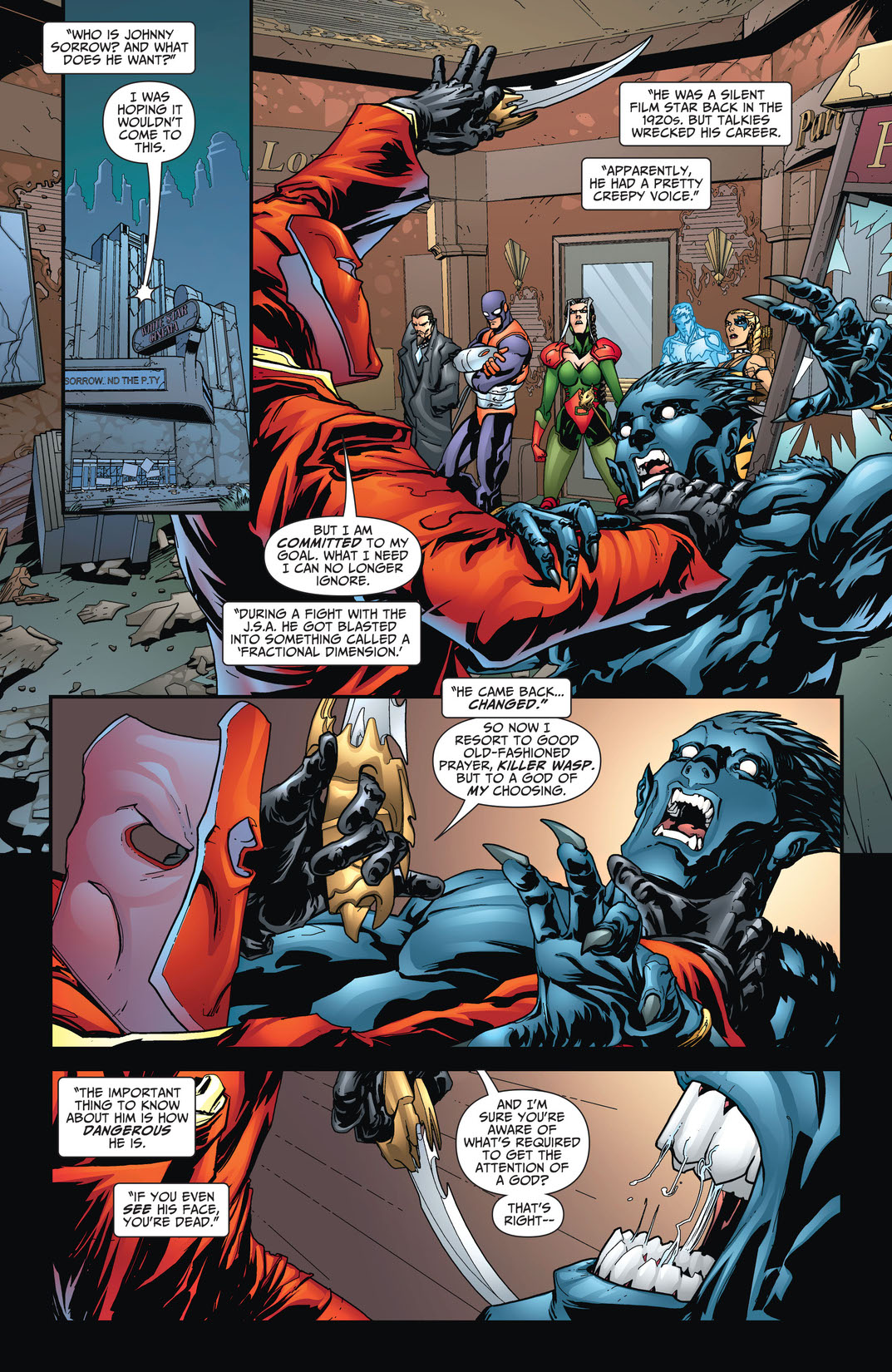 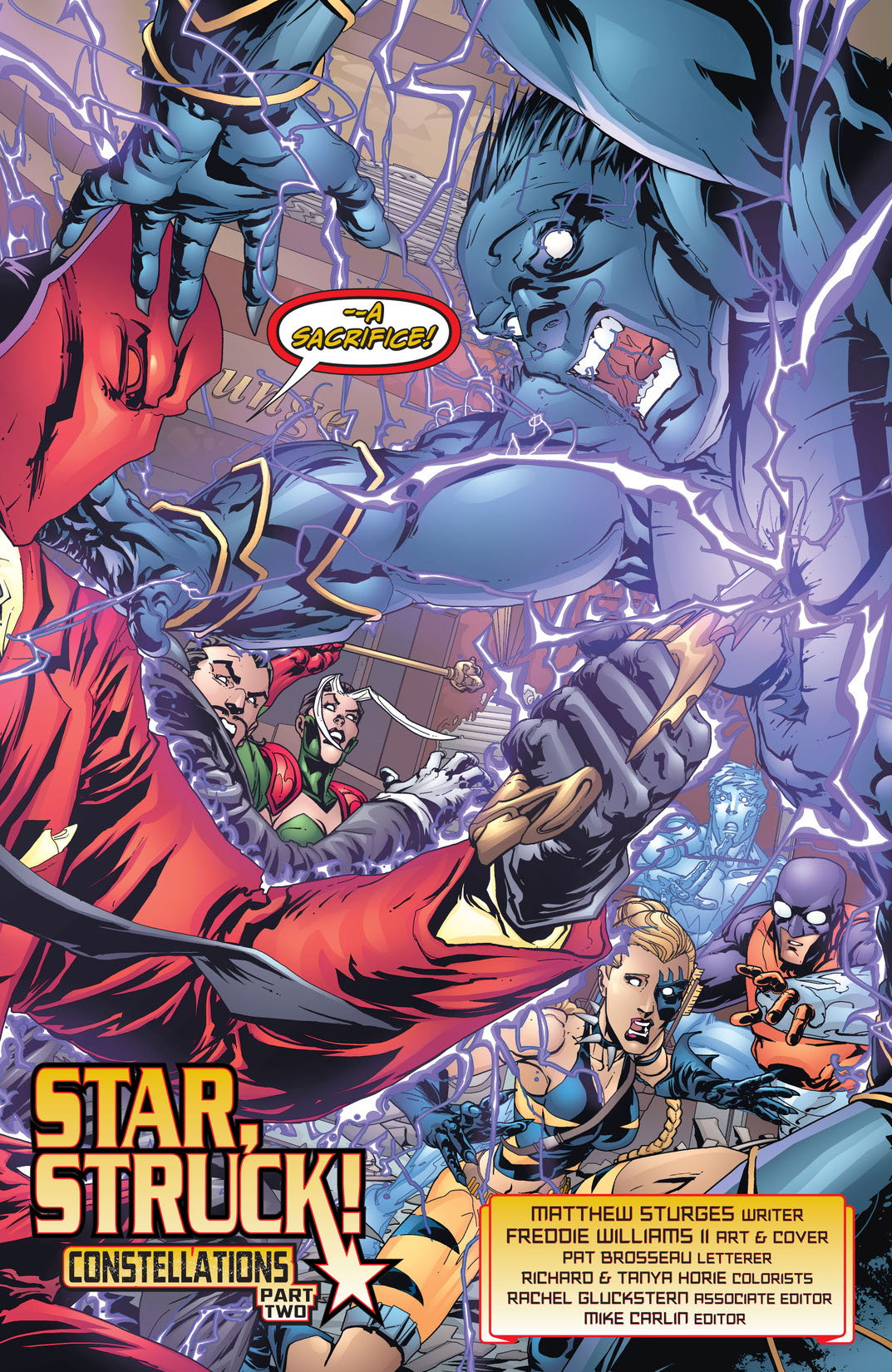 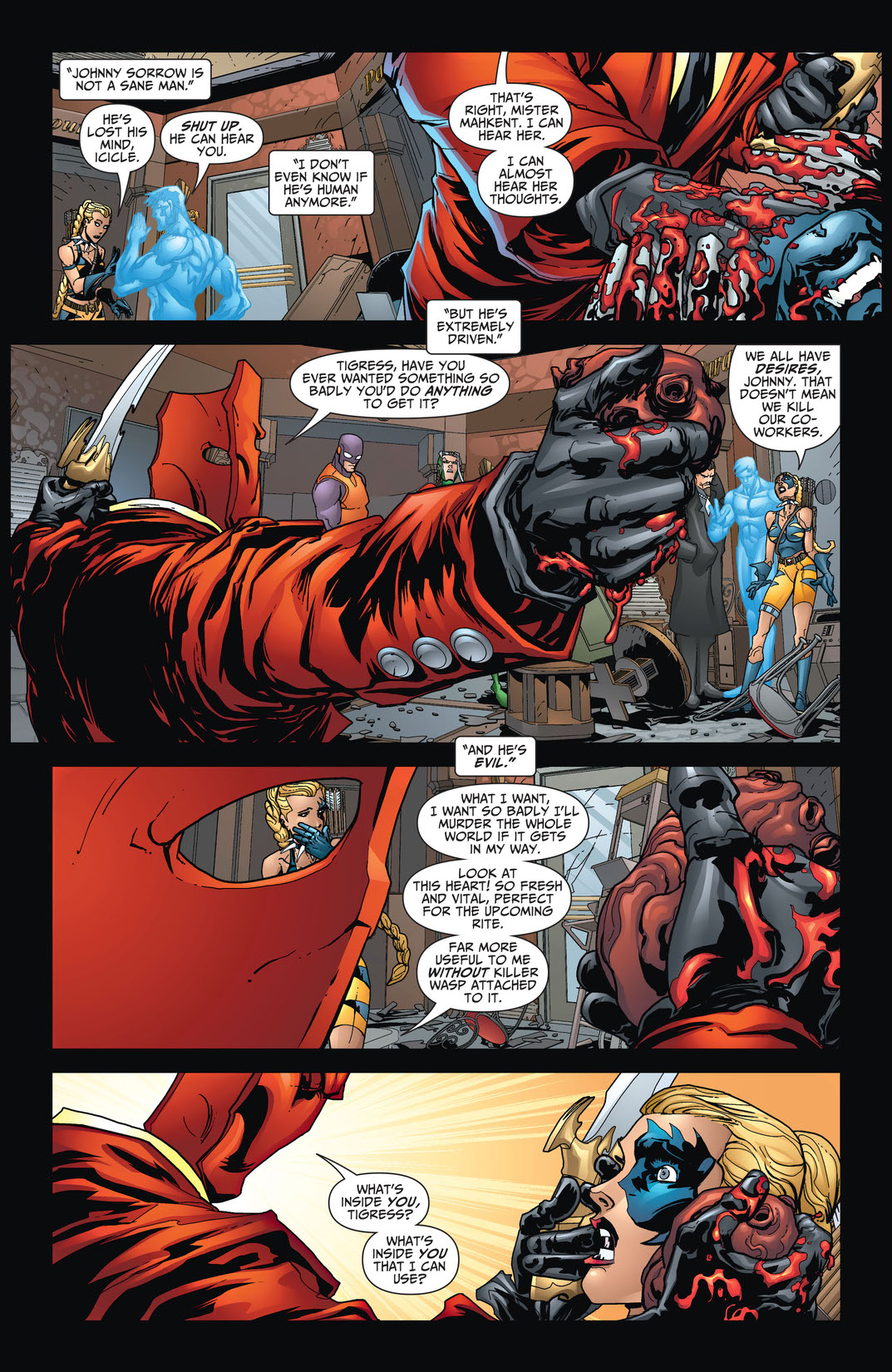 The All-Stars are on the trail of the villains who've kidnapped one of their own while internal turmoil creates drama in the ranks! Tensions continue to rise between Power Girl and Magog, which could spell the end of the line for one of them! 'Constellations' part 3.