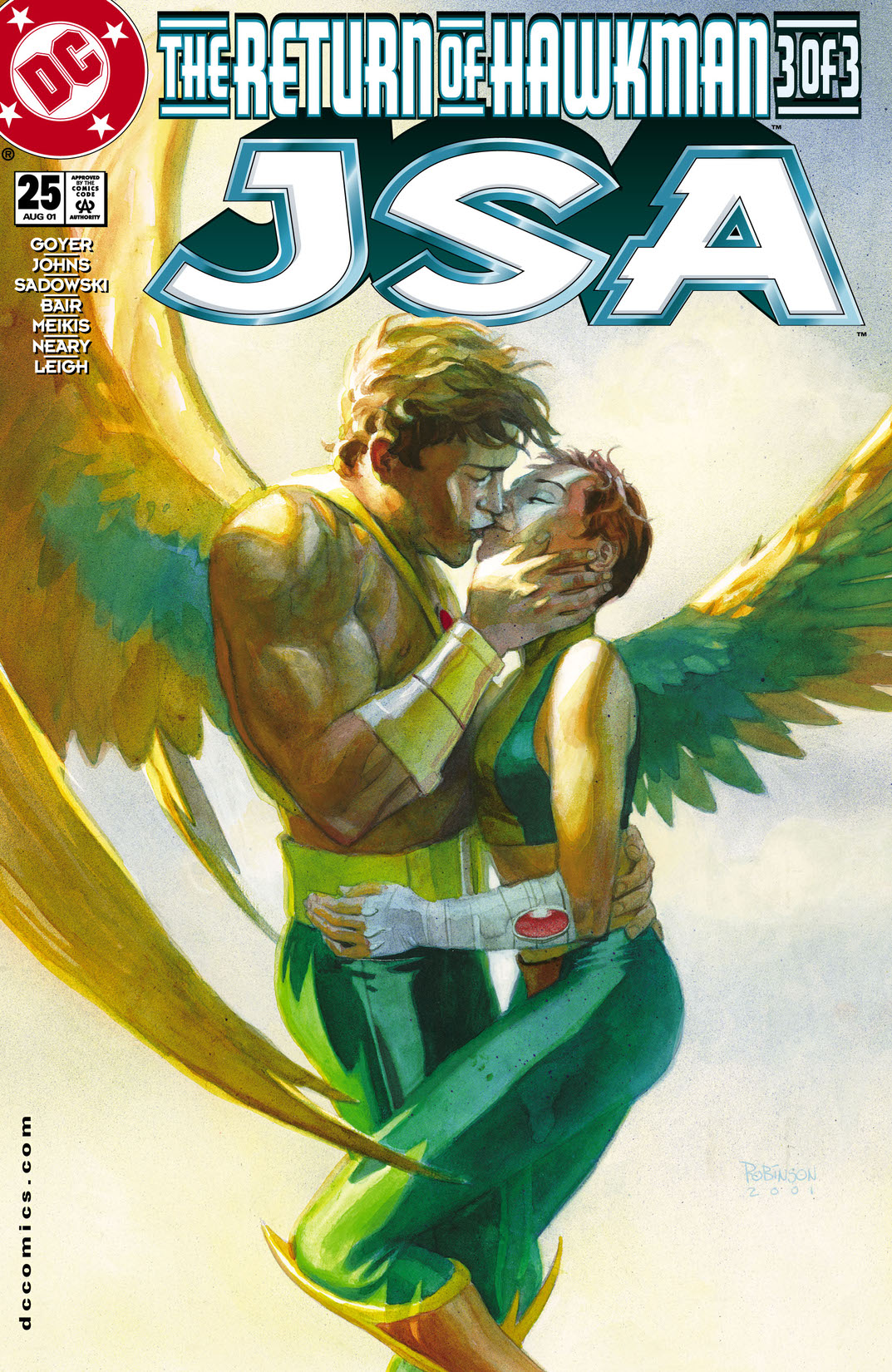 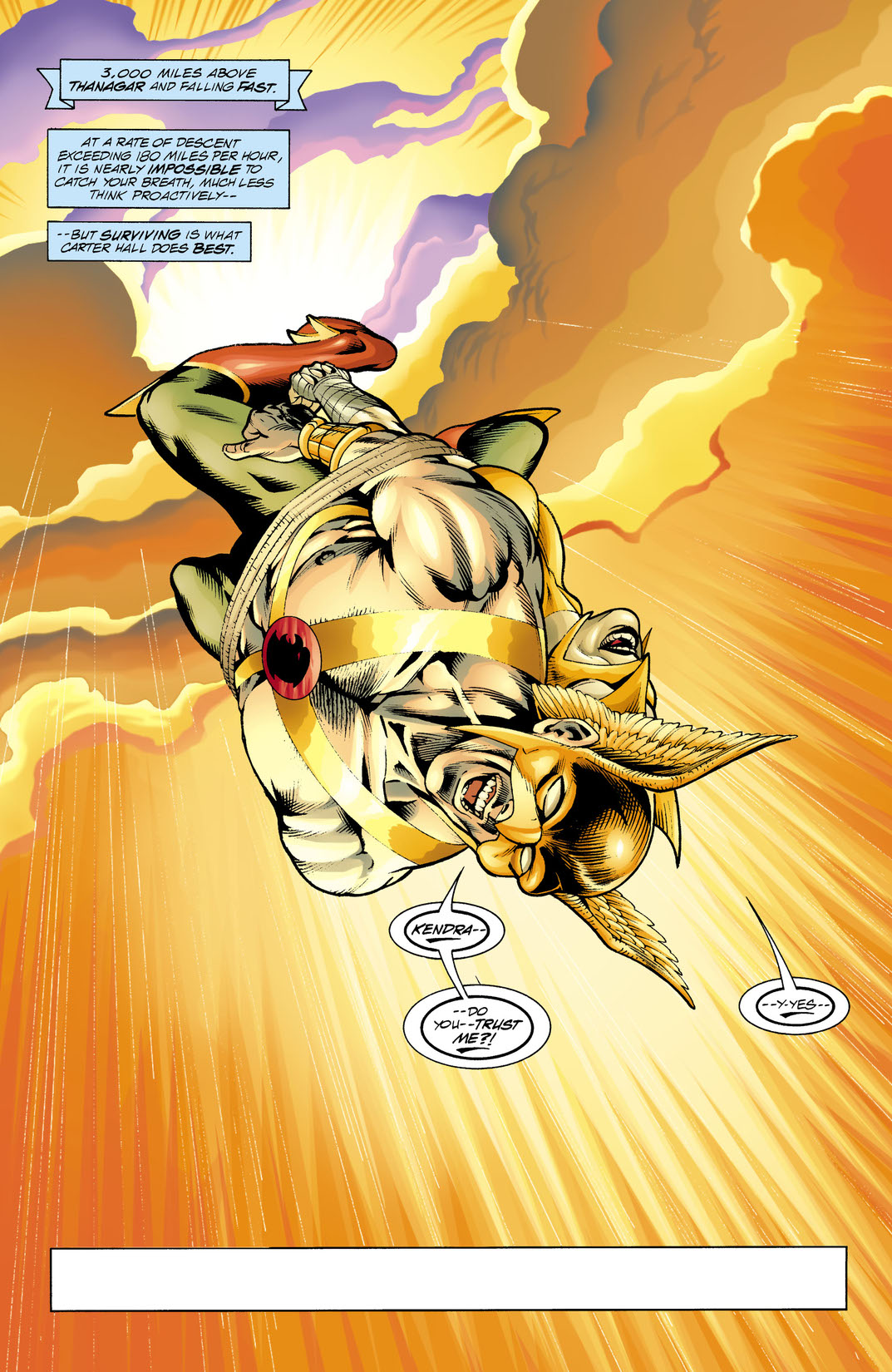 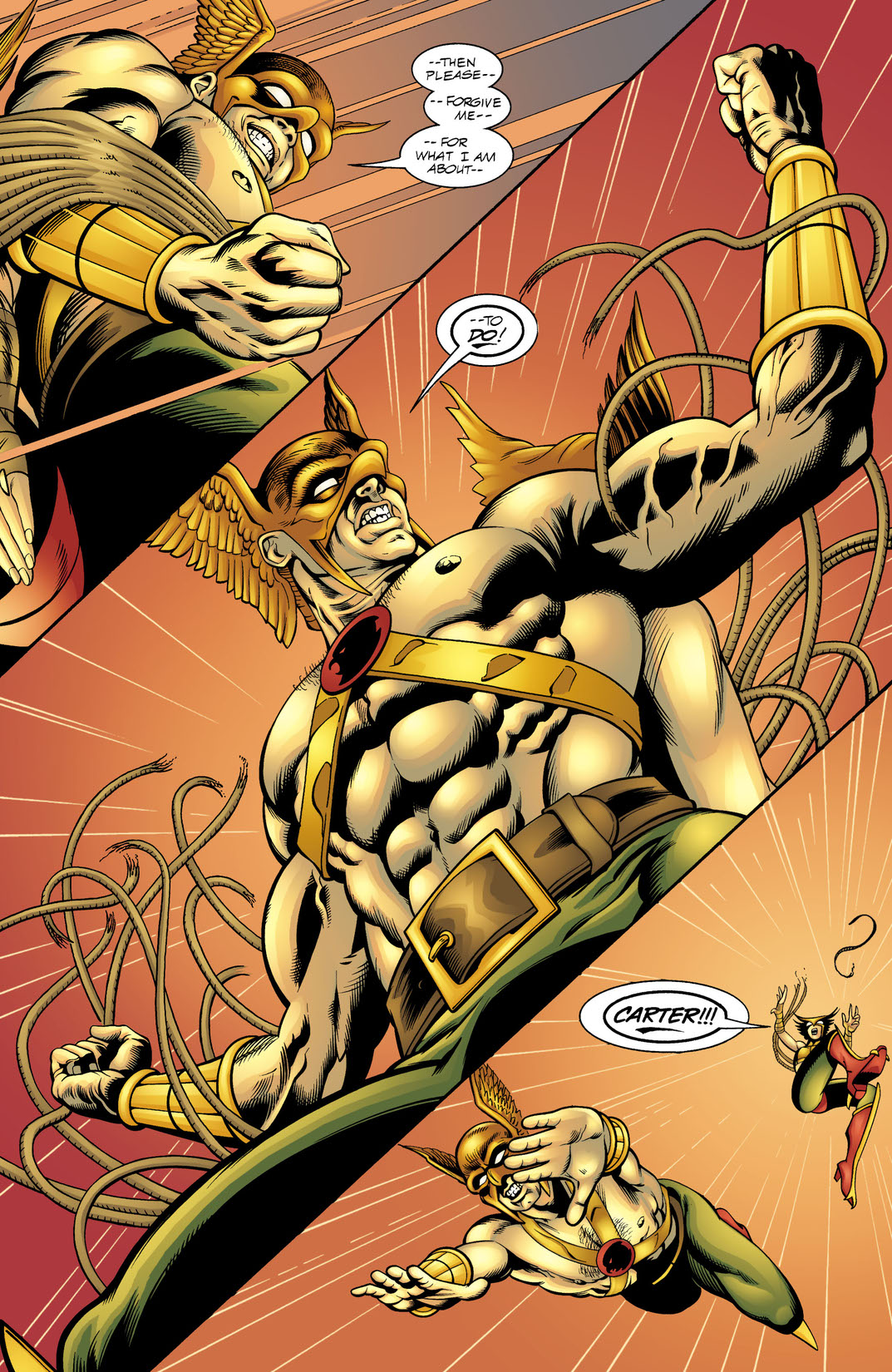 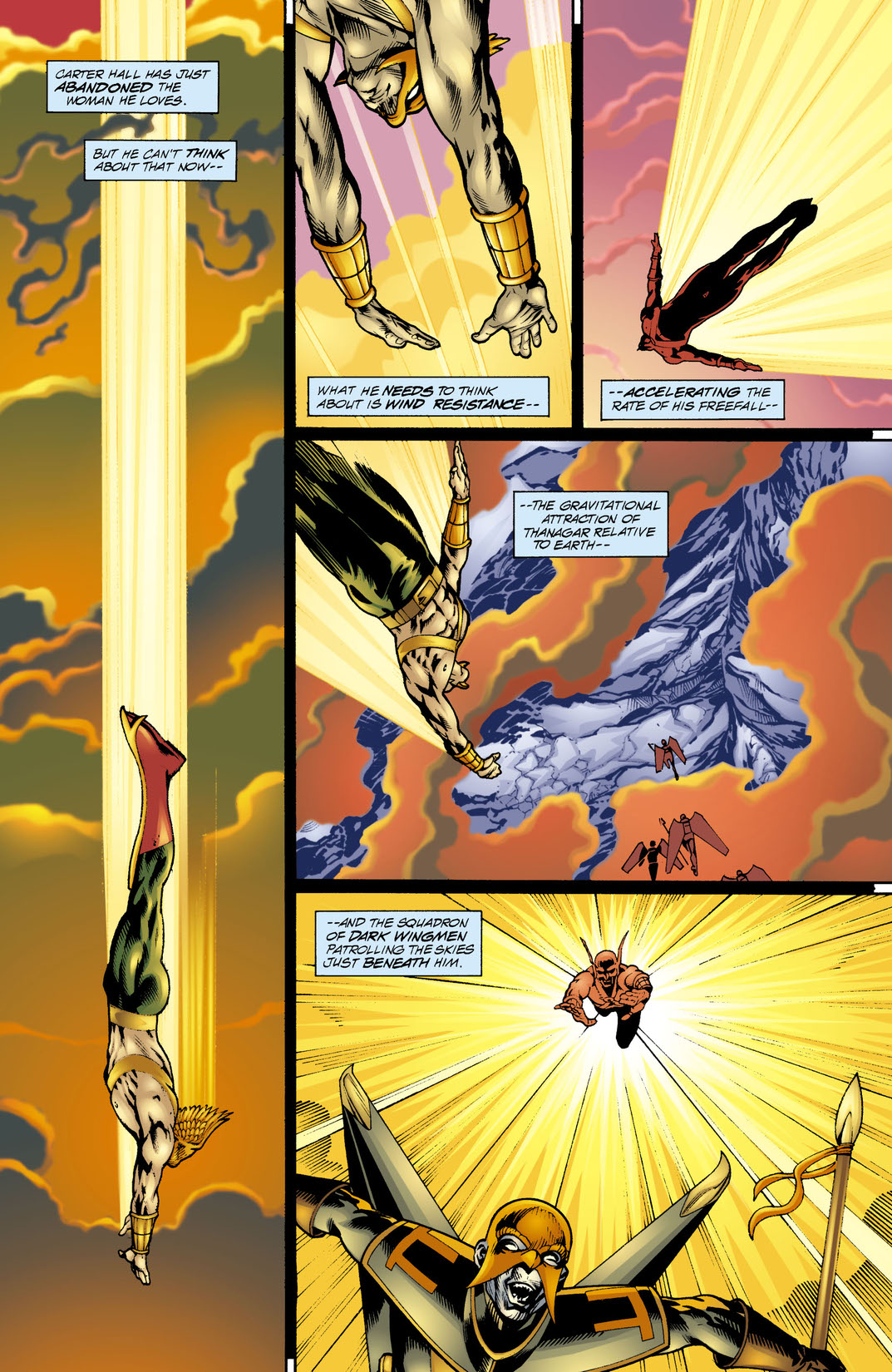 The JSA has been scattered across Thanagar, leaving Hawkman and Hawkgirl to pick up the pieces. Only by reuniting the team, and their spirits, can the Hawks put a stop to the horror. Plus, startling revelations about Jay Garrick's past and the Hawks' future. 'Return of Hawkman' part 3.