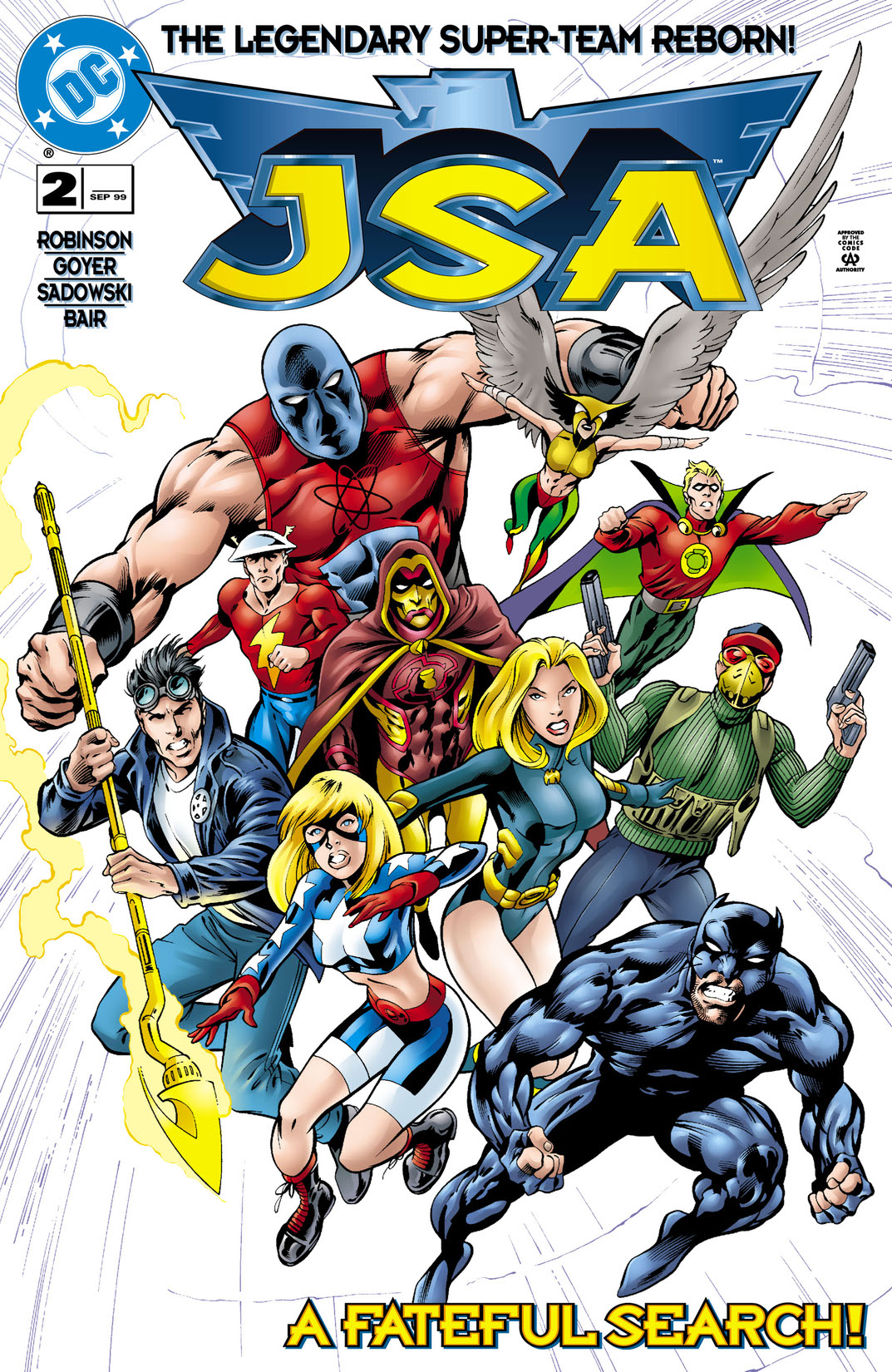 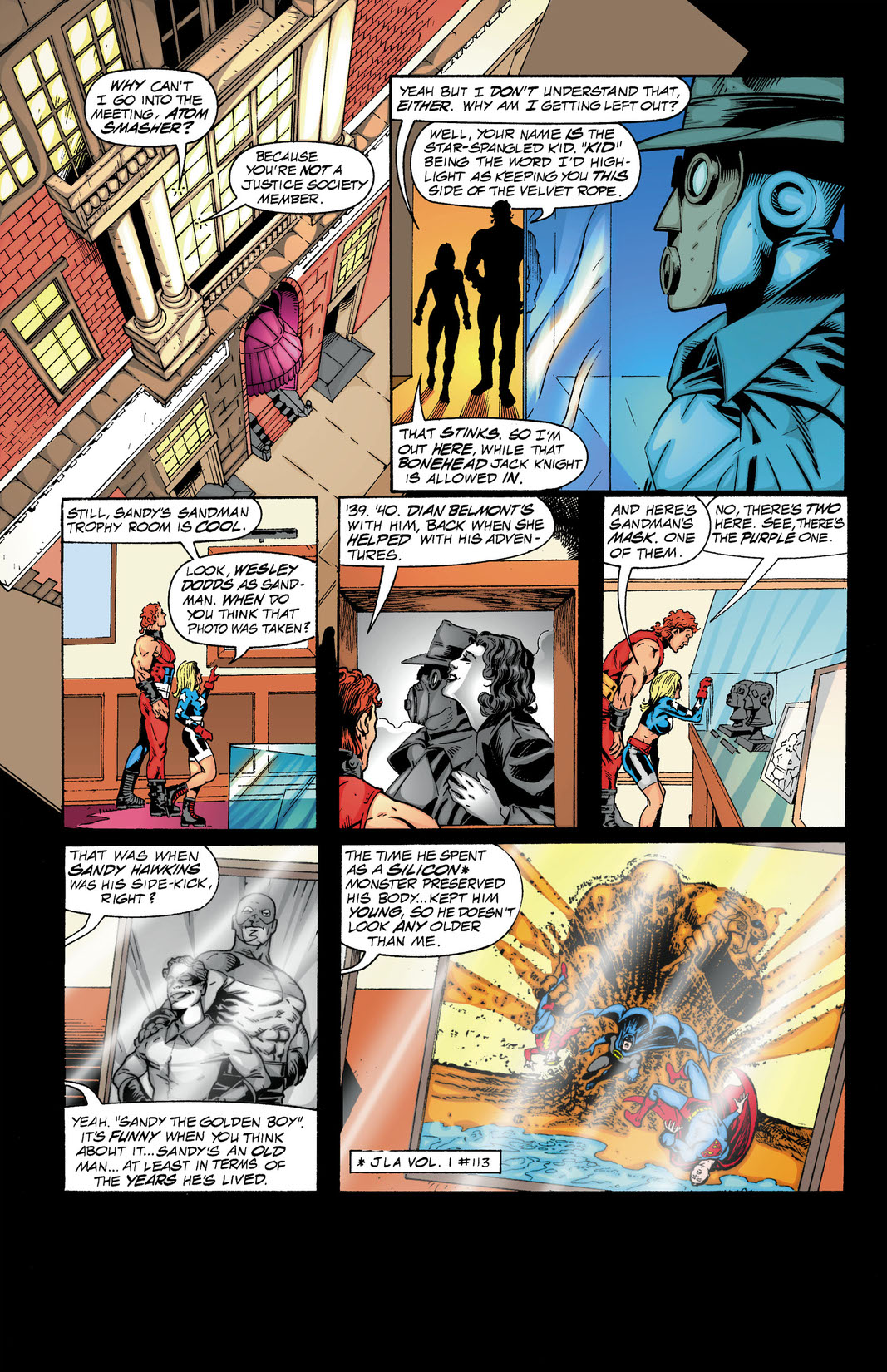 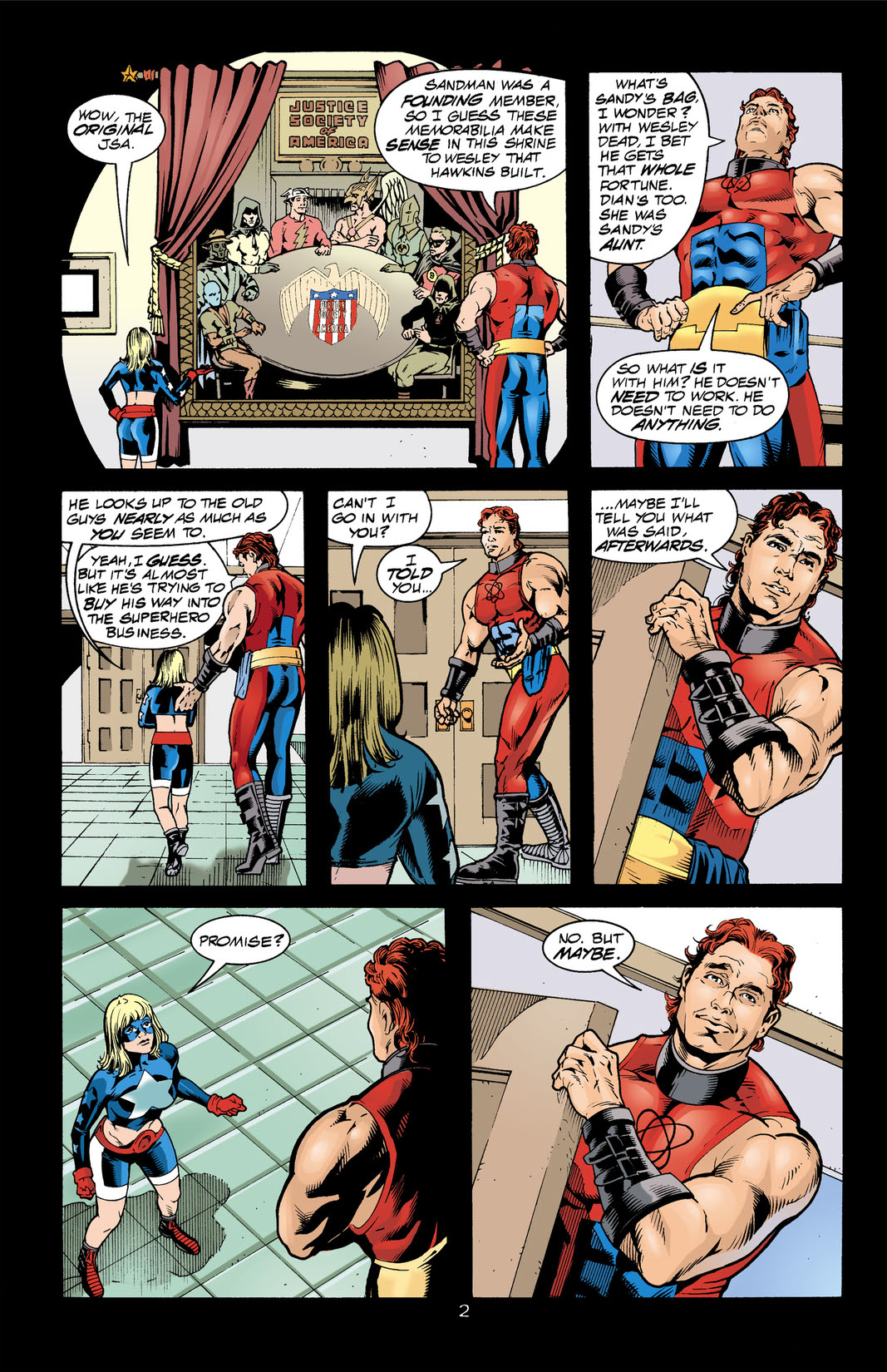 The JSA races to keep the baby destined to be the new Fate from the clutches of the mysterious Dark Lord, but little does the team realize that everything they do plays directly into the Dark Lord's grand scheme. And what role will the mysterious new Hawkgirl play?