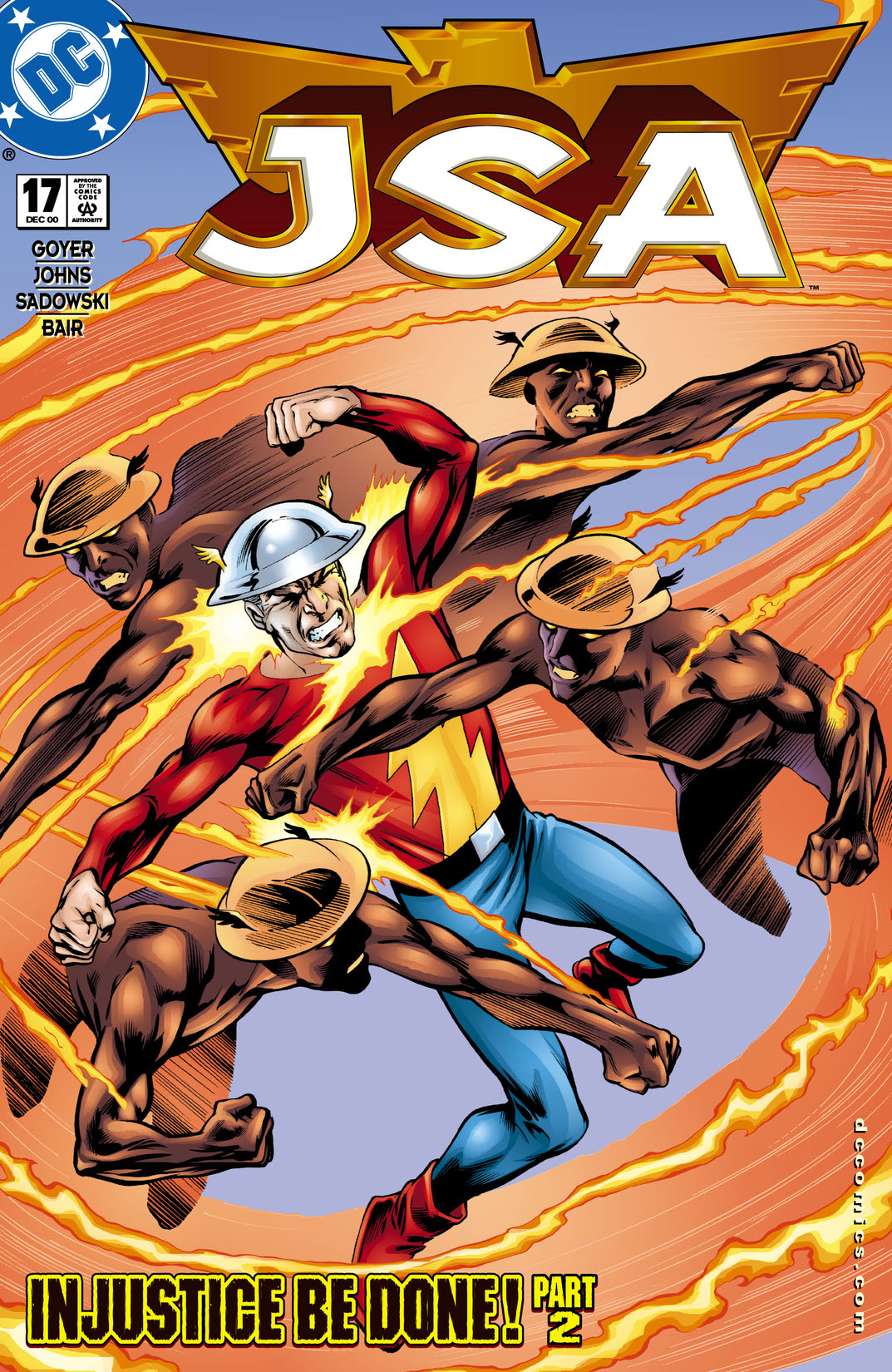 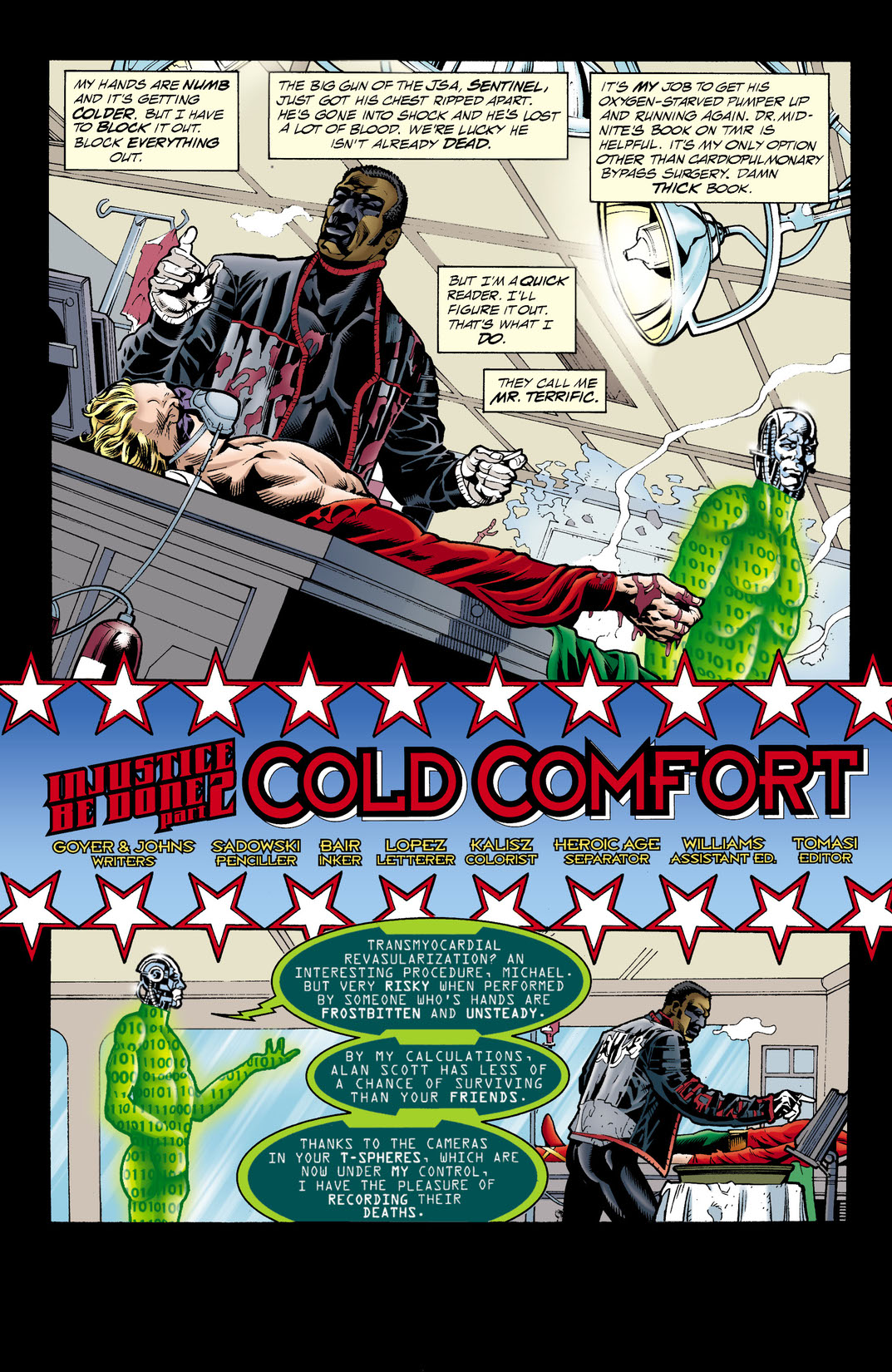 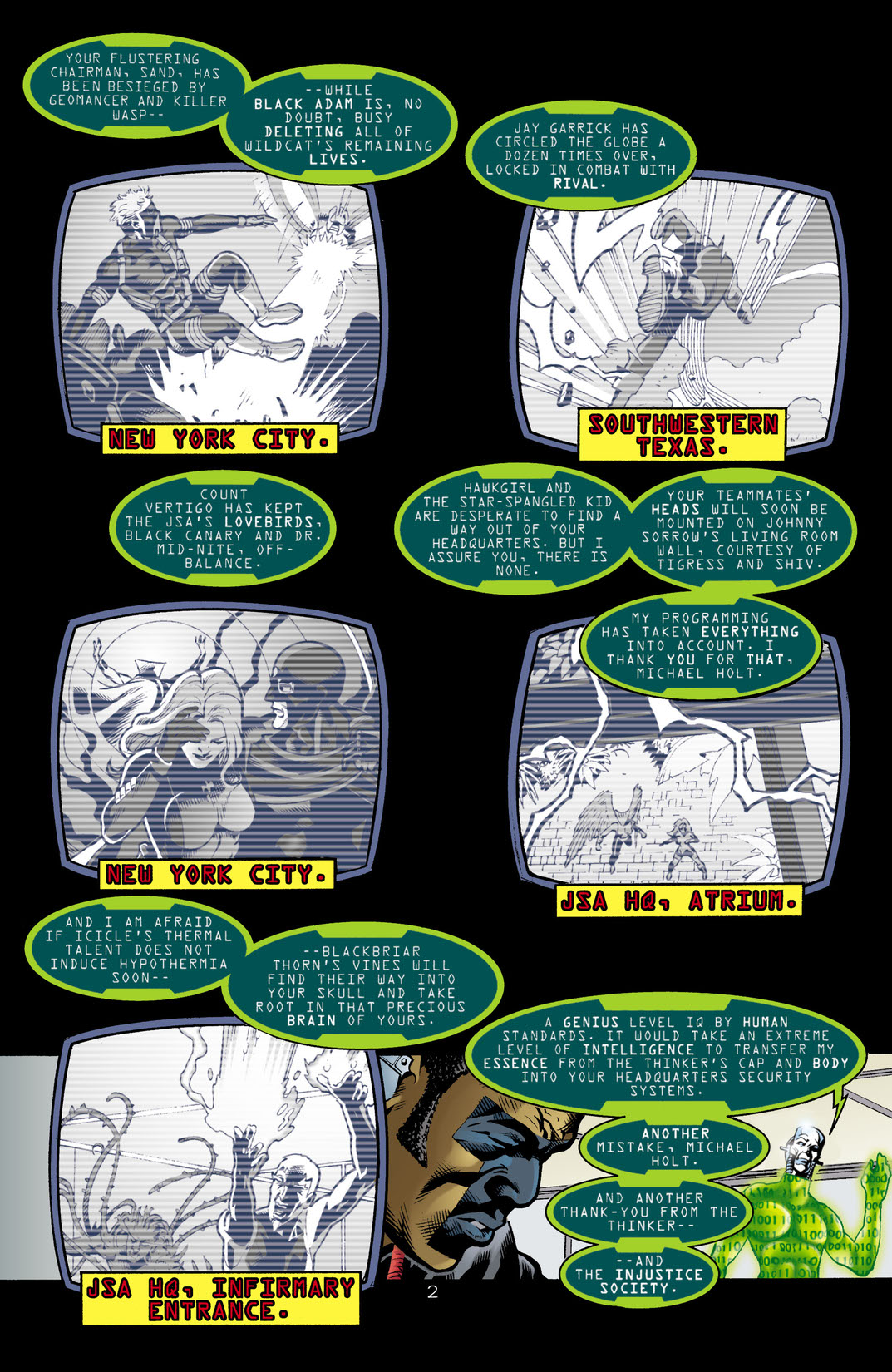 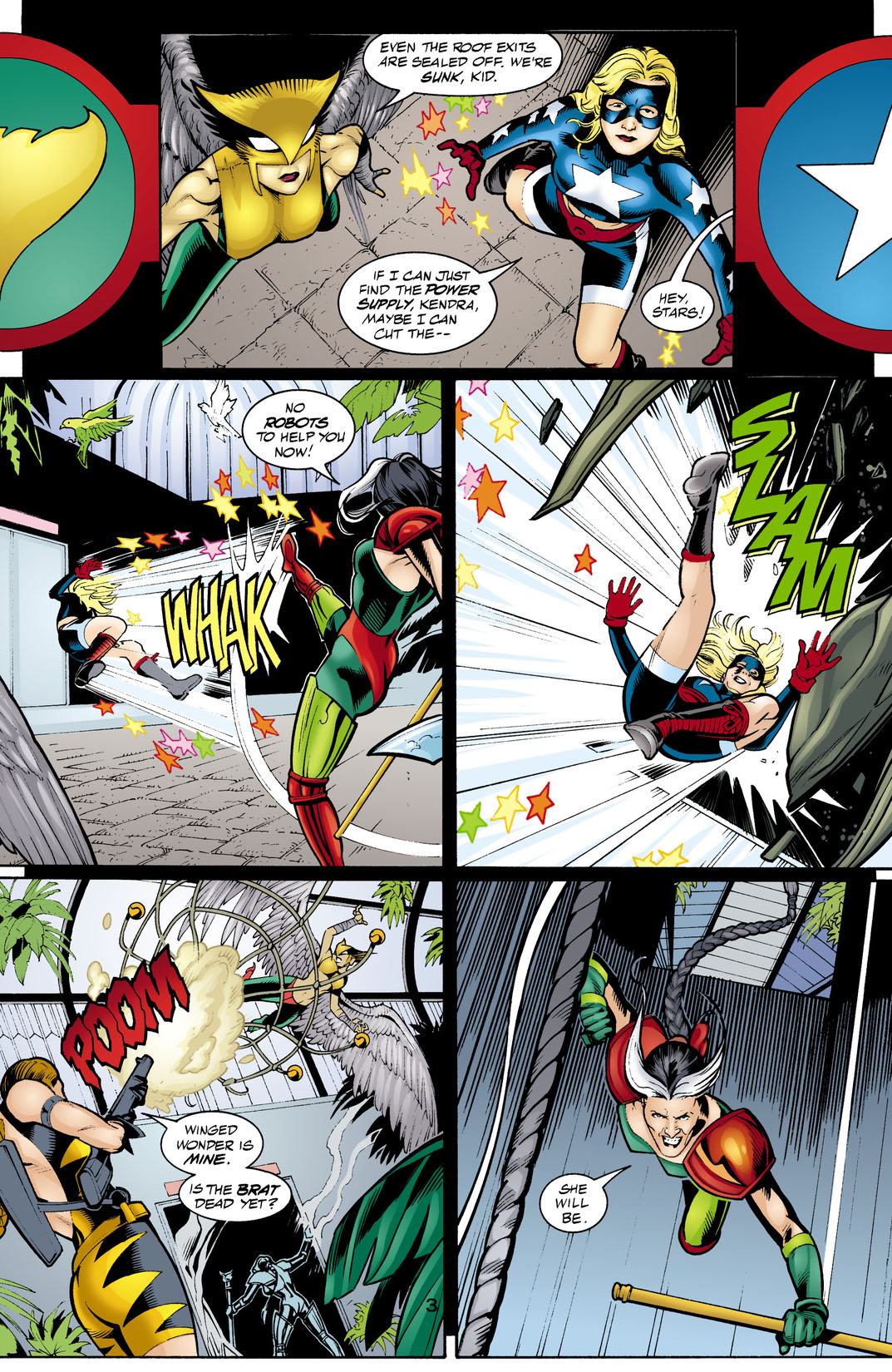 Johnny Sorrow's plan to free the King of Tears unfolds as the JSA squares off against its counterparts, resulting in startling transformations for Hawkgirl, the Flash and Doctor Mid-Nite! 'Injustice Be Done' part 2.