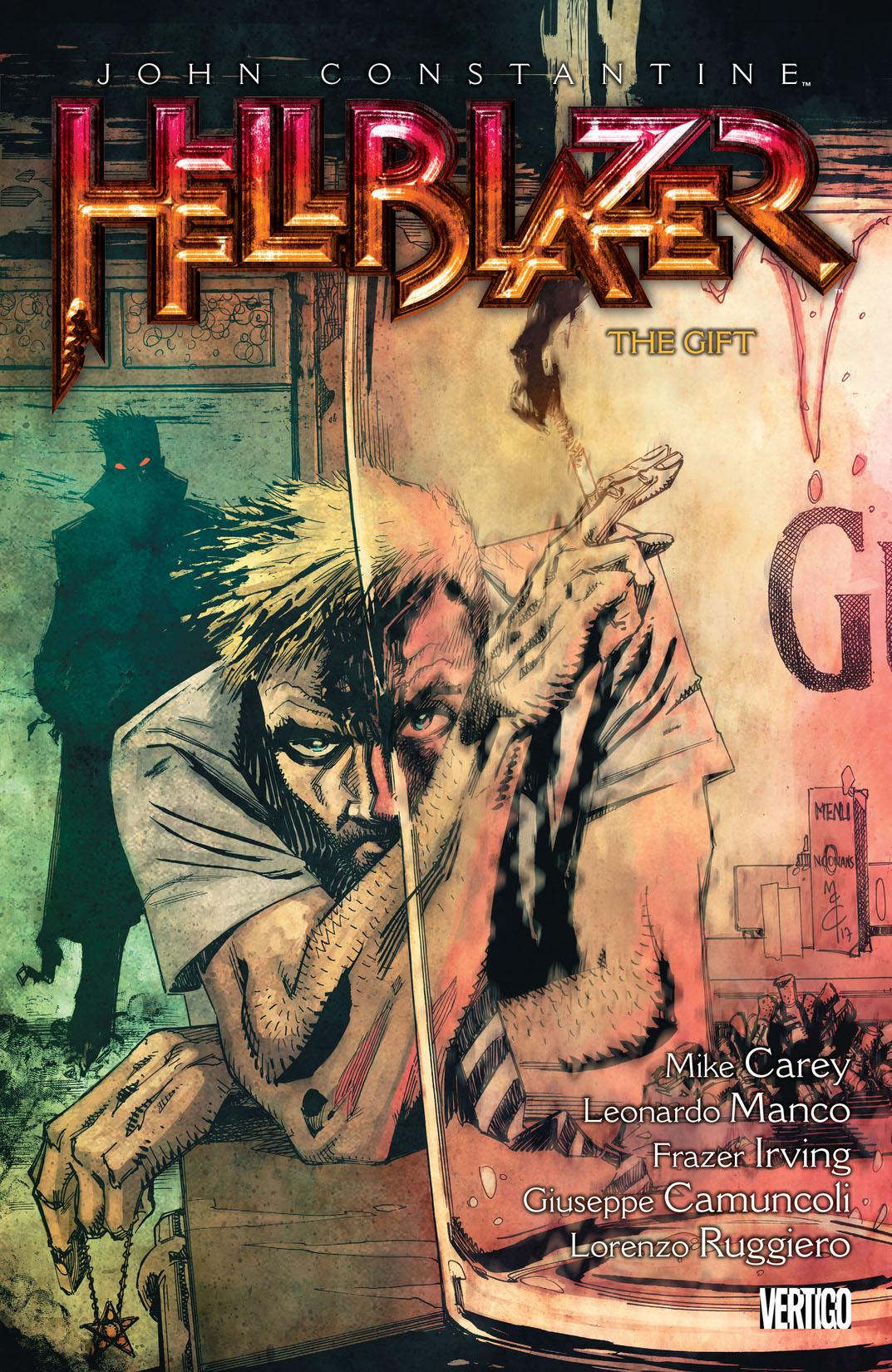 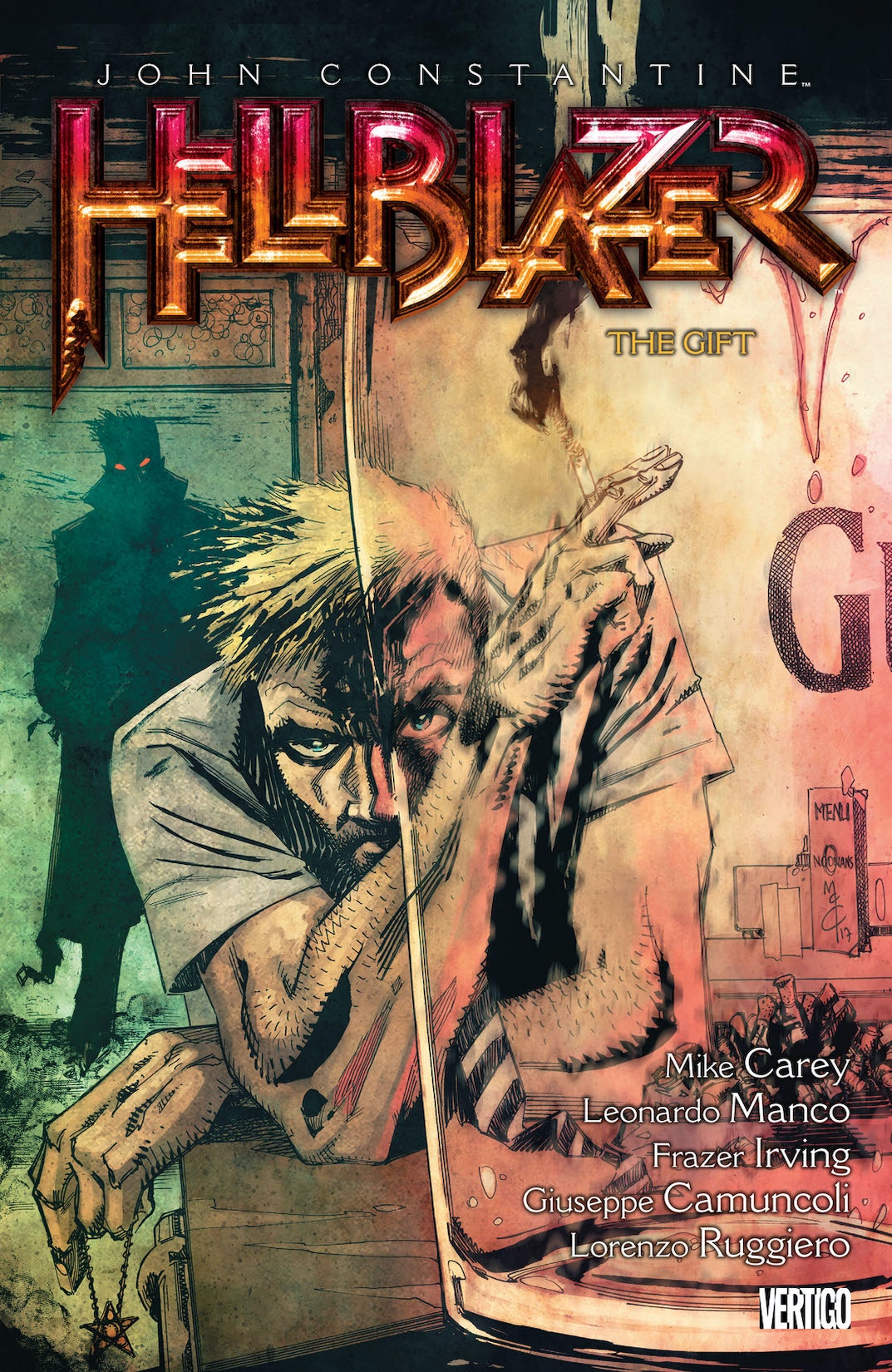 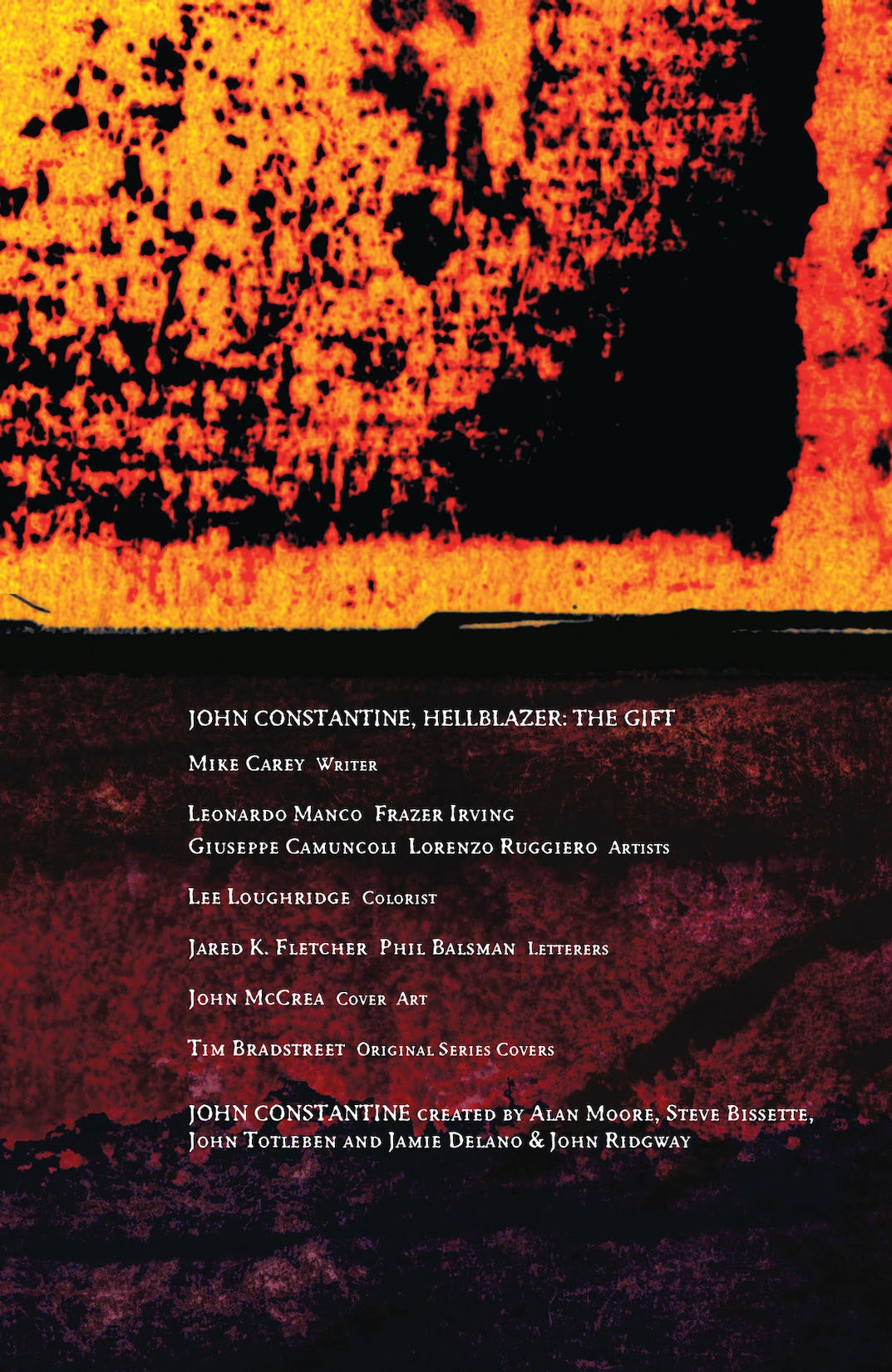 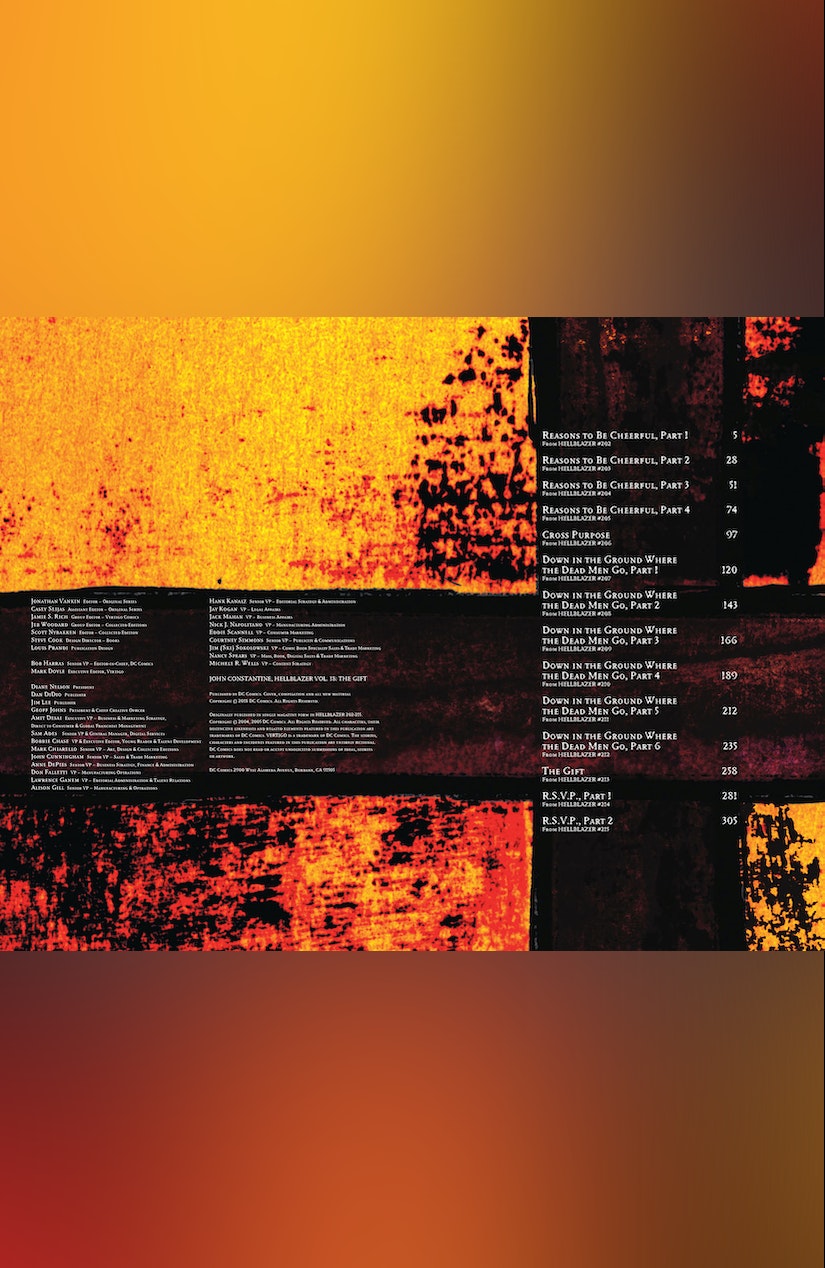 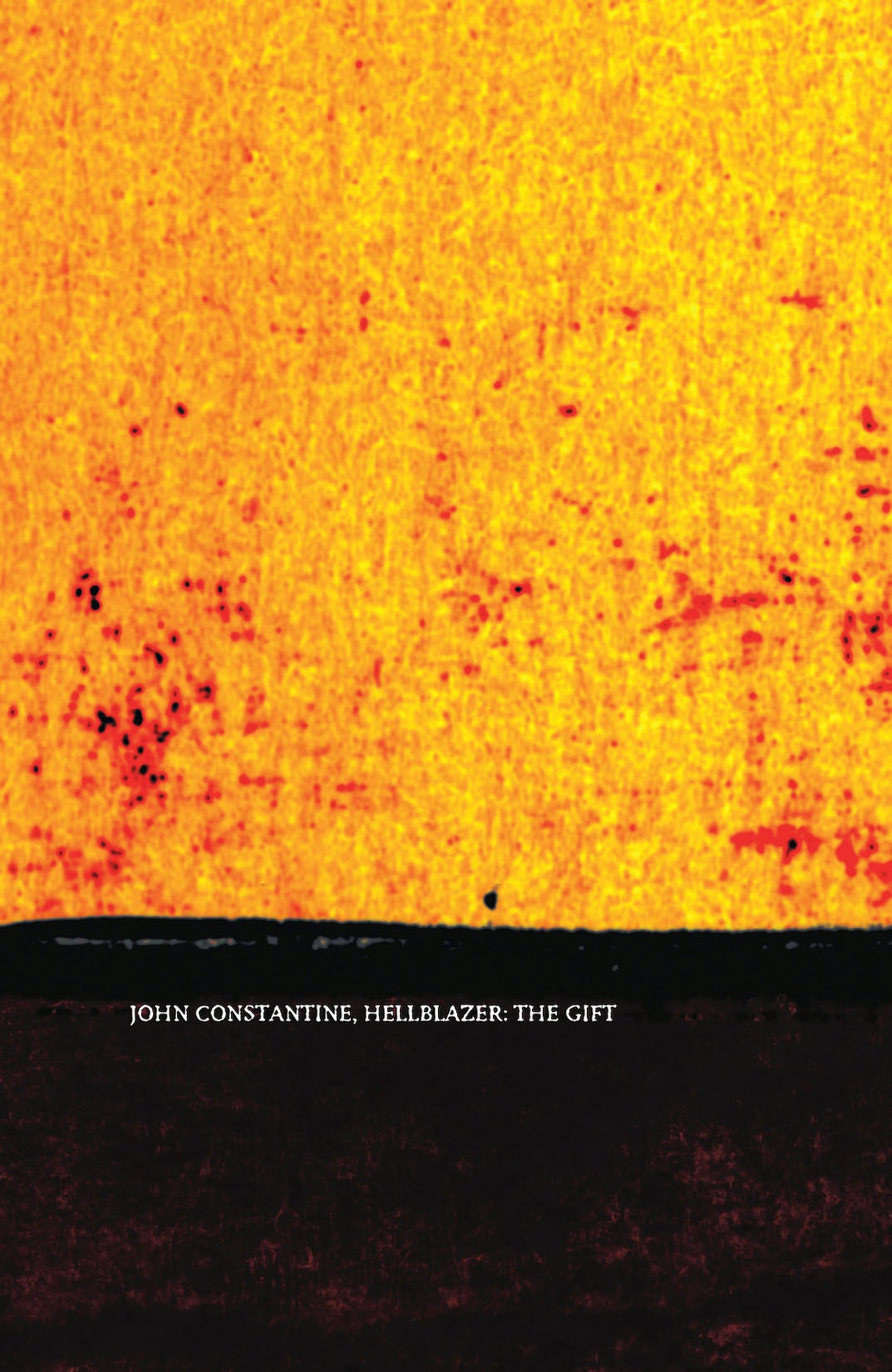 Acclaimed author Mike Carey concludes his groundbreaking run on London’s working-class magus with JOHN CONSTANTINE, HELLBLAZER VOL. 18: THE GIFT. To restore his mind and save his life, John Constantine was forced to give a day of his life to a she-demon named Rosacarnis. It was a bad bargain, and one that he knew he’d regret—but he had no idea how quickly everything would go straight to hell in its aftermath. Over the course of that single day, England’s savviest street sorcerer lived several lifetimes—and sired three infernal offspring, whose incandescent hatred of him was carefully nurtured by their mother. Luckily for Constantine, the blood he shares with his sulfurous brood makes it impossible for them to kill him outright. Unluckily, his dwindling roster of friends and loved ones enjoy no such protection. And now that war has been declared on all that John holds dear, the lives and souls of his best friend, his ex-flame, his niece and his sister are all fair game for the non-existent mercies of Rosacarnis and her family. Can Constantine defeat his progeny, their mother and their all-powerful grandfather? Or will the so-called gift of fatherhood finally be the death of him? Collects issues #202-215 of the signature VERTIGO series and featuring the artistic talents of Leonardo Manco, Frazer Irving, Giuseppe Camuncoli and Lorenzo Ruggiero.