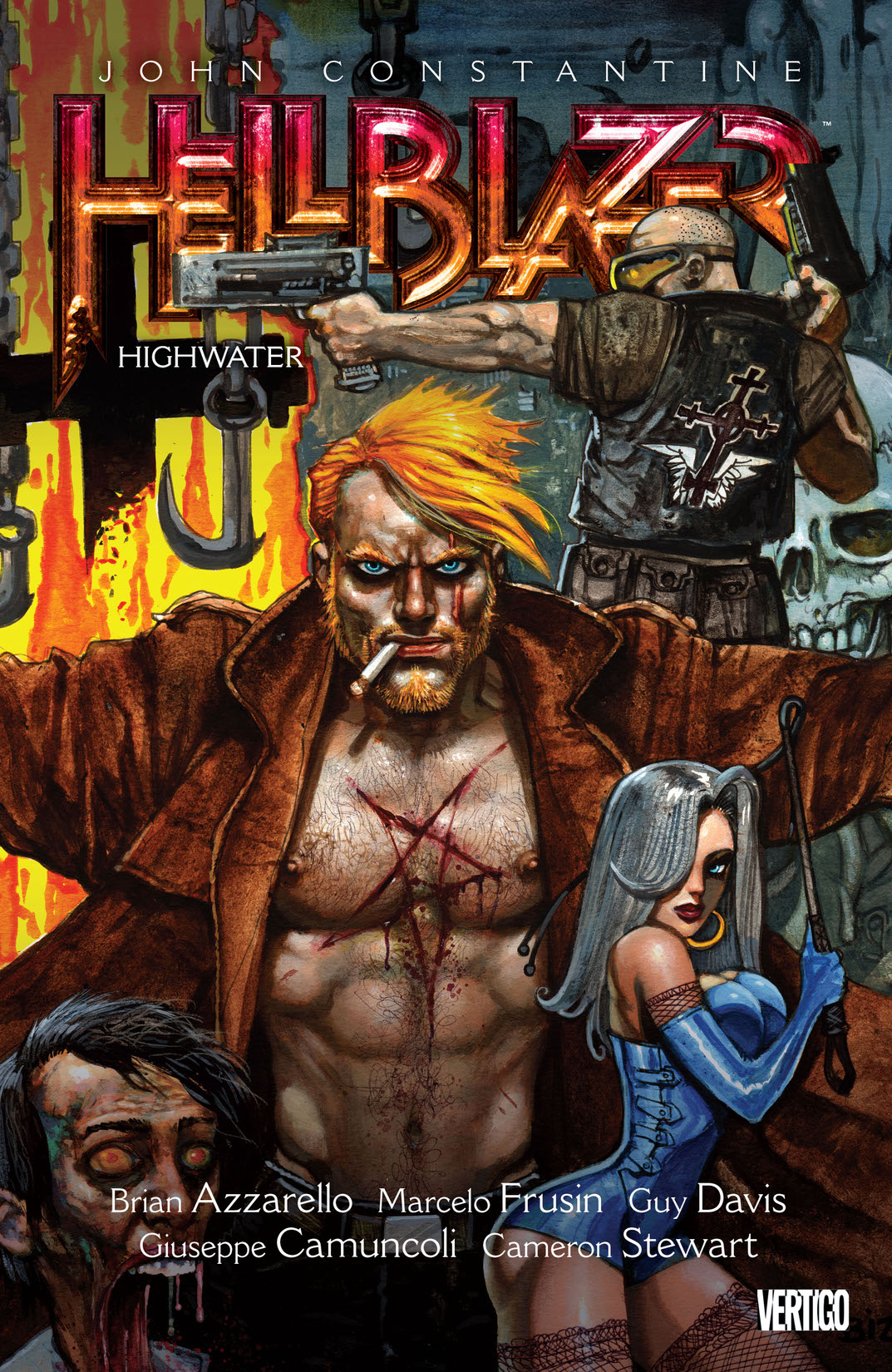 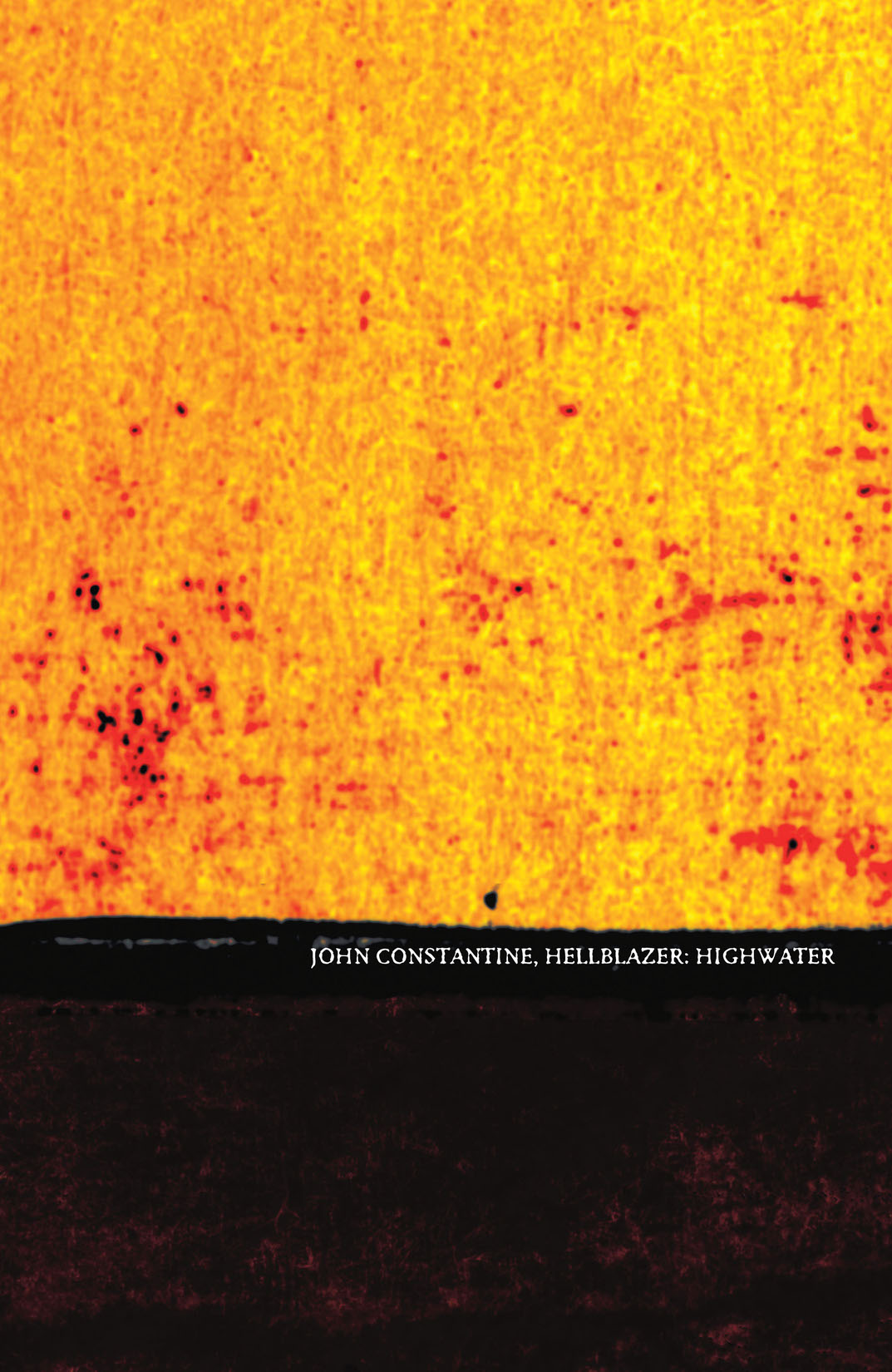 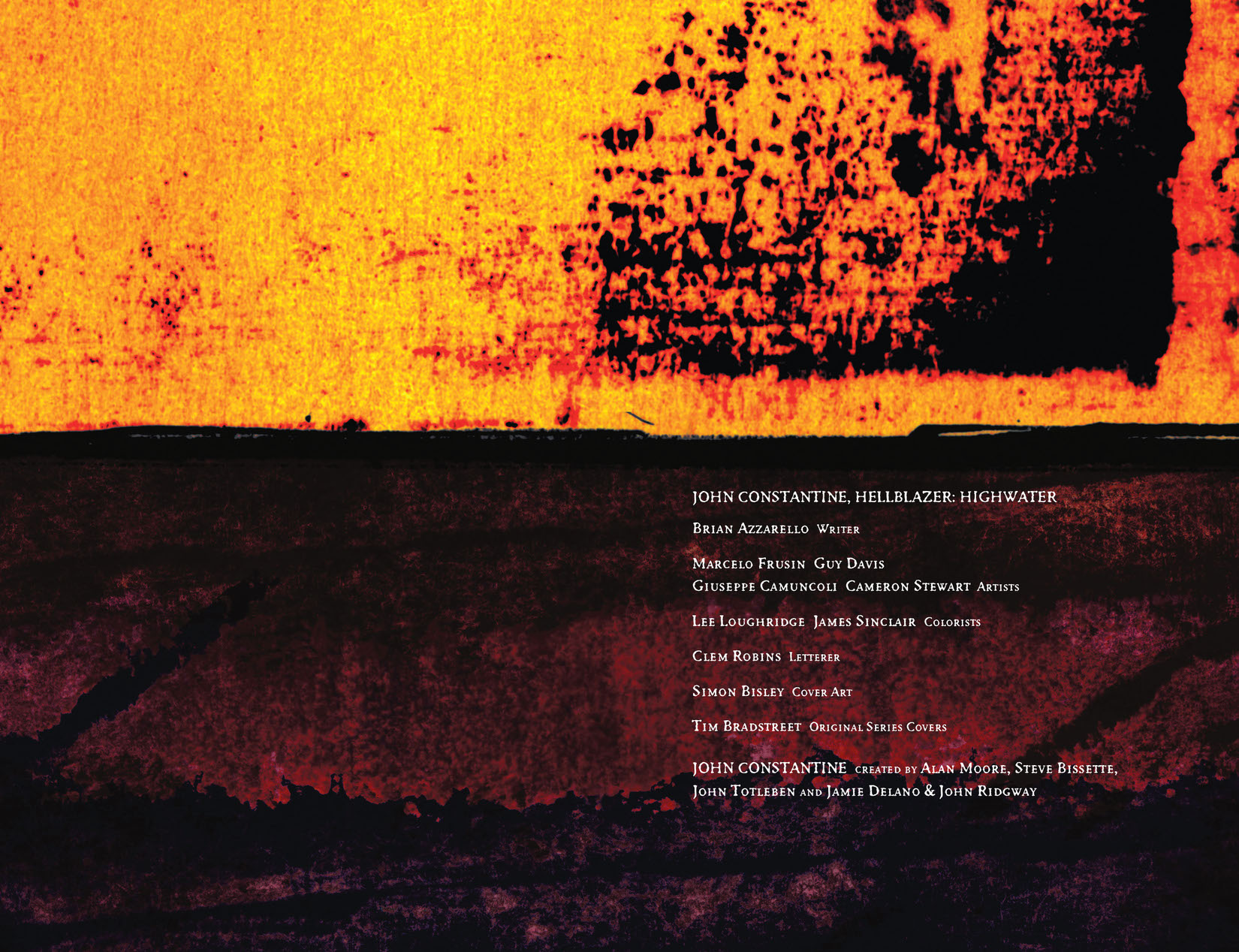 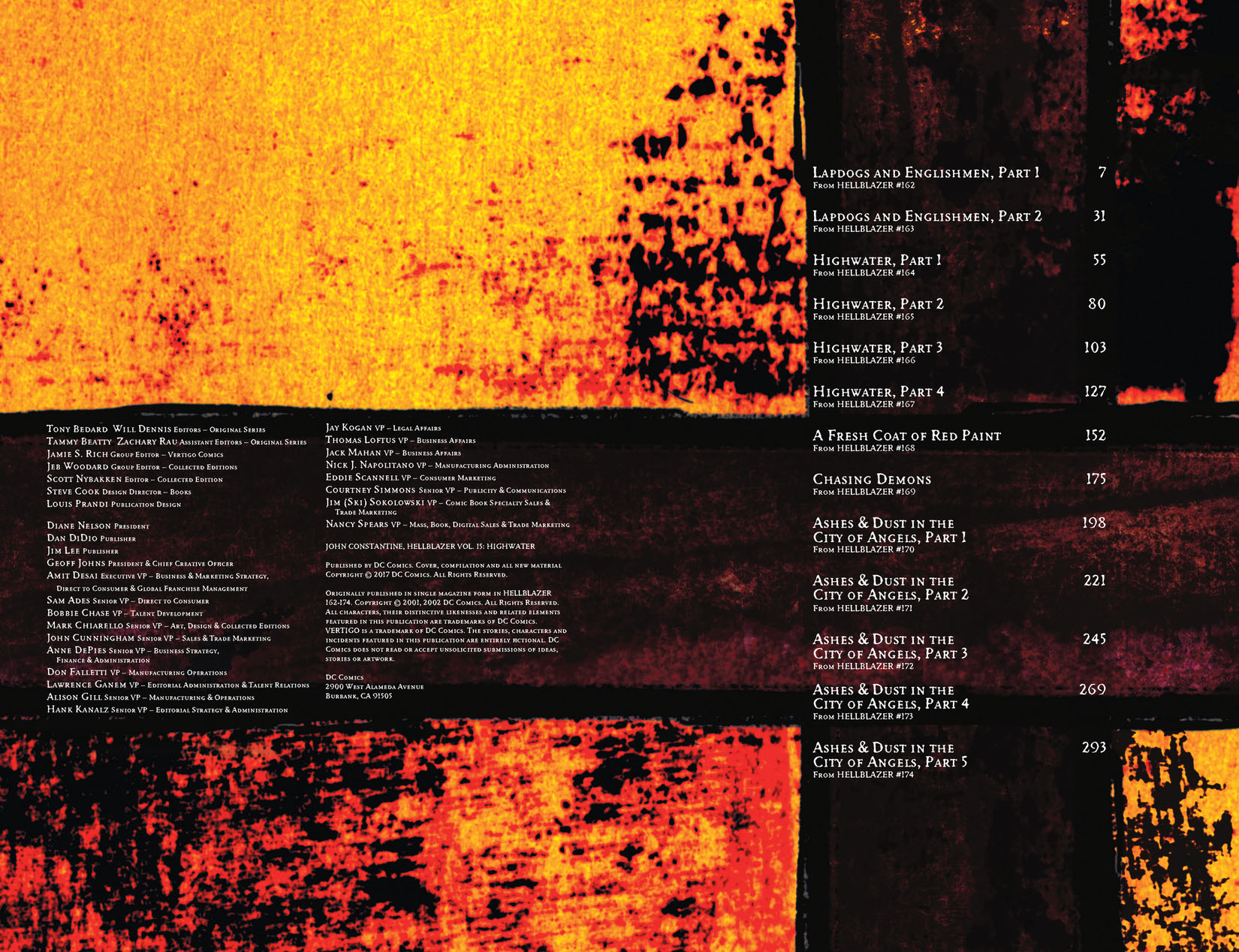 It’s been a long, hard road that John Constantine has followed across the badlands of America. After walking out of a burning maximum-security prison, into the hollows of Appalachia and through the snows of the Great Plains, England’s greatest magician is approaching the final leg of his intracontinental trek—and closing in on the real reason for the suicide of Richard “Lucky” Fermin, the trigger that set everything in motion to frame Constantine for murder. To reach the end of this long and dangerous trail, however, he will have to pass through the bellies of two very different beasts: first, a nest of white supremacists in rural Montana, where Fermin’s widow has settled; and then, finally, Los Angeles—capital of an entire empire of decadence and home to the singularly American corruption that has hounded Constantine halfway around the globe. Legendary comics author Brian Azzarello concludes his acclaimed cross-country saga with JOHN CONSTANTINE, HELLBLAZER VOL. 15: HIGHWATER, collecting issues 162-174 of the signature Vertigo series and featuring stunning art from Marcelo Frusin, Guy Davis, Giuseppe Camuncoli and Cameron Stewart.