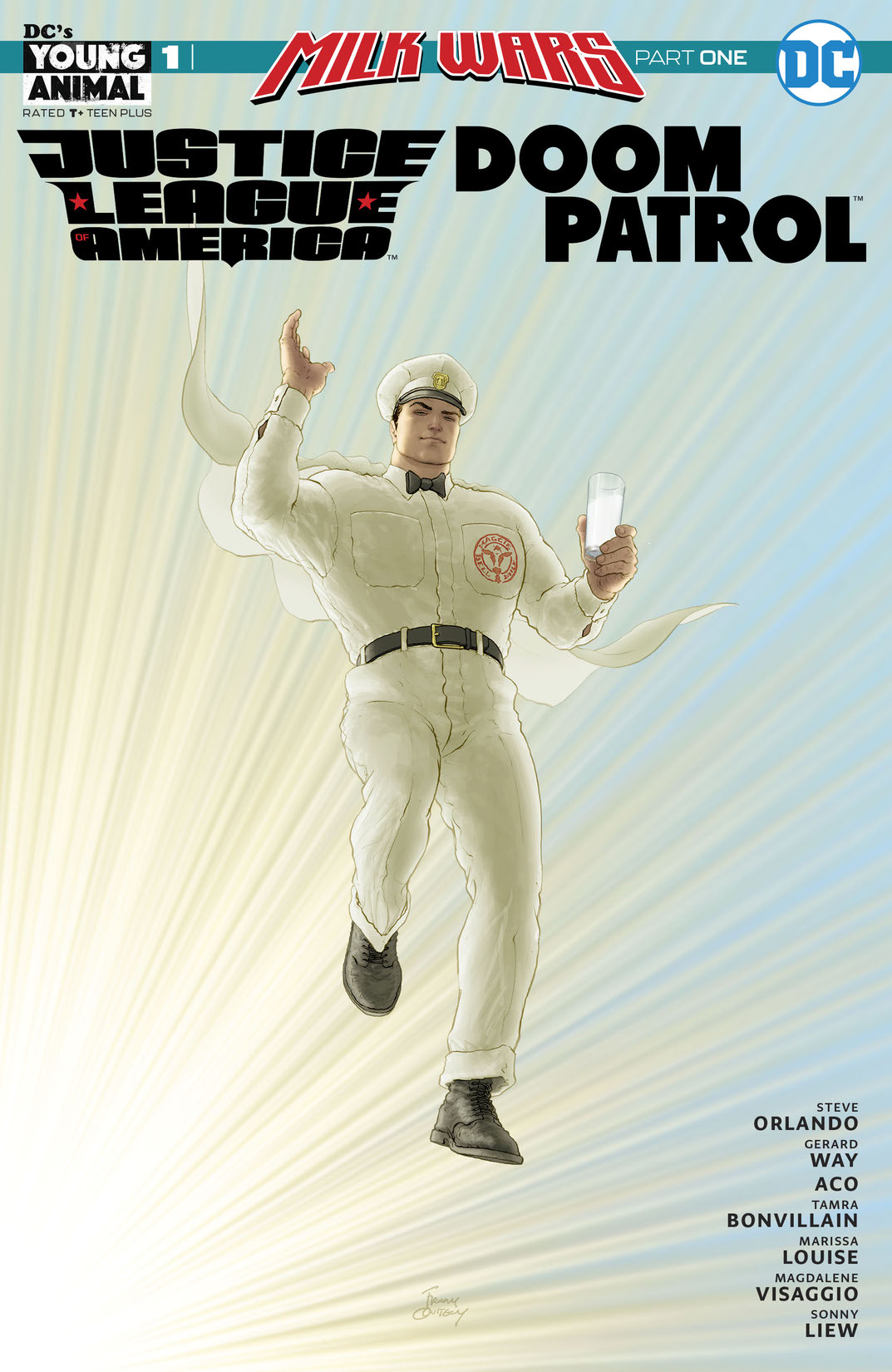 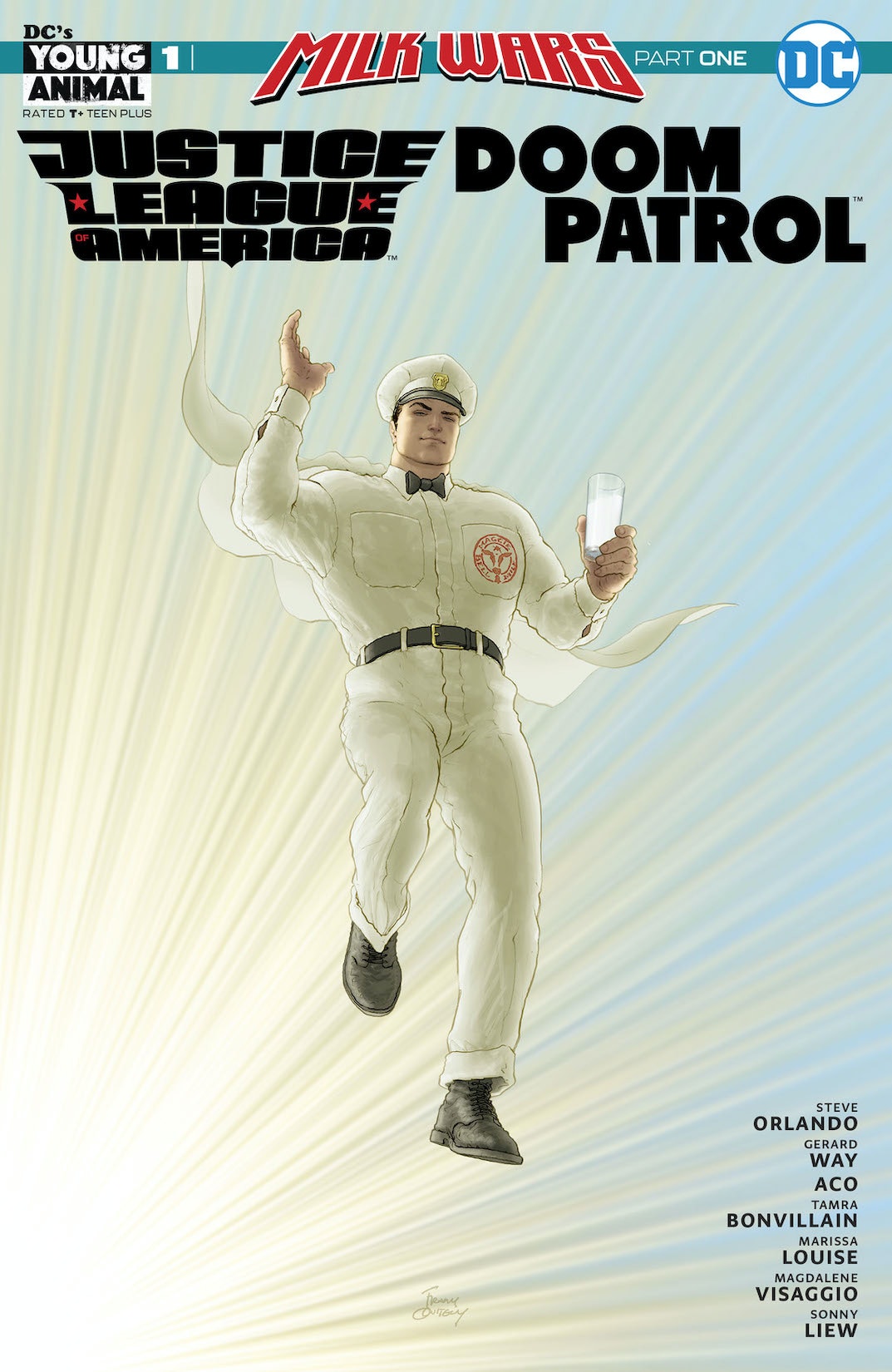 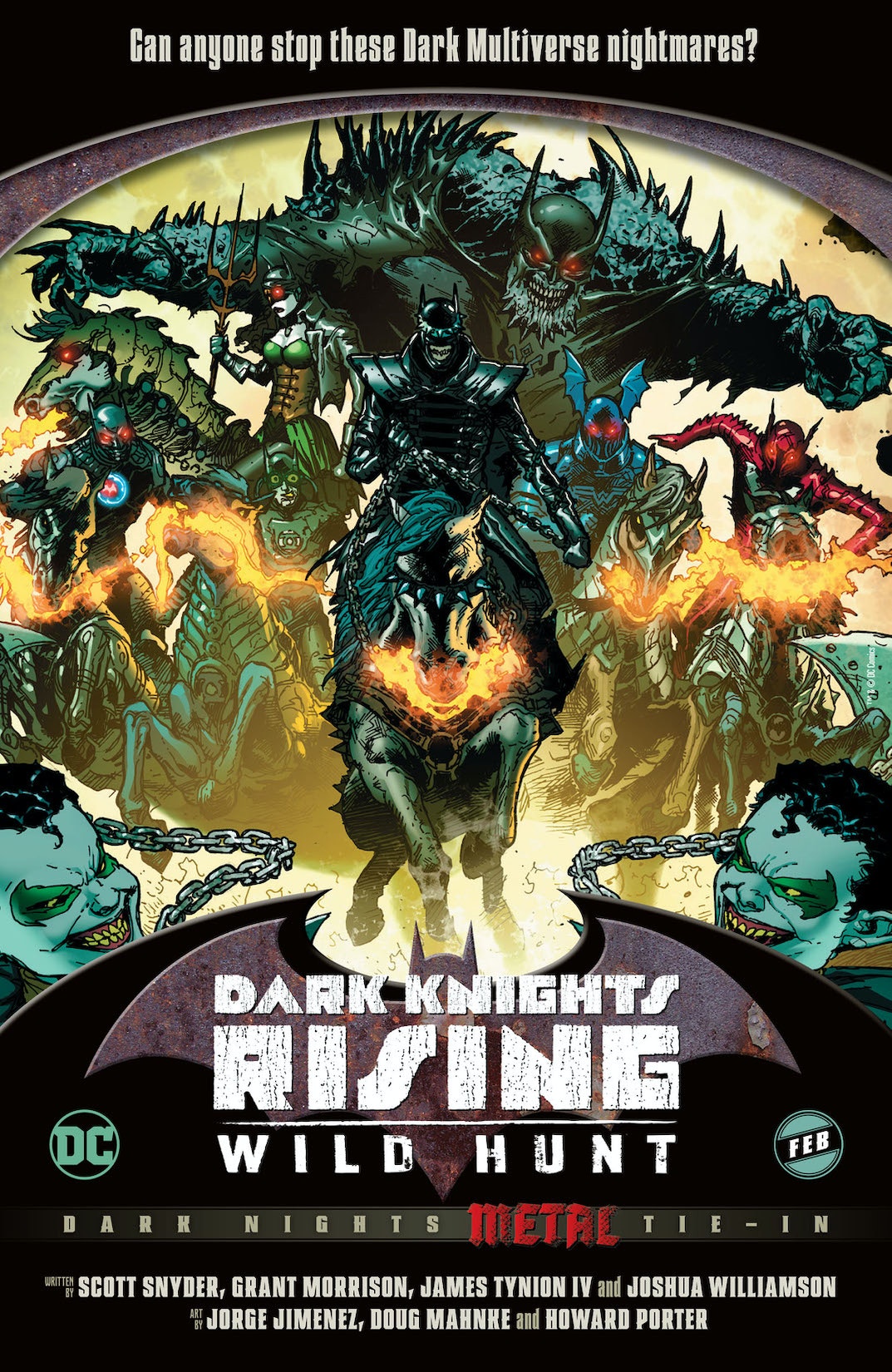 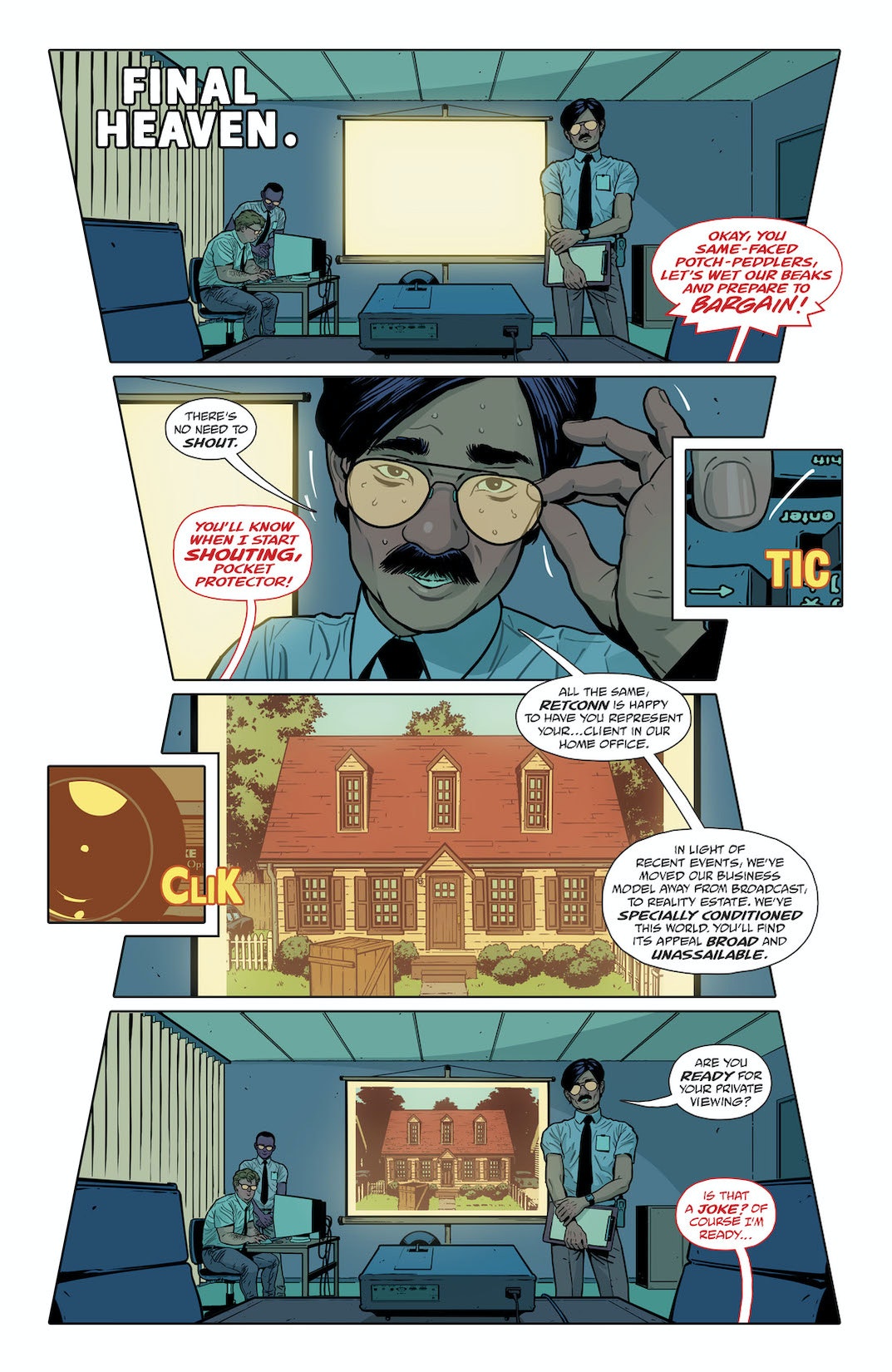 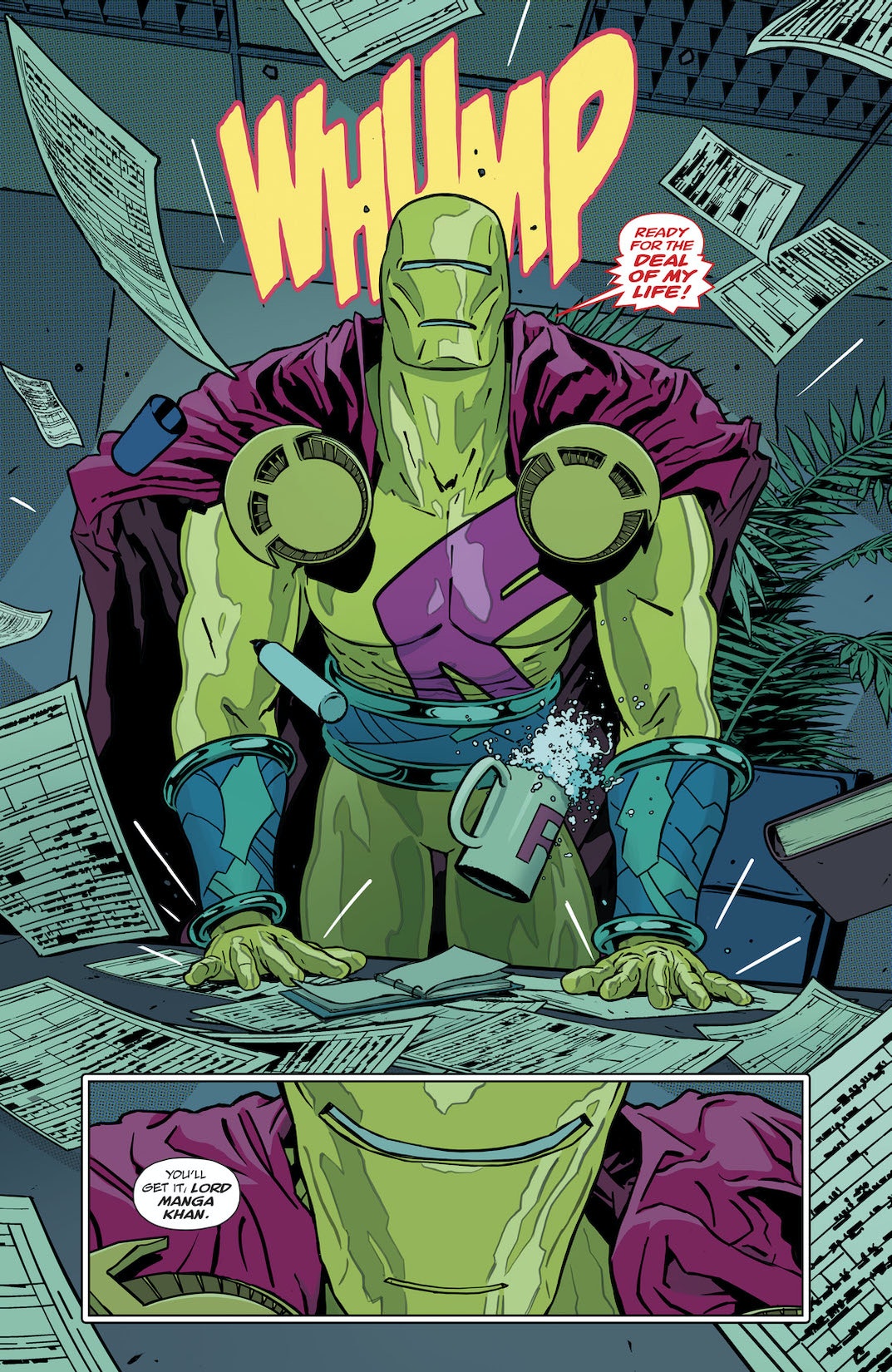 “MILK WARS” part one! Welcome to the un-event of the year! Kicking off a line-wide adventure, DC’s Young Animal collides with the DC Universe to bring you a different kind of crossover. The Doom Patrol has discovered that an interdimensional corporation called RetCo has been stealing stories, reconfiguring them and repackaging them for new markets. Our gang of misfit heroes have felt the touch of this nefarious company, and it has already started to change them. Even scarier, though, is how deeply RetCo has embedded itself into current continuity, using the radioactive milk of psychic cows to quell the more dangerous impulses of the Justice League and turn them into heroes safe for the masses. And to kick this off, RetCo has gone all the way to the top. Meet Milkman Man, heretofore unknown final son of Krypton, who was sent to our planet to save him from the destruction of his homeworld, only to be adopted by an evil dairy farmer and raised to love all things dairy! Co-plotted by Steve Orlando and Gerard Way, with art by ACO (MIDNIGHTER), this extra-sized special starts “Milk Wars” with a splash! Plus, who is Eternity Girl, and how does she connect to this whole scheme? A special four-part back-up feature by Magdalene Visaggio (Kim and Kim) and Sonny Liew (The Art of Charlie Chan Hock Chye) begins here.