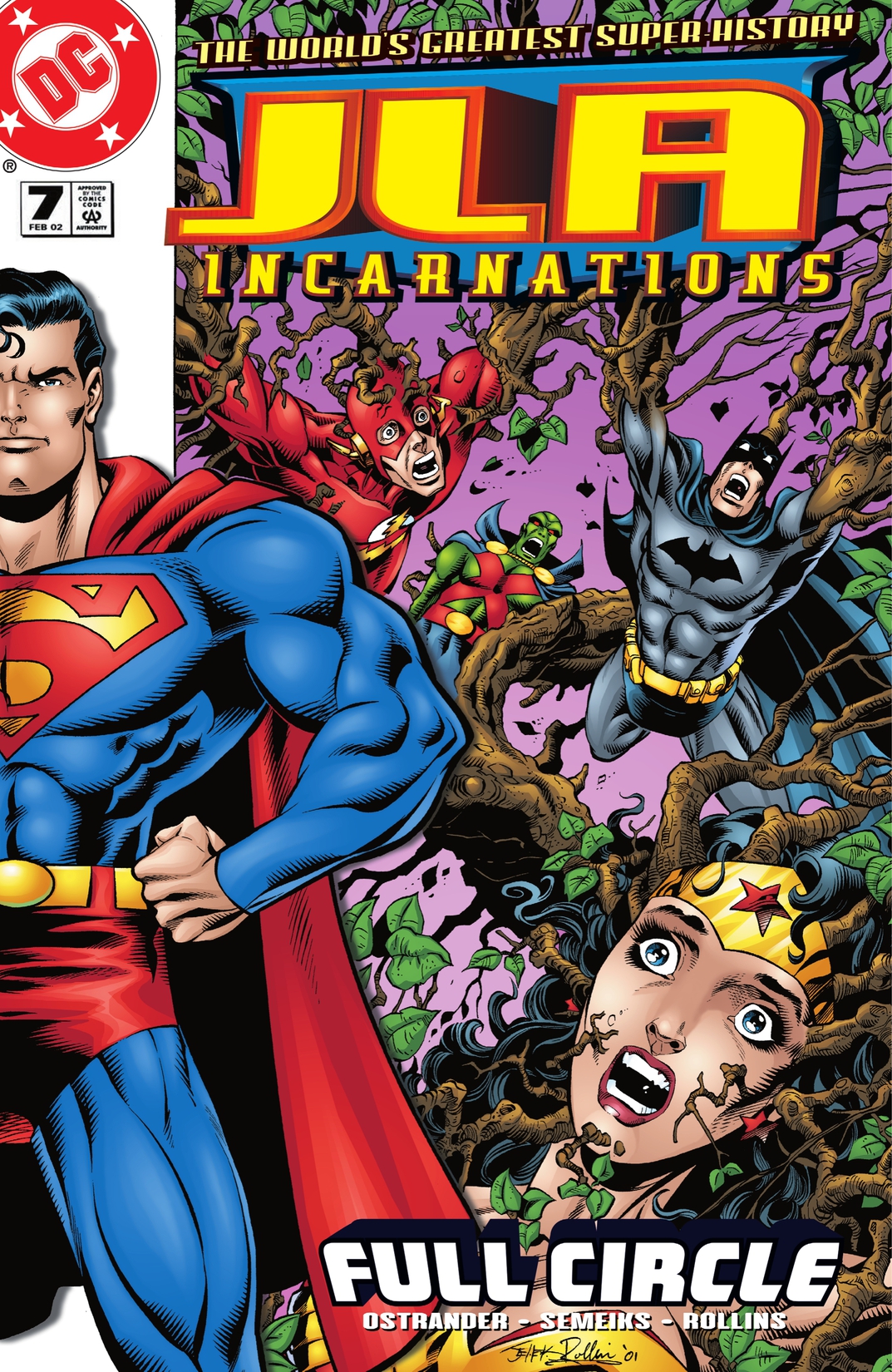 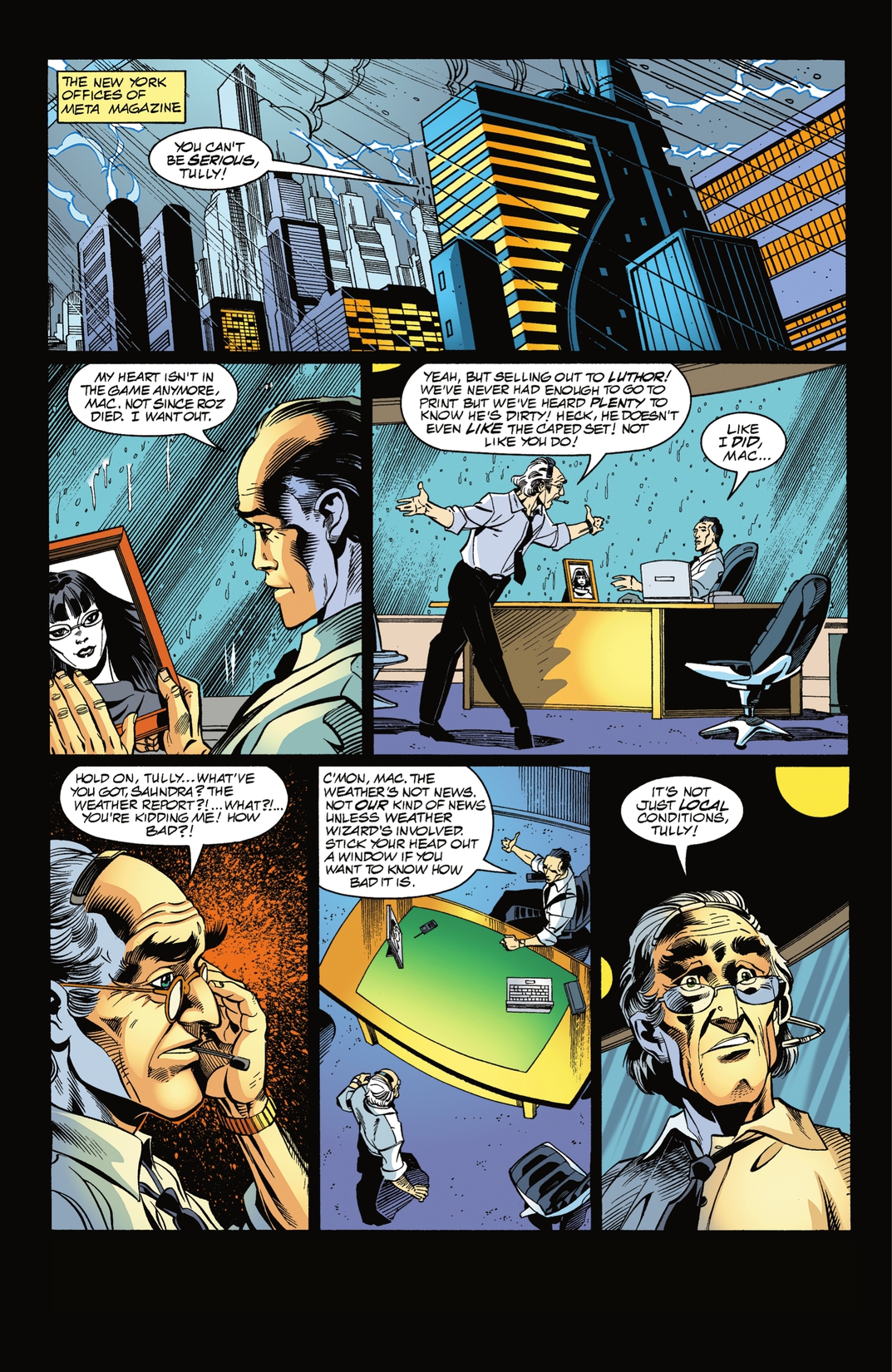 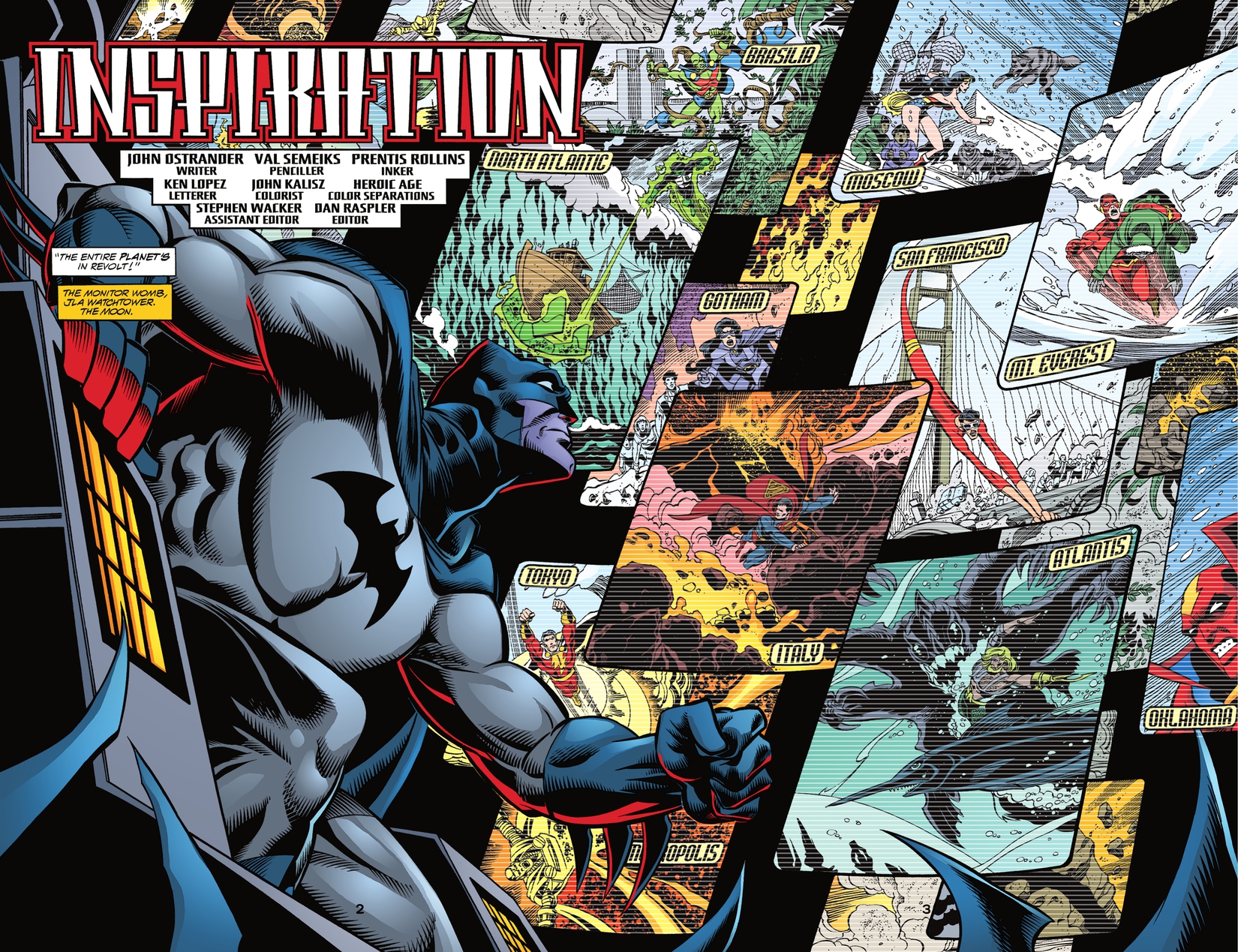 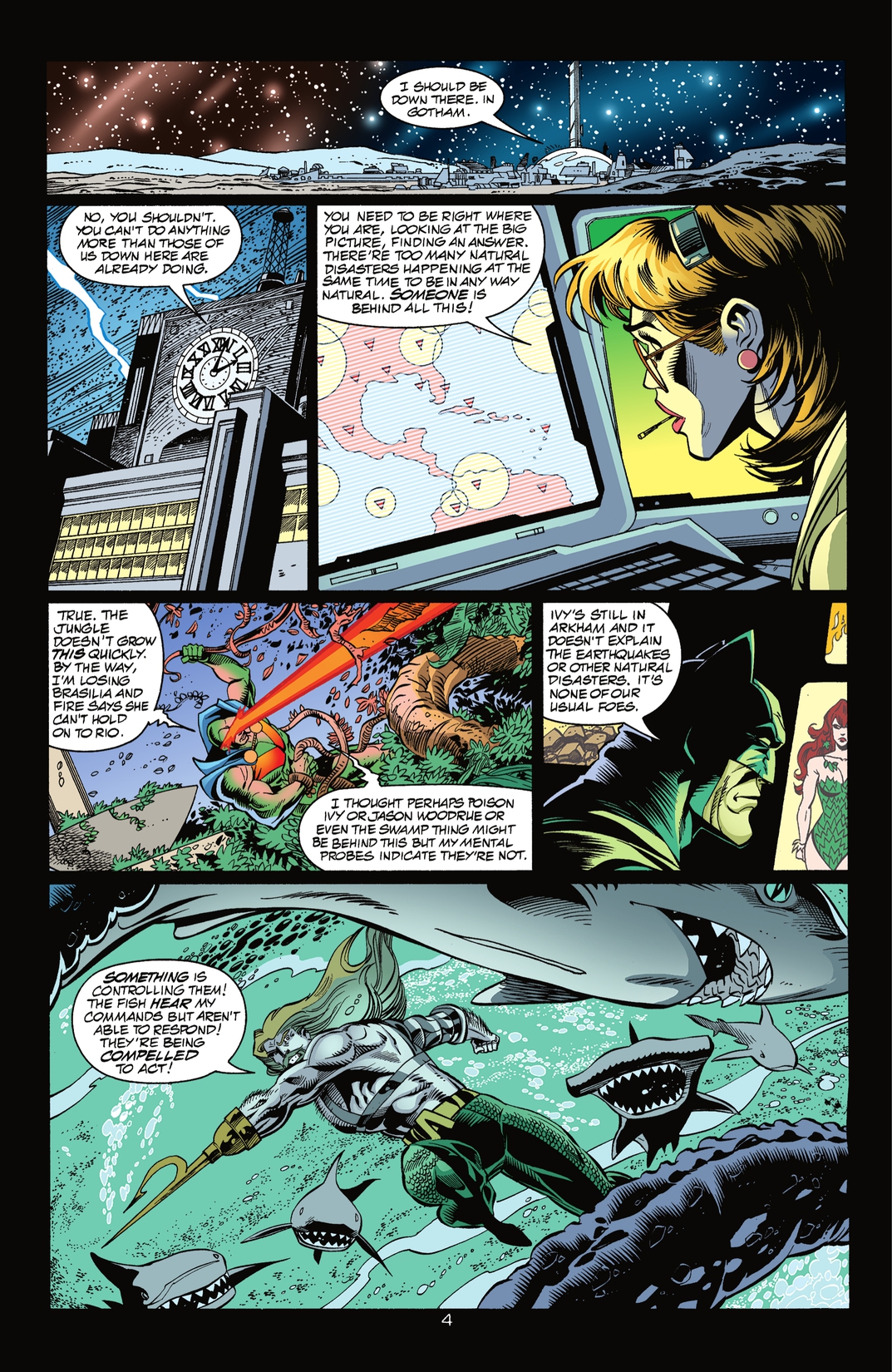 "Inspiration". The final issue of the series. A story from the JLA Watchtower era of the Justice League, who find themselves battling simultaneous natural disasters across the globe. The Earth seemingly in revolt against itself. But the JLA soon discovers that the planet itself is under the control of Appelaxian invaders who have secretly displaced Gaea as the controlling spirit of the Earth.