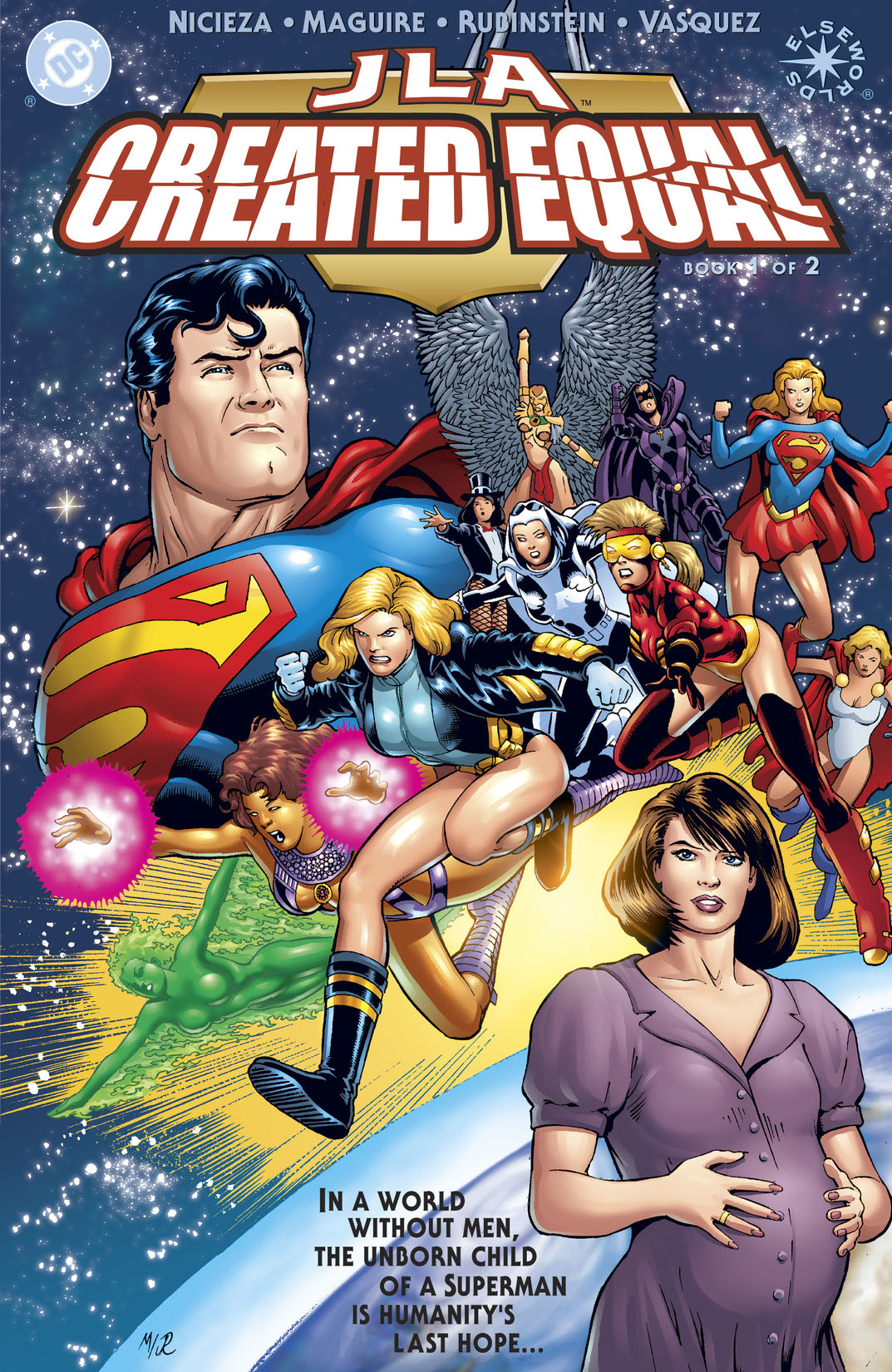 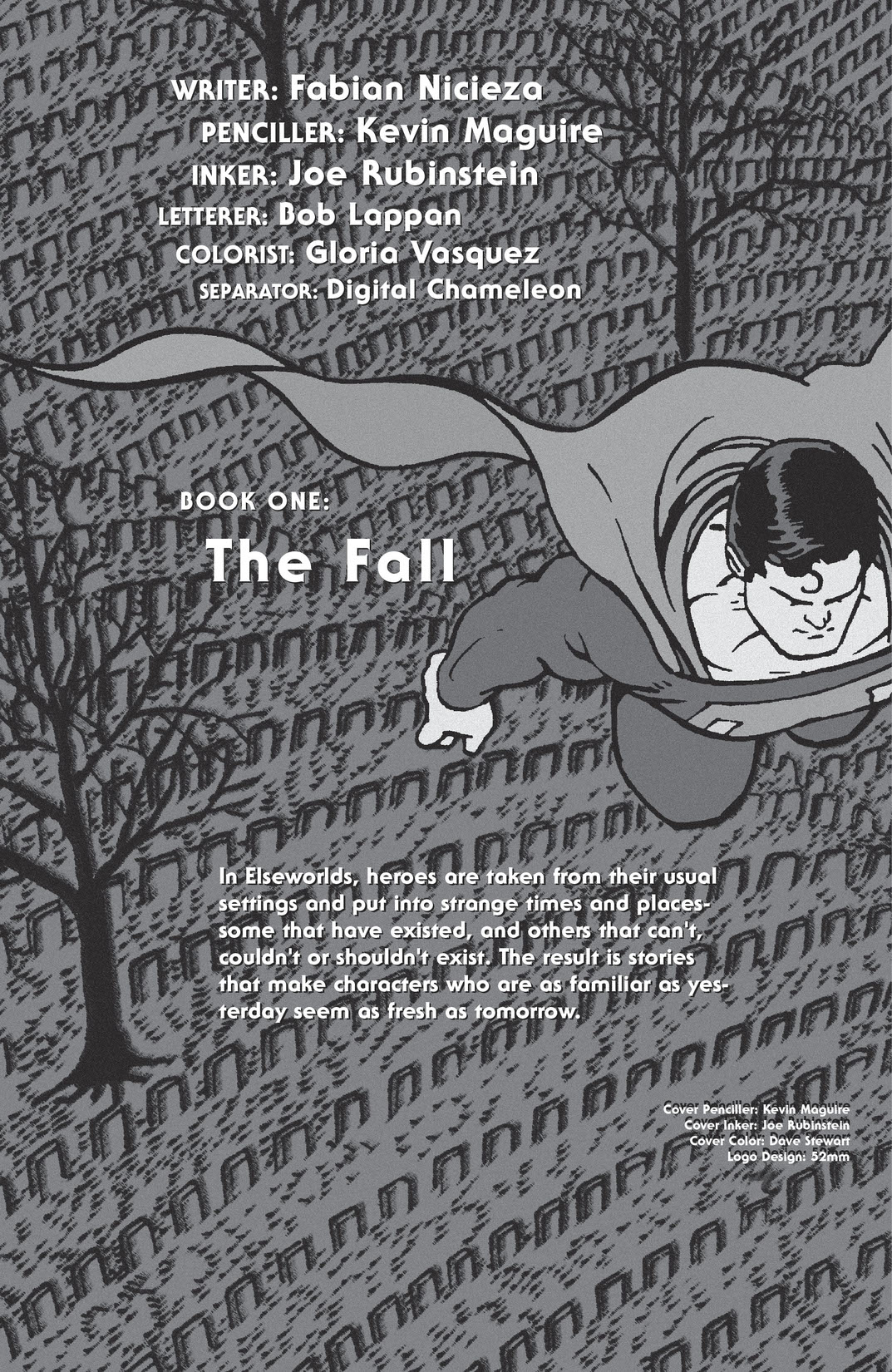 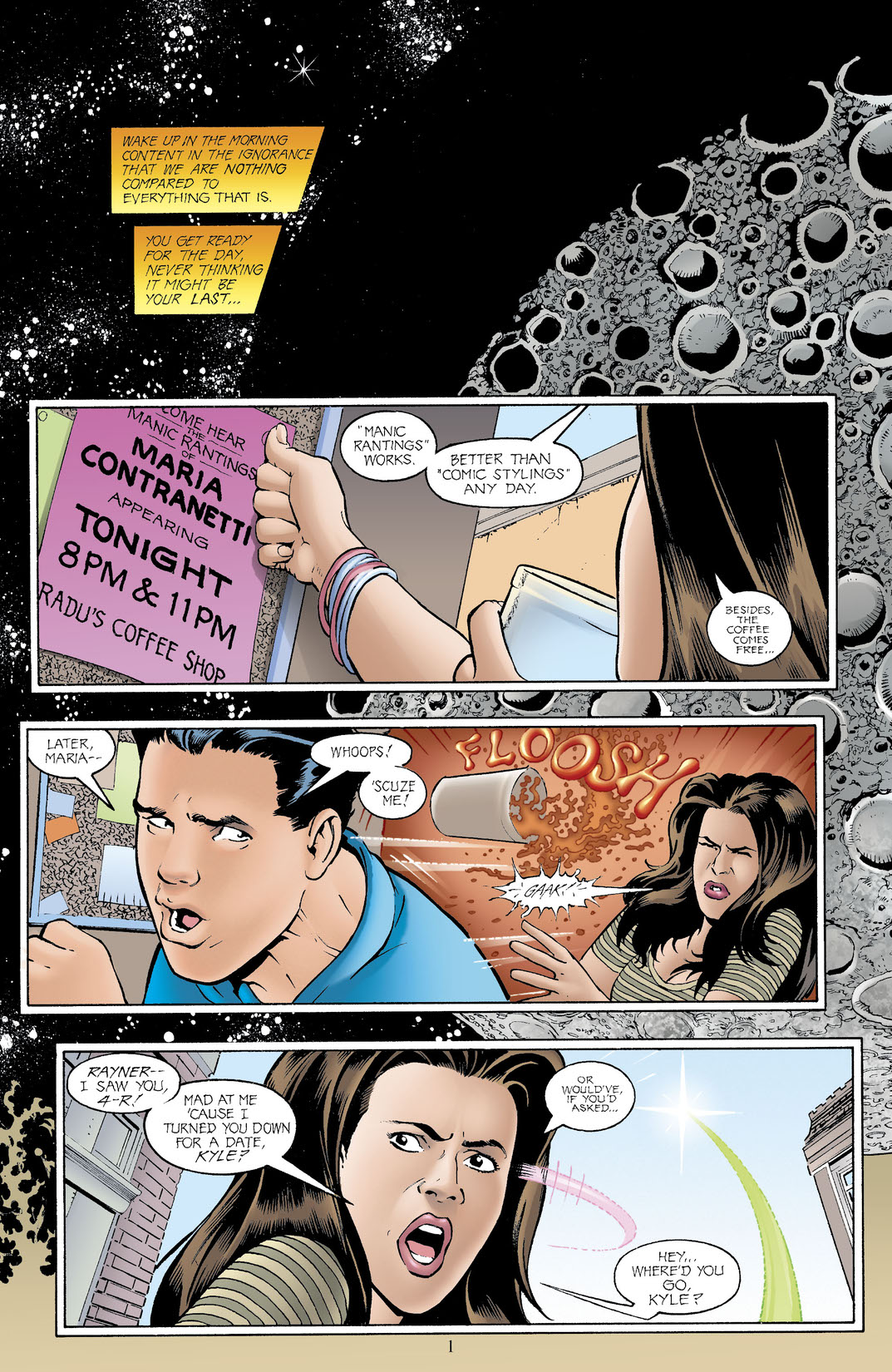 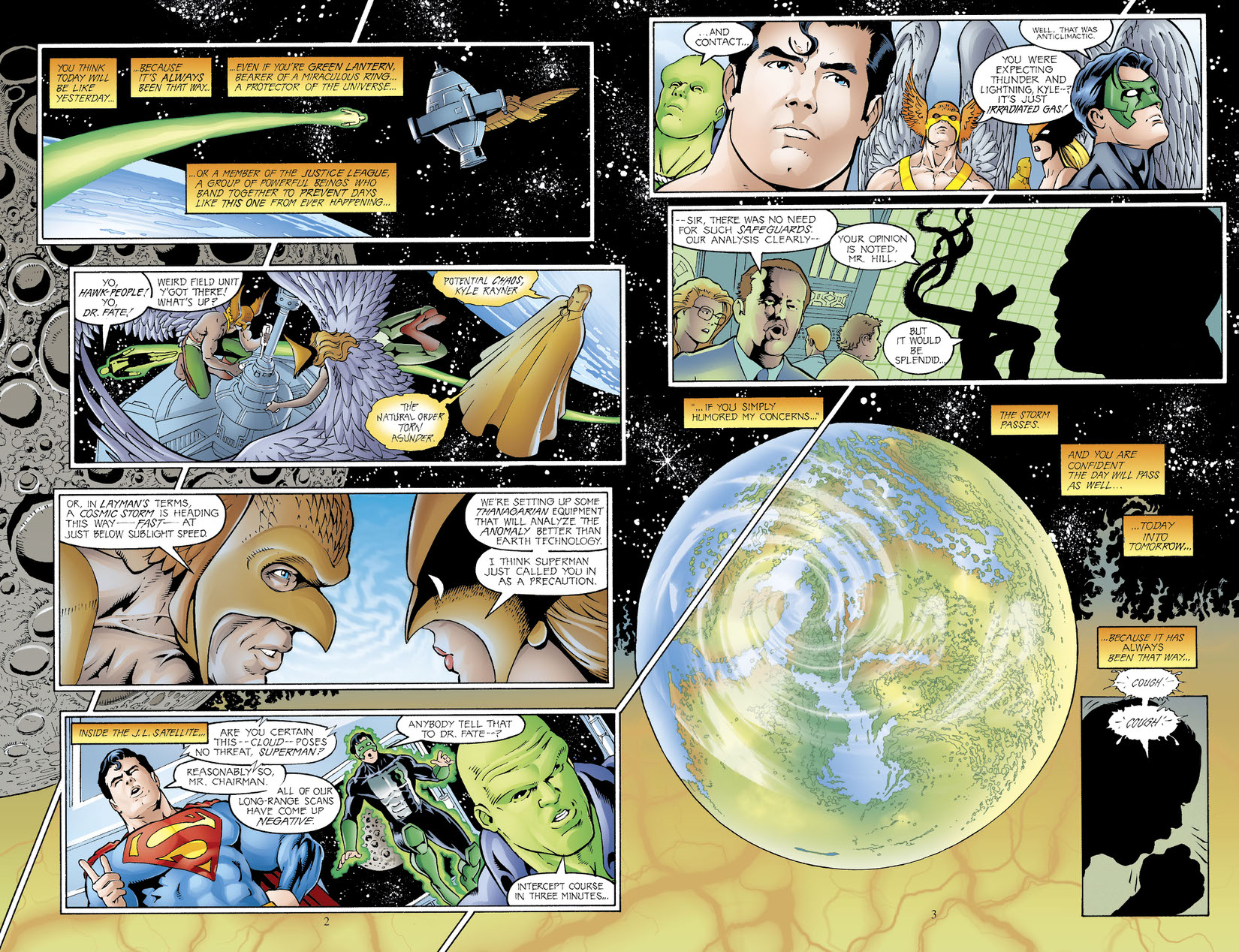 In JLA: CREATED EQUAL #1, a deadly virus cuts through the world’s male population, leaving only two men alive in a world of women: Superman, whose Kryptonian physiology has rendered him immune, and Lex Luthor, who has kept himself safe in an isolation suit. But this is no adolescent fantasy. As the female superheroes of the planet unite to keep things together and face the immense task of rebuilding the world, it isn’t long before the biggest issue rises up: What about the future of humankind? The only hope may rest with Lois Lane, pregnant with Superman’s child. Luthor announces that the baby will survive...but only if Superman leaves the Earth before his son is born! Luthor’s science seems unassailable, but what of his motives? What sinister plans does he have for the son of his most hated foe? The answers are not fully revealed until CREATED EQUAL’s shocking conclusion, when the Man of Steel returns to Earth after more than a decade of exile. Finding his son leading a revolt against the world’s leaders on Wonder Woman’s Paradise Island, which side will Superman take? That of his former allies or that of the son he’s never known?