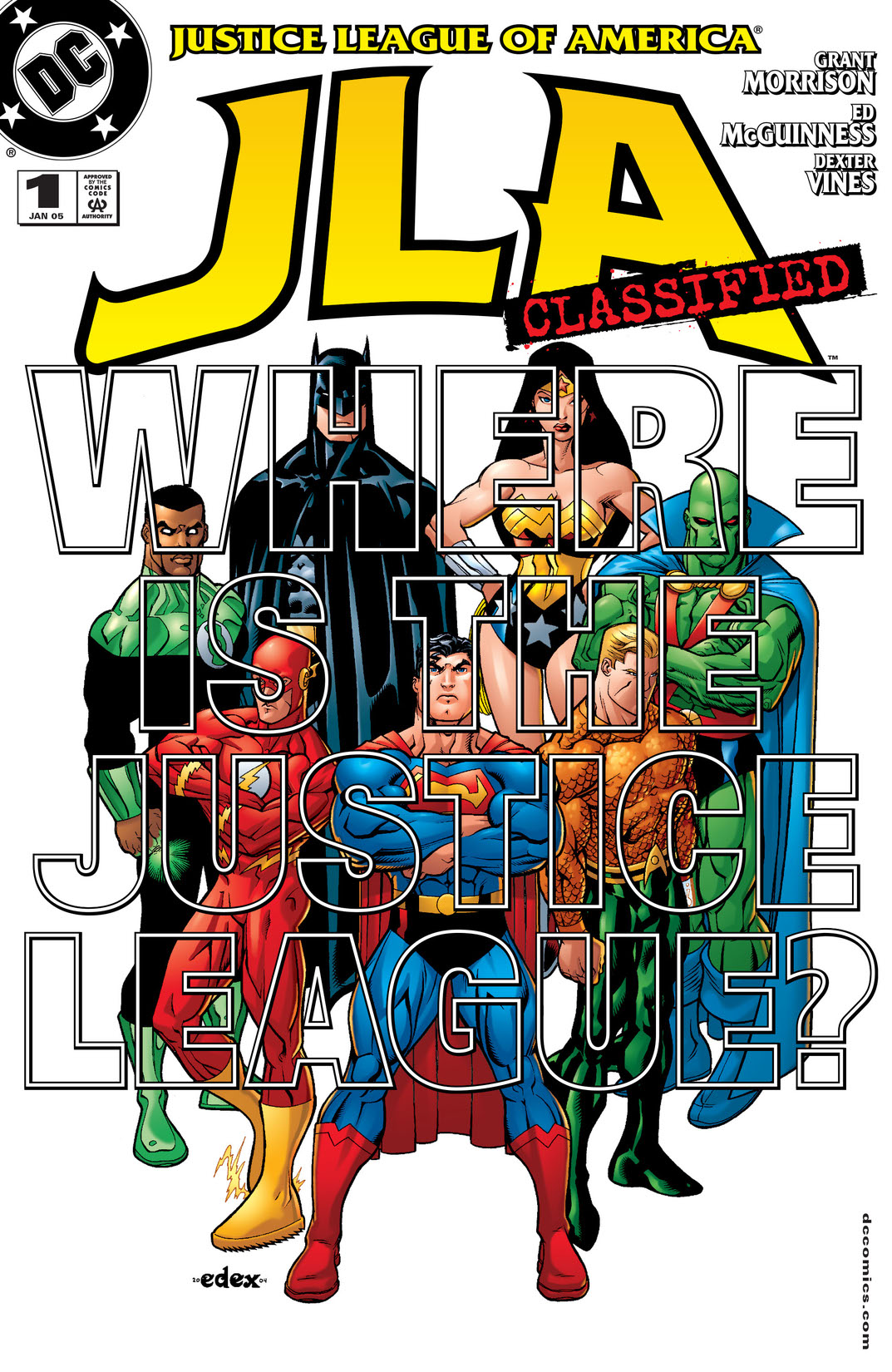 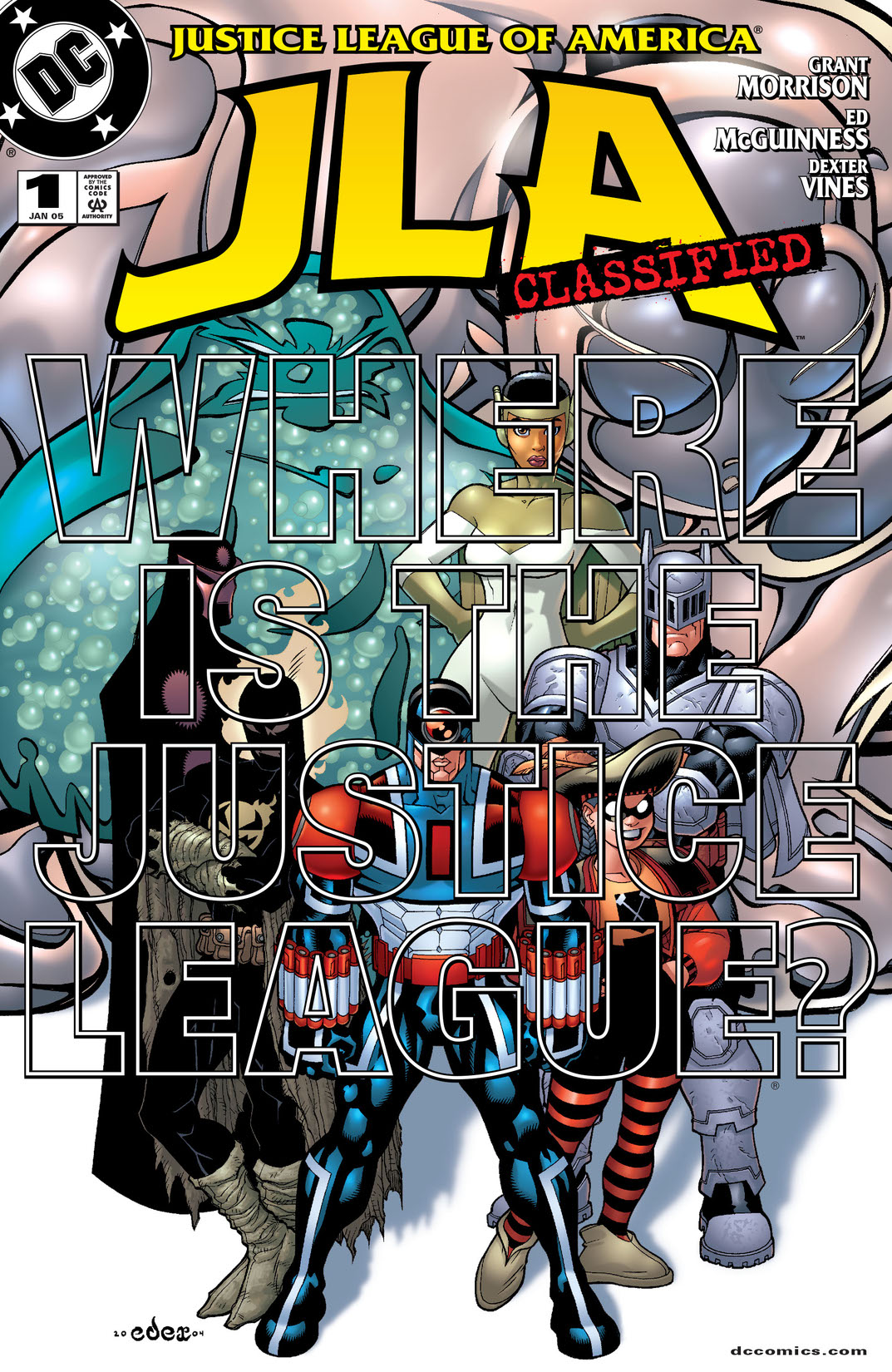 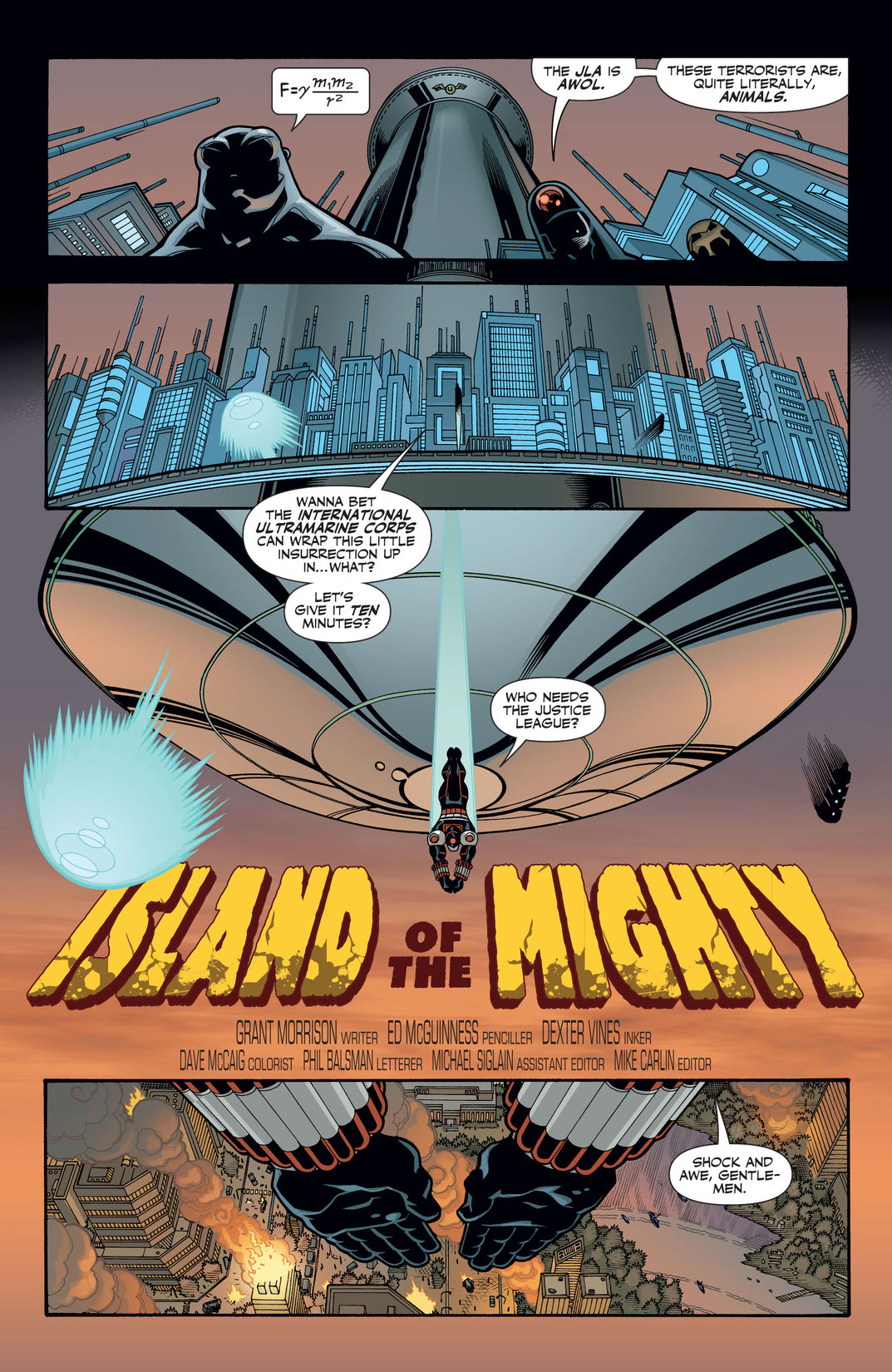 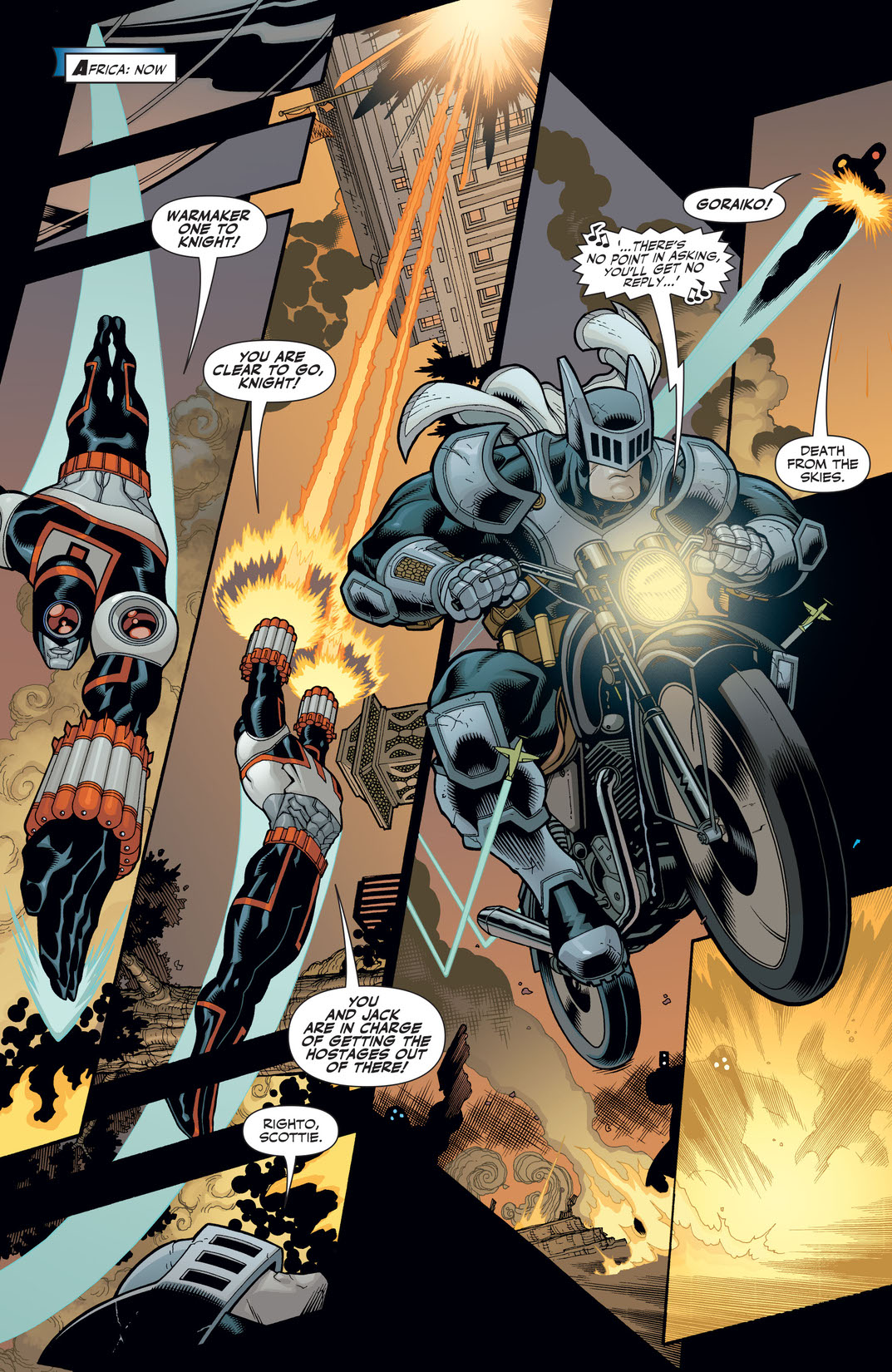 A Justice League three-part tale written by Grant Morrison with art by Ed McGuinness! The Ultramarine Corps take the brunt of an assault by Gorilla Grodd's guerrilla-militia. But where's the JLA? Only Batman remains to sort out this mystery!