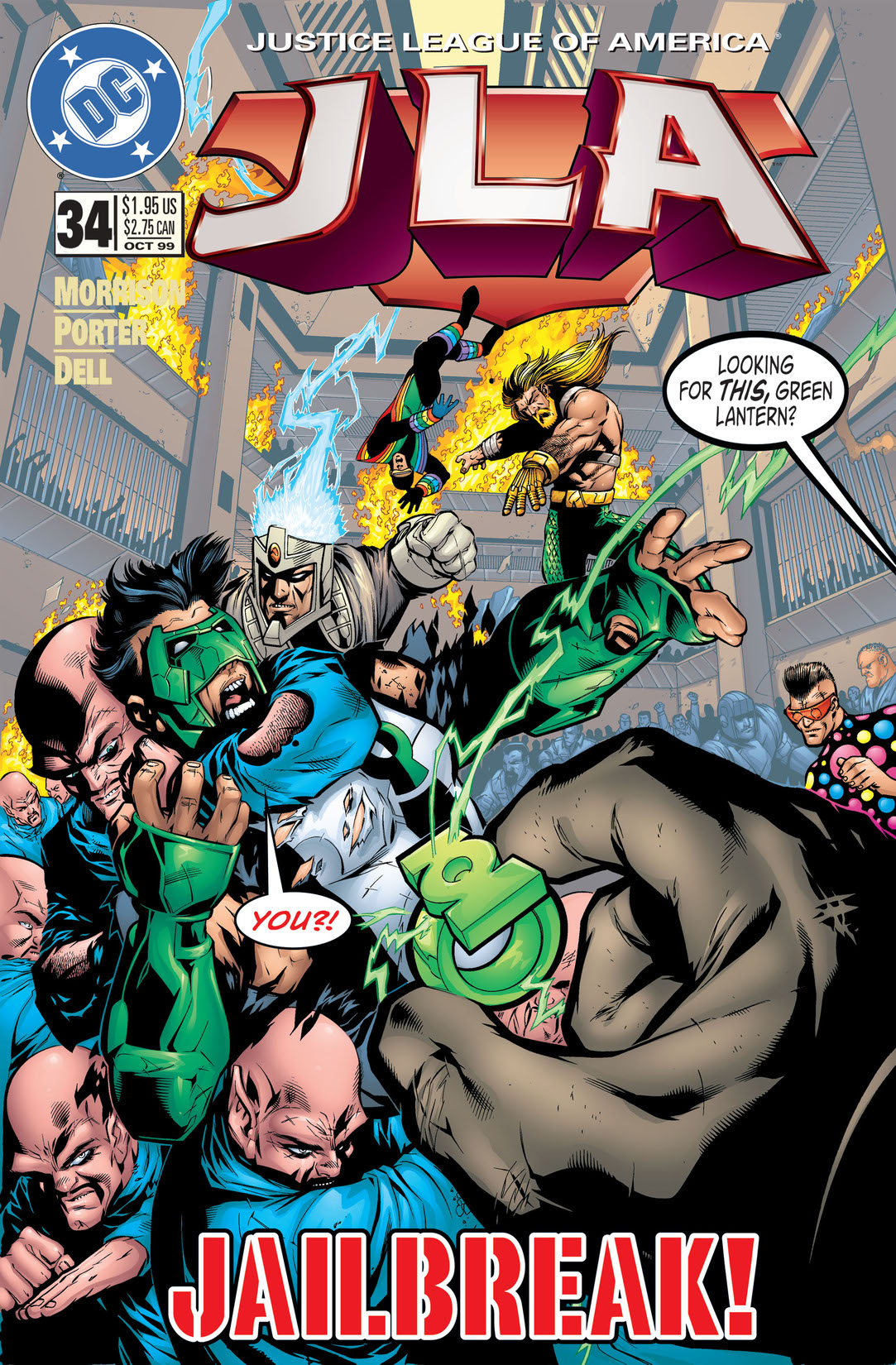 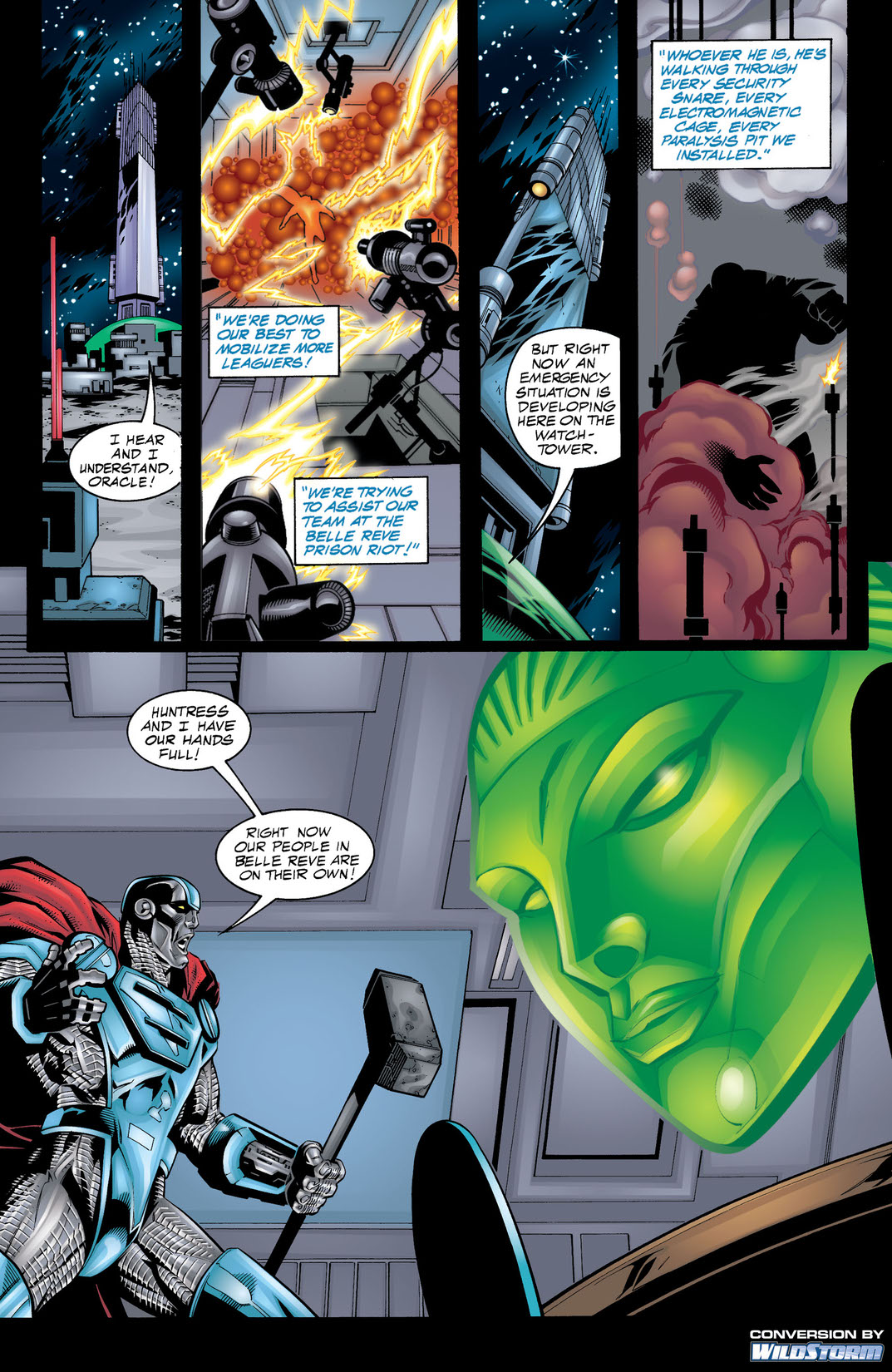 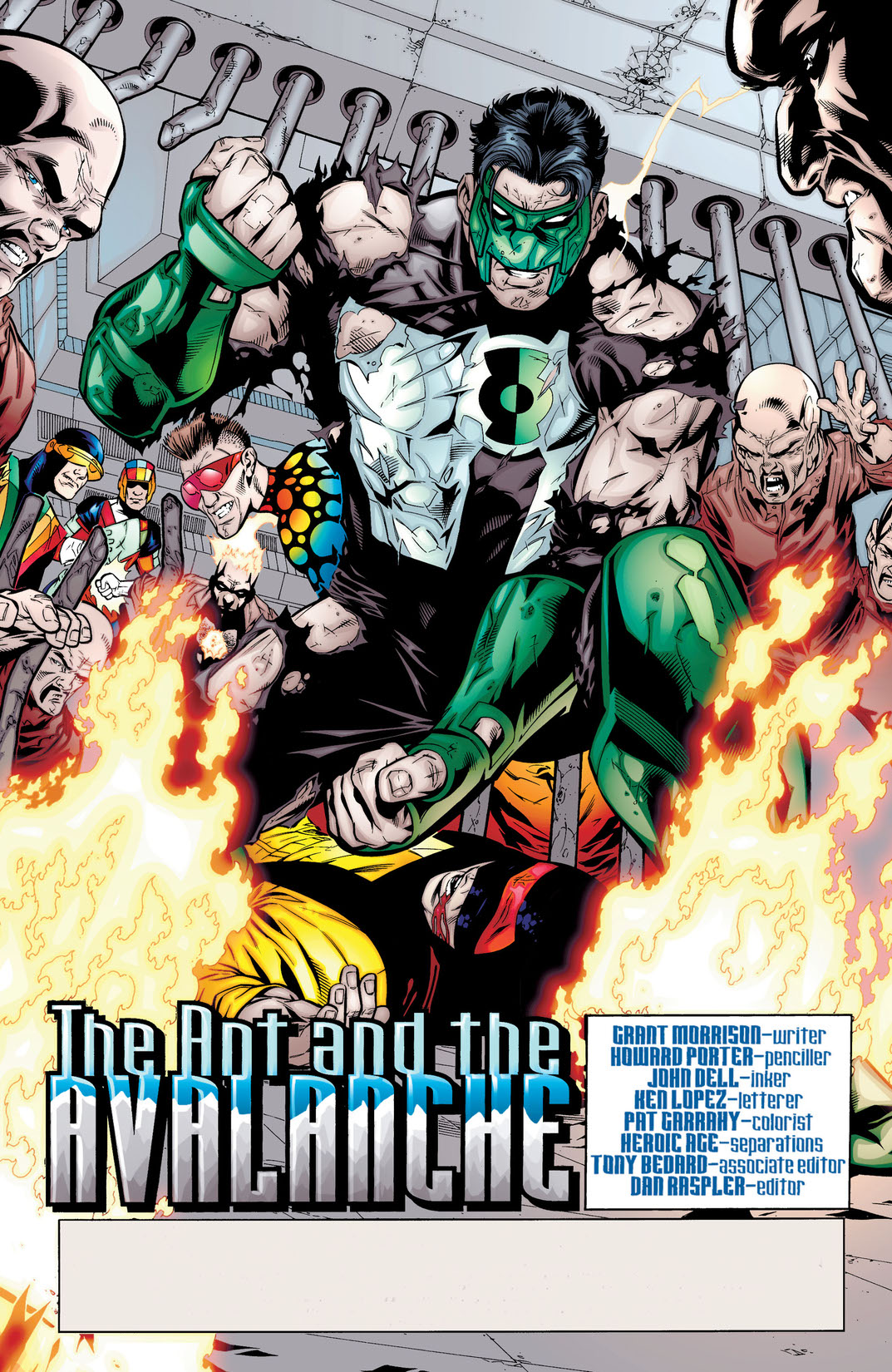 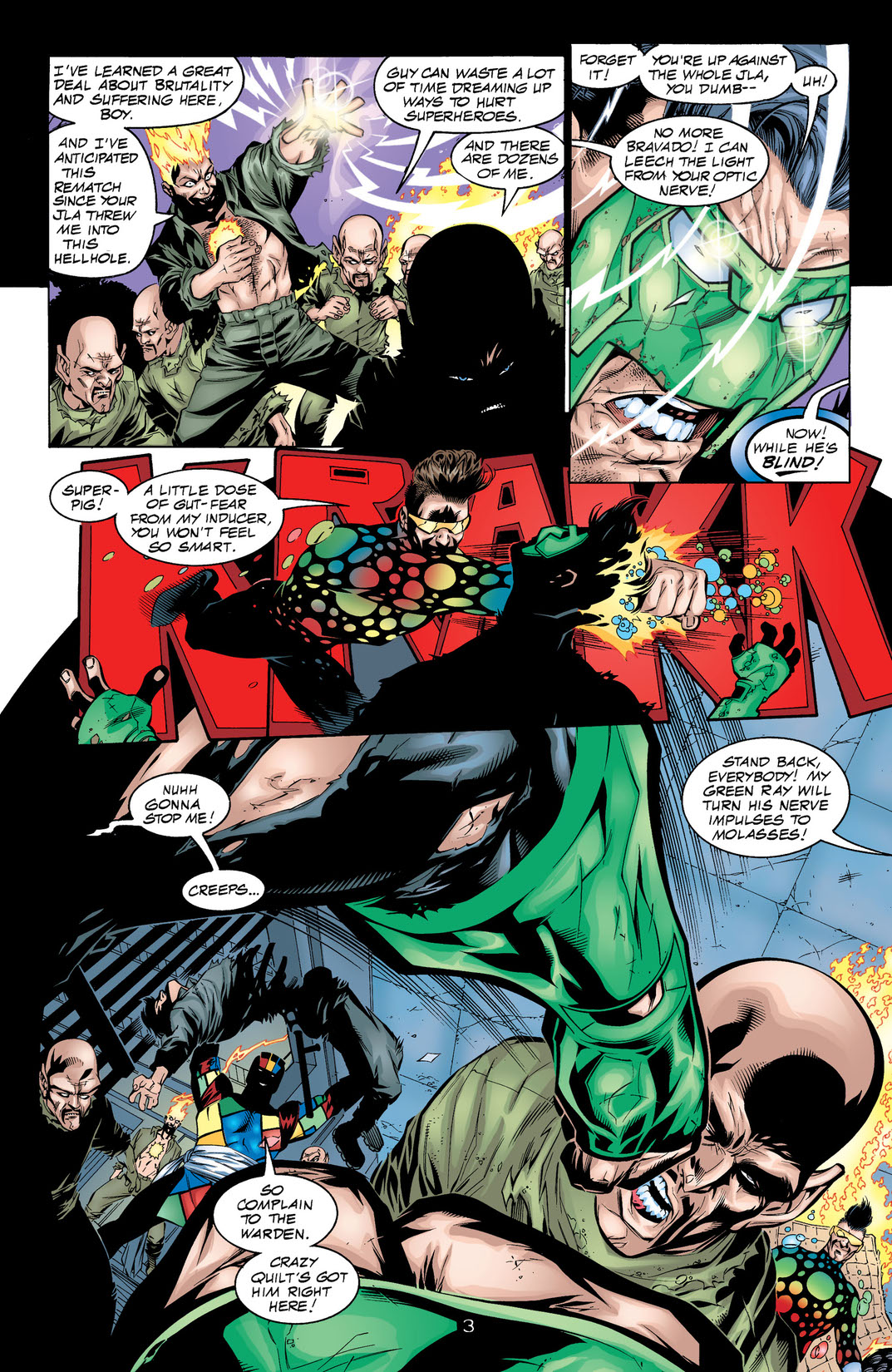 Setting the stage for Grant Morrison's final JLA storyline! A massive prison riot erupts at Belle Reve, a penitentiary for the worst villains on Earth! But when Green Lantern arrives to put down the uprising, he finds a sinister force behind the revolt—and loses his power ring!