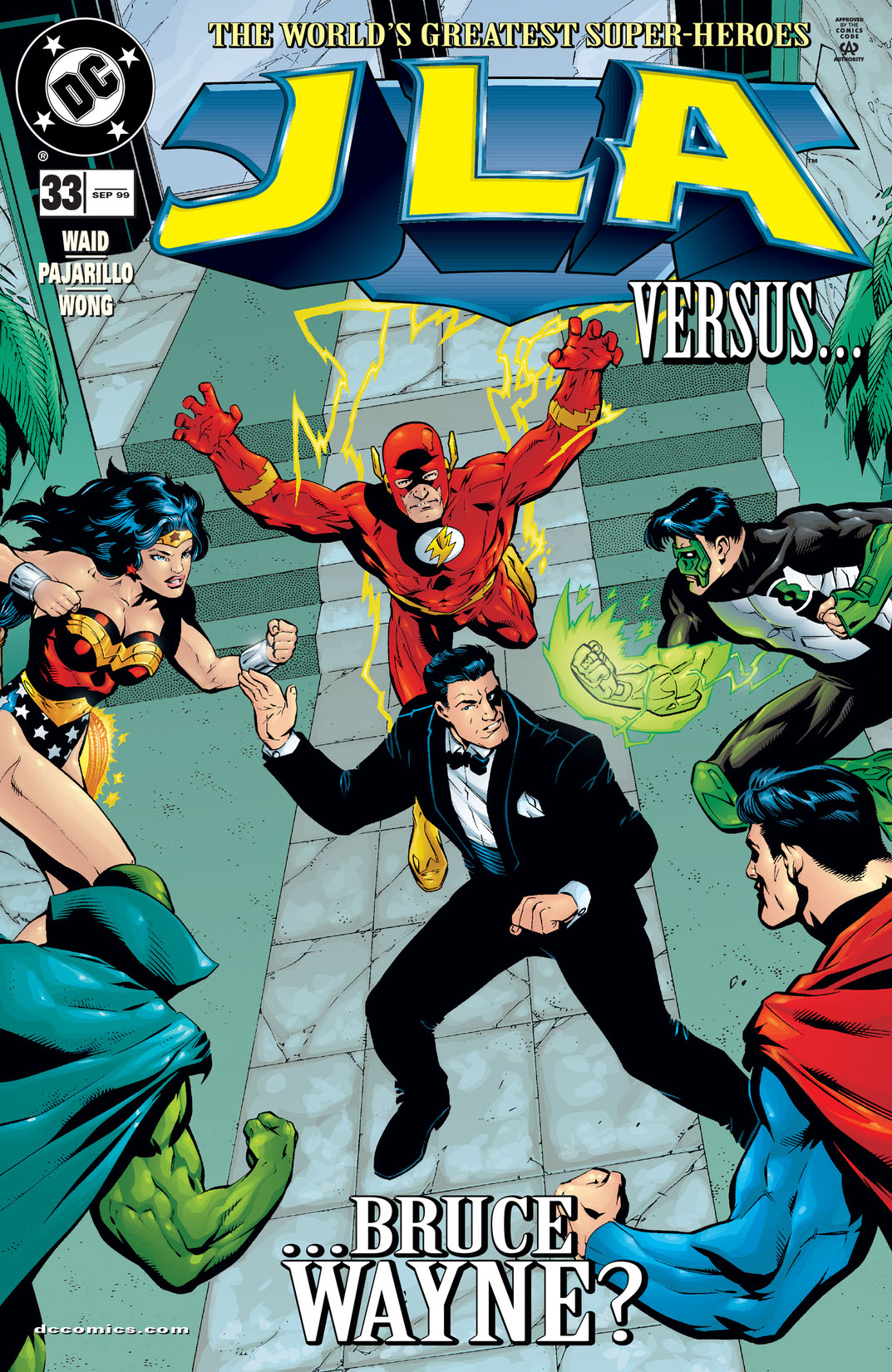 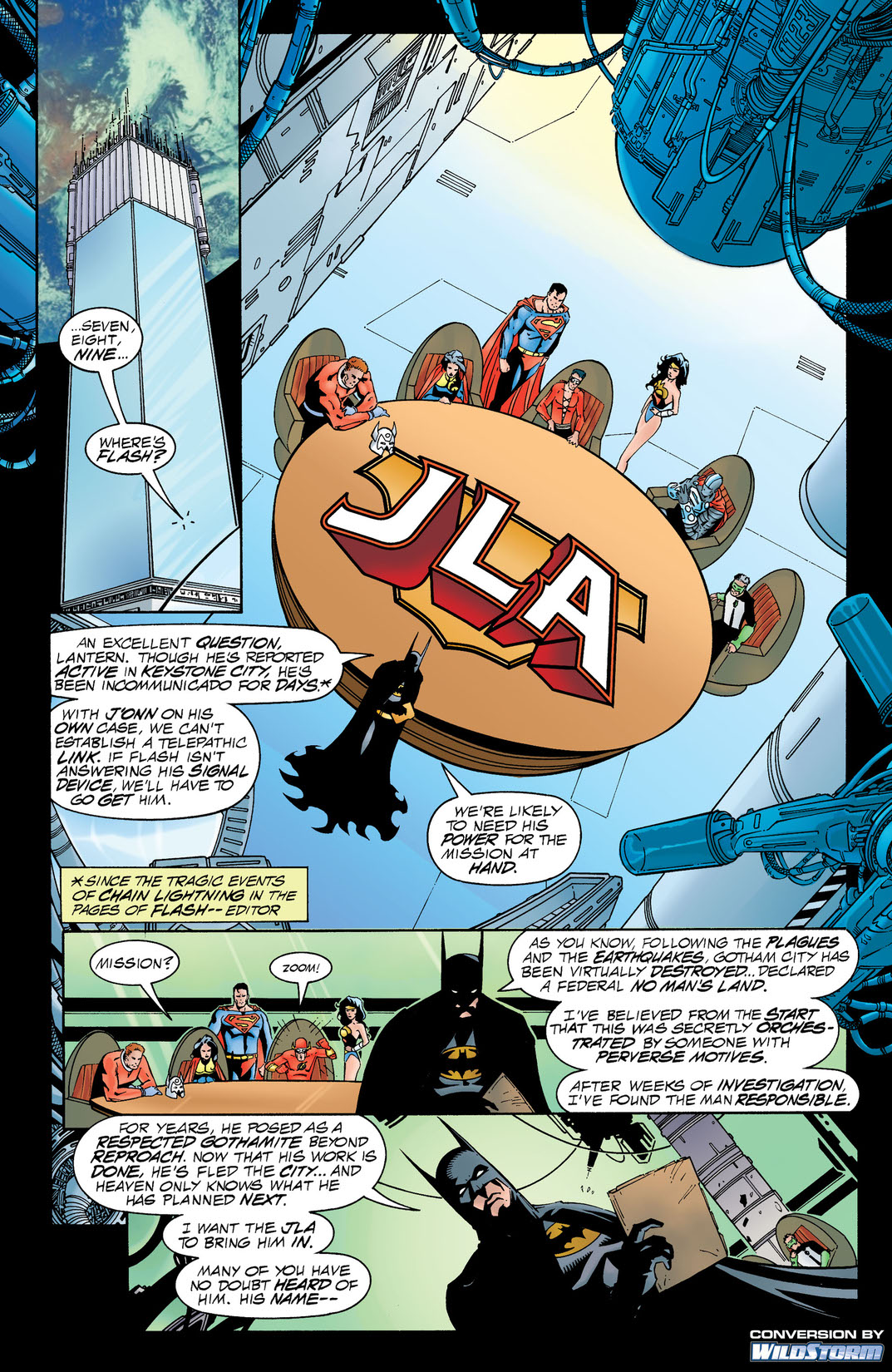 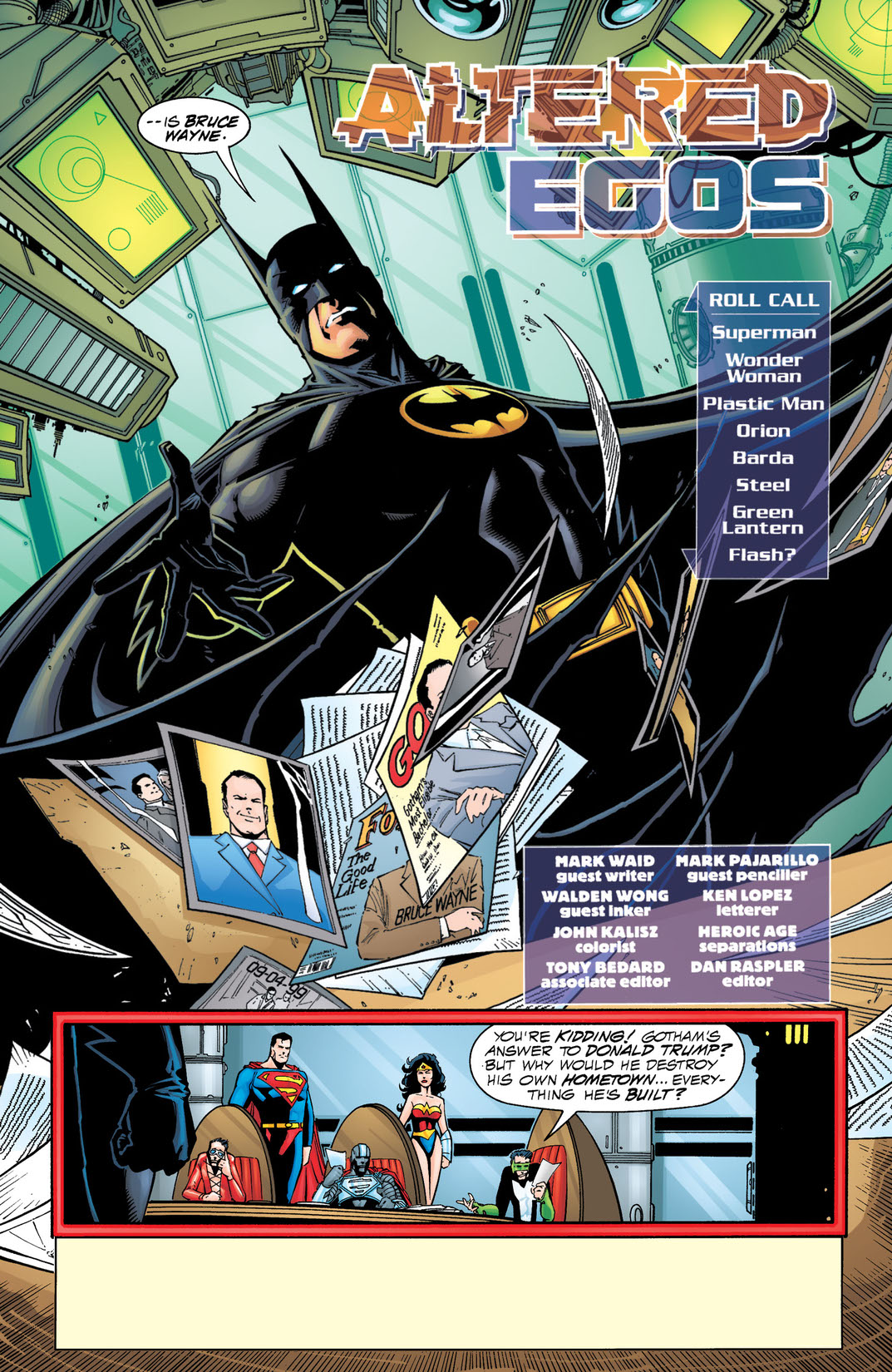 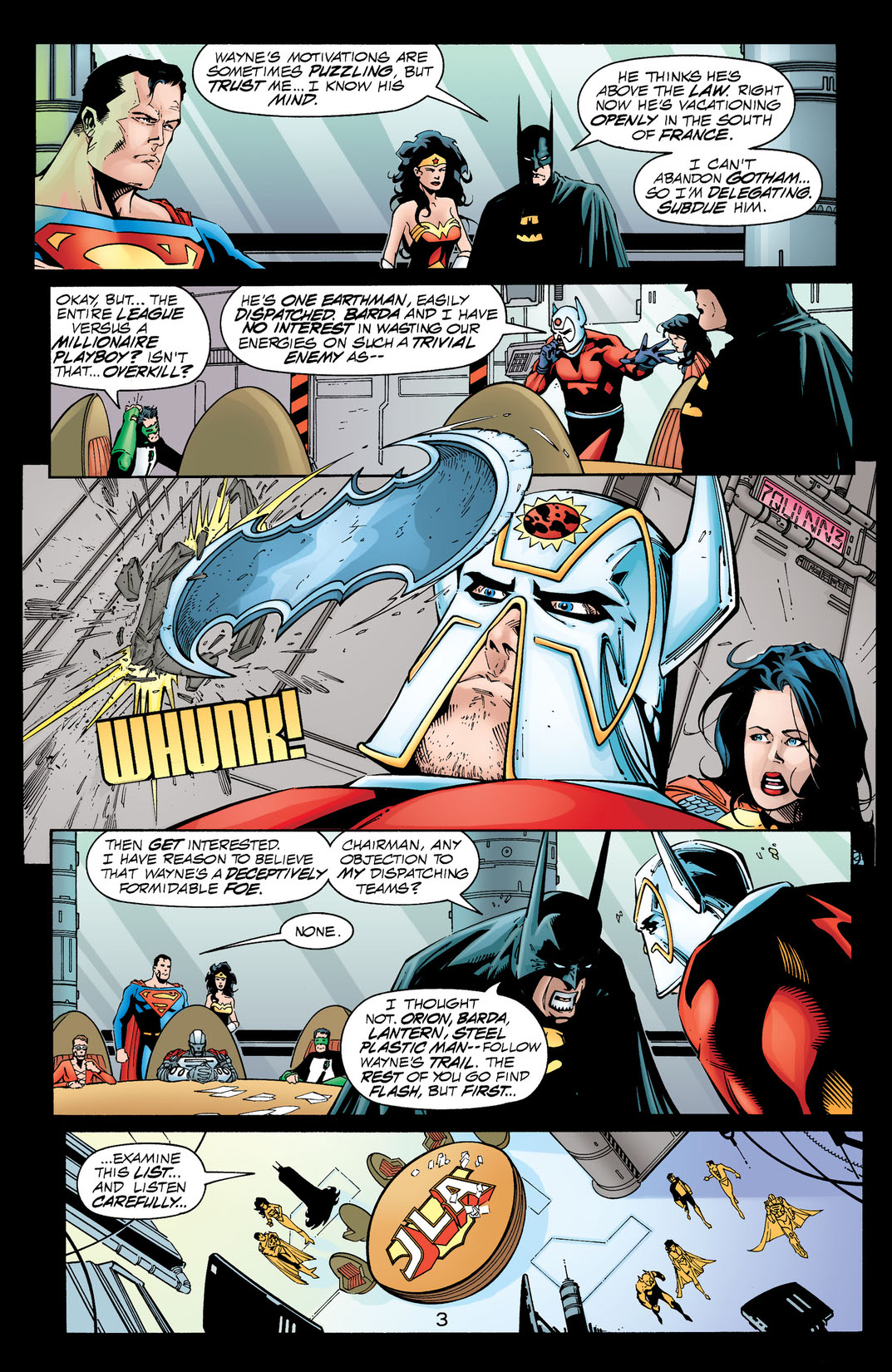 Part 2 of a 2-part storyline guest-written by Mark Waid explores the role the JLA had in managing the destruction caused by the earthquake in Gotham City during the hit event 'No Man's Land.' And now they have a suspect behind who caused it all—Bruce Wayne?!