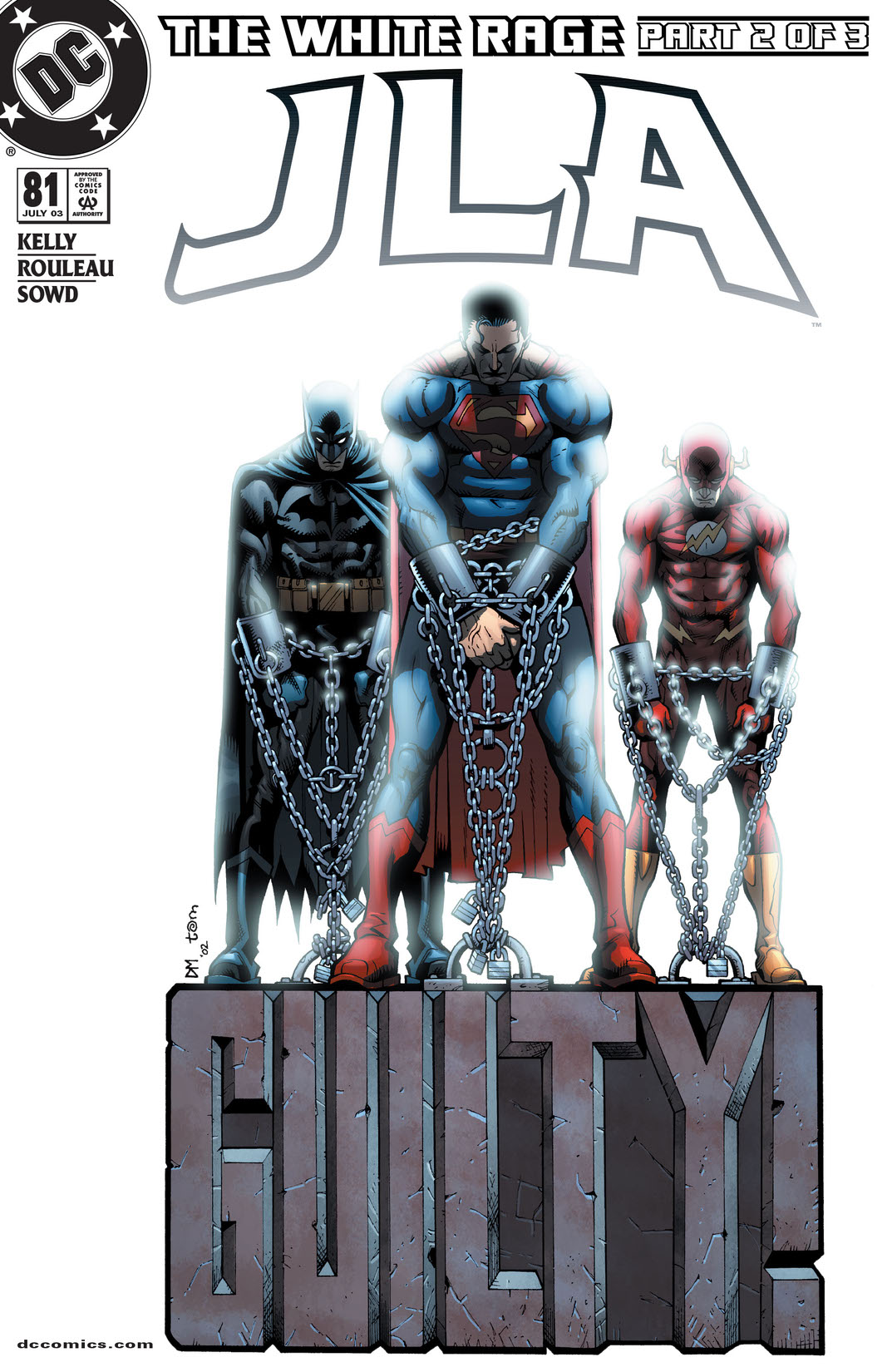 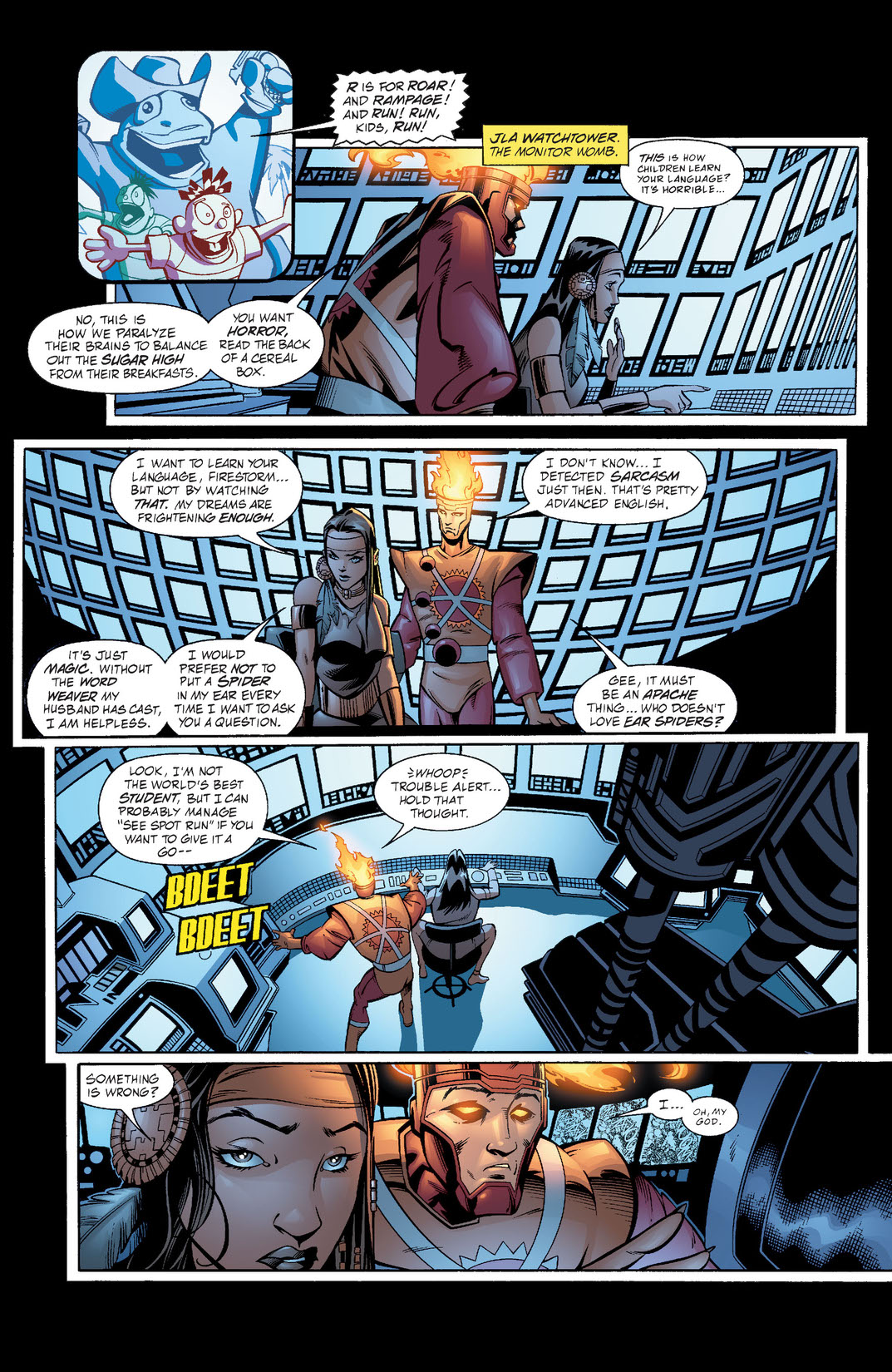 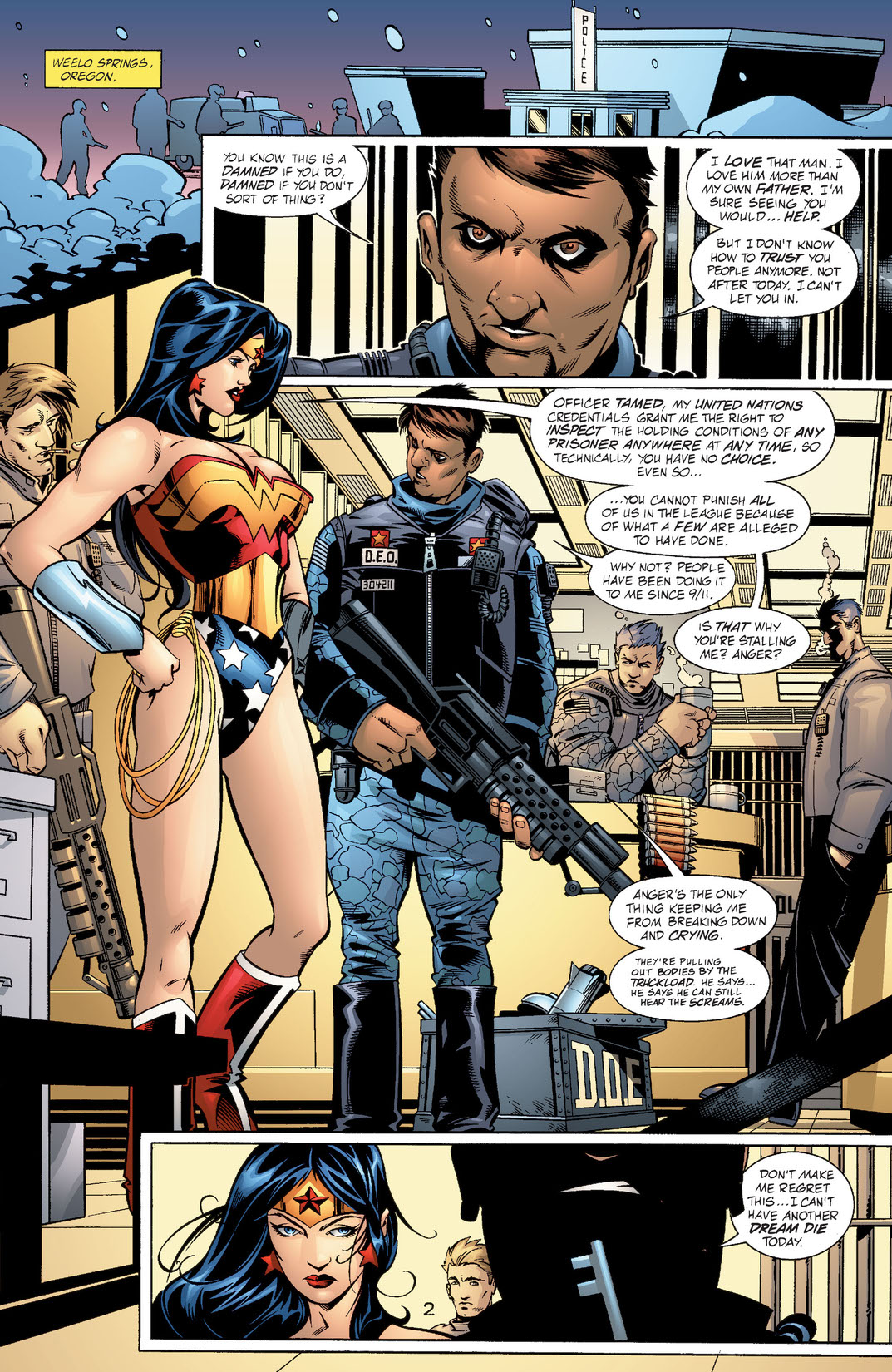 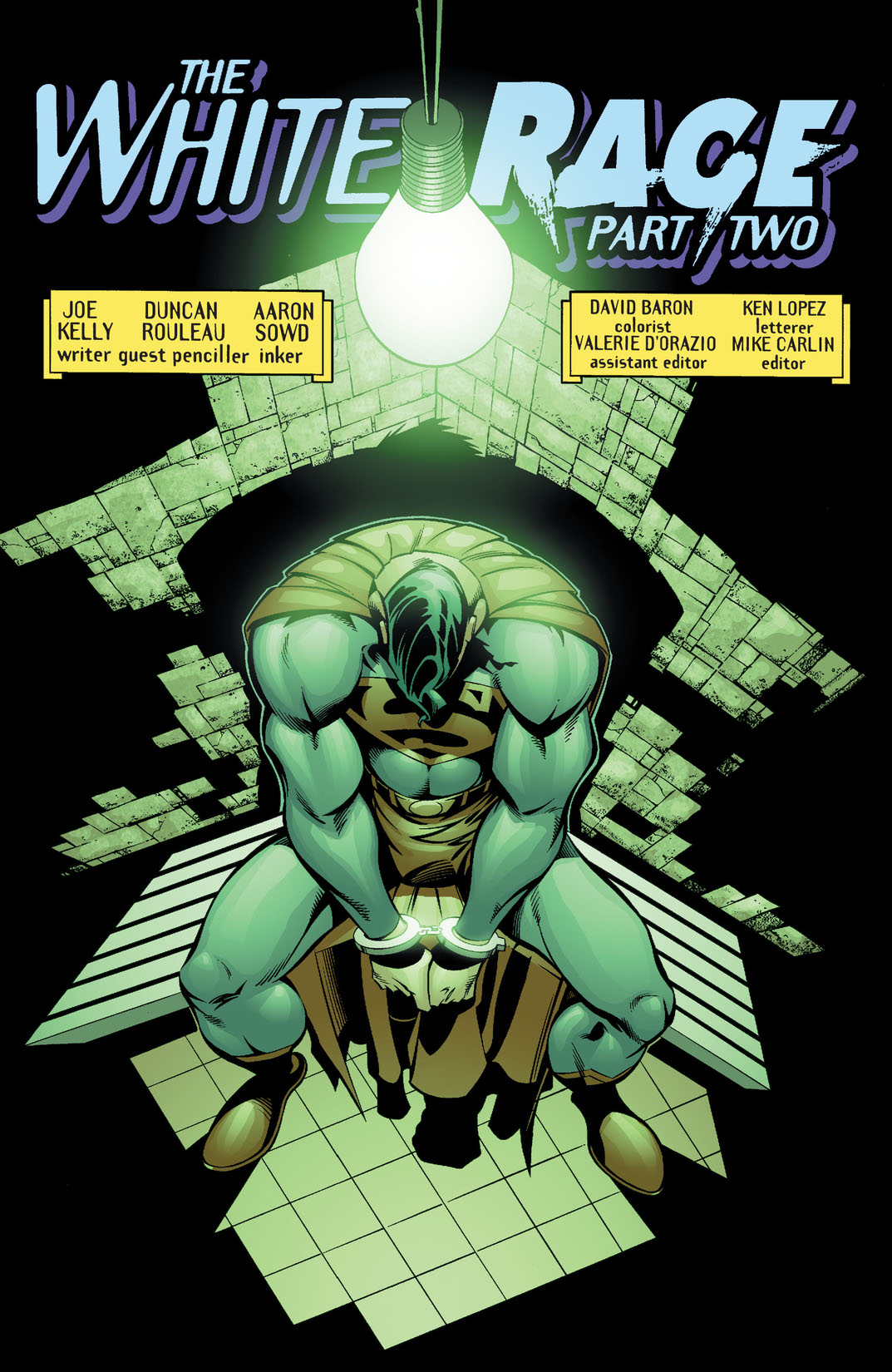 Wrongfully branded as murderers, the original members of the Justice League are on the run, dodging attacks by the U.S. military. But three heroes refuse to believe the allegations against the JLA and band together to rescue them! 'The White Rage' part 2.